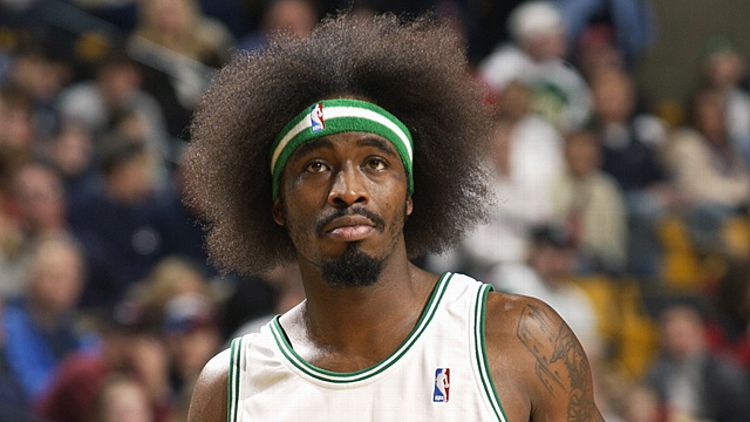 On Friday night, this year’s NBA Development League draft took place, an event that included considerably more Ricky Davis than last year’s draft. The D-League is still very much the minor league you think it is, in stature and with respect to player compensation — the D-League consists of a three-tiered salary structure ($25,500, $19,000, and $13,000 annually) alongside a $40 food per diem and health insurance. But it has gradually become the viable talent feeder system that David Stern envisioned when 14 of the league’s 17 teams became direct affiliates to NBA franchises. Your local collection of weird players is closer to the NBA than ever. What’s that rumble in the distance? It sounds like amazing is about to happen!

What made 2013’s draft strange, besides the fact that it was conducted in a conference room? Well, this year’s pool featured a handful of NBA vets without many options left (James Johnson, CBA record holder Quincy Douby, Davis) as well as a number of exciting wild cards who will now begin their careers as American pros, passing up foreign money in order to stay under the noses of NBA GMs. While it’s easy to scan past D-League draft results in order to rattle off players who never made it, the league has certainly exported its fair share of leaguewide successes (Jeremy Lin, Danny Green, 2013 NBA draft pick Glen Rice Jr.). So, what happened Friday night? Let’s discuss.

Five rounds were in the books before Davis came off the board to the Erie BayHawks. Would you like to guess who Erie’s NBA affiliate is? The New York Knicks. Who else?

Milwaukee lottery pick Giannis Antetokounmpo is one of the NBA’s most intriguing prospects, a precocious, freakishly athletic guard/forward hybrid who has a rags-to-riches backstory tinted by nationalistic concerns in his native Greece. His older brother and former teammate, Thanasis, was selected in the first round by Delaware’s new D-League franchise, the 87ers. To complete the trifecta, Antetokounmpo’s younger brother, Kostas, will play high school ball in Milwaukee suburb Whitefish Bay. You know what, I love the Antetokounmpos! They’re great. Give them a reality show. Greek Freaks and Geeks, maybe? Should we get James Franco in on this? Should we keep James Franco out of this? Is anyone still with me?

Two other notable relatives were available for selection this year: Dikembe Mutombo’s “cousin” Harouna Mutombo and Carlos Boozer’s younger brother Charles. Neither were selected. I feel like someone’s marketing director just got fired.

Two of the best names in recent college hoops lore had those names called on Friday night, as Oklahoma alum Longar Longar went in the fourth to Tulsa and Alabama State seven-footer Chief Kickingstallionsims went to Austin in the third.

Imagine Being Whisked Away to …

The most interesting pick of the night was, hands down, the collection of picks from Delaware’s new 87ers, formerly the Utah Flash. Not only did they nab the eldest of the brothers Antetokounmpos, their first selection was former blue chipper Norvel Pelle; they also selected Baltimore/Internet legend Aquille Carr. Pelle, who failed to meet academic standards at St. John’s and Iona, is a Compton-born 7-footer who is still just 20.

Carr, who I wrote about for GQ a couple of years ago, is a volatile 5-foot-6 point guard who was given the nickname “The Crime Stopper” for his mythical, streets-clearing spectacle at Baltimore’s Patterson High. Though Carr has a YouTube reputation that supersedes even that of Andrew Wiggins, he struggled in his attempt to play overseas at Adidas EuroCamp, and turned down a Chinese contract offer after deciding to skip out on his pledge to Seton Hall. So no one has any clue what this guy’s deal is, outside of the fact that he might be one of the smallest players to ever make the NBA. Let’s just say that it’s not lost on me that, as soon as Allen Iverson has shut the door on his playing career, the Sixers’ affiliate brings on Carr, easily the most Iversonian prospect in the pool, on the court and off.