NHL Weekend: All Is Rusty in Edmonton 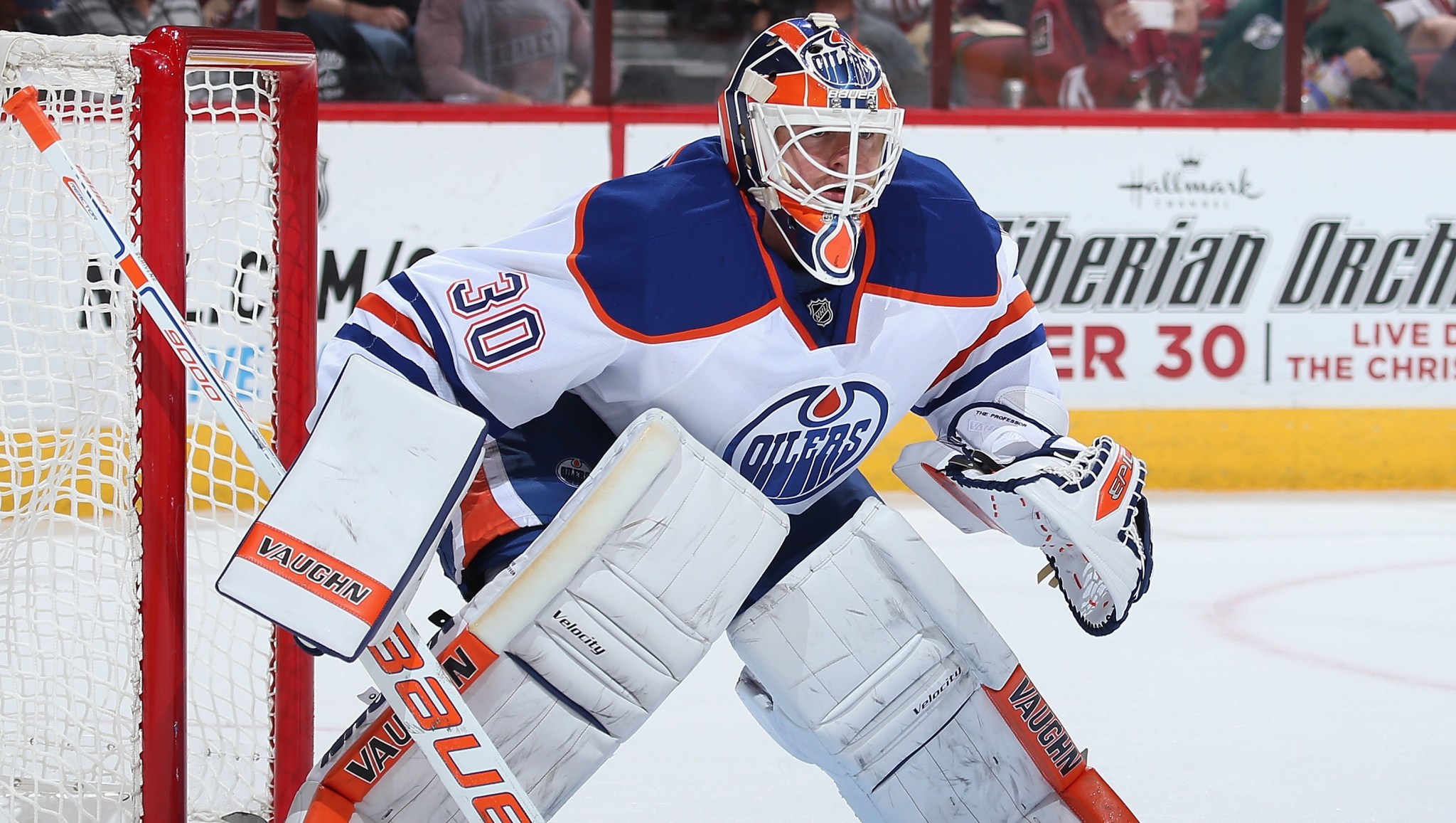 Last week we talked about the value of patience, and of not overreacting to an especially hot or cold streak over the season’s first few games. But sometimes a short streak isn’t just a short streak, but the continuation of a long-term pattern. And when that’s the case, it gets a lot tougher to appeal to a fan base’s sense of patience.

No team is riding a more embarrassing long-term stretch than the Edmonton Oilers, who’ve been among the worst teams in the league ever since their surprise run to the Stanley Cup final in 2006. That included three straight years in which the Oilers picked first overall at the draft, which is the sort of injection of surefire young talent that’s supposed to make an eventual run of success all but inevitable. It hasn’t happened yet in Edmonton, and it’s starting to look like it never will.

Last year, the Oilers went into the season with a new coach and plenty of optimism, then saw any hopes of so much as sniffing the playoffs smashed by the end of October thanks to a horrific start marked by laughably bad goaltending and defense. This year, somehow, they’ve been even worse. The goaltending and defense are awful once again, they’re sitting in last place overall, and the early reviews have been withering.

There are a handful of positive signs, including a respectable effort in their most recent loss, a 2-0 decision to Vancouver on Friday night, and a rock-bottom PDO that suggests they can’t possibly be as bad as the scoreboard says they are. But given recent history, it’s hard to tell an Oilers fan to stay optimistic. Somehow, they may be just weeks away from once again turning their attention to organizing draft lottery parties.

To a lesser extent, we’ve seen a similar reaction in Toronto. The Leafs haven’t been awful — they’re 2-3-1 and have shown some improvement as a puck possession team after emphasizing that all summer — but they’ve already had a pair of home games interrupted by fans tossing jerseys on the ice. That sort of display seems vaguely ridiculous just six games into a season, and it is. But when you’ve only won three playoff games in a decade, it’s hard to act surprised when your fans jump the gun.

We’d probably see the same sort of reaction in Winnipeg, except they’re still in the final stages of their honeymoon period, and in Florida, except nobody’s at the games. And then there’s the Avalanche, who’ve recently seen long stretches of losing interrupted by the occasional Cinderella season — inevitably followed by more losing. Their fans may not know what to think right now, but that picture is clearing up by the game. More on them in a minute.

• San Jose Sharks (4-1-1, +5 goals differential): Yesterday’s 4-0 loss to the Rangers doesn’t worry me too much, since it was the Sharks’ fourth road game in six nights. Some uncharacteristically poor possession numbers, on the other hand, are a concern.

• Montreal Canadiens (5-1-0, even): An emotional win over Boston moves them into the top five, bumping the 3-4-0 Bruins off the list. The dead-even goals differential looks odd for a 5-1-0 team; you can thank our next team for that one.

• Tampa Bay Lightning (3-1-1, +7): If I’m going to include the Habs on the list, I suppose I also have to add the team that smoked them 7-1 one week ago. Ben Bishop has been fine and Steven Stamkos looks unstoppable, but a potential long-term injury to Victor Hedman will hurt.

• Anaheim Ducks (5-1-0, +8): They lost to the Penguins and needed a shootout just to beat the Flyers, but a pair of weekend wins over the Wild and Blues were impressive.

• Los Angeles Kings (4-1-1, +5): With no team really dominating right now, we’ll play the champion’s advantage card and give the Kings the top spot. They’ve won four in a row, including a 2-1 decision over the Wild yesterday despite being outshot 41-16.

A pair of teams from last week’s top five drop off our Cup contender list, although in both cases that has more to do with the NHL’s oddly imbalanced early schedule than anything they’ve done or not done. The Penguins still look good, but after a loss to the Stars and a win over the Islanders, they’ve only played four games and won’t play a fifth until Wednesday. The Blackhawks are also stuck at just four games played, and their early schedule has been light on legitimate contenders. Both teams should be back in the top five soon enough, but with most of the other top teams having played six games, it’s hard to make a case for the Hawks or Pens based on just four.

• Florida Panthers (1-2-2, -6): Their only win came against the Sabres, which at this point barely even counts. Aaron Ekblad looks good, though.

• Winnipeg Jets (1-4-0, -7): Tomorrow’s game against the Hurricanes looms as a big one in the early season Connor Watch. Speaking of which …

• Carolina Hurricanes (0-2-2, -5): Made a strong push for the top spot by losing to Buffalo on Tuesday, but a respectable effort against the Rangers keeps them from challenging the Big Two for at least one more week.

• Buffalo Sabres (1-5-0, -14): The win over the Hurricanes was a concern, but they responded admirably with back-to-back shutout losses to the Panthers and Bruins to reestablish their Connor Cup favorite status.

They had 112 points last year, but at this point I’m not sure how much longer I can keep the Avalanche off this list. Saturday’s loss to the Canadiens dropped them to 1-4-1 and only the Jets are keeping them out of last place in the Central. Their possession numbers are still awful, and now they don’t have Semyon Varlamov to bail them out for at least the next few games.

Even if the early optimism over Varlamov’s recovery time holds up, there are still plenty of warning signs of a rough year ahead in Colorado. In theory, the Avalanche should get a good chance at turning things around this week thanks to a schedule that serves up the Panthers, Canucks, and Jets. If they can’t pocket at least four points out of those games, look for them to make their debut in the bottom five next week.

Meanwhile, some teams that were expected to make appearances in this section aren’t anywhere close. The Senators (4-1-0) and Predators (3-0-2) are challenging for their division leads, and even the Flames (4-3-0) have been respectable.

• Sharks forward Joe Thornton recorded the 1,200th point of his career on Saturday.

• The surprising Capitals are the only team left in the East without a regulation loss. This week they head out for a Western Canadian road trip through Edmonton, Calgary, and Vancouver.

• The West has two teams without a regulation loss: the Predators and Blackhawks. They met on Saturday in a game that went into overtime, with Chicago earning the extra point thanks to a short-handed goal from Jonathan Toews.

• The Islanders’ quest for a perfect season came to an end with Saturday’s loss to the Penguins, but at 4-1-0 they’re still sitting in first place in the Metro.

• Dallas and Philadelphia served up the most entertaining game of the weekend, a 6-5 Flyers OT win. Claude Giroux scored the winner, while Tyler Seguin and Jason Spezza each had four points in a losing cause.

• The Rangers scored twice in four seconds during yesterday’s win over the Sharks. That was just one second shy of the NHL record for fastest two goals by one team. New York winger Rick Nash leads the league with seven goals.

• Finally, Jason Zucker suffered the weekend’s scariest moment, although he wound up being OK. How many years before we look at players who don’t wear neck guards the same way we now look back at players who wouldn’t wear helmets?

World Series Preview: Five Keys to Victory for the Royals and Giants