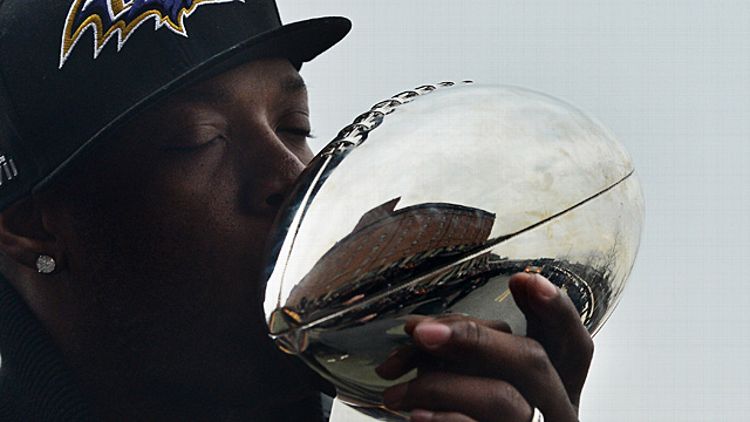 The NFL is king. Any Grantland reader knows that. But in Las Vegas, the National Football League’s dominance requires an even stronger description. According to Jimmy Vaccaro of William Hill sportsbooks, NFL Futures betting is 20 times bigger than college football action. For every $1 bet on the BCS title winner, $20 is bet on the Super Bowl winner.

NFL Futures odds are an unmatched indicator of what the average fan thinks — and, based upon the “Wisdom of Crowds” concept, an unmatched predictor of the future.

Every sportsbook I talked to reported the same three teams receiving the most betting action: Denver, Seattle, and San Francisco. These three teams are among the Super Bowl favorites.

Denver’s odds have improved the most of any team’s since February (from 9/1 to 6/1). Many wise guys ranked the Broncos as the best team in the league throughout the second half of last season. Pro bettor Chuck Edel makes the case that Peyton Manning was physically less than 100 percent early on, and that an improvement from his still stellar 2012 can be expected. Others note the easy division and the addition of Wes Welker. “The public is all-in on the Broncos short of Peyton’s arm falling off,” the MGM’s Jay Rood told me.

Surprisingly, Seattle has received the most betting action of any team (improving from 16/1 to 11/1). Russell Wilson certainly has a big fan club, and handicapper Scott Spreitzer feels as if Wilson’s elite intangibles will fuel a quantum leap during his second season. The Seahawks very likely have the strongest home-field advantage in the NFL (covering the spread in 62 percent of home games since their new stadium opened in 2002). But Seattle’s road performance is inversely inept (covering only 39 percent ATS on the road during the same period). With road games in Houston, Indianapolis, Atlanta, New York (Giants), and San Francisco, the Seahawks will have to travel better if the Super Bowl is the expectation.

San Francisco is the third and final of the most-backed teams. As Chris Brown discussed, how the league adjusts to the read-option is a key question. Typically, big-name injuries are overvalued by the betting public, yet multiple experts I’ve talked to believe the Crabtree injury will be a huge negative for the 49ers.

Where are the Patriots? Downgraded from 8/1 to 10/1, New England is not one of the two Super Bowl favorites entering the season — for the first time since 2003. Think about that. That’s incredible consistency in this age of parity.

The defending champions have been another major downgrade since February. Baltimore opening at a robust 20/1 is a sign of how much more informed the average sports bettor is today. Before the Internet, the betting market would have focused more on the Ravens being the champs rather than on retirements and likely free agency losses. Even so, the initial pessimism was not enough, with Baltimore dropping to 30/1 in the months since.

Minnesota is the last of the major downgrades (from 38/1 to 65/1). The Golden Nugget’s Aaron Kessler told me: “Bettors are looking past last year’s 10-6 record and realizing that this is a similar team that went 3-13 in 2011, except without any offensive playmakers at all.”

Atlanta is a team the public is high on while the wise guys are fading. In 2012, the Falcons outgained opponents by only 60 yards over the course of the entire season. Starting in Week 8 this season, Atlanta plays six of nine games on the road. “Everyone knows this team is a fraud, 8-8 and mediocre in 2013!” says Steve Fezzik, the only two-time LVH SuperContest winner. The Colts are held in similarly low regard. Last season’s 11-5 record is impressive on the surface, but Indy was actually outscored by opponents.

If your team is not at the top of the list, don’t fear: The last five Super Bowl champions were no better than 16/1 entering the season. However, the same history is against the teams at the bottom of the list: Those same last five Super Bowl champs entered the season no worse than 22/1. Now is the time to look at the grid above to see which teams fall within that sweet spot.