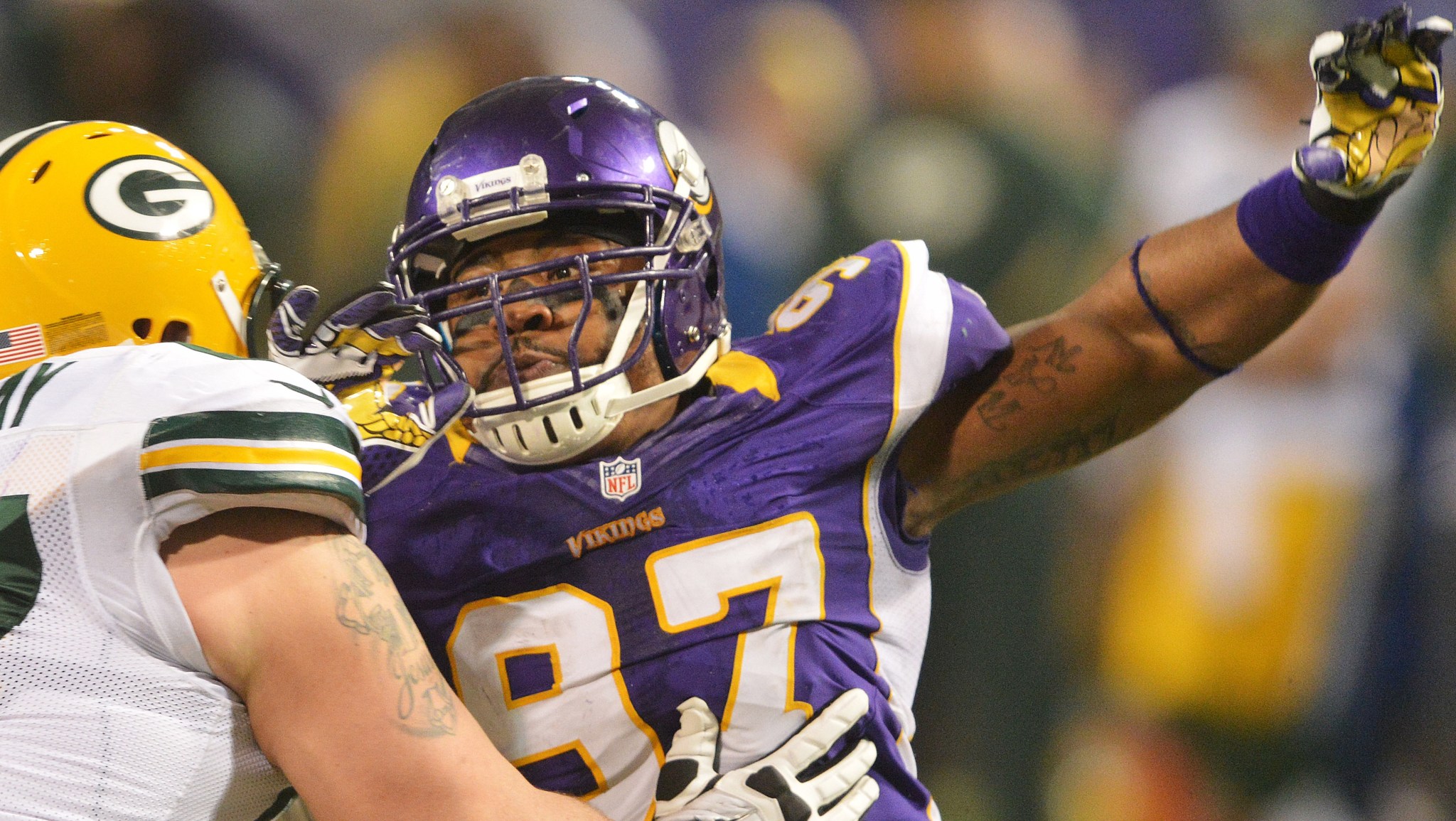 When the NFL began to suggest that the salary cap would unexpectedly increase by $10 million this offseason, it seemed likely that its 32 teams would overindulge in free agency. Well, this weekend all but confirmed those suspicions, and the free-agent market doesn’t even open up until Tuesday. In fact, the players who did choose to re-sign with their teams for surprisingly large sums of money were among the few you might have expected to stand out as relative bargains by the time the clouds of cash had settled. As NFL teams, players, and agents negotiate in this 72-hour window before free agency, one thing is for sure: This weekend was just the tip of the iceberg. A staggering amount of money is about to change hands.

If you want proof, consider the new deal handed out to Everson Griffen. You know, Everson Griffen! That guy even your grandmother who doesn’t like football always asks about, that Everson Griffen. What? You haven’t heard of Everson Griffen? Well, you might have read about him in Friday’s free-agent previews as a possible low-cost pass-rusher, but otherwise, he’s a pretty anonymous professional football player. Griffen is a quant favorite because he has produced 17.5 sacks as a reserve defensive end during his four-year career. He spent last year as a backup on the league’s worst scoring defense, suiting up for just less than 60 percent of Minnesota’s defensive snaps.

It’s not clear whether Griffen is a great player, but from this point forward, he’s certainly going to be paid like one. On Sunday, the former USC star reportedly signed a five-year, $42.5 million contract to stay with the Vikings, a deal that guarantees him a whopping $20 million. To put that in context, the list of players who hit the 2013 free-agent market and came away with more guaranteed money than Griffen is exactly one: Mike Wallace. It’s similar to the contract the Browns gave to Paul Kruger last year, but Kruger was coming off of a monster second half and impactful postseason that coincided with his first serious playing time as a pro. (It seems also worth pointing out that the Kruger deal looks to be a bad one, given that he produced just 4.5 sacks in his first season with Cleveland.) One more and then I’ll stop: Griffen has more guaranteed money in this deal than Seattle handed out in total money last year to Cliff Avril and Michael Bennett combined.

Meanwhile, in Green Bay, the Packers took the market’s temperature and quickly found they would rather pay up to keep one of their own in-house. Sam Shields was one of the better options available at his position heading into free agency, but cornerback is arguably the market’s deepest spot, with both upper-echelon young players and oodles of possible veteran contributors available. Shields has shown flashes of great play during his four years in Green Bay, but he’s been inconsistent and is yet to make it through a complete season without an injury.

Despite those concerns — and a month of reports that the Packers wouldn’t meet Shields’s asking price of $7 million per year — the team came to terms with its young corner on a four-year, $39 million contract. Shields receives a $12.5 million signing bonus, and while there’s no word yet on the specific guaranteed figure, the Miami product is in line to receive $30 million over the first three years of the deal. If the base salaries of the first two years are guaranteed, Shields just picked up the fourth-largest guarantee for a cornerback, which is pretty impressive, since he might have only been the fourth-best corner available in free agency after Aqib Talib, Alterraun Verner, and Dominique Rodgers-Cromartie.

All that isn’t to say Griffen and Shields won’t be worth their new contracts, but these are staggering sums of money given the context. Normally, given that these players hadn’t yet hit the free-agent market and were re-signing with their current teams, you would expect to see some level of a contract discount. Instead, Griffen and Shields aren’t just receiving market value; they’re changing what market value means altogether. If a career backup gets $20 million guaranteed, what’s Bennett worth? How much should DeMarcus Ware get if the Cowboys cut him? If Shields is worth $10 million per year, how much should Patrick Peterson ask for when he and the Cardinals start negotiating a new deal soon? The answer to those questions was already “a lot,” but in each case, the price of doing business just went way up. 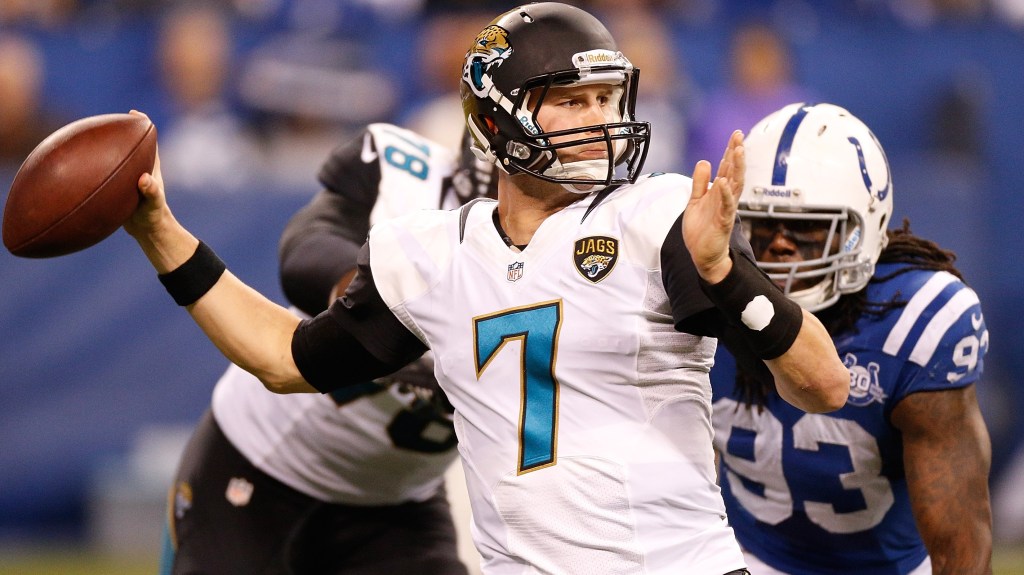 Elsewhere, there are precious few signs of any bargains appearing any time soon. The Jaguars gave a reasonable four-year, $17 million contract to former Seahawks lineman Red Bryant, who likely gave the Jags some sort of discount to reunite with former defensive coordinator Gus Bradley. On the other hand, they also handed Chad Henne a two-year, $8 million deal out of the fear they might somehow be stuck with a starting quarterback worse than Chad Henne. Minnesota topped them by giving Matt Cassel a two-year, $10 million deal, but more on him in a minute.

Others cleared out cap space for the spending spree to come. The Jets released Antonio Cromartie, a widely expected move that will save them $9.5 million on the 2014 cap, money the Jets will likely use on a younger, healthier replacement. Perhaps more surprisingly, the Saints released wideout Lance Moore and are likely to release halfback Darren Sproles after trade feelers were unsuccessful. The moves will save the Saints just more than $6 million combined and are a necessary evil for a team that was just an estimated $2.5 million under the cap before the cuts.

The releases inspired public shock from Saints players. Jimmy Graham tweeted that he was shocked and disappointed by the Saints’ offseason, while Mark Ingram also was “shocked” by the moves. It speaks to what little attention those players were paying toward the team’s bigger picture; the Saints were more than $20 million over the salary cap heading into the offseason, and it was very clear they were going to need to release several high-priced veterans. It might also be fair to point out that Graham’s massive cap hold as a franchise player (which could be in excess of $12 million if he’s determined to be a wide receiver) is part of the financial calculations around these decisions.

While Moore will catch on as a third receiver somewhere, Sproles hits a crowded market of running backs in a league that really doesn’t value the position very highly. Well, sorta. When employed properly, Sproles is closer to Percy Harvin than he is to a running back on the market like, say, Maurice Jones-Drew. He’s going to have more catches than rushing attempts, and that sort of player is perpetually undervalued in NFL circles, just as Danny Woodhead was a year ago before signing for peanuts with San Diego. Sproles could help make a lot of teams better, but it’s tempting to imagine what he could do in Philadelphia, where he wouldn’t be expected to carry the offense as a runner, but could instead split out and catch passes as a hybrid threat in Chip Kelly’s offense. 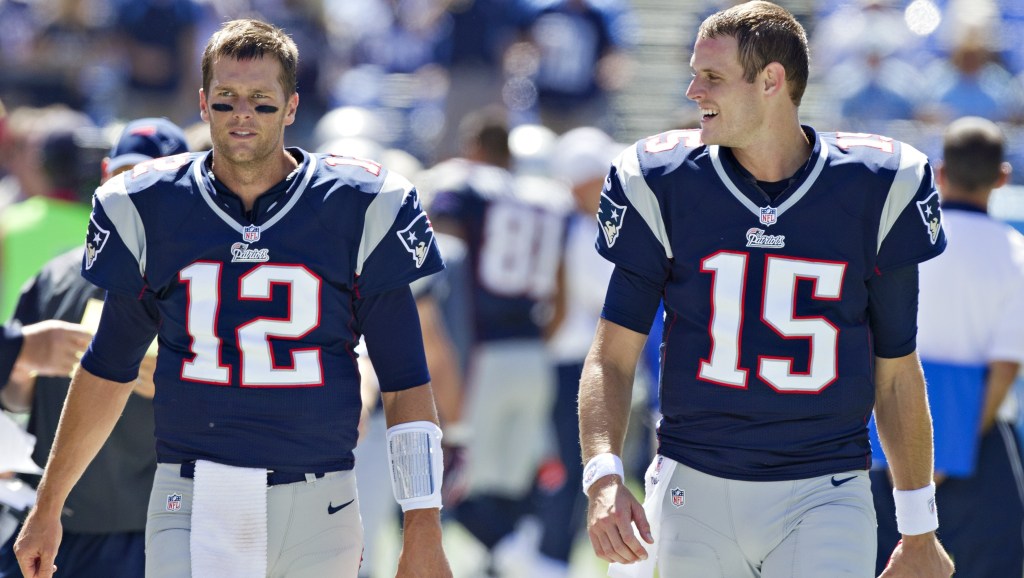 With the free-agent money spigot officially turned on, bargain hunters have instead moved to the trading block, where we’re enduring yet another offseason of Patriots backup quarterback hysteria. This time, it’s the Houston Texans reportedly eyeing former Arkansas starter Ryan Mallett, currently the primary backup to Tom Brady. New Texans head coach Bill O’Brien coached Mallett during the latter’s rookie season in New England, lending some marginal amount of credence to the gossip.

This obviously isn’t the first time a Patriots backup has been rumored to be on the trading block. Ever since Bill Belichick turned to Tom Brady during the 2001 season and came away with a Hall of Fame quarterback, there’s been a certain mystic quality attached to the quarterbacks playing behind Brady. Every time the Patriots draft or identify a quarterback to play behind their incumbent, speculation immediately arises that this is some brilliant move by Belichick to create a tradable asset. Then, when the rumors eventually arise, the backup is somehow more valuable than he was when the entire league passed on him multiple times in the draft because he’s spent years learning at the right hand of Brady.

It’s absurd for a number of reasons. Excluding veterans like Doug Flutie and Vinny Testaverde, let’s run through the history of post-Brady backup quarterbacks in New England, most of whom have received this sort of fawning treatment:

To date, the Patriots have invested two third-round picks, a fourth-rounder, and a seventh-rounder in backup quarterbacks. They haven’t gotten much in return. The only player to assume anything more than garbage-time work was Cassel, who inherited one of the greatest offenses in league history and produced a roughly league-average season. Not coincidentally, he’s the only one the Patriots turned into something, as they dealt Cassel with Mike Vrabel to Kansas City for a high second-round pick (which, for trivia’s sake, became Patrick Chung). Given the picks they’ve used to acquire them, it’s hard to argue that the Patriots have benefited from their young passer strategy.

After leaving New England, those players haven’t been very useful. The Chiefs made it to the playoffs with Cassel in 2010, but it’s fair to say he was dragged there by a league-leading rushing attack, above-average defense, and the easiest schedule in the conference. He failed to live up to his six-year, $63 million deal in Kansas City and eventually made his way to Minnesota, where he re-upped with a two-year, $10 million contract this weekend. He’s a solid backup nobody should ever mistake for a viable starter. Hoyer has bounced around the league, starting a meaningless game for the Cardinals in 2012 before exhibiting some promise playing for the Browns last year. He beat the Vikings and Bengals before tearing his ACL early in his third start, and he will be part of a to-be-determined quarterback competition in Cleveland in 2014.

The jury is still out on Mallett, but it’s hard to fathom that his value has somehow gone up, as the Boston Herald suggests. The Patriots took Mallett with the 74th pick in the third round of the 2011 draft, meaning that each and every team passed on the Arkansas product at least once. In his three ensuing seasons as a pro, Mallett has thrown a total of four passes, one of which was intercepted. He has been a solid citizen since joining the Patriots, which was one of the concerns surrounding Mallett during the pre-draft process, but that maturity comes with the price of age. Mallett will turn 26 in June, and he’s currently entering the final year of his rookie contract. Much of the excess value in drafting and developing a young passer is because players like Russell Wilson and Andrew Luck make a fraction of what they would otherwise get in the free market, allowing teams to spend their savings elsewhere.

The Texans would only get one such year before deciding whether Mallett deserves a contract extension, and the going rate for post-rookie deal quarterback extensions is probably somewhere in the $18 million per year range. That makes him a far less valuable proposition than many of the quarterbacks in this year’s draft, who will have up to five cost-controlled seasons in their rookie deals. Any team interested in Mallett also knows it can wait until next season and go after him at a greatly reduced rate in free agency without having to pony up a draft pick, which eliminates much of the Patriots’ leverage. If the Texans really do want to kick the tires on Mallett, it would be unwise of them to offer anything more than a seventh-round pick.