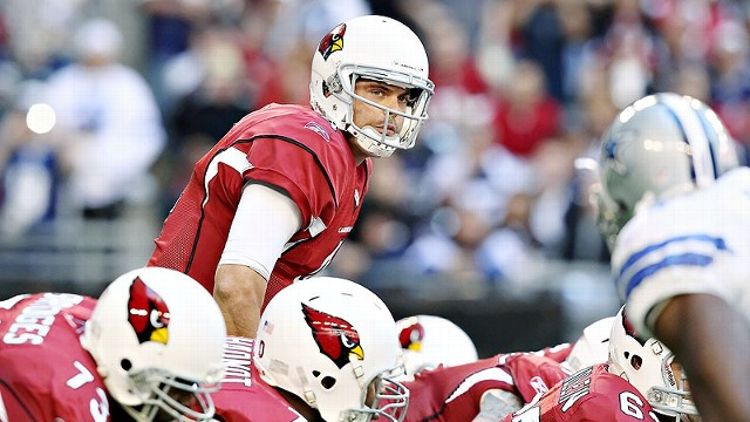 The free-agent market is one week old, and the past three days have seen the flood of new contracts slow to a trickle, but there’s still plenty of talent available at virtually every position. The players who were on the market when free agency opened last week have been joined by a secondary crop of released veterans, most of whom are yet to sign with a new team. It’s such a deep market, in fact, that there are still players of dramatically different archetypes available. There are young guys who deserve a larger role, veterans who can still contribute in rotations or situationally, and buy-low candidates who could be much more than their recent performance seems to suggest. Thanks, stagnant salary cap!

Who’s left? I thought you’d never ask. I’ll go position-by-position and break down those players who are left in one of several different roles. Keep in mind that I’ll be trying to guess which role they’ll fit into over the next year or two, as opposed to what they were in the past, so Michael Turner, for instance, might not fit into the category that he would have two or three years ago. (And that category was “Players without gigantic forks sticking out of their backs.”)

I swear, it’s a big school, but the quarterback class is all but empty after Matt Hasselbeck and Ryan Fitzpatrick signed with the Colts and Titans, respectively, on Monday afternoon. There’s no point in paying a premium for the guys who are left on the top of the market, as Jason Campbell and Brady Quinn were terrible last year when they made it onto the field. Kevin Kolb has a little bit of upside as one of the league’s better backups, but he’s like the mediocre starting pitcher who needs a big park and a good defense behind him to put up decent numbers; Kolb needs a very good offensive line and a pair of receivers who aren’t afraid to get themselves blown up going over the middle to be a functional starting quarterback.

The Dumbest Day of the NFL Year

The Art of Procrastination

That’s more like it. There’s plenty of talent left at running back, and this is without the half-dozen undrafted free agents who’ll be signed off the scrap heap in May before becoming contributors in 2013 and 2014. That Ahmad Bradshaw remains on the free-agent market while Shonn Greene got a multi-year deal from the Titans is downright insane; Bradshaw was overrated during his time with the Giants, but he’d be an upgrade for a half-dozen teams at running back right now, even coming off of a year marred by injuries. His former teammate in New York, Brandon Jacobs, is just two years removed from a season where he averaged nearly six yards per carry on 147 rushing attempts. Jacobs basically sat out last season after falling out of favor with the 49ers, which might’ve actually given his legs a much-needed rest. He should still be a capable change-of-pace back.

One underrated player: LaRod Stephens-Howling, who got the first significant playing time of his career at halfback behind the league’s worst offensive line last season — a.k.a. the Arizona Cardinals. He’s versatile enough to be a worthwhile contributor on a good offense, like a poor man’s Darren Sproles (both figuratively and literally). He certainly has more to offer than Michael Turner or Cedric Benson, each of whom have little more to offer than their name brand.

Brandon Lloyd has been successful in exactly one role during his career: as the split end in Josh McDaniels’s offense. He was just cut from that role. It’s hard to imagine him suddenly getting better in a different offense at his age (31). The other candidates to avoid are guys who have been struggling with injuries, players who were otherwise scheme-dependent, and return men masquerading as actual receivers. Why pay Ted Ginn, for example, when you can sign a faster, younger version of Ginn who can actually run routes (Darrius Heyward-Bey)?

Titus Young teeters dangerously between “Buy low” and “Avoid”; Young’s clearly worth more than the league minimum, but he’s also incredibly crazy, so you probably wouldn’t want him on your roster. Ramses Barden and Julian Edelman are better candidates. Edelman has been a useful slot receiver and return guy buried behind Wes Welker in New England, and it would make sense for the Rams to consider extending the wheel of slot receivers by signing him to replace Danny Amendola. Barden is a 6-foot-6 target who had nine catches for 138 yards in his only career start, a 36-7 destruction of the Panthers by the Giants in Week 3. He was stuck behind Domenik Hixon, who is consistently productive during those few times when he’s not injured.

Signing a player who’s coming off of a torn Achilles is always a dangerous move, but there’s no indication that Fred Davis will be demanding significant money to sign with a team. The former Redskins franchise player is likely looking to prove himself on a one-year deal before entering the market again next year, but he could help 28 or 29 teams this year as a second tight end whose snap count grows as the season goes along. David Thomas could stick as a versatile fullback/tight end with receiving ability out of the backfield.

The tackle market remains strong, especially for teams with a hole on the right side of the line, with two of the six or seven best right tackles in football (Andre Smith and Sebastian Vollmer) still on the market. Teams looking for left tackle help aren’t quite as lucky; they could try to move Smith or Vollmer to the left side, give a long-term deal to the questionable motivations of Bryant McKinnie, or pay Demetress Bell in the hopes that he plays more like the competent tackle from the Bills than the turnstile who suited up for the Eagles last year.

Jason Brown is an interesting candidate, as a former Pro Bowler who failed to live up to expectations as a big free agent in St. Louis who was released last offseason and failed to sign with anybody, despite drawing interest from the Ravens and 49ers. I wonder if the Ravens might consider bringing him into camp as a possible replacement for the retiring Matt Birk. Teams in need of interior linemen have their choice of above-average run blockers, with Lance Louis and Brandon Moore leaving their respective teams as guys who were better than the players around them.

(4-3 defensive ends and 3-4 outside linebackers)

I’m combining this group of guys because they’re competing in each other’s marketplace, but there are some players I’d only want to sign to play in the 4-3 (John Abraham, Dwight Freeney) and others who would really work best in a 3-4 (Andre Carter). The aging players in the “Avoid” section simply don’t have very much left in the tank; James Harrison played the best among that gang of four last year, but the track record for veteran Steelers defenders after leaving Pittsburgh isn’t pretty. At all.

Elvis Dumervil is the guy who’s going to get all of the attention as the best player left on the market, but Phillips is about 90 percent of the player Dumervil is at what will likely be a small portion of the cost. Phillips has seven sacks or more in seven of his last eight seasons, and while he began that time as the guy playing opposite Shawne Merriman, his production over the past three years has come as San Diego’s only viable pass-rusher. 3-4 teams in need of a pass rush will consider both.

One of the few markets that has been heavily mined by franchise tags and long-term contracts, interior lineman simply doesn’t have a ton of talent left. It’s not clear that Richard Seymour intends to play in 2013, so the best players available are probably a pair of useful starters from teams who were capped out, Dwan Edwards (Panthers) and Sione Pouha (Jets). They both profile as run-stoppers on competitive teams who could use depth up the middle, like the Bengals and Ravens.

That’s a lot of old linebackers who aren’t worth roster spots! Brian Urlacher is still effective enough to serve as a two-down linebacker against the run, but it’s hard to imagine him playing for anyone besides the Bears, even if an opportunity might be available elsewhere. Teams looking for a veteran capable of playing middle linebacker would be wise to look at Karlos Dansby, who still has enough speed to serve as a competent coverage backer. Michael Boley played that role for the Giants, but he seemed to lose a step or two last year. A more plausible option is Daryl Smith, who made a lot of plays on bad Jacksonville defenses over the past few seasons before missing nearly all of 2012.

By my count, 13 cornerbacks with a viable shot of starting for their new teams have been signed already this offseason, and there are seven guys above who would push for starting opportunities in most cities. There just aren’t very many jobs left to hand out at cornerback, and teams would rather take on a fourth or fifth corner who can play special teams as opposed to the more talented likes of Quentin Jammer or Terence Newman.

The guys who are left are capable of starting, but they have a recent track record of getting injured (Brent Grimes) or being terrible (Nnamdi Asomugha). The only guy who could possibly be a complete package is Mike Jenkins, who was unfairly scapegoated for a miserable secondary in Dallas and buried at the bottom of the depth chart by Jerry Jones out of spite. Jenkins would be one of the better no. 2 cornerbacks in football if he got a chance to start.

It seems worth avoiding Ed Reed if the Ravens have such little interest in re-signing a guy who might end up with a statue outside their stadium one day. As a guy who has freelanced for a decade now, is Reed really going to suddenly become a traditional safety for his new team? The same might also be true for Charles Woodson, who likely won’t be playing that hybrid safety/corner role after leaving Green Bay.

Picking the Perfect Bracket: Midwest Region (a.k.a. the Group of Death)

The NFL Coaches Family Portrait: By the Numbers