Riding the NFL Coordinator Carousel: Who Went Where and What Does It Mean for Next Year? 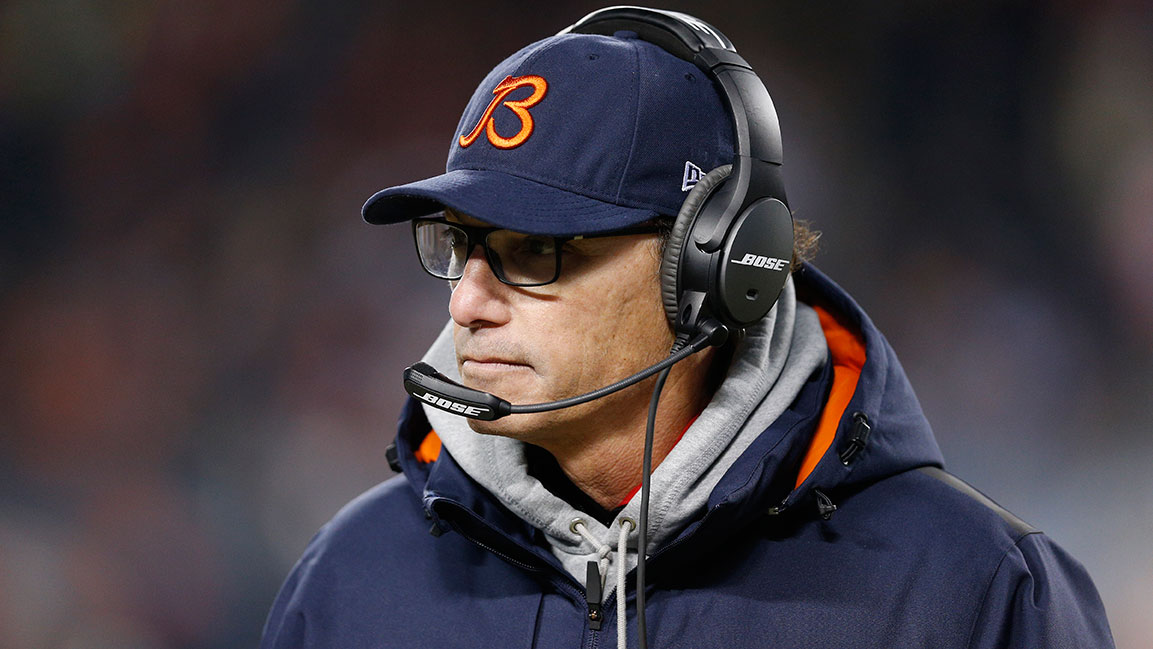 The stretch between Black Monday and the final spin of the NFL coaching carousel is always frenetic, manic, and hard to understand, but 2015’s coordinator diaspora feels especially loopy and scattershot. To make sense of the madness, we took a look at who’s gotten a job where and how these newly staffed units might look come the fall.

Dennison is an extension of Gary Kubiak and has been for a while now. After serving as Denver’s offensive line coach when Kubiak was the offensive coordinator in the early 2000s, Dennison took over when Kubiak landed the head job in Houston. Dennison eventually took the same position under Kubiak in Houston and then followed him to Baltimore, where he was the quarterbacks coach this season.

For the most part, we know what the Kubiak-Dennison offense looks like: zone blocking, plenty of running, and a heavy amount of play-action. During Kubiak’s time in Houston, the Texans ranked 11th in rushing percentage, while Baltimore finished seventh last year. All of that running is designed, in part, to fuel play fakes. Houston ran the fourth-most play-action plays in the league during Kubiak’s stretch as head coach. Although the Ravens weren’t quite as reliant on play-action, we’ll see what happens when Kubiak is ultimately the guy in charge again. 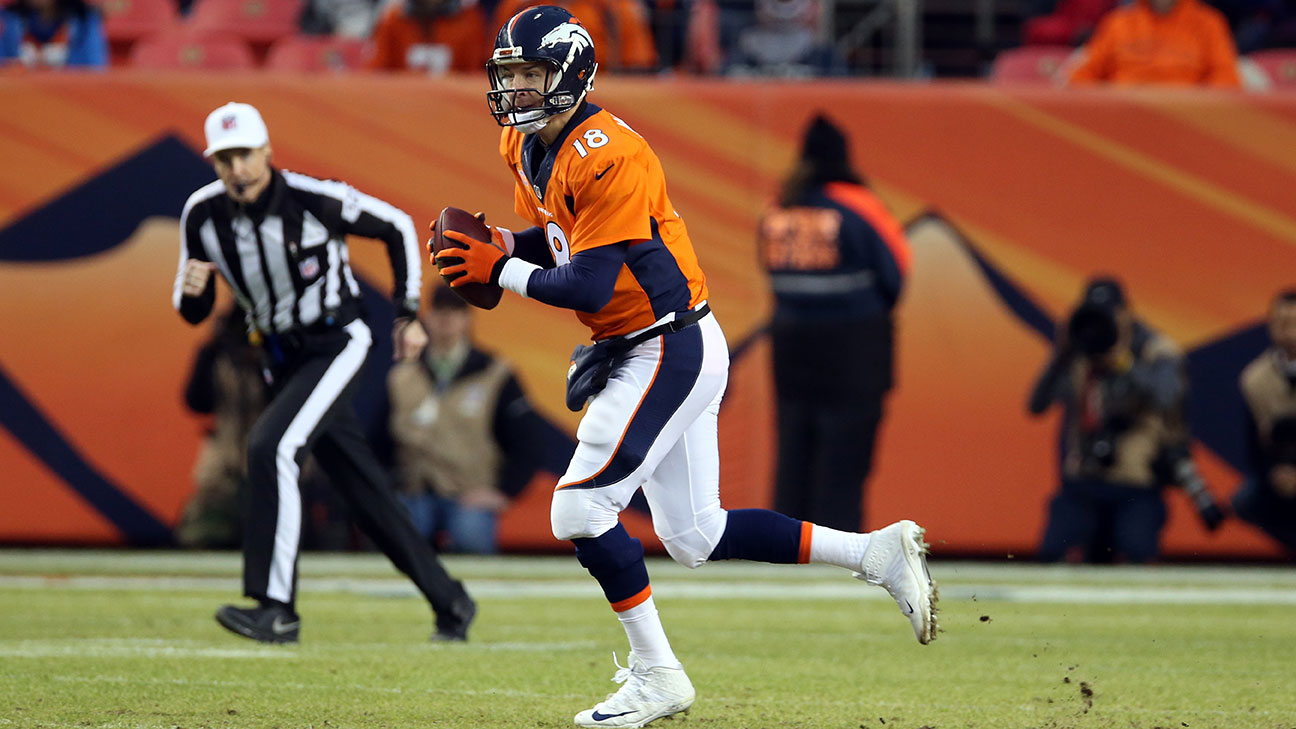 The Peyton Manning question will obviously linger over the new Denver offense, and the concerns about Manning’s fit with Kubiak go beyond a 38-year-old quarterback having to figure out a new system. Kubiak’s offense require a sneakily large amount of quarterback mobility. There’s a lot of boot action on those play-action throws, but even beyond that, his quarterbacks spend more time under center than anyone in the NFL. The Ravens ran 781 plays from under center this season, the most in the league by 181 snaps. For comparison’s sake, the Broncos ran 307 — good for 25th. It’s hard to imagine Manning living in a world full of rollouts and boots at his age, and it’s even harder to imagine Kubiak drastically changing an offense he’s been running for a couple of decades.

In the second of a weird three-part switch of coaches, Trestman ended up as the guy replacing Kubiak in Baltimore. For as much of a departure as Kubiak and Dennison are from former Broncos offensive coordinator Adam Gase, Trestman may be an even bigger move away from Kubiak.

The Bears were the most pass-heavy team in football this season, running on just 32.4 percent of their offensive snaps. Part of that comes from the sort of game flow that led to a 5-11 finish — when you’re losing, you have to pass — but don’t expect Trestman to base his offense on the run. There will probably be something a bit closer to a balance, though, as the Ravens have run more often than anyone but the Jets and Panthers since John Harbaugh took over.

Keep an eye on the offensive line. It sounds like the Ravens will be holding on to line coach Juan Castillo, and it would probably make sense to retain the zone principles they’ve had for a while now. When healthy, Baltimore’s line is one of the best in the league, and its personnel — especially center Jeremy Zuttah — is suited for that type of scheme. With Justin Forsett a free agent, it’s still a question as to who will be running the ball, but this can be a position of strength if Trestman chooses to lean on it.

Fangio’s success paints him as an obvious choice, but his schematic history doesn’t exactly line up with the roster the Bears have built. Going back to his defenses with the Texans under Dom Capers, Fangio has done almost all of his work out of a 3-4. Considering just how bad the Bears defense has been the past two seasons, starting from scratch doesn’t seem like the worst idea, but there’s a rough transition ahead if they do. Shea McClellin, who’s been a lost cause since Chicago took him 19th overall in 2012, might actually find a home as a pass-rushing outside linebacker, and Lamarr Houston is the type of player who could bounce around to a few different positions in most schemes. But outside of those two, there aren’t many obvious 3-4 fits among the current Bears front seven.

Here’s a prediction we probably won’t be able to assess for a while: The Browns will regret losing Kyle Shanahan. For a stretch at the beginning of this season, Shanahan turned a Brian Hoyer–led offense into one of the best in the league. Then Alex Mack broke his leg and the Cleveland running game went to hell, but still! Those six weeks were great. Whether it’s this season in Cleveland or early on during his days with Robert Griffin in Washington, Shanahan has shown an ability to get the most out of whatever talent he has. 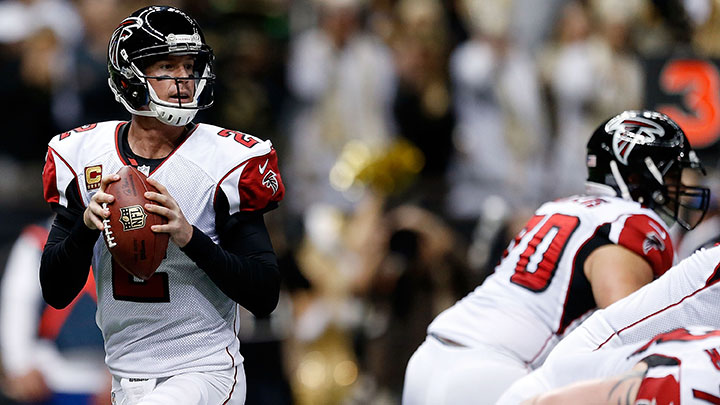 That being said, were I surveying the job openings across the league, Atlanta wouldn’t have been my first choice for Shanahan. Cleveland was among the most run-heavy teams in football this season, and the Falcons finished 29th in rush percentage. The gulf between Matt Ryan and Hoyer/Johnny Manziel, though, should persuade Shanahan to call more passing plays than he did last year.

It’ll be interesting to see just how much play-action Shanahan’s offense uses. Cleveland ran 156 play-action plays this season, third in the league, and during Shanahan’s four years in Washington, only Minnesota used it more. The Falcons have been in the bottom half of the NFL in play-action snaps since Ryan arrived, but they’ve been effective when they have used it. Atlanta ranks seventh in QBR on play-action throws since 2008.

Barry’s last stint as an NFL coordinator didn’t go so well. He was in charge of the 32nd-ranked defense on the Lions team that finished 0-16, but after spending the past four seasons as the linebackers coach in San Diego, he’s getting a second chance.

In terms of scheme, it seems like Washington is looking for continuity. It was reportedly chasing Fangio, and Barry’s most recent experience is with the 3-4. Unlike most guys on this list, Barry isn’t going from coordinator job to coordinator job, so it’s a little harder to profile what his defense might look like. And, well, that 2008 Lions defense shouldn’t be the blueprint for anything.

It might seem strange that two separate coaches from an offense that finished 30th in DVOA would get coordinator jobs elsewhere, but here we are. The struggles of the 2014 Raiders apparently weren’t enough to keep Olson from getting the same job in Jacksonville and DeFilippo from getting his first crack as a coordinator in Cleveland.

The Raiders were the most pass-happy team in the league this season, but that might have something to do with just how awful their running game was: Oakland comfortably finished last in rushing DVOA. But even during Olson’s stretch in Tampa Bay, it wasn’t doing much to establish a ground game.1 Considering the young receiving talent in Jacksonville, building the offense around the passing game makes sense, but it’ll need a big jump from Blake Bortles in Year 2 to justify all of that throwing.

Musgrave was the quarterbacks coach when Ryan was drafted in Atlanta and put together one of the best seasons a rookie quarterback has ever had. He was also the offensive coordinator for the Vikings during the Christian Ponder era. It’s pretty clear which situation the Oakland brass is hoping Musgrave can replicate with Carr.

For the most part, Musgrave’s stints as a coordinator have been noticeably short. He was in Carolina for just a few games, spent two years in Jacksonville, and then had three seasons in Minnesota. The highest DVOA finish for any of those offenses was 15th with the 2012 Vikings and 2003 Jaguars. You’ll remember that Vikings season as the one when Adrian Peterson turned into Wolverine. Outside of handing the ball to a mutant running back, the Vikings offense didn’t do much. Musgrave, though, does deserve some credit for using Percy Harvin more effectively than any other coordinator to date. Harvin was a real weapon in the first half of that 2012 season, and although the Raiders don’t have anyone like him on their roster, it shows that Musgrave is open to getting creative when his talent demands it.

After two years out of football, Chan Gailey — at age 63 — takes over yet another offense. Gailey has been a coordinator four other times, with his best showing probably coming with the 1997 Steelers, when Pittsburgh finished sixth in offensive DVOA. That was 18 years ago.

For a first-time, defensive-minded head coach in Todd Bowles, Gailey is a logical if uninspiring choice. Bowles gets an experienced coach to whom he can just hand the offensive reins, and he also gets a guy who’s made due with some pretty dicey quarterback situations in the past. Gailey’s recent offenses have been short on production, but his coaching earned Ryan Fitzpatrick a fat contract in Buffalo and even briefly turned Tyler Thigpen into a mildly effective NFL quarterback for a few games in 2008. 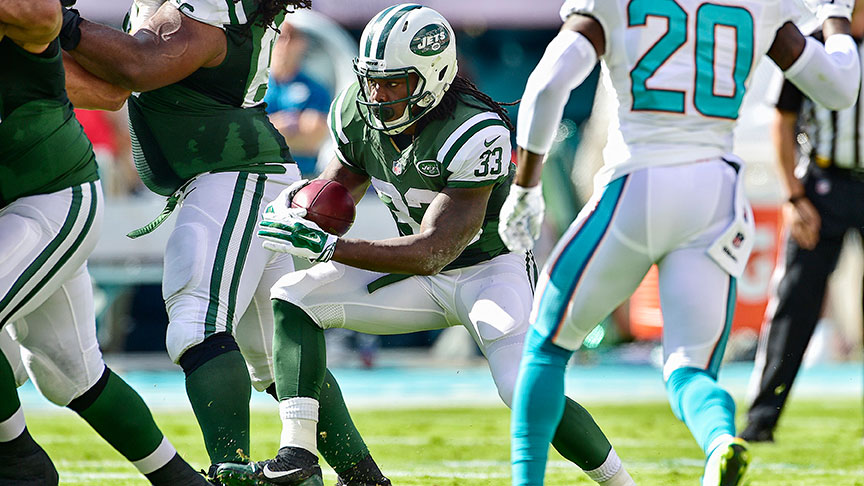 The biggest change for the Jets will likely be a much lighter reliance on the running game. No team in the league ran more often than the Jets during Rex Ryan’s tenure, and that’s never been Gailey’s M.O. Whether or not they know who’s actually going to be doing the throwing, the Jets will be doing a lot more of it next season.

And with Gase’s arrival, the bizarre circle of coordinator shuffling in Chicago, Denver, and Baltimore is complete. The Broncos get the Ravens’, the Bears get the Broncos’, and the Ravens get the Bears’. Like I said up top, it’s already been a weird offseason.

Now, it’s hard to pinpoint where Gase’s success ends and where Manning’s begins, but it’s difficult to argue with the results Gase piled up in his two years on the job in Denver. The Broncos finished third in offensive DVOA this season after their historic 2013, and they did it with plenty of creativity on the offensive side of the ball. In Brandon Marshall and Alshon Jeffery, the pair of receivers Gase will have is comparable to the Demaryius Thomas–Eric Decker duo from two seasons ago. With Jeffery’s ability after the catch, it’s easy to imagine a lot of the same pick plays and screens that the Broncos used so effectively the past two years. Matt Forte also has to be pretty happy about how things shook out, as he’s about to get yet another coordinator who loves utilizing running backs in the passing game.2

Then there’s Jay Cutler. Gase has never had to operate an offense with anyone but Manning under center, and dealing with Cutler not only means a step down in quarterback talent but also a shift to a totally different type of player. The Manning-Gase combination was successful because it was frequently able to exploit situations and matchups to find the best play for a given moment. Based on reports out of Chicago this season, that was a struggle for Cutler and the Bears offense. While it’s easy to get excited about landing Gase compared to some of the other options on the market, this Bears offense still has plenty to work out.

The Worst Question in Sports: What We Talk About When We Say ‘Talk About’