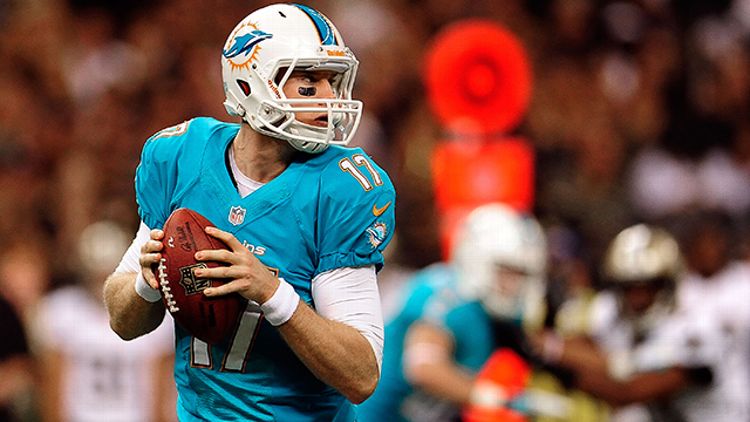 In going with the theme of yesterday’s quarter-season NFL awards, the space between Week 4 and Week 5 represents the first good opportunity to take some measure of the numbers that teams are putting up and the ways they’re doing so. In some cases, teams that are off to hot (or cool) starts have had their performance driven by some totally unsustainable effort in a meaningful category over a very small sample, which would suggest that they’ll regress toward the mean (I’m saying it less this year, I swear!) over the remainder of the season. Others might be succeeding without those fluky boons, which makes it even scarier to think how they might perform once the breaks start going their way.

With all that in mind, let’s take a run through some of the key splits and measures of performance through Week 4 and identify some of the standout organizations. Many of these figures come courtesy of ESPN Stats & Information and/or the Elias Sports Bureau. Now, let’s start with an old favorite …

As always: Forcing fumbles is a skill, but recovering a particularly high percentage of them is luck. There’s no year-to-year consistency in recovering a notably high or low percentage of your fumbles, and the patron saint for that case in 2013 are the folks in Kansas City. Last year, the 2-14 Chiefs recovered a mere 33.3 percent of their fumbles, the third-worst rate in the league. This year? The Chiefs have recovered eight of the 11 fumbles in their games, producing a 72.7 recovery percentage that is tied for second-best in football, alongside the Arizona Cardinals.

On the flip side? The Pittsburgh Steelers, who can’t ever seem to catch a break (or stop fumbling). They’ve picked up just two of the 11 fumbles in their games, an 18.2 percent figure that can’t possibly stay this bad. They’re behind the 49ers and Chargers (each 2-for-9), Texans (2-for-7), and the Broncos (3-for-10).

Those numbers are obviously very small sample sizes, so don’t be surprised when these teams start moving toward a 50 percent recovery rate as the season stretches on. It’s not impossible to imagine that a team like the Titans or Steelers could hold on at their respective ends of the spectrum for luckiest or unluckiest fumble recoverers, but it will be by sheer randomness and variance, not skill.

Red zone figures are meaningful, but they tend to be inconsistent from year to year, so they’re also a little overrated. In the short term, they can obviously have an enormous imprint upon a team’s performance, since the difference between a touchdown and a field goal (or a turnover) can be what wins or loses close games.

It’s impossible for a team that’s awful in the red zone to win consistently, which is why the Jaguars (27 points across nine trips, 3.0 points per drive — and that’s with three touchdowns and two field goals, not nine field goals) are both the worst red zone offense and the worst team in football. And just in front of them in 31st place is another terrible team, the New England Patr— oh, turns out that old adage doesn’t work. The Patriots actually have the league’s second-worst red zone offense through four games, producing an average of just 3.8 points on their 16 trips. They’re narrowly ahead of Atlanta, whose issues and decision-making inside the red zone probably cost it a victory over New England last Sunday night.

The best offense in football is the Denver Broncos, but they’re not the best red zone offense in the league. Granted, they’re the second-best, so it’s not like they’re missing out on very much, but Denver’s figure of 5.9 points per trip comes up short of an offensive juggernaut. I’ll let you stew on this one for a second. Give up? Try the Miami Dolphins, of all teams: The Fins have scored on each of their 11 trips to the red zone, producing nine touchdowns and two field goals for an average of 6.3 points per red zone appearance. They won’t be this good over the remainder of the calendar, but their lethal efficiency near the goal line has been a huge help in their impressive 3-1 start.

One team that’s really produced something fluky on defense in the red zone is Tampa Bay; the Buccaneers have picked off three passes deep in their territory over the past three weeks, including Mason Foster’s pick-six of Drew Brees against the Saints in Week 2. That’s helped them become the league’s second-best red zone defense through Week 4, as they only allow an average of 3.3 points per trip, which ties them with Carolina. The top-rated red zone defense is Kansas City, which has only allowed teams 3.25 points on their trips into the red zone, but its real solution has been to keep teams out of that fruitful territory altogether, as opponents have just four red zone possessions against the Chiefs. The league average for all other teams is just more than 12.5 possessions.

Houston has been a source of doom and gloom over the past week after blowing its big lead over Seattle, but its problems extend beyond Matt Schaub’s interception woes. The Texans might have J.J. Watt & Co., but they’ve been miserable once other teams have driven the ball into the red zone. Eight of their opposition’s nine red zone trips have produced touchdowns, with the opposition producing a whopping 6.6 points per red zone appearance. Obviously, just as is the case with the Dolphins’ offense, this figure won’t stick around. The Packers (6.3 points), Titans (5.8), Falcons (5.8), and even the vaunted 49ers (5.7) finish up the bottom five.

It’s so easy for the Bears. “They practice blocking after turnovers!” I hear, like it’s never occurred to any other team in football to do that, or like Julius Peppers having a ball hop directly into his one free hand is simply fate (or magnets?). The Bears will always be more likely to create more defensive touchdowns than most teams because they create so many takeaways, but as I mentioned before the season, it’s extremely unlikely they’ll hit their nine-touchdown total of a year ago. That being said, Chicago is already at three defensive touchdowns through four weeks, so if anybody’s going to pull it off, it’s them. Dallas and Washington combined for just seven defensive scores last season, but they each share Chicago’s league-leading total of three.

On offense, you’ve probably heard about Schaub’s three pick-sixes, which are historically unlikely to recur. His Texans lead the league with those three defensive touchdowns “allowed.” Seven other teams have been the recipient of two such touchdowns.

Truly great or awful stretches on third down are extremely difficult to sustain. Certain teams are better than others, but various research throughout the years, notably at Football Outsiders, suggests that third-down performance has more to do with how a team plays on first and second down than some particular third-down aura.

Two sleeper teams are noticeably ahead of the league in terms of stopping third downs in a way that I don’t think they can sustain: The 3-1 Lions have allowed opposing offenses to convert 10-of-47 third downs, a 21.3 percent figure that just finishes ahead of the 4-0 Chiefs (12-for-54, 22.2 percent). Nobody else in the league is above 30.9 percent, which is where third-place San Francisco lies in wait. The Titans and Cowboys (32.7 percent) finish up the gang in the top five.

The worst third-down defense? Why, it belongs to the New York Giants, who have allowed 50 percent of opposing teams slow enough to need a third down to pick up those make-or-break plays. There are three other teams above 45 percent, and they’re also all disappointing: Atlanta (49.1 percent), Minnesota (47.3 percent), and St. Louis (47.2 percent).

After adding Wes Welker, the Broncos are just an embarrassment of riches on third down, and it shows in terms of their performance on those snap; they’re 26-for-47 on third down, a 55.3 percent conversion rate. The only other team at or above 50 percent is the surprise San Diego Chargers, with the power running games of the Panthers and Colts narrowly finishing behind them.

And, yes, the worst third-down offense in football allows me to bring up my pitiful Giants again. They’ve actually sunk even lower on this side of things, as Big Blue has converted on just 11 of the 48 third downs they’ve faced this season. That’s a 22.9 percent figure, which is basically an excuse to not bother trying at all. The Rams, Cardinals, Jaguars, and Lions bring up the rear.

Finally, there’s that most famous indicator of winning. Takeaway differential is overrated as a statistic, but it does show some pretty meaningful relationship to winning and losing without directly being wins and losses.

Again, our surprise packages are among the league leaders in turnover margin. The Chiefs had the second-worst figure a year ago, playing to a minus-24 figure amid the likes of Brady Quinn taking snaps. This year, an improved defense and the presence of Alex Smith has helped them rise all the way up to plus-nine, which ties them with the Titans for the league lead.

A couple of the teams on the opposite side of that coin are in New York, where the Giants (minus-nine, 30th overall) and Jets (minus-10, 31st overall) hoped they might enjoy a bit more support, especially after benching Mark Sanchez. Again, not so lucky. The Steelers are dead last at minus-11, but those figures might have to be adjusted a bit for the exchange rate after their trip to London.

We’ll check back in on these numbers during our midseason recap/preview to see where each team has gone after playing another four contests.