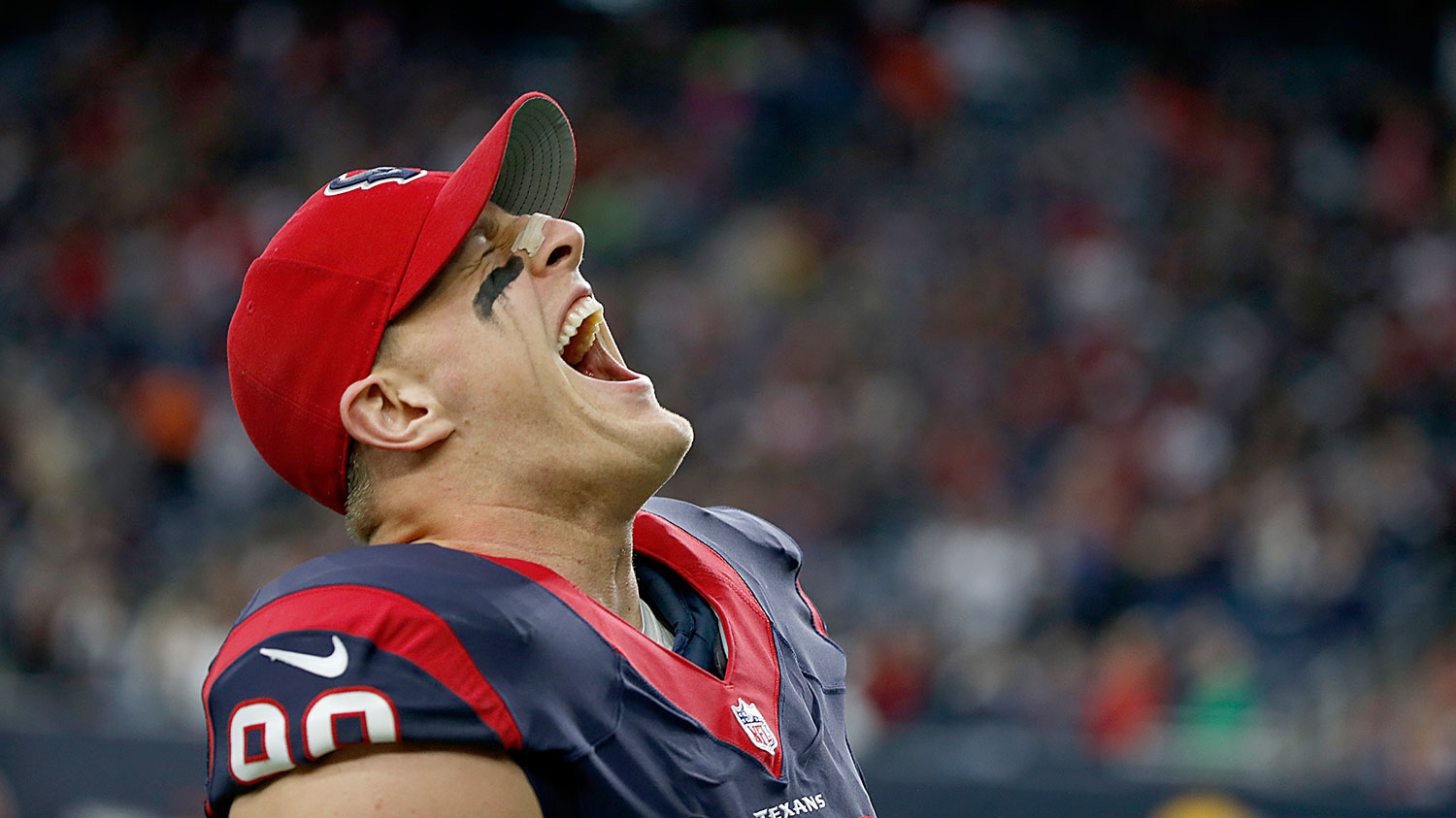 The wait is over. Well, OK. Maybe you weren’t waiting. Maybe, like me, you have an interest in Hard Knocks but didn’t realize they’d be announcing this year’s team as soon as yesterday. Or maybe you just don’t care. Whatever the case may be, your wait, your accidental obliviousness, or your blissful unawareness has come to an end: The Texans are this year’s Hard Knocks team.

Now, this is intriguing, and it’s intriguing for one reason. Bill O’Brien is not Rex Ryan. Houston’s starting quarterback battle should be one of the tighter races in the league, but I’m sure a lot of Triple A baseball games are tightly contested too. And sure, every year Hard Knocks unearths some unlikely stars — I’m looking at you, Bryan Cox; and you, too, Bryan Cox’s cigar — but c’mon. This is all about J.J. Watt.

By choosing the Texans, the NFL and HBO get to make one of the league’s biggest stars the focal point of their summer, and really, they couldn’t have chosen better. I know not everyone’s viewing habits are as Watt-centric as mine, but the guy has a pretty deep catalogue of excellent onscreen moments. So, for those not as well versed in the Watt-iverse, I present to you a primer on the man’s most prominent cinematic achievements to date.

Miked-up segments were created with the hope that this exact video would eventually come into existence. It’s the Raging Bull of “Sound FX.” For anyone with a single doubt about Watt’s potential as an onscreen centerpiece, this should strip those concerns away in five short minutes. The highlights:

• The first freaking line: “All I know is, you mess with me, you got problems.”

• Watt telling DeAndre Hopkins to make sure he has a good seat for the show: “Get some popcorn. Maybe some Jujubes. A slushie. Snowcaps, perhaps.”

• The never-ending, near-gratuitous destruction of left tackle no. 76, whose name Watt either does not know or doesn’t feel is worth saying.

• For the final three minutes, there’s one continuous tracking shot of Watt strip-sacking Jake Locker, recovering the ball, going to the sideline, tossing the ball into the stands, putting his helmet back on, running back onto the field, scoring a touchdown, climbing onto the bench, and turning into Russell Crowe from Gladiator. Don’t be shocked when Alfonso Cuarón is citing this shot of Watt as a major influence during interviews about his next movie.

“Stop hitting them out of the park or we’re going to run out of balls.”

After what’s seemed like a never-ending stream of negative publicity, using Watt as the main character in their flagship show is a pretty transparent move by the NFL: The league gets to put maybe its most squeaky-clean superstar on display for all to see. Watt goes to great lengths to preserve the image he’s created as a milk-drinking man of the people, but by all accounts — and based on the sincerity I’ve seen firsthand in how he talks about fans, especially kids — it’s a role he cares about deeply. This should be an easy PR win for the league.

“You’re going to be the last person they mic up.”

That line actually comes from Connor Barwin, who was also the screenwriter for Watt’s infamous “I’ve eaten burritos bigger than you” line to Ray Rice back in 2012. Three years ago, Barwin was concerned enough about Watt’s willingness to yap on camera that he was feeding him lines. If anything, the growth from Watt’s initial miked-up appearance to the one against the Titans from last season is a sign that he’s willing to turn up the shit-talking when necessary. Watt might have toned it down a bit against Baltimore since it was the first time that season he’d gone without a sack, which likely had something to do with him playing against Marshal Yanda all afternoon. By most accounts, Yanda is the best guard in football, and that’s actually the best part of this entire clip: getting to hear what it sounds like when two of the league’s best go at it for an afternoon.

Watt was on New Girl singing about ballpark food. I’m not sure this needs much more explanation.

“Like all dads, he worries. Today, he has good reason.”

The shot of Watt walking down the stairs toward Houston’s practice field on Hard Knocks last summer is seared into my mind. It’s Hard Knocks at its best. The team of editors on this show is pretty damn good at slicing a week’s worth of footage into a hour’s worth of story lines, and turning Watt into Ivan Drago seems like the right choice. If nothing else, that’s what the Texans on Hard Knocks gives us this summer: It’ll be a reminder that this dude just barely comes from the same species as the rest of us. He will break you — and your TV.

The Past and the Future for WWE Pay-Per-Views