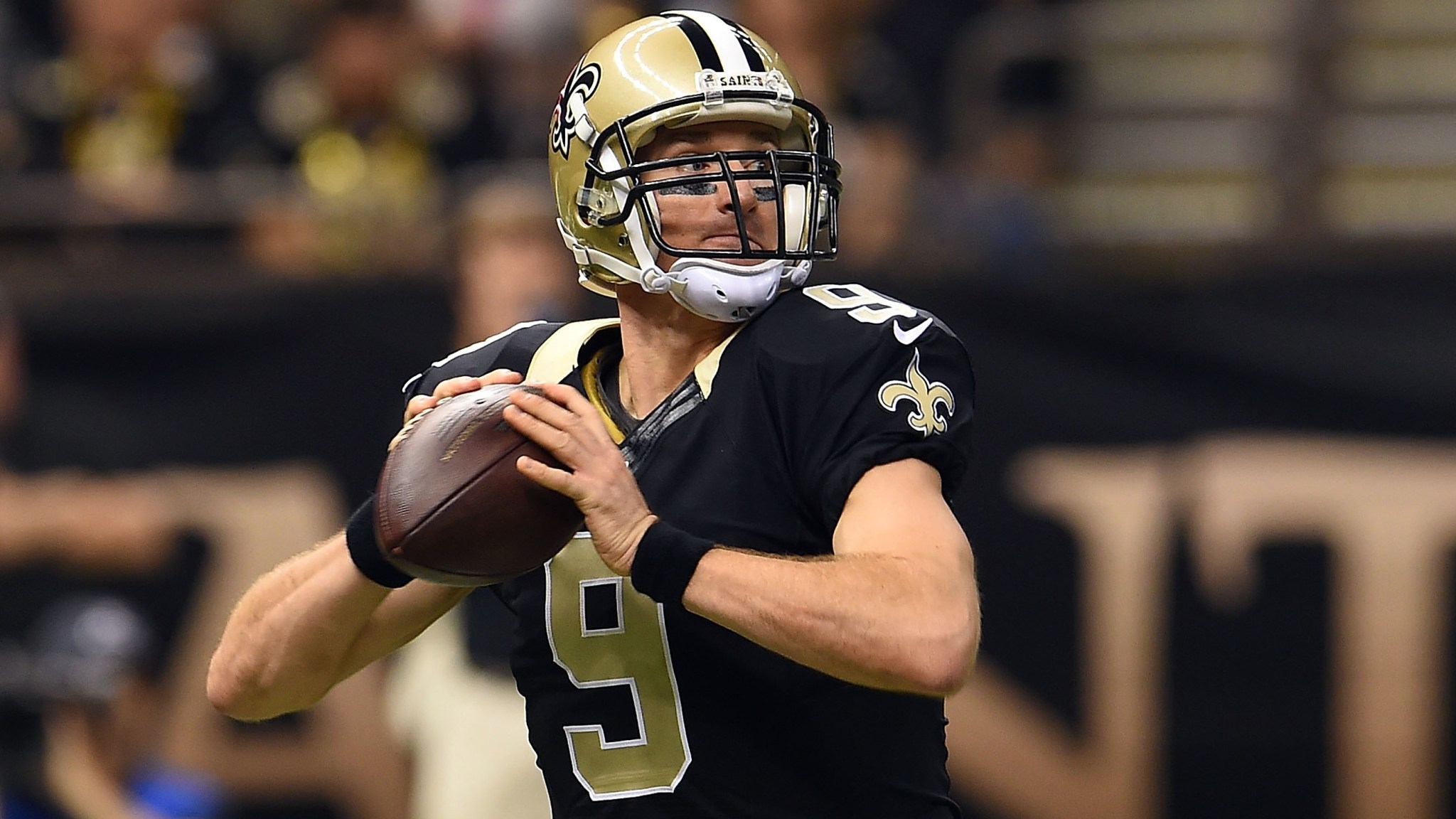 I can’t get enough of the NFC South. Football’s most appalling division actually went 2-2 on Sunday and even picked up an interdivision win, albeit with Tampa Bay beating Washington, which might be the NFC South’s honorary fifth member. The Saints appeared to have first place locked up two weeks ago with a three-game homestand ahead, but after losing the first two games of that trio to the 49ers and Bengals, they’ve fallen out of the top spot on a tiebreaker.

That divisional lead has fallen to the Falcons, who survived a battle of who could care less, fittingly, in Carolina. Graham Gano’s late miss from 46 yards out1 did more than give the Falcons a rare winning streak — it launched them, somehow, into first place. At 4-6, they’re the leaders of a division that is a staggering 6-20-1 this season versus opponents from outside the NFC South. As Chase Stuart noted yesterday, that .241 winning percentage would be the worst record in out-of-division games in league history, topping the brutal 2008 NFC West’s .250 mark.

As bad as they might be outside the NFC South, somebody has to win this wretched division. Who will it be? Will they have a winning record? And should we legislate against a playoff team this bad ever showing up again?

To predict what will actually happen in this division, I’ve put together a Monte Carlo simulation. I’ll use the same Log5 method that I used last week to project Oakland’s chances of going 0-16 to simulate the remainder of the season’s games that involve teams from the NFC South. That includes, naturally, the five divisional games remaining between these four teams, which will have the largest impact on who wins the South.

After 1,000 simulations, here’s how the four teams sorted out …

Average of 7.4 wins per simulation, won division 59.0 percent of time

A tiny bit of good news, New Orleans fans: Even though the Saints basically fell over after making it back to .500, they’re still the favorite to win the NFC South. They’re not even projected to make it to eight wins if you round up, yet they have the best win projection in the division, which is honestly quite terrifying, but I don’t suspect that Sean Payton & Co. will care about their record if they’re hosting a game in January.

The Saints are projected to get past the Falcons and win the division because their play suggests they’re the best team on a per-snap basis in the NFC South. I used point differential to estimate each team’s Pythagorean expectation in the Log5 simulation, and the Saints have a point differential of plus-9, the only positive point differential in the division. The Falcons are a step behind them at minus-17, while the Panthers and Buccaneers are both among the worst teams in football at minus-85. Only the Jets (minus-91), Raiders (minus-113), and Jaguars (minus-124) are worse.

Point differential isn’t the only metric that gives the Saints a boost. The Pro-Football-Reference.com Simple Rating System estimates them to be just a tiny bit below average, which is still comfortably better than anybody else in the division. Efficiency models like DVOA and GWP had them well ahead of the rest of the South heading into the week, and while the Saints will take a hit after this week’s rankings are released, Atlanta’s narrow win over Carolina isn’t going to send it rising up the charts, either.

Atlanta promises to be New Orleans’s closest competitor down the stretch, but the Saints are better positioned than the Falcons to finish on top. They have a pair of common opponents in Carolina and Pittsburgh and play each other in Week 16. New Orleans’s three other opponents are Baltimore, Chicago, and Tampa Bay, while the Falcons still have to face Arizona, Cleveland, and Green Bay. Which of those two schedules would you rather face?

And then, all else being equal, there’s the matter of where that possible division decider will be played. The Falcons hold the NFC South tiebreaker by virtue of beating the Saints in Atlanta in Week 1. The Week 16 rematch will be held in New Orleans. I wrote a few weeks ago about how the Saints’ home/road splits were often overstated, and indeed since then, they’ve won a road game and lost two home games, but the Saints would obviously rather play this game in New Orleans than travel to Atlanta.

Average of 6.6 wins per simulation, won division 33.1 percent of time

Against that difficult schedule, Log5 suggests that the Falcons will go 2-4 or worse almost exactly half the time (499 of 1,000 simulations). Losses to the Vikings, Giants, and Bears earlier in the season look worse in hindsight, and the Falcons will likely need to come up with a win against the Cardinals or Browns to have a serious shot at retaining their divisional lead heading into that Week 16 rematch with the Saints.

Four of those six remaining games are at home, though, and while the Georgia Dome isn’t exactly the fortress it used to be during the early days of the Mike Smith era, the Falcons have posted a point differential of plus-30 there, mostly driven by their 42-point victory over the Buccaneers in Week 3. Their point differential in six road games is a less impressive minus-47.

The good news if you’re a Falcons fan is that you probably just need to battle the rest of the division to a draw to make it into the playoffs. Atlanta is going to win a lot of tiebreakers thanks to its 4-0 record against the three other teams in the South.2 The Falcons have already swept the Buccaneers and hold victories over the Panthers and Saints. A win over New Orleans in Week 16 would guarantee that Atlanta would win any tiebreaker against another NFC South team. Even if Atlanta loses to New Orleans, the Saints would need to win the remainder of their divisional games to finish with a better divisional record than the Falcons.

Of course, astute readers will note that 4-0 record in the NFC South, remember that the Falcons are 4-6 on the year, and realize that the Falcons are a winless 0-6 on their trips outside the worst division in football. So even if Atlanta does manage to make it to the playoffs, its utter ineffectiveness against even marginally competent football teams will make it difficult to go very far.

Average of 5.4 wins per simulation, won division 7.6 percent of the time

If you are a Panthers fan, I wouldn’t blame you for thinking these numbers are harsh. After all, if Gano hits that field goal at the end of regulation, the Panthers would actually be in first place.3 Even at 3-7-1, Carolina’s just a game out of first place, and with the bye week upcoming, it’s guaranteed not to lose in Week 12.

The reason that Carolina’s playoff chances are so far below New Orleans and Atlanta is because the Panthers have played like a far worse team by those aforementioned metrics. They’re tied for the fourth-worst point differential in football, which means the Log5 method doesn’t project them winning very many games. The simulation has them as underdogs in four of their five remaining games, with only a home game against the Buccaneers giving the Panthers much hope. Three of those five games are on the road, which doesn’t help matters.

Do the numbers underestimate Carolina for one reason or another? I don’t think they do. Unless the Panthers get Greg Hardy back and he turns around their defense, they don’t have any obvious measure of performance that’s likely to improve over the final five games.

If anything, given how Cam Newton has fallen apart and looked possibly injured over the past five weeks, you might expect their offense to decline a bit more as the season finishes up.

It wouldn’t be a surprise to see the Panthers rest their franchise quarterback if things get much worse or if he’s more hurt than the team’s let on. That would bring on Derek Anderson, and while Panthers fans might remember how he had a competent game against the Buccaneers in Week 1, Anderson’s broader body of work suggests that he’s one of the worst quarterbacks in football.

Maybe you don’t want to believe the Log5 numbers. That’s fine. It’s remarkable, though, to see how similar they look to the betting market on Bovada for the NFC South divisional crown. Adjust those betting odds for the casino’s vigorish and you get these notably similar expected odds of each team winning the division:

Average of 3.9 wins per simulation, won division 0.3 percent of the time

The online sportsbook doesn’t even offer odds on Tampa Bay winning the division. The Buccaneers won the NFC South in three of the 1,000 iterations in the Monte Carlo simulation, finishing 7-9 each time. They lose the division on all ties with the Falcons (after losing to them twice during the regular season) and would find it extremely difficult to win a tiebreaker with the Saints, given that they’ve lost once to New Orleans and are already 0-4 in the NFC South.

In each of those three miraculous Tampa Bay simulations, the Buccaneers beat the Packers (estimated as a 17.9 percent shot by Log5). The Bucs also have to play the Lions in Detroit. They could theoretically still win the division by going 4-2 in their final six games, but that would require the Falcons and Saints to each finish 1-5 or worse, while the Panthers win their games against the Falcons and Saints but lose the other three. It seems unlikely, but then again, if anything seems sure about this division, it’s that teams will lose a lot of games.

The cumulative impact of the NFC South’s putridity is staggering. The simulation suggests that there’s a 38.8 percent chance of the division winner finishing with a losing record, with just a 22.2 percent chance that the division champ will go on a hot streak and finish with a record above .500. Here are the likelihoods of the eventual division winner finishing with each given win total:4

While there wasn’t a five-win champion in the NFC South through my 1,000 simulations, it is theoretically possible. Assume that NFC South teams lose each of their games against opponents from outside the division. And then let’s say that the Bucs beat the Panthers and Saints in their two remaining divisional games, leaving Tampa Bay at 4-12. That would essentially leave Atlanta, Carolina, and New Orleans in a round-robin against one another for the division. If all three of those teams went 1-1, that would leave the Panthers at 4-11-1 and the Falcons and Saints tied for the division title at 5-11, with the Falcons winning the South via tiebreaker. The chances of a five-win division champ are exceedingly small, but it’s not impossible.

Even if the division champ manages to eventually make its way to a mighty six wins, is the guaranteed playoff spot for a divisional winner something that should be legislated out of the game? I don’t think so. Yes, there’s a decent chance that the NFC South finishes with a division winner whose record is under .500. That’s also not going to happen very frequently, and when it does, it’s not proof that a team is hopeless against better competition. Remember that we went through this same scenario in 2010, when the Seahawks had to beat the Rams in the final game of the regular season to finish 7-9 and claim the NFC West crown. Sure enough, they went out and beat the Saints at home in the wild-card round. If this happens once every five years or so, we’ll be OK.

I just can’t say the same for the NFC South. It’s a lot of things, but OK isn’t one of them.