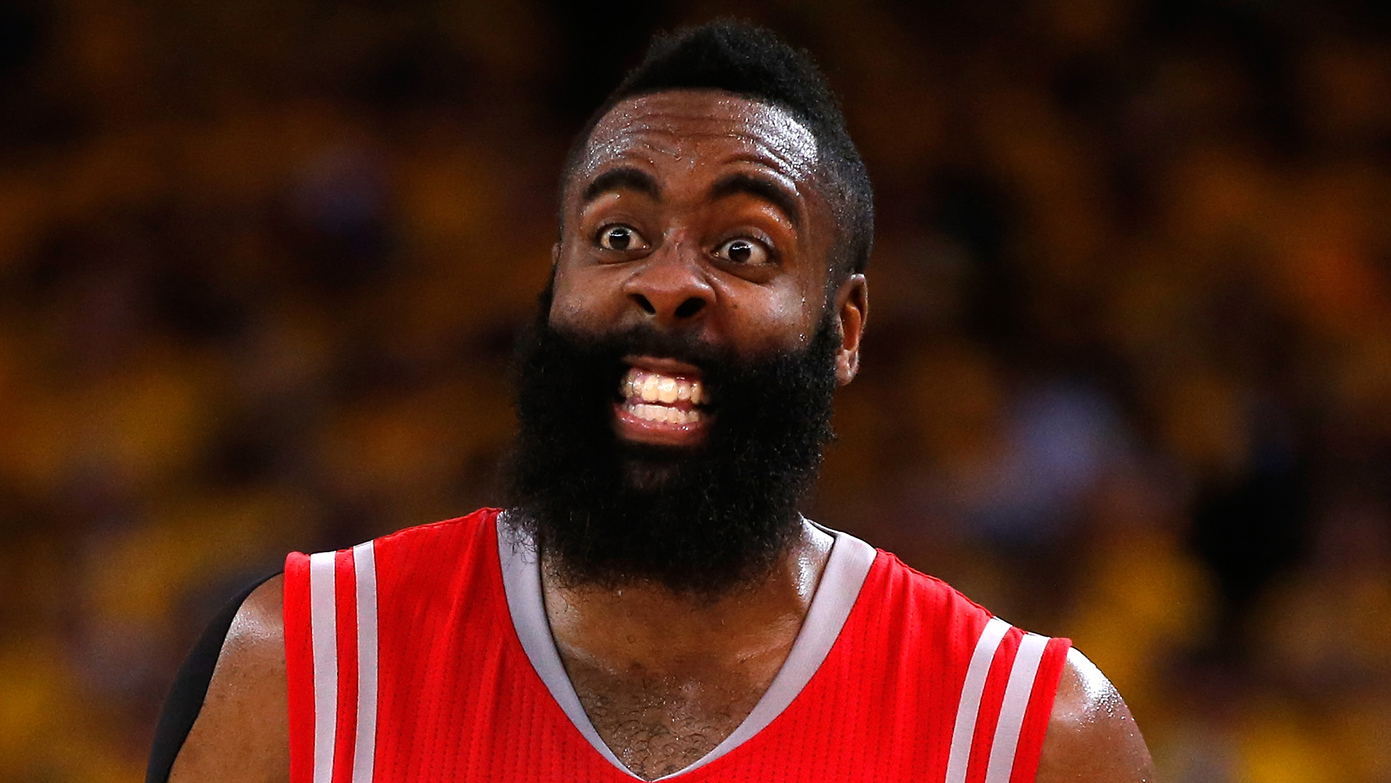 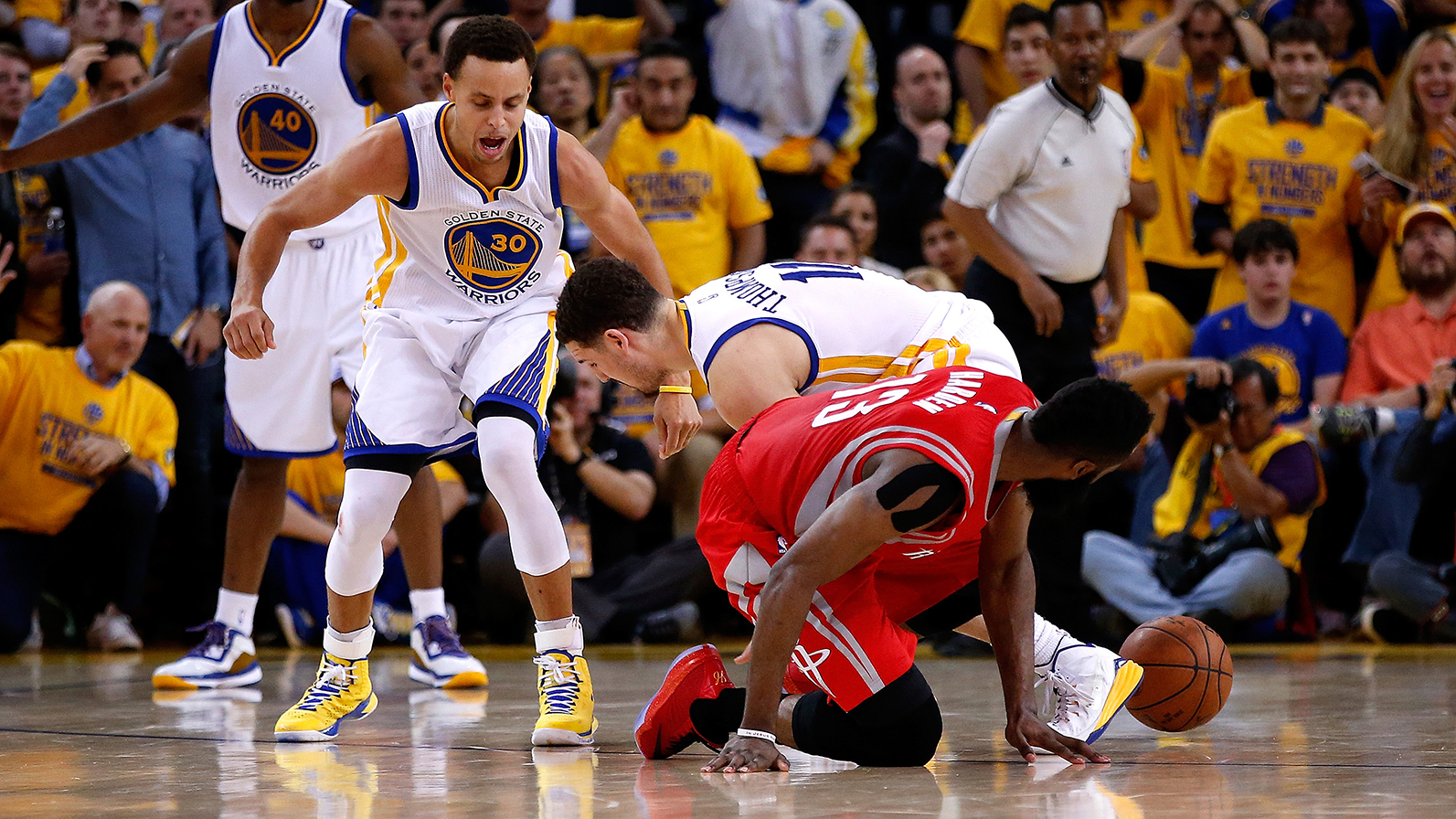 Danny Chau: James Harden’s sense of pace and timing, and his innate understanding of how to change directions, has always seemed extraterrestrial to me. Watching him swivel his way around the court is entrancing — a 4-D reinterpretation of the opening stage in Frogger. For the most part, he knows exactly where he needs to be in order to go from Point A to Point B. It’s like he’s an automaton whose animation is controlled by satellites orbiting the earth. But you know the deal with GPS — it can lag, and, due to forces completely out of your control in the greater cosmos, things can get out of whack. And if you blindly follow Karen’s digitized voice too closely, you might find yourself turning into the curb of an abandoned dairy mart more times than one. It happens.

But more often than not, you’re the reason why that GPS is lagging. More often than not, it’s your intuition that’s interfering with your destined global position. Last night, with less than five seconds left in a one-point game, Karen ordered a between-the-legs step-back dribble. Harden took heed and executed it to perfection — Stephen Curry was shaken. But before the next command could be uttered, Harden’s own basketball intuition cut in. He saw a trailer in the corner of his eyes. His own voice told him to pass it out. He did. It was Dwight. It was the abandoned milk mart.

Not a beat after the ball left his hands, he’d realized his mistake and already motioned for the ball back. But Harden’s navigation system is built for accuracy, not speed. With three seconds left, and the game in his hands, he drove right into a trap. Game over. Warriors are up 2-0 in the series. It was the worst possible outcome to punctuate a breathtaking performance.

Blame it on a lack of awareness, blame it on floating objects in space, or blame it on the god who walks among the Oakland residents that populate Oracle Arena. In any case, pray for James Harden. It’s not going to get any easier.

Can’t even get lost in the navi
Inside, cell-phone overtaking
Got a car so never walkin’
They took away places where it’s only the forest
I’m jogging in peace
I got my iPod slappin’ these beats
I’m on a mission to find peace and precision
—Lil B, “The Age of Information”

Andrew Sharp: Off the court, James Harden is a breakfast defector and, in all likelihood, the functional equivalent of a sommelier for strip clubs. On the court, he is at once the most gifted one-on-one player in the sport and a whining, flopping foul machine, making his case as the most frustrating exciting player ever. Off the court, Dwight Howard is a human fart joke and collector of snakes and assault weapons. On the court, he’s spent the past two years injured and inconsistent, toiling away on disappointing teams, all while people swear he’s headed to the Hall of Fame and is the best big man of this generation. The Rockets’ superstars are tough to love.

But you cannot hate what they did last night.

Dwight was questionable to play after spraining his knee in Game 1. In the second half of that game, he could barely run down the court, and it was painful watching him try. He played last night, though. He was everything you could ask for in a franchise center. On one and a half legs, he had 19 and 17, including five offensive boards. He spent 40 minutes anchoring the paint. That is a player you build a team around.

And Harden … goddamn. This was Steve Kerr before Game 2:

Steve Kerr to KNBR on James Harden: "We didn't feel bad about giving up difficult shots because those aren't sustainable."

The shots he’s been hitting on Klay Thompson and Harrison Barnes have had me yelling in my living room. I can only imagine the screaming going on inside Kerr’s head. As Game 2 unfolded, it was like a condensed version of the MVP race. Steph Curry had the better team, and he was always going to win. You knew that, right? But then, by the very end, it looked awful close, and you started to wonder …

It was refreshing to get the whole repertoire. It’s not just jumpers that Harden had working last night. He is Da Vinci off the dribble. Refs haven’t been giving him as many calls in the playoffs, and it has forced him to resort to all the skills that should make him one of the most enjoyable players in the league. Think about it: He is a pudgy 2-guard. How many pudgy superstars have ever been anything but beloved? He is every bit as unlikely a hero as Curry. He has a beard from the gods. He lulls people to sleep with lazy crossovers, then teleports into the lane with an unstoppable first step. He hits contested jumpers that would make J.R. Smith jealous, but then he also scores at the rim and has the passing skills to create for his entire team. There’s a lot to enjoy here.

Then again, that’s not what this is about. Houston’s doing this without Patrick Beverley or Donatas Motiejunas, and the Rockets have already fought harder in these playoffs than anyone thought possible. Whether it’s Harden or Howard or Morey or McHale, it doesn’t matter whether the past week or two has convinced anyone to love the Rockets. Right now, you can’t help but respect them.

Down Under Over Here 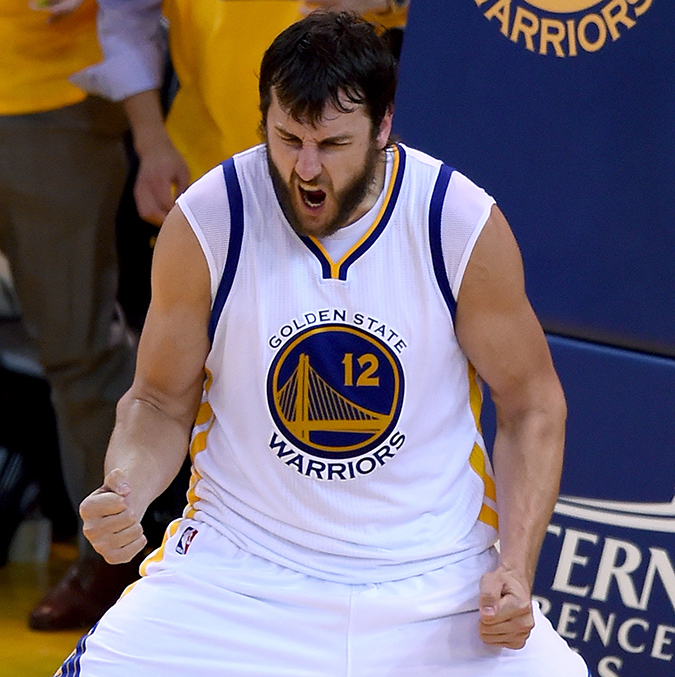 Chris Ryan: After scoring zero points in just 16 minutes of play in the series opener, Andrew Bogut looked like he might be preparing his acceptance speech for the second-annual Roy Hibbert Award,1 given to the big man who most conspicuously vanishes in the postseason. Because as super cool as it is to walk up to strangers on the street and say “rim protector,” and as much as old-school heads value the presence of a big man down low, this is a game for shooters. And if Bogut isn’t making a difference out there, regardless of Dwight Howard, the Warriors just have too much depth and too many options to be sentimental. So it was nice to see Bogut, who recently received a $1.9 million bonus for making second-team NBA All-Defense, make himself particularly useful in Game 2. He scored 14 points, grabbed seven boards, blocked five shots, showed off some nifty passing …

And even got some air himself …

It’s exciting to watch the Warriors munchkins get flammable. Sometimes the small-ball lineup is so good, a 7-foot Australian with a tendency to get catastrophically injured might seem a surplus. But Bogut fits in on the Warriors precisely because he can do lots of little things — passing, trash talking, irritating, shot blocking, and, all together now, nice hands for a big man. He hasn’t reached the vanishing point. Not yet.

Can Barely Contain Myself

Ryan: Best part of this is actually Warriors assistant Ron Adams, who has absolutely no idea what is going on. 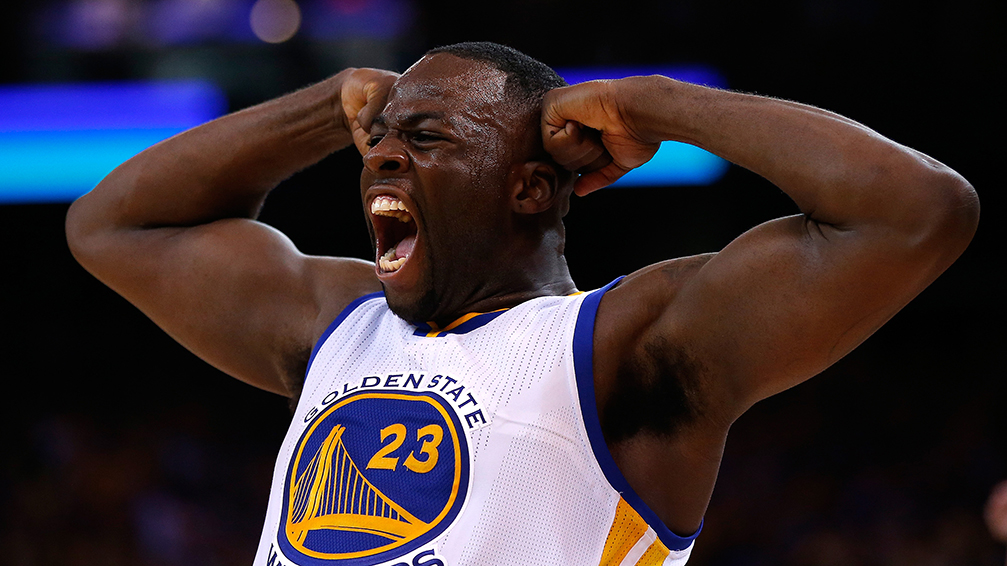 Jason Concepcion: Injuries loom large over every postseason. Capricious twists of fate and ligaments can throw the carefully calibrated inner workings of a team into chaos and end up swinging a series. (Though fans of winning teams often view this as an excuse.) This season, injuries haven’t so much loomed as stood behind every postseason team like the image of death, one skeletal hand on the scythe, the other tearing off Kevin Love’s arm or sending Josh Smith tumbling into the side of Dwight Howard’s knee.

Well, every team except the Warriors, that is. Somehow, while key players for Atlanta, Cleveland, and Houston have fallen to, or been slowed by, various tears and sprains, the NYPD, and Lil B’s ever-widening Sauron gaze of trademark infringement, Golden State is only getting healthier. Andre Iguodala, who struggled for parts of the regular season, threw down a dunk in Game 2 that looked like something from 2006. Andrew Bogut bounced back from a hay-fever-ridden Game 1 to play rock-solid defense. Shaun Livingston long ago physically recovered from his devastating 2007 knee injury, but it’s only in the last two seasons that he’s looked as if the memory of the injury has completely healed. And when’s the last time anyone worried about Curry’s ankles?2

The Rockets have been right there — in both games of the series, but especially in Game 2. Close enough to smell what kind of shampoo Victory uses on her wheat-colored hair. This is primarily down to the resilience of spirit that they didn’t seem to have even a week ago, and to James Harden being flat-out brilliant. Here’s the beauty of the Lil B curse: The hexed party can score 38 points and notch a near triple-double, and the curse still works. That’s like if Lil B cursed me and I got nominated for a National Magazine Award but lost to Jonathan Franzen’s birdwatching article. Still, without Pat Beverley next to Harden, the Warriors are free to barbecue Jason Terry every minute he’s on the court. In the playoffs, the Rockets are giving up 109.2 points per 100 possessions when JET plays, compared to 104 when he’s off. Golden State went after him on switches like it was the basketball version of cyberbullying.