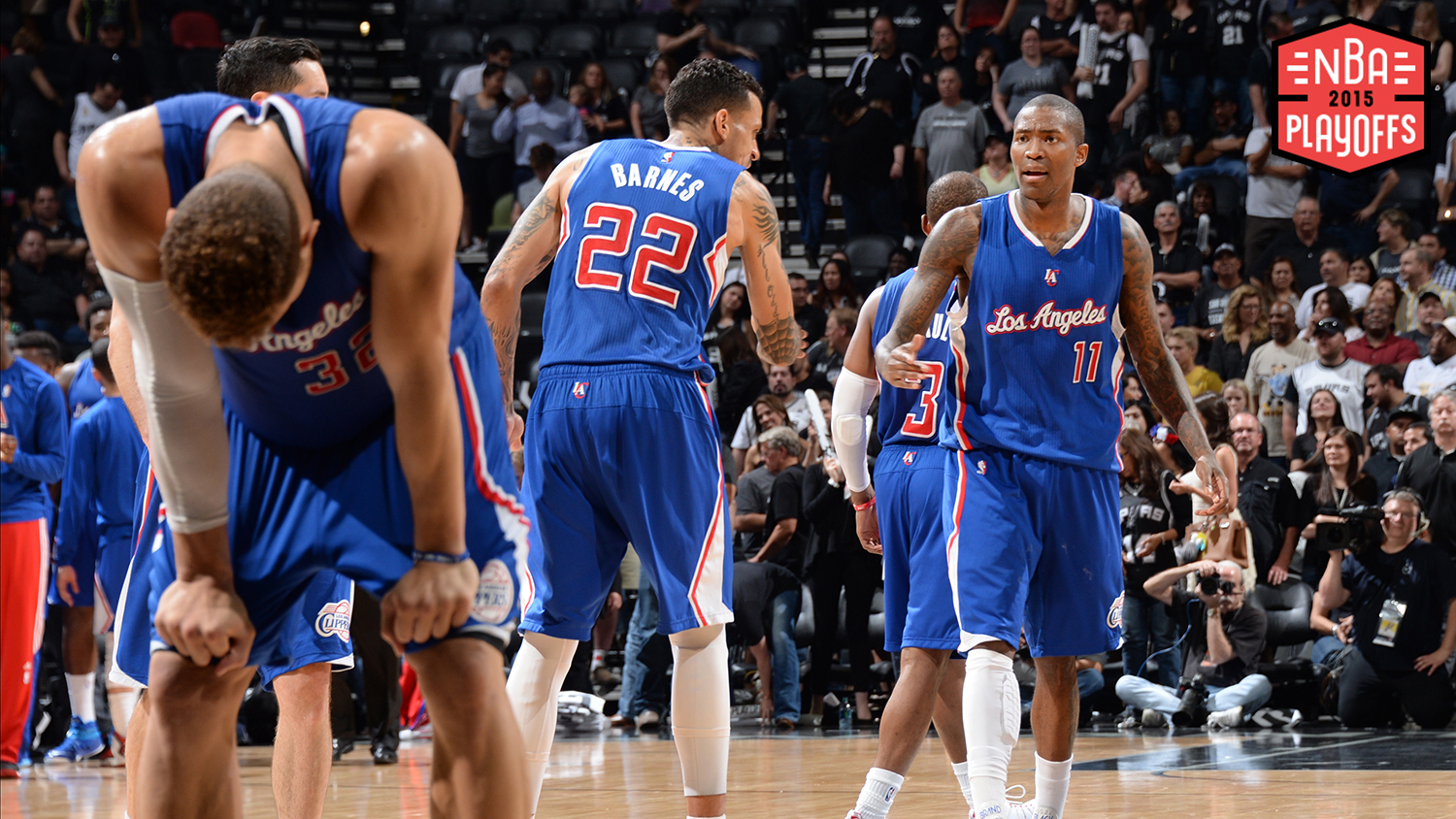 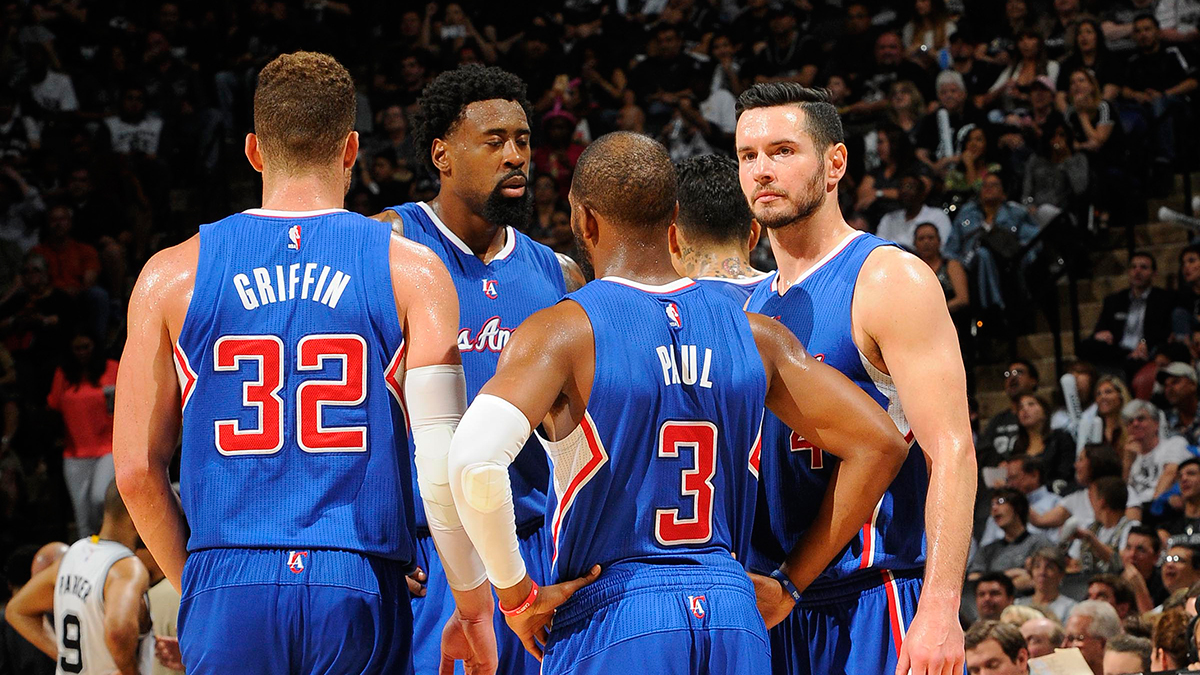 Andrew Sharp: Here are 10 mean thoughts I had during the Clippers game last night:

1. It’s hard to be as good a passer as Chris Paul is and still look absolutely miserable to play with, night after night, but he pulls it off.

4. You know how Golden State can sometimes make basketball look more fun than any sport on earth? Sometimes the Clippers make it look like the polar opposite.

5. Imagine sitting in on another family’s intervention, only the intervention never happens, and the entire family just sits there grumbling and glaring at each other. That’s what the Clippers’ second quarter felt like.

6. How many times per game does Doc watch Jamal Crawford and Austin Rivers brick contested pull-up jumpers and wonder if he’s allowed to play Sam Cassell?

7. Danny Green should be forced to watch tape of Matt Barnes every offseason. Like an episode of Beyond Scared Straight.

8. When losing Big Baby to an injury is a huge loss, maybe you’ve already lost.

9. Whose job is it to fill the cold tub with formaldehyde after every Hedo game?

10. Tim Duncan is a textbook case of a great athlete who does everything right to take care of his body and extend his career. After every Clippers game, Hedo Turkoglu and Big Baby light that textbook on fire.

Here is one thought I had after the Clippers game was over:

1. THIS TEAM IS STILL HERE.

We spend so much time complaining about the Clippers, and, yeah, they’re easy targets. They whine to refs constantly, Doc Rivers destroyed his own bench, etc. But you know what? At some point, this team deserves credit for finding a way to win anyway.

Griffin was shooting 4-of-21 in the fourth quarter this series coming into last night’s game. He came out in the second half and had 18 points, seven rebounds, four assists, and two blocks. Paul was 0-for-7 from the field in the first half. In the second half, he shot 50 percent from the field, recording 15 points and seven assists. J.J. Redick has been nailing huge shots for the entire series, and he was the one who kept the Clippers alive in the first half while Paul was struggling, with 19 points. Jordan finished with 15 and 14 and helped keep Duncan in check. Even Crawford pitched in with a crucial jumper down the stretch to protect the lead. Everybody showed up.

Both the Clippers and Spurs have weaknesses that make them vulnerable. Game 7 is a complete toss-up. The Clippers have six players. San Antonio is playing with half of Tony Parker and a quarter of Tiago Splitter. But as much as we marvel at San Antonio for finding a way to win, all we ever do with the Clippers is explain everything they do wrong.

But they’re still here. Somehow, some way. It might be even more impressive than what the Spurs are doing. We’ll see Saturday.

How Old Do I Look: NBA Edition

Jason Concepcion: Sometimes it’s useful to stop, look around, and realize that we live in a truly amazing time. Technology is all around us. We carry computers in our pockets. Those computers are now capable of telling us that we look old as shit. This is the age of miracles. 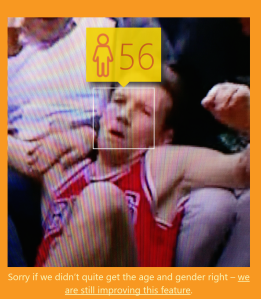 According to Microsoft, Dunleavy — in a semi-daze after being bumped by Giannis, his shorts bunched up awkwardly — appears to be 56 years old. In other words, Giannis’s flagrant put Dunleavy about a decade away from Social Security. 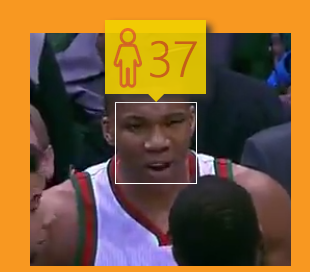 If, when it’s all said and done, the sum total of my achievements in this life is that I predicted the emergence of Dark Giannis, I will go into the light with my head held high. Giannis is 20 years old in actual human time. Freak has gone from tweeting about loving berry smoothies to trying to end Dunleavy in just under two years. 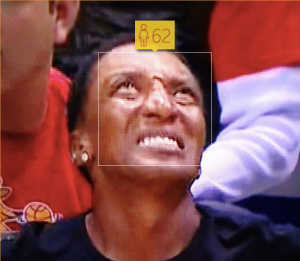 DeAndre Jordan, Facing Down Demons at the Free Throw Line 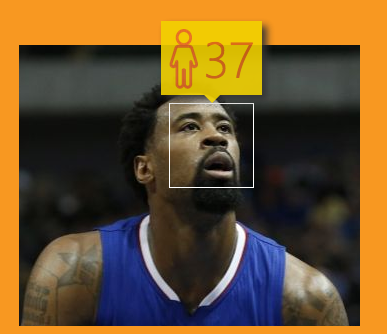 The stress of doing something he’s not good at turns DeAndre into a guy approaching middle age. Whenever Popovich goes to Hack-a-DeAndre, it’s like someone interrupting a stretch of extremely hot, emotionally satisfying sex in order to read Ikea instructions. DeAndre was 7-of-15 from the stripe in Game 6.

Steve Ballmer Moments After Chris Paul Hits a Jumper to Put the Clippers Up Five With 21.3 Seconds Left in the Game 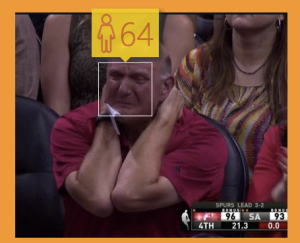 Money can’t buy everything: only cars, houses, private islands, medical care, televisions, computers, vehicles, food, guns, clothing, musical instruments, video game consoles, vacations, sports teams, and a whole bunch of other stuff. What it cannot buy, however, is a release from the despair of complete emotional and financial investment in the Los Angeles Clippers, or an escape from the darkness always welling up inside of you as a result of the Zune not catching on. 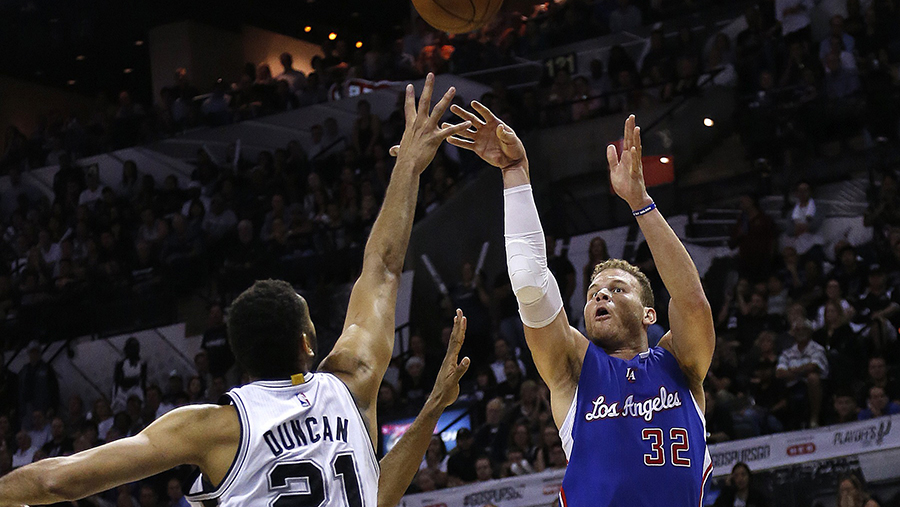 Kirk Goldsberry: Between Kia Commercials, Blake Griffin has worked very hard over the last few years to develop a somewhat reliable jumper. The ability to hit a 17-footer helps extend the careers of power forwards in the NBA — just ask Kevin Garnett, David West, or Chris Bosh. This season, Griffin has been knocking down elbow jumpers at above-league-average rates in those tactically huge areas above the free throw line. 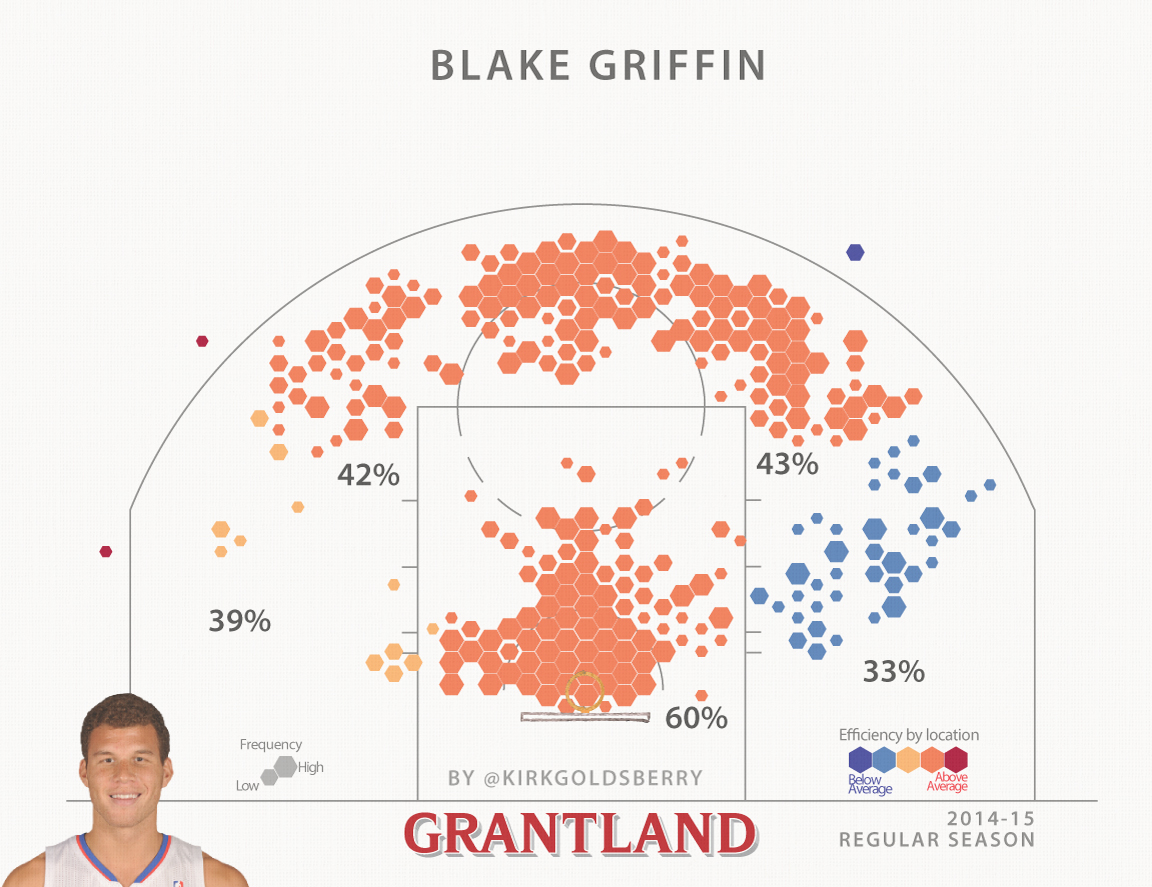 That jump shot has never been as important as it was last night. The Spurs were happy to sag off Griffin and dare him to shoot. He answered, going 11-of-21, including six huge jumpers that paved the way to a season-saving victory. 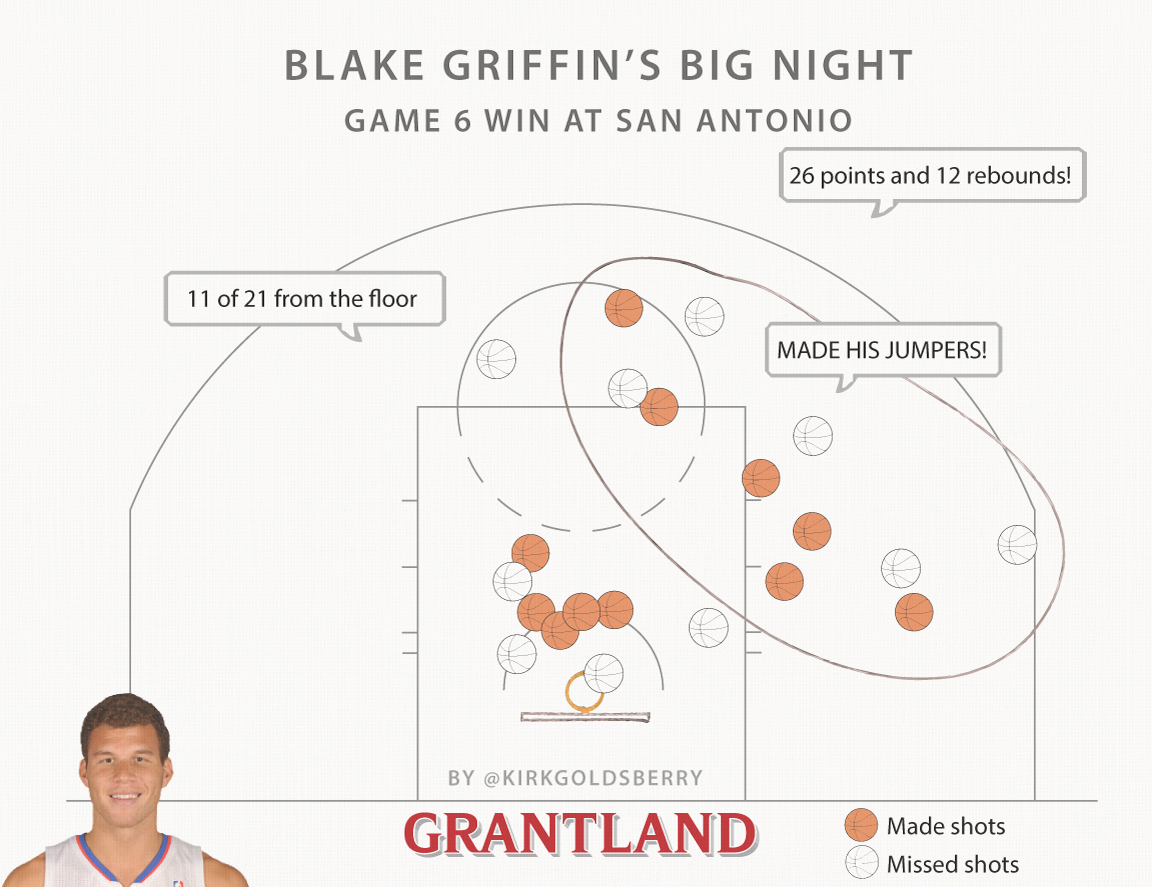 Blake Griffin Has a Cold

Blake Griffin has been battling a cold the last two games, according to Doc. 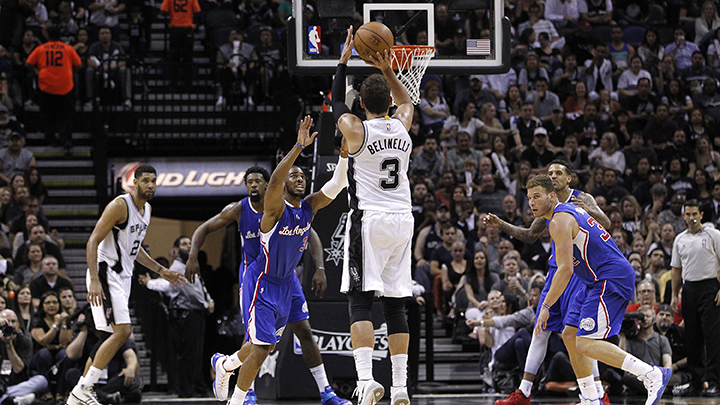 Chris Ryan: Marco Belinelli is like Stephen Jackson methadone. If you don’t have the real thing, he’ll do in a pinch. Captain Jack is one of the few Spurs players over the last 15 years who seemed to have a recognizably human emotional palette. He wasn’t built in a lab to run beautiful motion sets. He got hot and went cold; he took big shots and shot off his mouth. This was the type of dude to accompany Tim Duncan on an unsanctioned paintball excursion, hit six 3s in a game, or get T’d up for going on a post-shot trash-talking tirade against the opposing bench.

For as wonderful as it is to watch the Spurs’ beautiful machine, I also enjoy watching the wrench in the works. Off the court, Belinelli seems to enjoy himself … 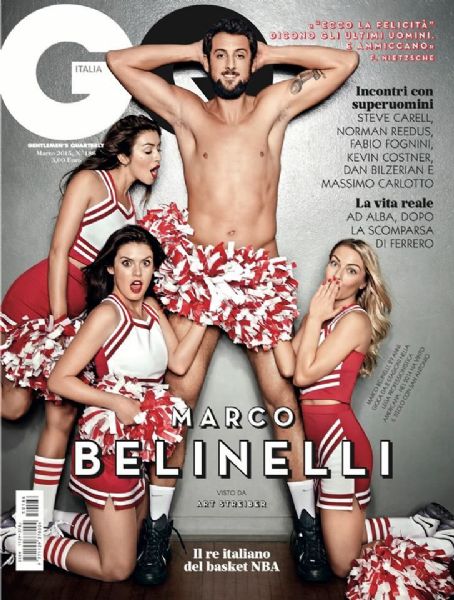 And on the court, especially last night, he has the kind of running-with-the-devil swagger that the Spurs really need — especially if Father Time is tapping on Manu Ginobili’s shoulder.

That was just one of Belinelli’s seven 3s from last night. He was the Human Torch, scoring 23 points in 22 minutes, including some unreal heat-check 3s in the waning moments of the game. Pop has his reasons, but I swear, man, if he had just kept his meatballs spicy and left Belinelli out there instead of an ice-cold Danny Green …

… this series would probably not be going back to Los Angeles.

The Night They Drove Old Milwaukee Down 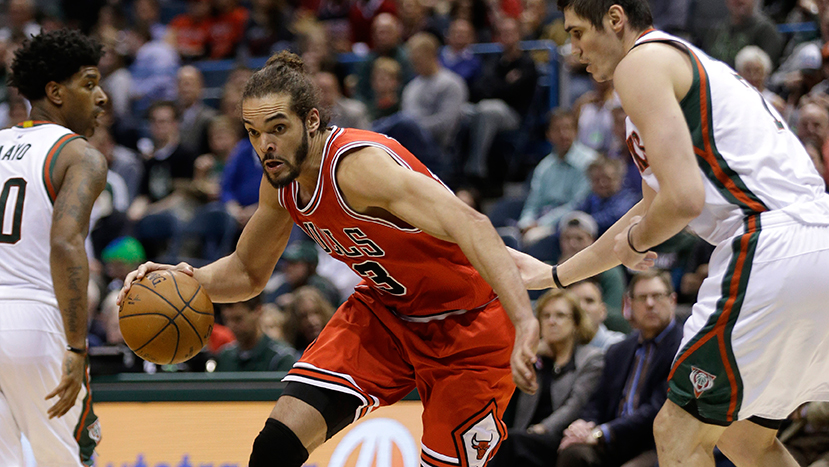 Goldsberry: First off, tip of the hat to the Bucks. They’re an ascendant youthful squad that looks poised to be a factor for years to come. But last night, the Bulls would not be denied; they unleashed a relentless barrage of bucket-getting that made Milwaukee look like a herd of Enes Kanters.

If the Bulls play like this — attacking the paint, moving the ball, and getting contributions from everyone — they might not only beat the Cavs in the next round, they could win this whole dang tournament. For the record, that was an “if” followed by a “could.” Let’s not forget how the Bulls looked in Games 4 and 5. Still, Bulls fans have to be thrilled. In the immortal words of Robbie Robertson, “Look out Cleveland.”

Ben Detrick: Between the humanizing I Hate Christian Laettner documentary and a championship squad led by non-loathsome lottery talent, vitriol toward Duke basketball has ebbed. But during last night’s gratuitous bloodletting in Milwaukee, Mike Dunleavy Jr. reminded us why Coach Krzyzewski’s spawn were so despised.

For starters, Dunleavy was outstanding. He sniped 20 points with laser-guided accuracy (5-of-7 from the field, 4-of-6 from 3, and 6-of-6 from the line), eight of which came during an opening volley that turned the Bucks into instant venison charcuterie. In 28 minutes, he added four rebounds and five assists.

But Dunleavy’s Blue Devil pedigree was most apparent when he needled the young Bucks into an early unraveling.

First, he whacked Michael Carter-Williams during a scrum around the basket that sent the Bucks’ newly acquired point guard to the locker room with a bruised jaw. No foul called.

Then Dunleavy snatched a fistful of Antetokounmpo’s jersey while delivering a quick, arm’s-length horse collar. Again, refs ignored the dirty deed. In retaliation, Giannis annihilated Dunleavy with a shoulder check that sent the Chicago swingman into the seats and the Greek Freak to the showers with an ejection. But of course.

Last night, Dunleavy was at his best — victor, unpunished instigator, pasty embodiment of privilege — and we must dutifully revile him.

The Illusionists: Mayweather-Pacquiao and Boxing’s Desperate, Doomed Playbook From the Past