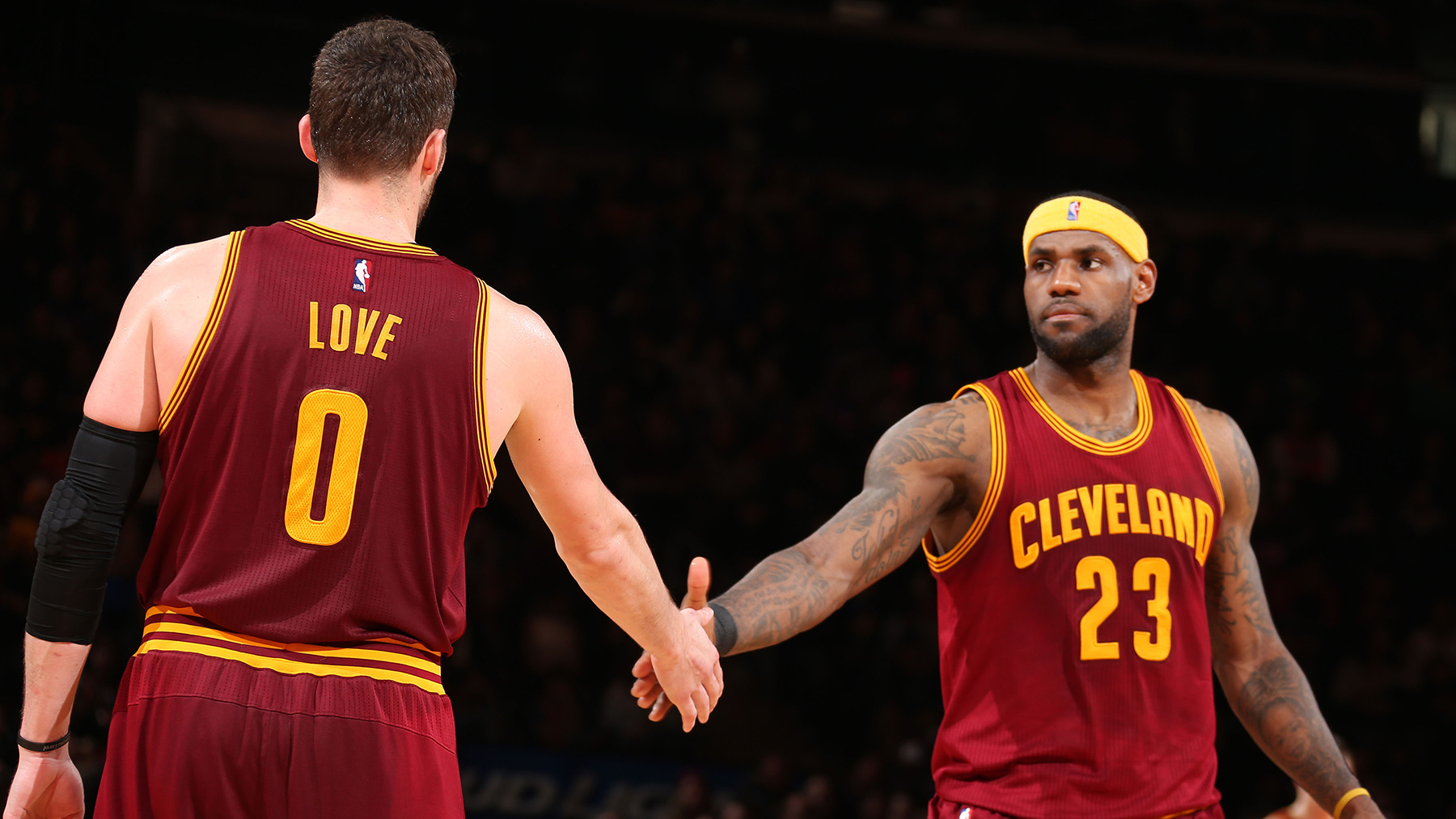 That was the entirely fair and factually accurate criticism someone tweeted at me after I delighted in “Clique Up,” LeBron’s post-win, Kevin Love–less Instagram post.

Except, what happens when a team’s best player — the best player in the league! — has spent his whole career striving to re-create the camaraderie of high school?

Chemistry has always mattered. But it’s only recently that teams have begun openly trumpeting their team chemistry. Part of that is simply the proliferation of social media, but it’s also a cultural shift within the NBA.

Team sports are, on the most basic level, a series of personal interactions. A 2010 study titled “Tactile Communication, Cooperation, and Performance: An Ethological Study of the NBA” found a possible correlation between teammates touching one another — high-fiving, chest-bumping, multi-stage handshakes and the like — and wins. Their methodology was admittedly imperfect, but their conclusion makes sense. Who wants to chest-bump someone they hate?

This isn’t to say that teams with personality conflicts can’t be successful. The Cavs are an elite offensive team and in the top 10 in net rating regardless of whether LeBron waits until Love is in the bathroom to set up group pictures. Shaq and Kobe three-peated despite despising each other before their relationship eventually devolved into freestyle scat boasts. Rajon Rondo and Ray Allen famously didn’t get along, and it didn’t seem to affect the Celtics, outside of stirring up Doc Rivers’s acid reflux. The Bad Boy Pistons fought each other with such regularity that “beat writers no longer treated the skirmishes as news.” They won back-to-back titles.

Other teams come apart with the speed and finality of the Humphries – Kardashian union. The most infamous example is the 1996 Mavericks dissolving, in part, because Jason Kidd and Jimmy Jackson fell out over the finite romantic attentions of Toni Braxton. That ignominious affair’s legacy is that whenever a team inexplicably falls apart — the 2009-10 Cavaliers, the 2013-14 Pacers — conspiracy theorists quickly look for cuckoldry. More recently, the Suns went from surprise fringe playoff team to even more surprising cautionary tale when Goran Dragic decided he didn’t like sharing the basketball with two other point guards.

The difference, it seems to me, between the two types of teams — those that can handle chemistry problems and those that are ultimately scuttled by them — is leadership. The Celtics’ Big Three were veterans, with Kevin Garnett as the fulcrum. Isiah Thomas thrived on — and promoted — ruthless intrasquad competition. Shaq and Kobe may have hated each other, but both guys understood they needed each other to win — at least for a while. And they had the benefit of superstar-whisperer Phil Jackson. 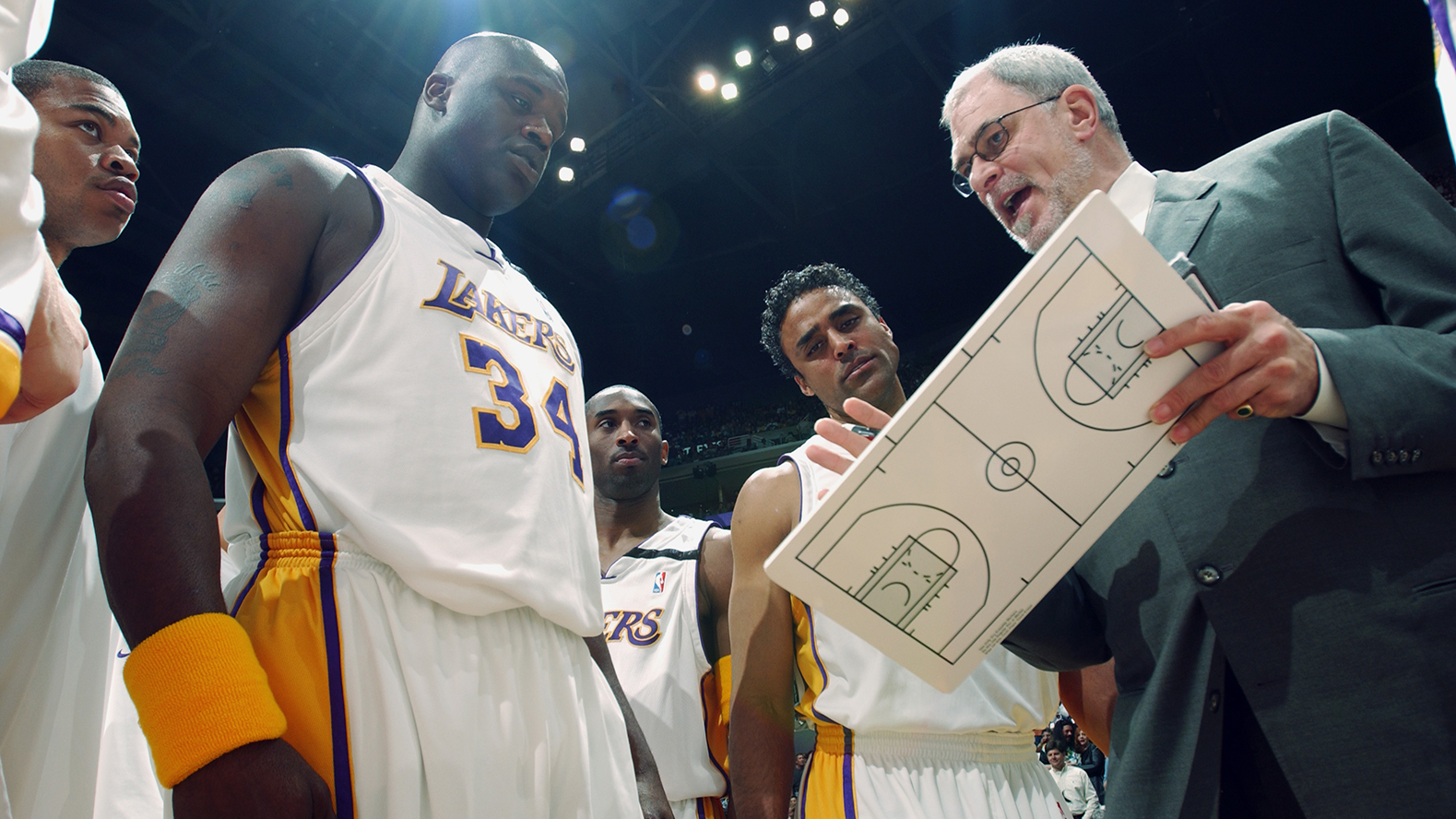 Great players don’t just set the tone for their own teams, though; they dictate the culture of the entire league. When Michael Jordan was on the mountaintop, he faced a series of armed camps, with the nihilist hatchetry of the Pistons pointing the way forward for anyone trying to challenge Chicago.

In the Jordan era, no one cared about teams getting along, because the league was about alpha-male posturing and ruling through fear. Those were the actual Jordan rules. MJ and Scottie Pippen went out of their way to humiliate Toni Kukoc on the international stage, and Jordan reveled in reminding the Croatian about it after he joined the team.

In 1997, then-Knicks coach Jeff Van Gundy accused Jordan of using his friendships with other players in the league as a kind of psychological weapon. “I don’t think what I’m saying is so outlandish,” Van Gundy said. “Everyone knows that it’s true. I don’t have a problem saying it. His way is to befriend them, soften them up, try to make them feel he cares about them. Then he goes out there and tries to destroy them. The first step as a player is to realize that and don’t go for it. Compete against him as hard as he competes against you.” Was Jordan really that ruthlessly calculating or was Van Gundy just trying to motivate his team by playing on MJ’s serial killer image? Probably both.1

I don’t think it’s any coincidence that as the grizzled figures of the ’90s retired or transitioned into punditry, and the focused sociopathy of Kobe gave way to the bonhomie of LeBron, we suddenly began to hear the critique that NBA players are now too friendly, too buddy-buddy. Too many players share the same agents, and this ongoing wussification is somehow sapping the competitive animosity out of the league.

Maybe so, but Patrick Ewing and Alonzo Mourning managed to train together every summer, with Ewing going so far as to offer Zo one of his kidneys when Mourning fell ill, and that never stopped the Knicks and the Heat from letting their hands go whenever they got the chance. The culture of the league changed because the players changed.

It’s been observed many times before — by long-time LeBron-ologist J.R. Moehringer, among others — that LeBron is constantly trying to re-create his high school experience. He thrives when he’s surrounded by friends. Personality-wise, he’s the anti-Jordan. He puts the lie to the myth that you need to be a single-minded, relationship-rending sociopath in order to be a great basketball player. Crackpot theory alert: I think it bothered LeBron to see the Instagram videos of the Warriors hanging out, gambling, and partying on their team plane, all in love with the coco.

That’s the vibe he wants for the Cavs.

I think it annoys LeBron that Love isn’t more sociable. Their relationship is fascinating, whatever the product on the court looks like. When has a player ever gone out of his way to name an opposing player the MVP? Love recently admitted he and LeBron were not “best friends.” Coworkers rarely are. But playing in the NBA is a special job, and playing with LeBron seems to require participating in a special relationship. When he was asked about his absence from the group Instagram pic, Love said, “I’m sure he’s going to have me in the next one.”

I’m sure LeBron is hoping Love will actually want to be in the next one.