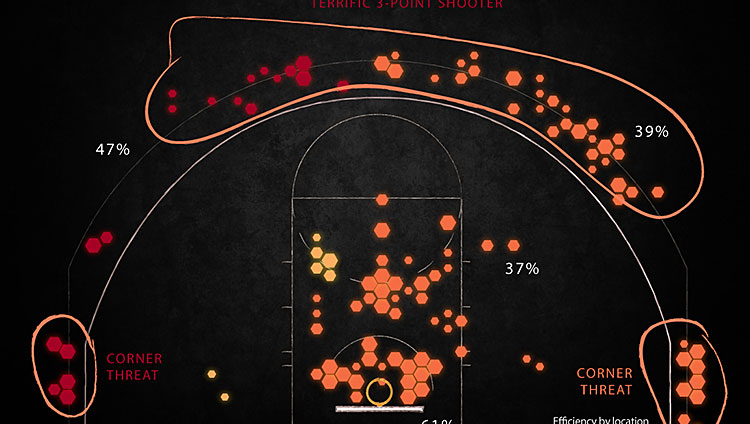 Yesterday we looked at the scoring tendencies of the top tier of tonight’s draft class. Today, let’s take a look at the second tier of scorers in this unusually deep group. Unfortunately, since data is available only for those who played “big time” college basketball during the 2013-14 season, we don’t have charts for the international guys or players like Elfrid Payton.

LaVine is a relatively big, athletic guard who is probably one of the best catch-and-shoot guys in the first round. He excels in transition and behind the arc, where he’s already shown NBA range, despite being only 19. LaVine’s shot selection is similar to that of James Harden or Manu Ginobili. 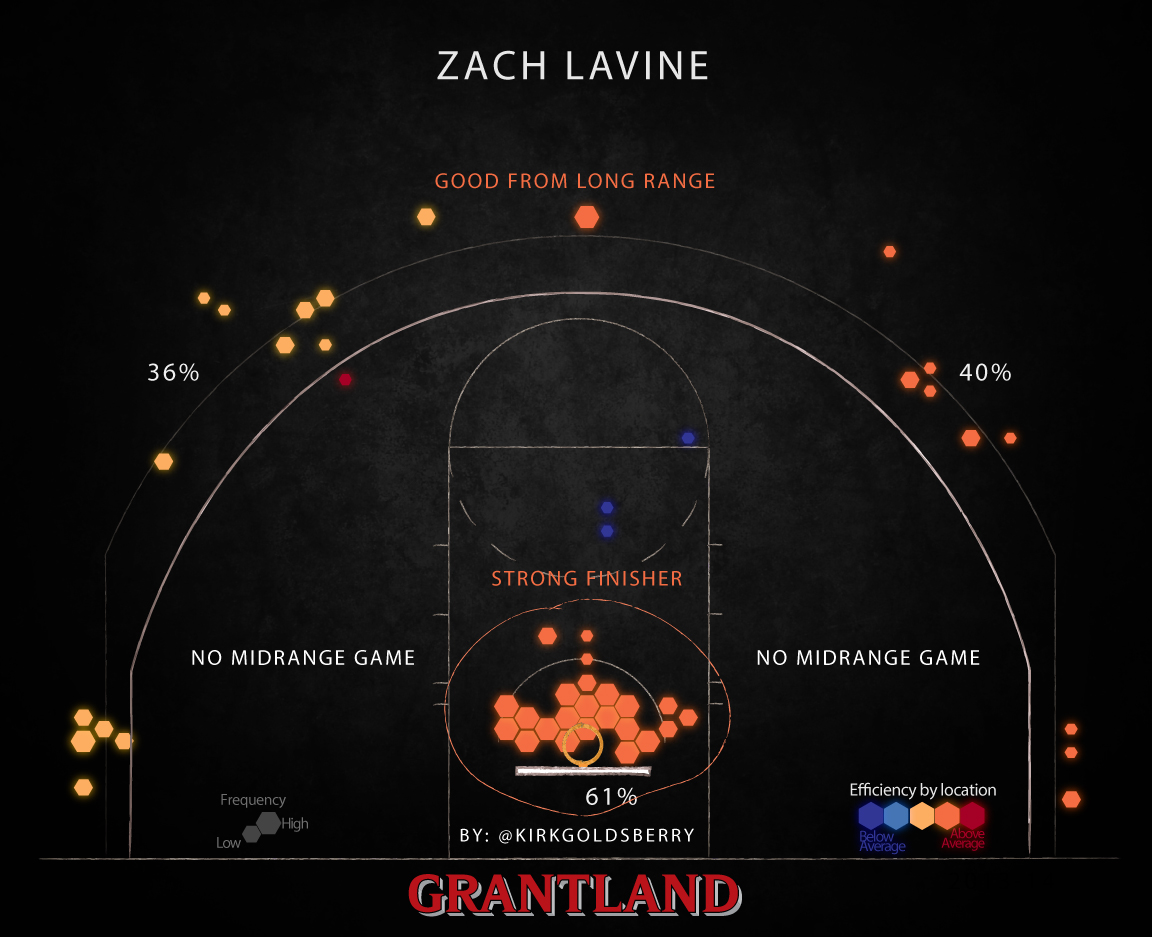 Like LaVine, Harris is a shooting guard prospect who already possesses NBA range. Unlike LaVine, he’s less active near the basket and in transition, and more so in the midrange. He’s a pure jump shooter with a particular affinity for 3s in the corners and deep along the wings, both of which were spots where he made loads of big shots for Michigan State last year. 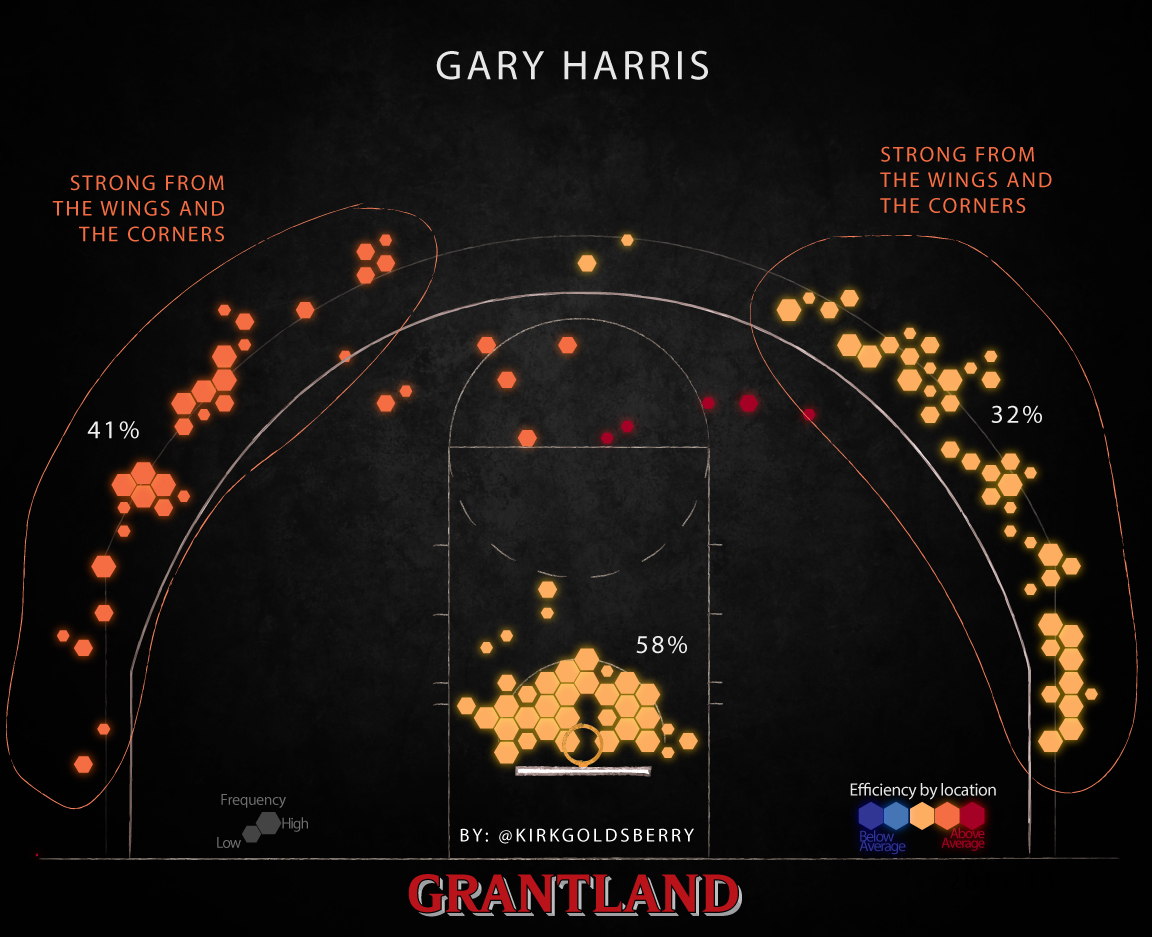 Warren is among the best interior scorers in the draft. He scored 25 points per game at NC State and made an incredible 74 percent of his shots inside 8 feet last season. Those are LeBronesque efficiency numbers. It’s that freakish combination of volume and efficiency that makes him so attractive. Warren’s a throwback player in the sense that he excels in those old-fashioned areas in the paint and inner midrange. It says a lot about the state of basketball when a big guy who loves to finish in and around the basket is commonly described as unique. 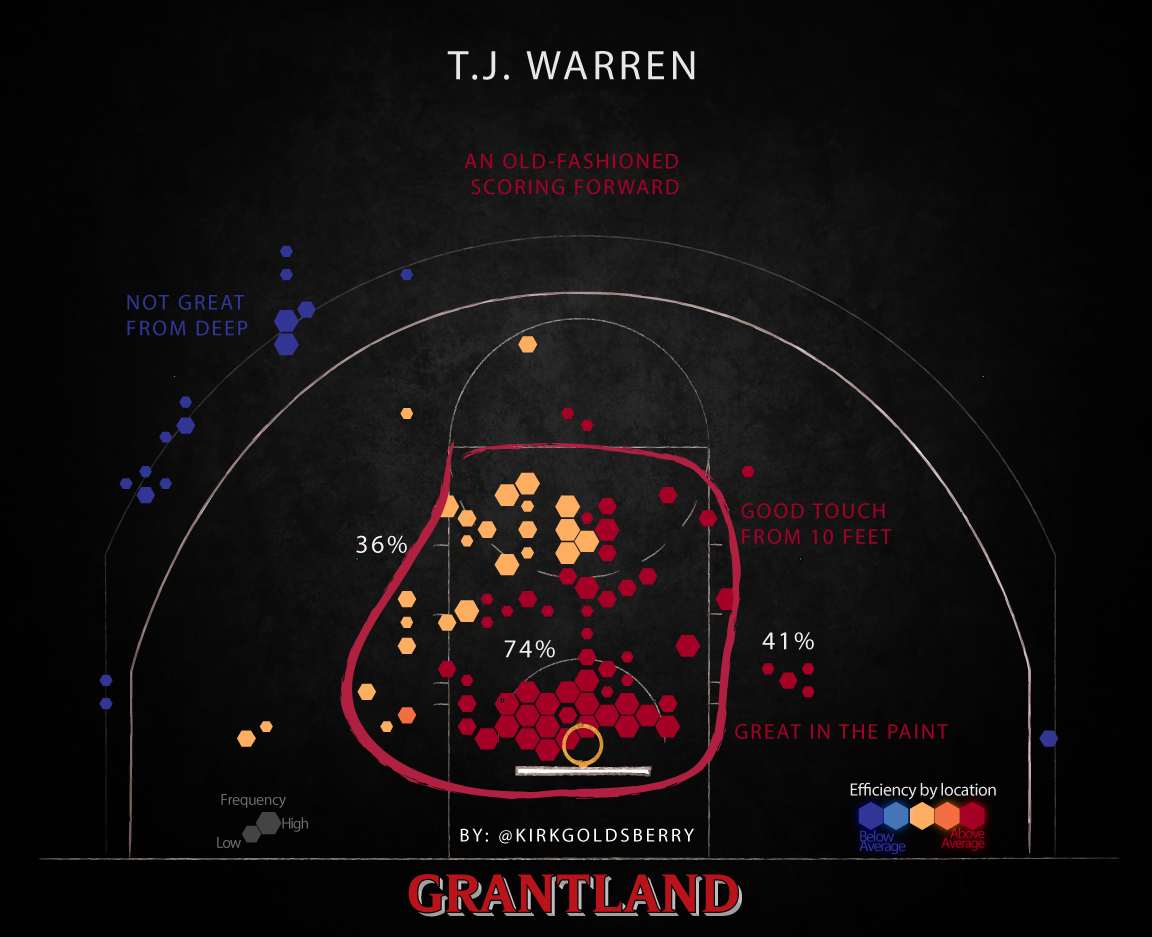 Hood has one of the most impressive shooting charts in this group. He can score close to the rim, in the midrange, and from deep. 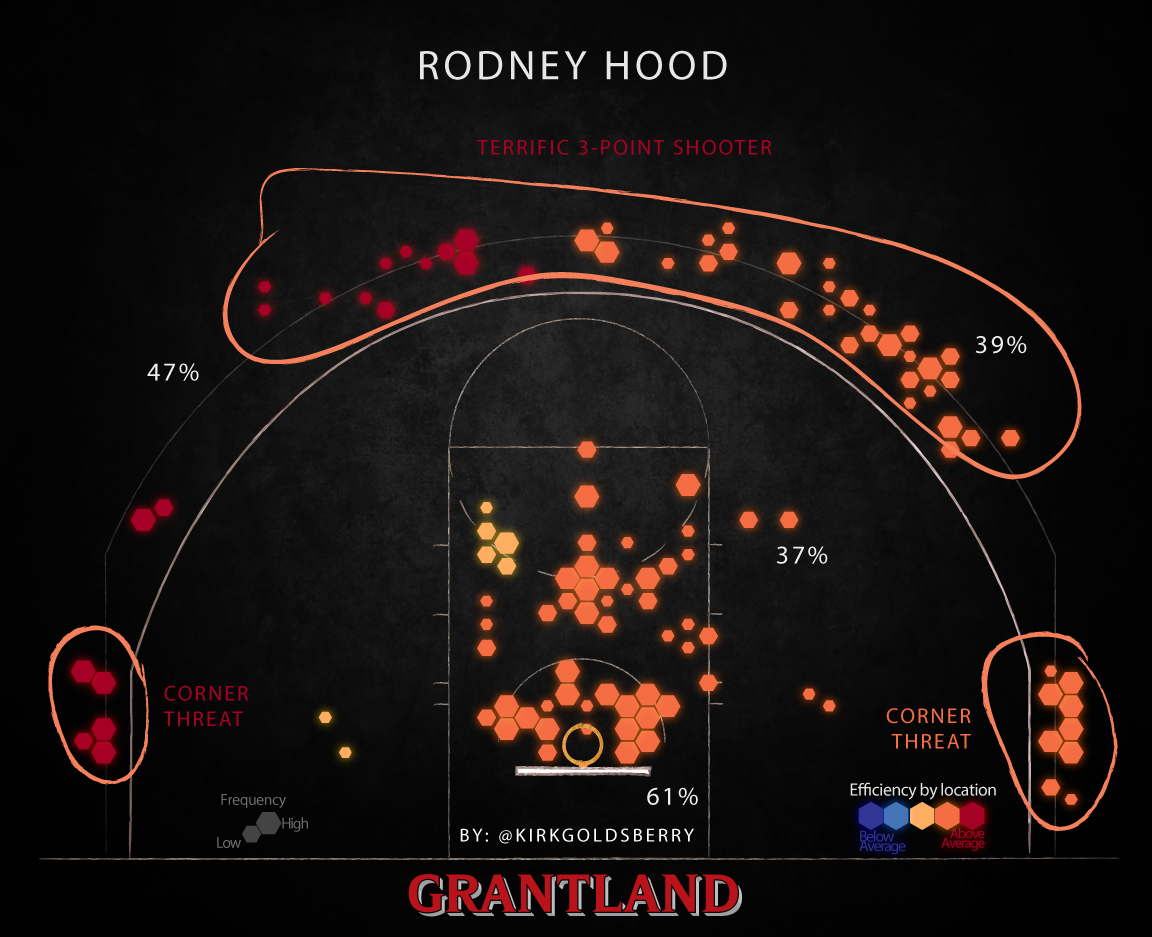 I was working as a professor at Michigan State when Adreian Payne showed up to play for Tom Izzo. Payne deserves a lot of credit for his development during his stint in East Lansing. He was a fairly raw talent as a freshman, but by the time he finished there, he’d become a really versatile scoring weapon, especially when you consider his size at 6-foot-10. He exhibited huge improvement as a jump shooter, and now can reliably make those 20-to-24-foot shots beyond the elbows, à la Chris Bosh. In turn, Payne has the potential to be a productive pick-and-pop big who provides his team with a key stretching element. 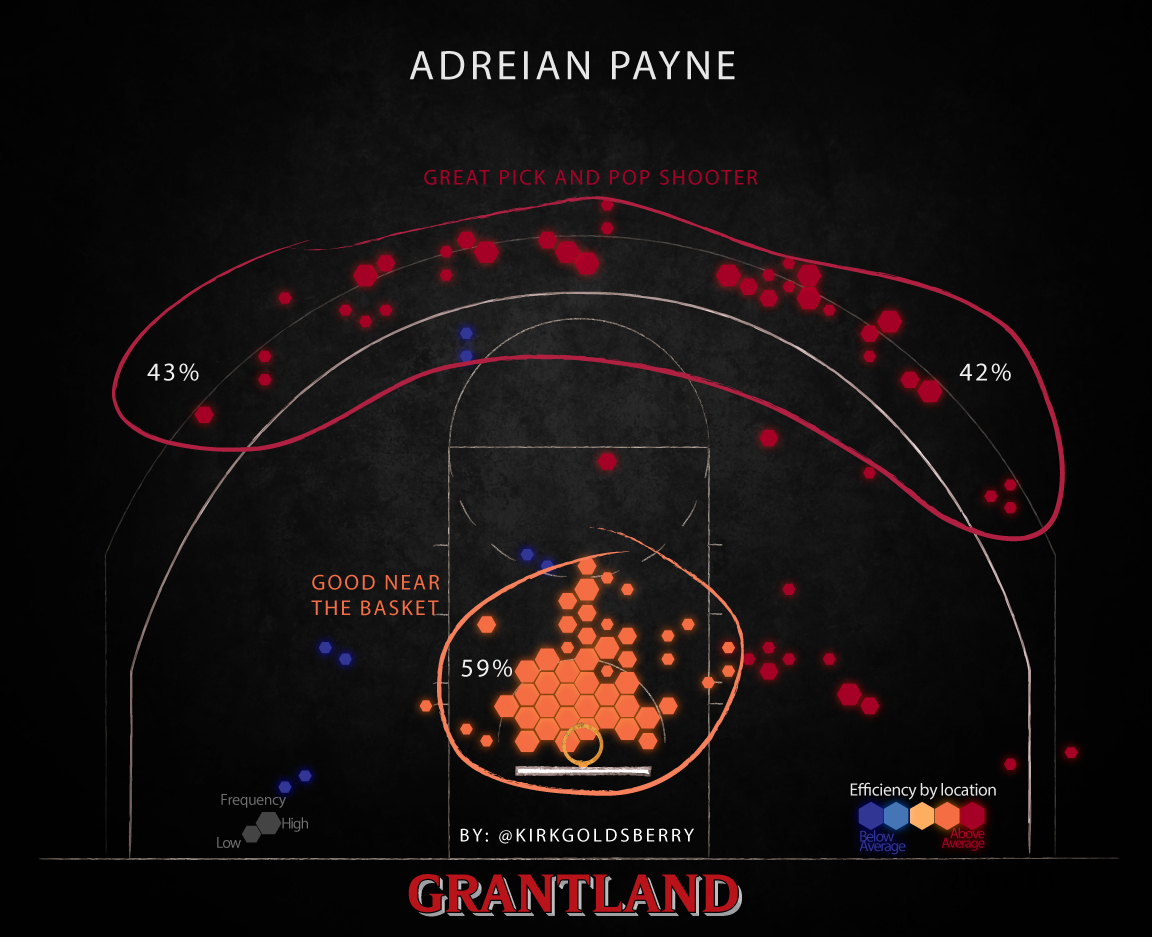 Ennis might be an impressive player, but it’s not really because of his scoring. He’s a below-average shooter near the basket and mediocre in the midrange. However, he’s young, and his innate abilities as a playmaker overshadow what might prove to be temporary limitations as a shooter. At Syracuse, Ennis was at his best as a pass-first point guard, but if he develops a stronger pull-up jumper and a long-range game, there’s no doubt he can become a strong scoring threat as well. 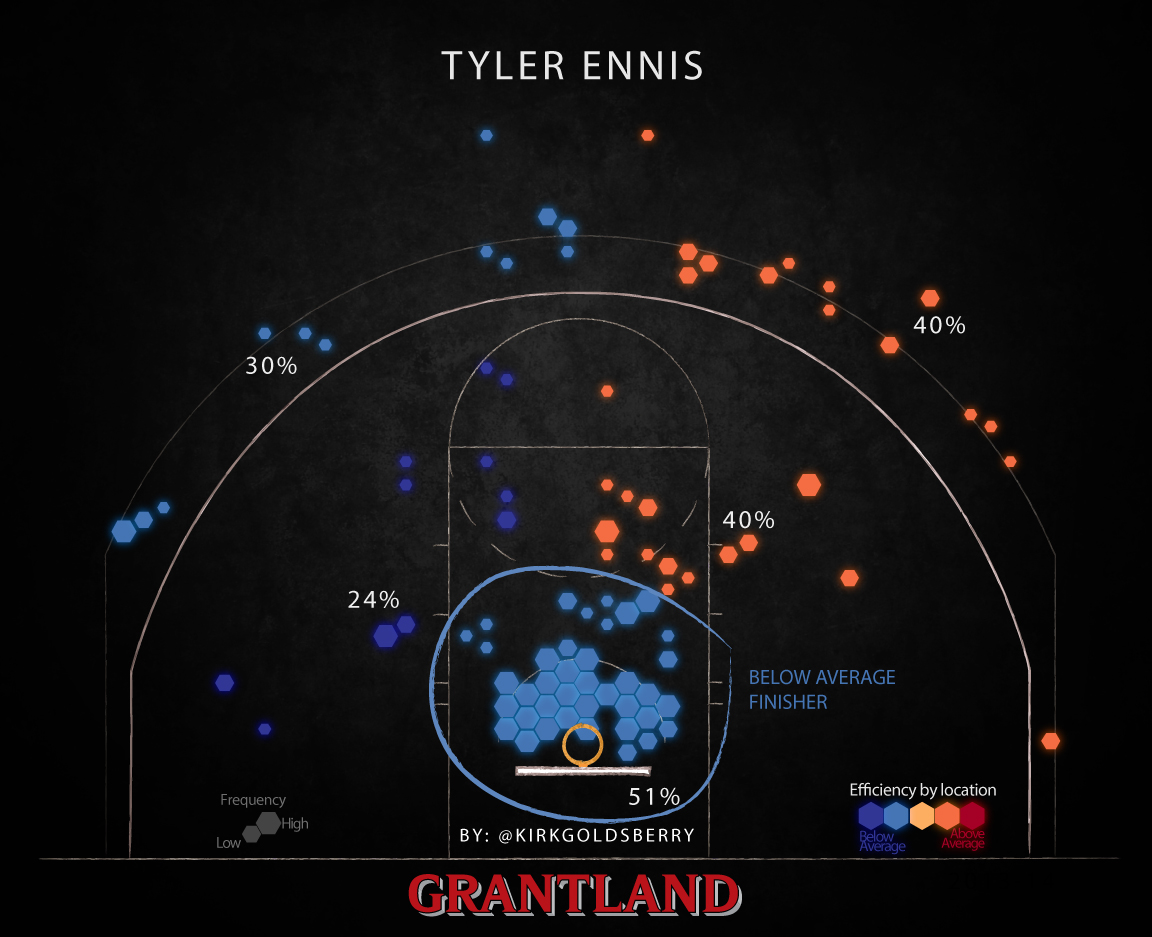 Unlike Ennis, there’s no doubt about Napier’s jumper; he’s one of the best shooters from deep in this year’s draft class. The doubt surrounding Napier involves his ability to attack the rim and finish at the hoop in the NBA. He struggled close to the basket, and of all the players I evaluated, he exhibited the lowest conversion rate inside 8 feet, making only 49 percent from that area last season. Still, as Steph Curry has proven, you don’t have to be an elite finisher to be a great point guard in the NBA, especially if you can shoot the lights out. 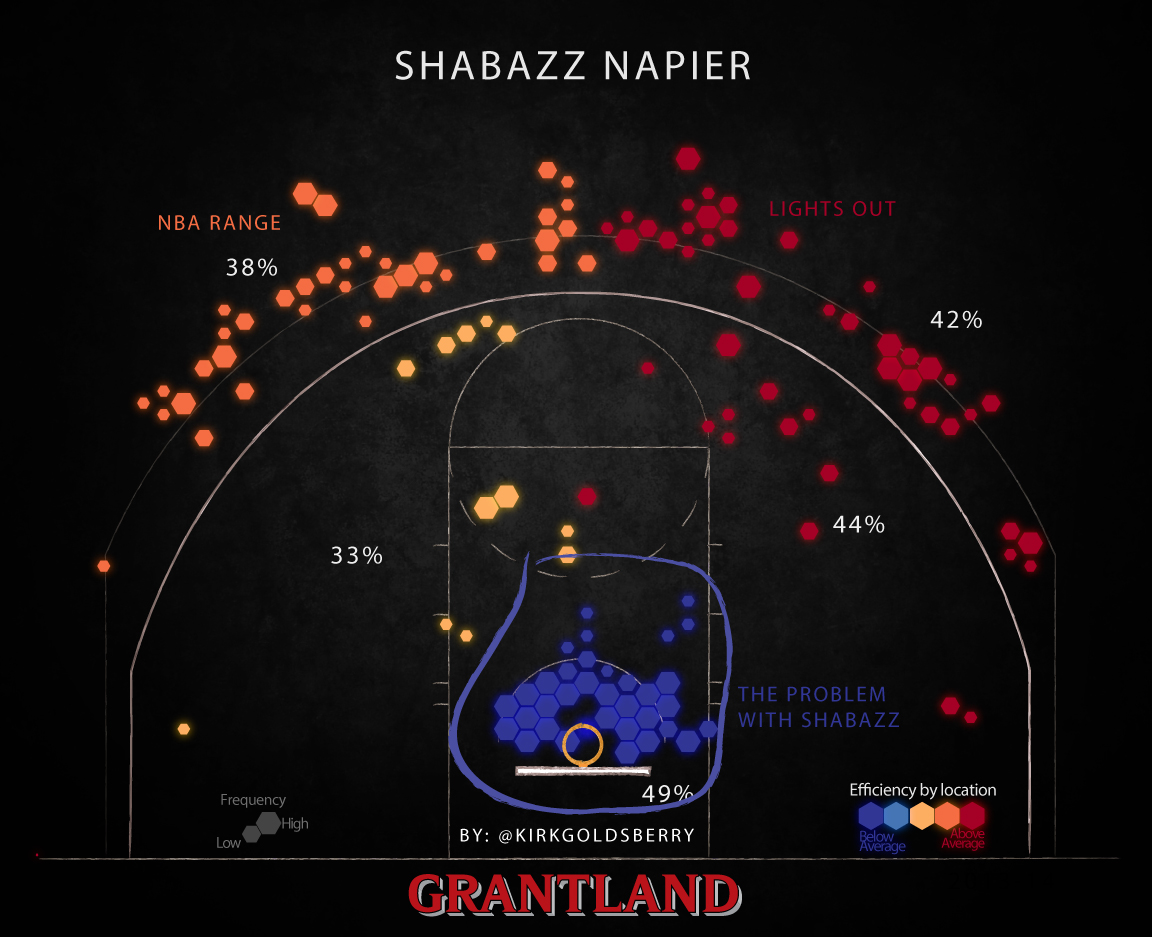 Young is young; he’s only 18, and that has to be factored into his evaluation. At Kentucky, Young was a very active spot-up shooter who took more than half of his shots beyond the arc. He made 35 percent of those 3s, which is pretty good considering both his youth and his size. In the NBA, if he exhibits even minor improvements as a shooter, Young can contribute right away as a spot-up threat, particularly from the wings and the corners. 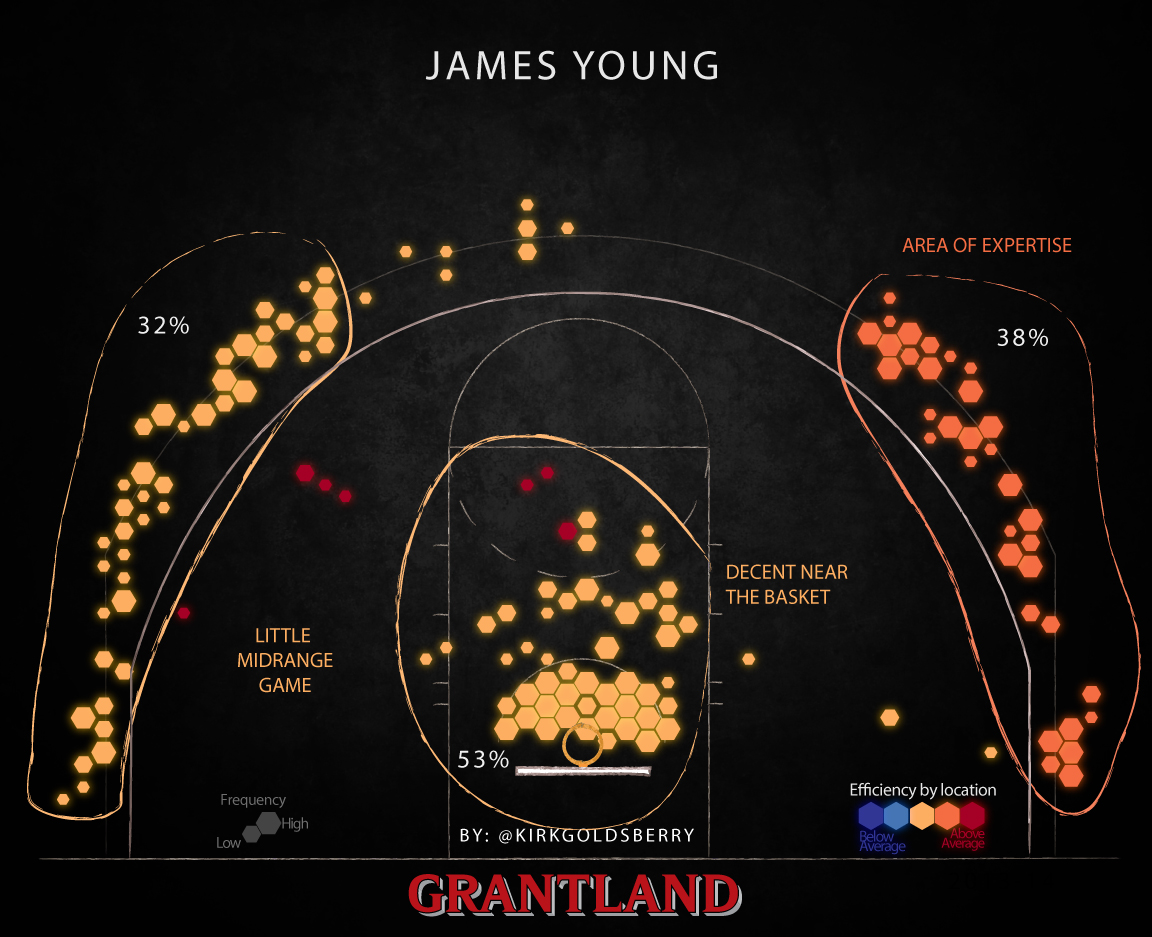 A quick glance at Adams’s stats can be deceptive; his 49 percent field goal percentage as a shooting guard is impressive, but he arrives at that high number thanks to an unusually strong conversion rate near the basket. He’s not a bad shooter, but he’s also not as good as that overall FGP number might suggest. His ability to finish at the basket should by no means be overlooked, but it also needs to be evaluated separately from his abilities as a jump shooter, which to this point are average relative to his draft cohort. 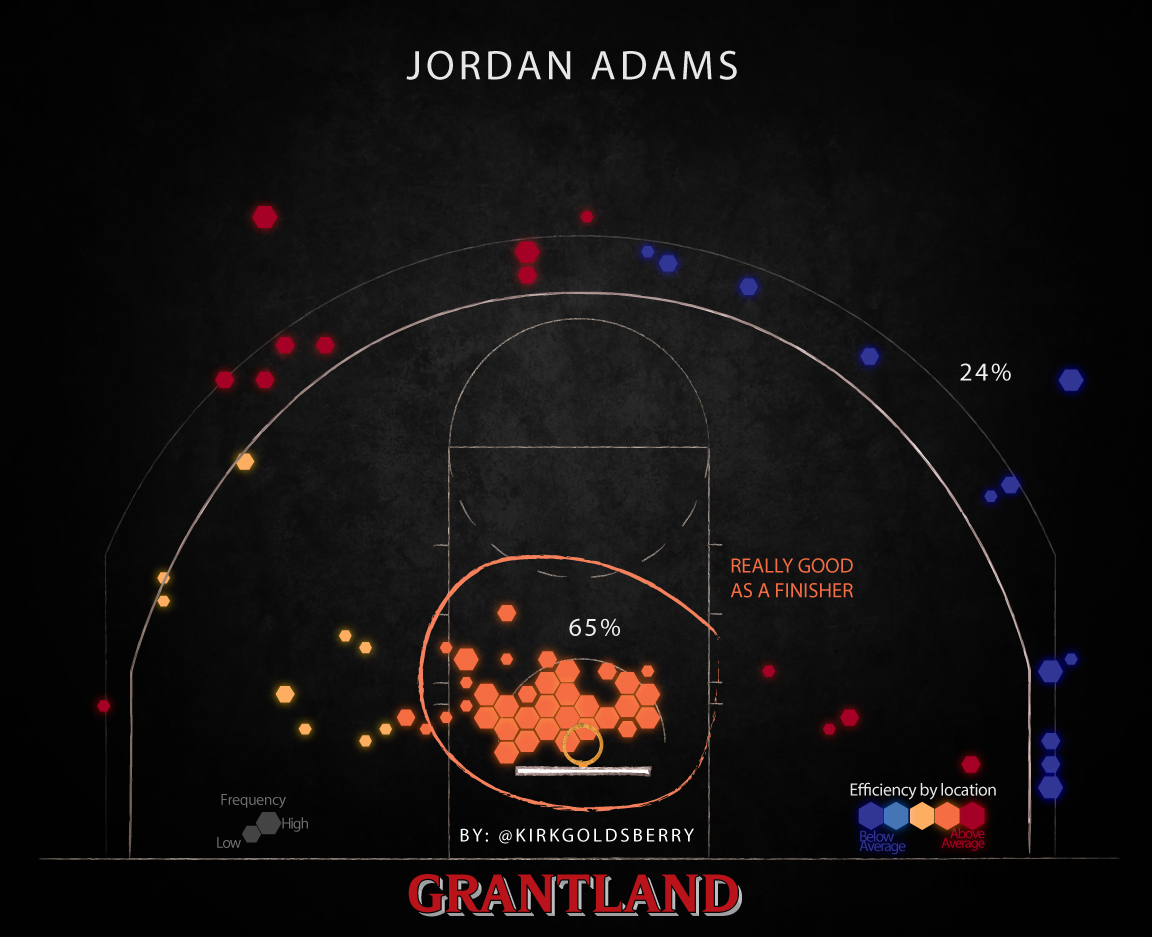 Anderson is one of the most active midrange shooters in the draft; 40 percent of his shots last season were 2-point jumpers, and he converted those 38 percent of the time, which is very close to the NBA average. However, at UCLA Anderson served as a point forward, which means those midrange shots commonly came off the dribble, and rarely came in more lucrative catch-and-shoot scenarios. As a result, his shooting numbers will probably improve as his ballhandling responsibilities recede in the NBA. 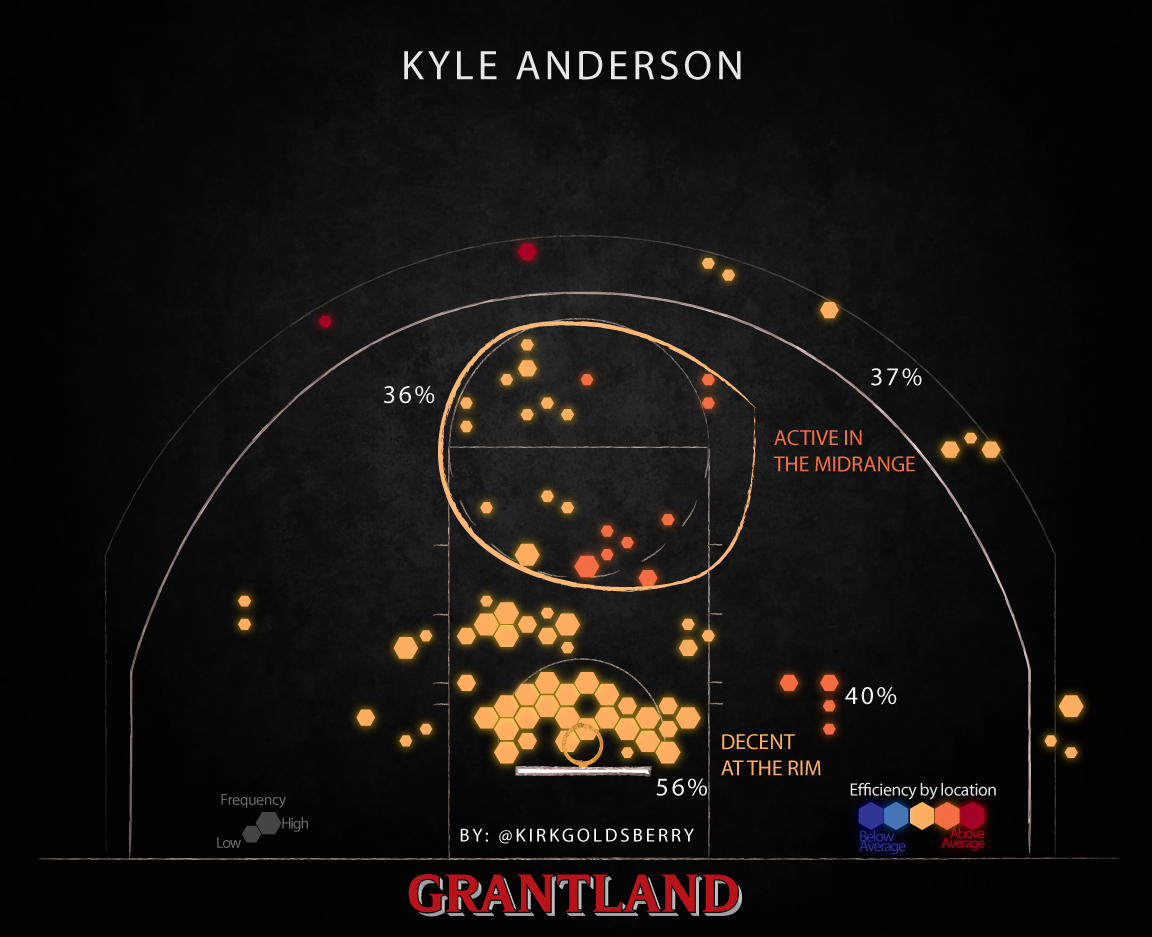