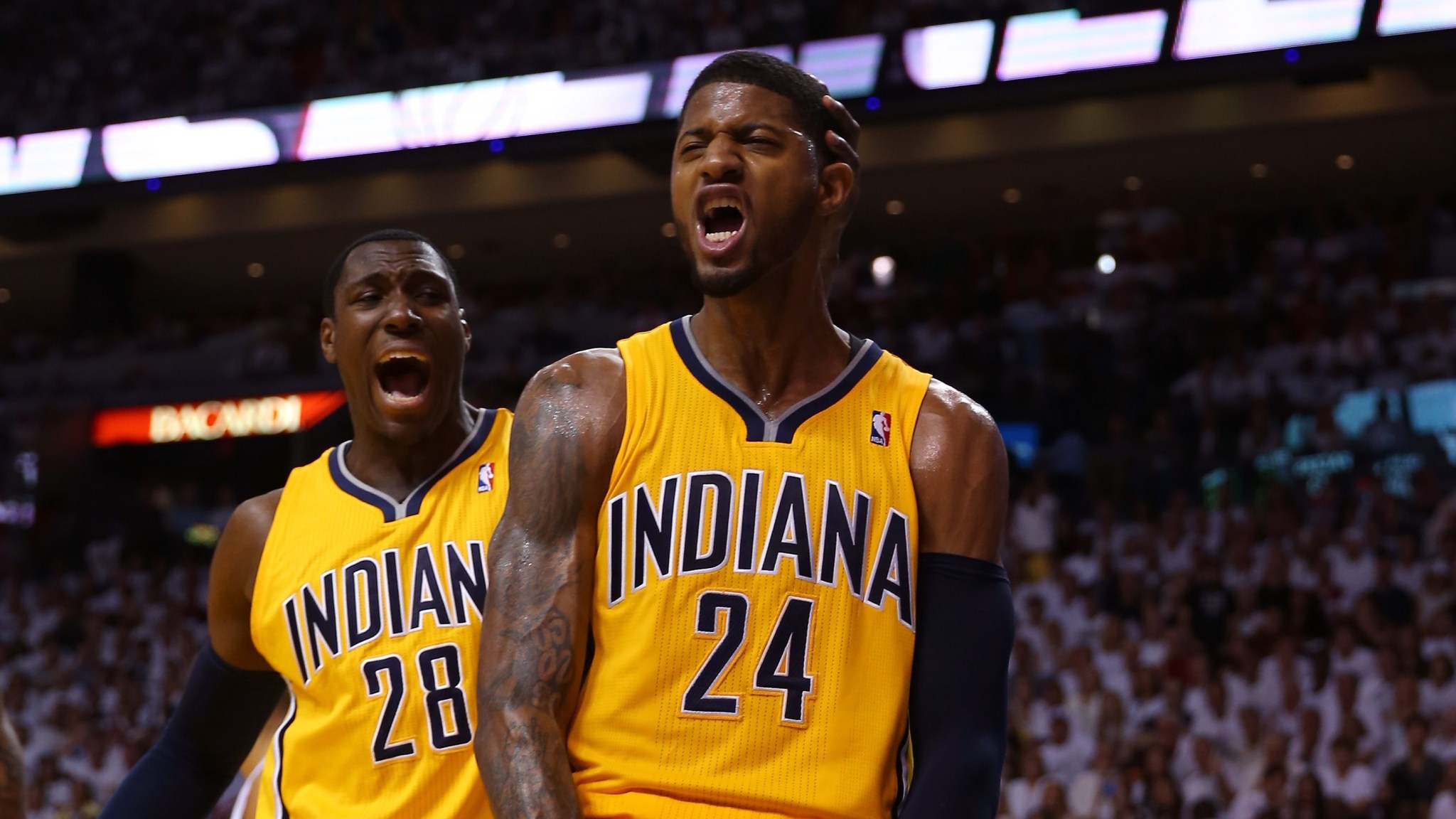 OK, quick update this afternoon. It’s been a busy day for All-Star Weekend news. First, we found out that John Wall was going to be part of the dunk contest.

Then we found out Paul George would join him Saturday in New Orleans, and already, the dunk contest had more star power than we’ve seen in years. That’s before you remember that Damian Lillard is also rumored to be part of the dunk festivities.

For Lillard, there’s a chance we’ll see him in the 3-point contest, the skills challenge (he won last year), the rookies-sophomores game, AND the actual All-Star Game on Sunday. He’s confirmed in all but the 3-point contest, and he’s gotta say yes to that, right? Why not? You can’t put a price on making history at a meaningless event full of the most corporate synergy on the face of the planet.

So the entire dunk field is Wall, George, Lillard, Harrison Barnes, Ben McLemore, and Terrence Ross, fresh off this assault and battery on Kenneth Faried in full view of 18,000 people.

The 3-point contest field is murkier for now, but it will definitely include Marco Belinelli and Bradley Beal, who offered this quote today to make us all feel a hundred years old.

There’s also the music. Horrible music is an All-Star staple. This is a league that once chose Meatloaf to perform at All-Star Weekend, which is really all you need to know.

Last year at All-Star Weekend they played that “Light It Up” Fall Out Boy song roughly 500 times over the course of three nights in Houston, plus a live Fall Out Boy performance featuring 2 Chainz. Whoever makes these decisions in the league office must have the most unbearable iPod in the history of the world.

But maybe that was actually just David Stern’s iPod. Because look: “Kendrick Lamar has been tapped to headline the Saturday night (Feb. 15) of NBA All-Star weekend, with a performance prior to Sprite Slam Dunk.”

Somehow they did it. The NBA picked a concert that people might actually want to watch. Throw in Pharrell performing during the intros Sunday and Janelle Monáe as the halftime show, and it’s all so good that it’s a little disconcerting. Maybe this is all a trap.

But back to Saturday. What’s the only way you could improve on the news of the day? 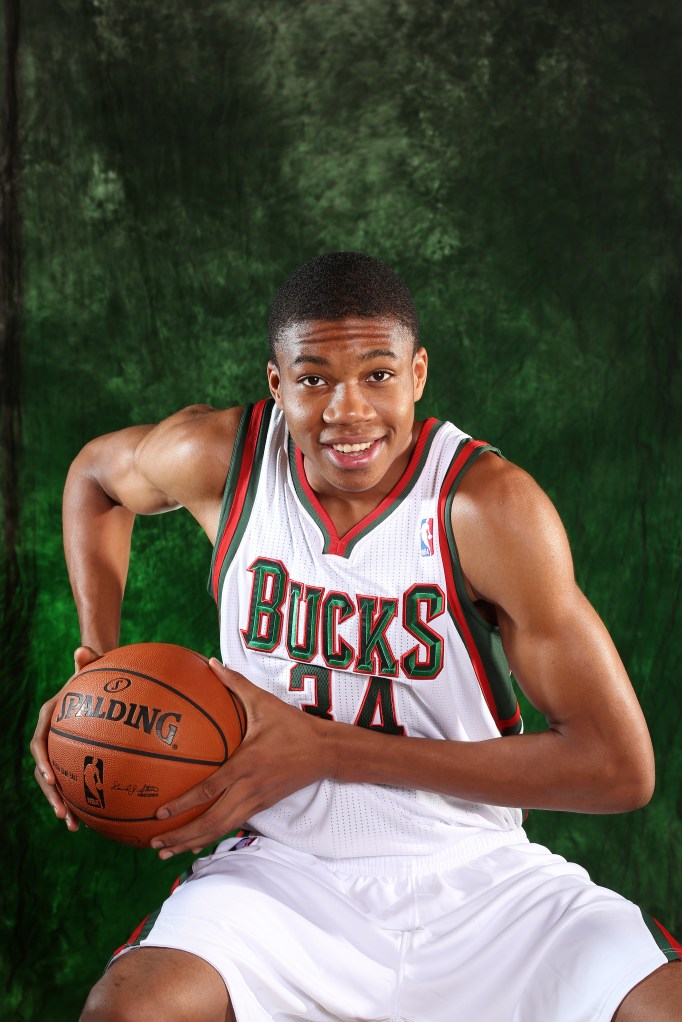 Yahoo Sports reports that he’ll be part of the skills challenge this year, which is a pretty amazing thought experiment once you start imagining him doing all the same drills we normally reserve for the best point guards in the league. After discussing this in the Grantland office, we think his strides will help him cover the court faster than anyone, but the jump shots could get painful. We’ll see.

The one thing that’s great about Giannis is knowing his reaction to whatever happens will probably be the best moment of the night. This is why involving Giannis is never a bad idea.

And after four or five years of silently dreading all these events, everyone around the league might actually be excited about watching this for once. That alone means All-Star Saturday is already a success.

It’s a new era in NOLA. Go blast some Kendrick, watch some Paul George dunks, and TURN UP 4 SILVER. 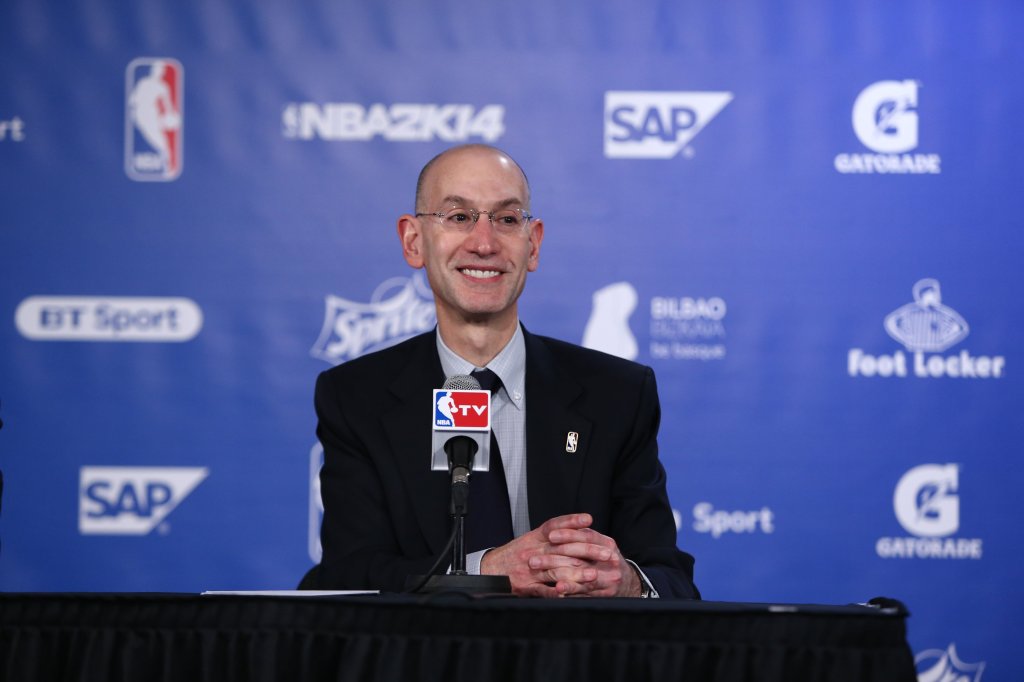