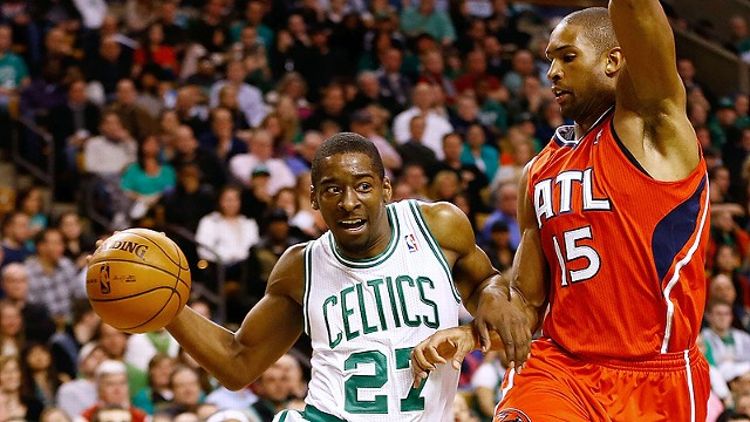 When we last left Jordan Crawford, it was the night the Knicks showed up to Madison Square Garden dressed in all black for a Celtics funeral. That was the same night the Knicks (of course) got blown out, and that led to Crawford leaving the Celtics bench to tell Carmelo Anthony that Kevin Garnett had sexual relations with Carmelo’s wife. This was one of the biggest moments in early Vine history. It all ended with LaLa responding on Instagram. How can you not love this game?

Now it’s a new era in Boston, and it all starts with Jordan Crawford.

#Celtics guard Jordan Crawford said in his 4th year in NBA he feels teammates are starting to look to him as a "leader" on the team.

Kelly Olynyk and Marshon Brooks are the sheep, and Jordan Crawford is the shepherd. If that doesn’t get you excited for basketball season, I don’t know what will.

Because, yes: The NBA regular season is six weeks away, the first preseason games start on October 5, and even if we’re all just getting used to football dominating our lives again, basketball will be returning right alongside it very soon. So the Triangle is going to do the Robert Mays thing here and remind you every day why this is a good thing. Consider yourself warned. Warned about the warning series, warned about the Jordan Crawford era in Boston, warned that somehow we’re only a month and a half away from basketball coming back to our daily lives. ISN’T IT GREAT?

Let the sweet sounds of Space Jam ring out from sea to shining sea.

Basketball is on its way back. It’s gonna be great.