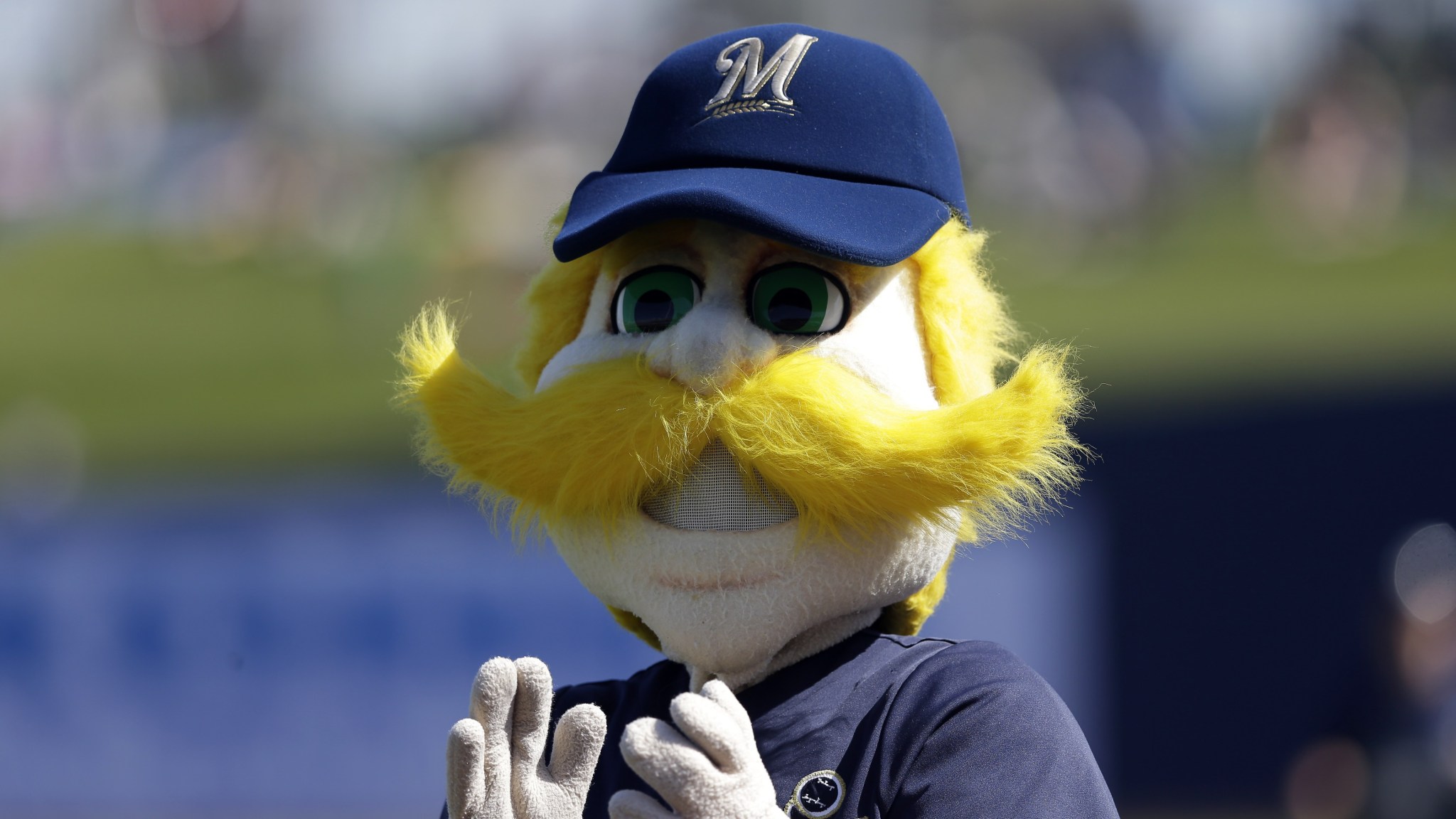 The simple things, Pete Townshend once warned us, are all complicated. That is the way it is when you are in a pennant race, and that is especially the way it is when you are falling out of a pennant race like a bowling ball down a well. Take, for example, the Milwaukee Brewers, who began the weekend seriously contesting the St. Louis Cardinals for first place in the National League’s Central Division. Even though it had been a wretched few weeks — the Cardinals came to town having won five in a row, while the Brewers began the series as losers of their previous eight games — Milwaukee was still only three games in arrears and a significant variable in the various National League wild-card computations.

Milwaukee ended its losing streak, but, after Sunday’s low comedy was over, the Cardinals left town five games up and the Brewers found themselves assembled together in the always portentous “players-only meeting.” (There is only one phrase in baseball more ominous than “players-only meeting,” and that is when your manager gets the dreaded “vote of confidence” from the front office. When a manager gets the “vote of confidence,” it should be delivered by crows.) As so often happens, one play summed up the epidemic futility that has struck the Brewers. It was a very simple thing that got complicated.

Truth be told, the play was far more illustrative than it was decisive. It happened in the eighth inning, when St. Louis had already staked Adam Wainwright to a 6-0 lead that would become a 9-1 final. Wainwright winning a complete game in September is not that unusual. The Cardinals winning a game by a big score in September is not that unusual. What happened on this play was unusual. In fact, you can watch baseball until your eyeballs sprout stitches, and you likely will not see the like of this play again. St. Louis catcher Yadier Molina knocked a fly ball a decent length to dead center field that Milwaukee’s Gerardo Parra caught with room to spare. Acting out of habit, Parra threw the ball back to the infield. The problem was that nobody caught it.

Scooter Gennett at second base and Jean Segura at shortstop watched the ball roll between them. On the mound, Alfredo Figaro had his back turned and was preparing to face the next batter, and missed what was going on behind him. The ball rolled almost all the way to catcher Martin Maldonado. Figaro saw this and looked like a defendant suddenly seeing the eyewitness he thought was dead take the stand. Miller Park erupted in boos and laughter as the runner advanced to second. And the hell of it all is, it was Parra, who’d done his job perfectly, and who was standing some 350 feet away from the ensuing clown show, who got the error. (Baseball scoring rules are cruel.) The simplest things get all complicated when you’re falling out of a pennant race. This was only one of them.

“I don’t know if it was a lack of focus or what it was,” Milwaukee manager Ron Roenicke said. “The throw wasn’t bad. Somebody has to just step up and catch the balls. We do this once in a while.”

“Focus” is one of those odd sports words, like “momentum” and “chemistry,” that can mean everything and nothing at the same time. So much of playing a sport at this level is rote muscle memory, not-entirely-natural acts polished into instinct through countless repetitions. All three of the Milwaukee players (not) involved in that eighth-inning burlesque have made that simple play thousands and thousands of times. Sometimes, though, fallible humanity overcomes even the most sharply honed instincts. In The Bogey Man, his book about his time on the PGA Tour, the late George Plimpton discussed the complicated relationship between thinking and doing by imagining that his golf swing was being directed by a group of Japanese admirals residing in his head, all of them shouting contradictory orders at the same time in a language Plimpton didn’t speak. Sooner or later, no matter how well trained, whether they’re playing in a major league park during a pennant race or a Thursday night beer-league softball game, all athletes eventually surrender to their personal chorus of admirals. Put another way: Don’t think — as Crash Davis says to Nuke LaLoosh, quoting approximately 9,000 former baseball managers — you can only hurt the ballclub.

And as opposed to any other sport, of course, baseball gives the admirals more than enough time to seize the bridge. Four games between starts for pitchers. Maybe 25 minutes between plate appearances for hitters. And this goes on, day after day, for eight months. Periods of indwelling contemplation are built into the basic temporal fabric of the game. How can you avoid thinking? How can you avoid letting memory overcome talent, letting the distressful past overcome the immediate now? Yes, there’s always another game to play, but that one will have its solitary dead spots, too, and what will you think of then?

That is what the Brewers looked like over the weekend, and what they’ve looked like over the past month. They look as though they are outside themselves, watching their play deteriorate and feeling that they are somehow responsible, but not able to quite figure out why and how. “We’re not doing good,” said Milwaukee All-Star outfielder Carlos Gomez, who on Sunday got his first at-bat in a week after injuring his wrist. “That’s no excuse, you know. We’re not playing like a team. We just put it in the past and come tomorrow and win the fucking game.”

They’re a good, solid team full of young talent. They started the season 20-7. Gomez started fast, and his slump set in just as the team’s fortunes began to fade. In the first five games of the nine-game losing streak, Gomez was 1-for-15. Catcher Jonathan Lucroy ripped through the first half of the season to the point where he is still in the conversation for the National League’s Most Valuable Player. (Lucroy is the fourth-ranked National League player by Wins Above Replacement, and he may yet be the first catcher to lead the league in doubles.) What has happened over the last month is a cascade of things that probably began with a loss of “focus,” whatever that means to each individual on the team.

“I want to be in there, and I want to match up with [Wainwright],” said Lucroy, who played first base Sunday. “We’ve got older guys with experience, and we’ve got a lot of younger guys, so I think we’re a good mix. We just have to get that edge back and get going. We still have time. We definitely have time. It was sloppy today. I think guys are going out there, trying to do too much, and not having fun.”

“It’s never easy to have fun when you’re losing,” said Jimmy Nelson, the Brewers starter who gave up line drives all over the ballpark for five innings in Sunday’s game, finally leaving after a four-run fourth had already given Wainwright more runs than he would need. “This is a game. This is a fun game. This is what we love to do, so you play hard.

“It’s the same stuff. You can’t get behind guys, can’t get up in the zone. It’s exactly the same kind of things that happen if you’re slumping at every other level.”

Maybe it’s that simple. Maybe the way to reassert the primacy of relentlessly instilled muscle memory is to remember why you instilled it in the first place — because it was fun to play baseball, and then it was even more fun to play it well, that it was the fun that made all the grinding work worth it. Maybe that’s the way back — not to make your focus to have fun, but to realize it was the fun that gave you the focus in the first place. The simple joy, for example, of waiting in the infield so you can catch a throw from a teammate in center field who just made a nice little play.

Right now, as the season wanes, the Milwaukee Brewers lack focus. They are also not having any fun at all, and, above all, pennant races are supposed to be fun. Perhaps that’s what regaining “focus” really means — people teaching themselves to have fun again. Perhaps that’s the secret. Perhaps it is fun that disperses the grumpy Japanese admirals. Perhaps it is fun that makes the simple things simple once again, so that the complicated things can be made simple, too.

We Went There: The Yankees' Definitive Derek Jeter Day