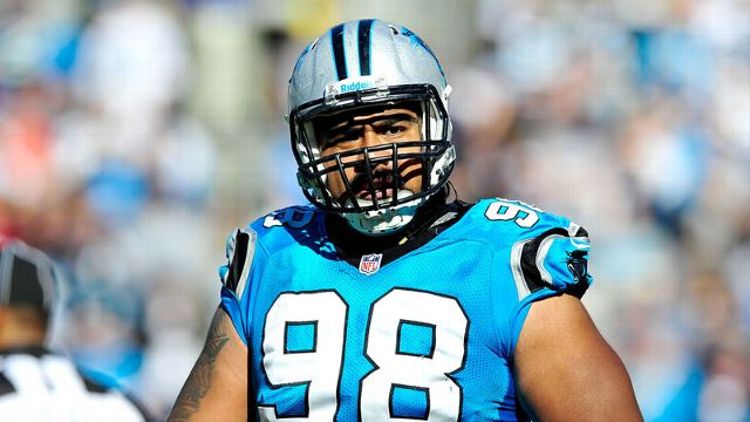 Evaluating the players of a draft class half a season into their careers is a fool’s errand, which is to say, it’s a perfect task for me. The best way to do this would be to wait four years, allow each of this year’s first-round picks to adjust to the pro game, settle into new schemes and roles, and then — and only then — give out some grades. But I’ve never been very patient.

What follows isn’t any sort of final say. There are plenty of players who struggled as rookies and went on to a string of Pro Bowl seasons. It’s more an obligatory check-in at the halfway point for anyone curious about the guys we obsessed over from January to April. With that in mind, here we go.

There’s typically a steeper learning curve for rookie defensive backs, but Milliner has had a particularly rough go of it. He was sent to the bench Sunday for the second time this season, and again, although the panic button should be reserved for way down the line with each of these guys, Milliner belongs atop the list of early disappointments.

Fisher hasn’t been benched, but if he weren’t the first overall pick and Kansas City had a better option, that might not be the case. He has struggled mightily in just about every facet of the game, getting blown by as a pass-blocker and pushed around as a run-blocker. Johnson’s (considerable) struggles have come more in the former category, which was to be expected. He was an excellent athlete coming out of college, but he’s still very raw as a tackle. He has shown promise as a run-blocker.

Cooper was lost to a broken leg before the season began, and the Cardinals have really missed him. If he can come back healthy, it will be like adding two first-round picks to that team next season. Werner got some playing time before a plantar fascia tear, but not enough to really matter. The Colts lost a possible pass-rusher opposite Robert Mathis, but more importantly, Werner lost several games adjusting to life as a stand-up linebacker.

The situation for Manuel is similar. He could use as much time as possible adjusting to and learning Doug Marrone’s offense as part of a pesky Bills team. Joeckel’s broken ankle will cost him some experience, but missing out on the rest of this Jags season isn’t necessarily a bad thing.

These are two versatile, big-play wide receivers relegated to return duties and limited roles on offense through some combination of poor scheming, bad quarterback play, and underwhelming results. Austin is averaging just 6.7 yards on his 31 receptions, and his no-show has been particularly frustrating for everyone who thought he was going to light the league on fire.

Each has seen roles as part-time players in his team’s defensive line rotation, and each has looked fairly ordinary when given a chance. Williams has gotten the least work, as part of a very deep group of interior linemen in Denver, but even with a few more opportunities, Floyd and Jones haven’t done much. Jones’s chances have come mostly on passing downs, and he should continue to get them because of the Packers’ injuries and struggles at their other pass-rushing spots.

A couple of weeks ago, I was interviewing an NFL position coach when the subject of young players came up. He said that early on, they refer to a lot of rookies as “flash players” — capable of making a big play here or there but not reliable every down.

The trio of pass-rushers taken in this year’s top 10 falls into that category. Each has at least a couple jump-off-the-screen moments, but for one reason or another, hasn’t put together an extended stretch of productivity. Ansah is a relentless player, especially in tracking down ball carriers, but he occasionally struggles with setting the edge and maintaining discipline against the run. He does have three sacks, though, and has been a good, if inconsistent, force in that part of the game. Mingo’s contributions have been similar, with four sacks combined with a few standout plays against the run.

While Mingo and Ansah’s flashes are a result of vacillating effectiveness, Jordan’s are more a product of limited opportunities. Right now, he’s exclusively a situational pass-rusher, and in that role, he has proven quite effective. Jordan has only one sack, but he has regularly gotten after the quarterback and been disruptive when given the chance.

Jones’s situation was pretty much the exact opposite. He was made a starter from day one, but ineffectiveness landed him on the bench. He has been better as the Steelers have eased him back in, but he’s still a hit-or-miss proposition over the course of the entire game.

Even rookie seasons that qualify as above-average come with moments, and even stretches, of trouble. Finding players who can come in and play a lot of snaps while holding their own as rookies should be considered a win in the first round. To some degree, each of these guys qualifies.

At one point, Warmack was considered the safest bet in the entire draft, and the reasoning behind that has proven true. A starter from day one, he has been very good in the run game, showing off both his mobility and ability to overpower defenders on the line of scrimmage. Where he has struggled is as a pass-blocker, which is typical for younger linemen. Pugh had those same struggles early on, only amplified. He was abused during the Giants’ shutout loss to Carolina, but his play has steadied since. It’s not an accident that his improvement and the Giants’ have coincided.

Both Elam and Hayden have started to settle into their roles. Elam has been an every-down player since the second week of the season and probably had his best game of the year against Pittsburgh on Sunday. Hayden’s time has come mostly on the right side in the Raiders’ nickel package (which they’re in a majority of the time). He was regularly picked on in Oakland’s loss to Denver, but he has been steady since. Rhodes has played a similar role on the left side for the Vikings, where he has been a version of unspectacular that a coach will take from a rookie corner: He hasn’t stood out, for good or bad reasons.

Early in the season, Ogletree, who was a Week 1 starter, probably belonged in the “flash player” category. He spent just about every game mixing one great play with three or four awful ones. In recent weeks, that ratio has started to shift, and he’s now starting to blend some reliability in with his off-the-charts physical talents. The Rams coveted Ogletree late in the first round, and as Austin has struggled, I’m guessing Ogletree’s improvement has been a welcome development.

Eifert has been pretty much as advertised, and even a little bit better as a blocker. The Bengals are still finding their stride on offense, and as Andy Dalton has come on, we may see even more from Eifert going forward. He’s a legitimate weapon down the seam.

Drafting for need is often an unattractive option, but occasionally it’s necessary. Each of these picks was made with the knowledge that if the player in question couldn’t come in and play right away, the team doing the picking was probably in trouble. For several of these teams, it was about shoring up a position that has been a persistent issue for years.

Long and Frederick were picks that caused a stir on draft day. Long started just four games at Oregon, and Frederick had a third-round grade from some. But the interior of the offensive line was a major question for the Bears and Cowboys, and each guy has been a significant improvement. In what seems like a recurring theme, they’ve both been much better as run-blockers than in protecting the passer, but right now, I have to imagine both teams are pretty pleased.

Fluker has been solid, a starter since training camp who has been a plug-and-play addition as each of the other highly regarded tackles have struggled. His role as a right tackle helps hide some of his struggles in pass protection, but still, he has been a reliable piece from the start. Trufant has played a similar role for the Falcons, and they desperately needed it. After losing Dunta Robinson and Brent Grimes this offseason, cornerback was Atlanta’s most pressing need, and Trufant has allowed Thomas Dimitroff and Co. to exhale a bit.

The interior of the offensive line had been a problematic spot of late for the Bears and Cowboys, but it was nothing compared to Texans’ no. 2 receivers. Houston has never managed to find a quality option opposite Andre Johnson, and that’s why Hopkins has stood out. Hopkins has only 28 receptions in seven games, but that’s more a product of him not getting the ball. Hopkins has caught 28 of the 42 passes thrown his way, and he’s also shown a penchant for making the big play. He’s not a burner, but he already looks like an NFL receiver.

It’s one thing to find a player who can be a reliable starter as a rookie. It’s another to find one who can actually develop into a true, quality starter play in and play out.

Vaccaro may be the biggest stretch with that designation, as he has mixed a few coverage mishaps in with his big plays, but he belongs in this group based on how much he has done to transform the Saints’ identity on defense. Part of New Orleans’s success on that side of the ball has been how much it has asked its players to do, and Vaccaro has played several roles in Rob Ryan’s defense. He can be a force against the run, he’s a willing blitzer, and he has a knack for making plays. He hasn’t been the best player from this class, but he may have been the best pick the Saints could have made.

In a draft where most of their picks were wait-and-see, high-upside options easily afforded with their deep roster, the 49ers took Reid with the hope he’d come in and start right away. That has happened, and he may actually be an upgrade in coverage over Dashon Goldson — who went to the Pro Bowl the past two year. A.J. Jenkins was a miss, but Reid looks like another huge score for the 49ers.

But while the safeties have played well, it’s the big guys up front who have stood out most from this class. Lotulelei and Richardson haven’t just been good for the Panthers and Jets, respectively — they’ve been dominant. New York ranks first in run defense DVOA, and Richardson has a lot to do with it (although Damon Harrison and Muhammad Wilkerson don’t hurt). A penetrating three-technique tackle in college, the thought was that Richardson would come in and be more effective as a pass-rusher early on, but it’s in the run game where he has done most of his damage. An incredible athlete, Richardson never really stops.

Lotulelei is just the latest in draft-day stories that sound obvious in retrospect. Considered by many to be the best player in the draft for most of the college football season, the former Utah defensive tackle fell down draft boards after a heart condition was discovered before the combine. The Panthers took him 13th overall, plugged him into the middle of their defense, and that was that. Carolina is fifth in defensive DVOA and second in scoring defense. Sometimes, the best decision is the most obvious one.