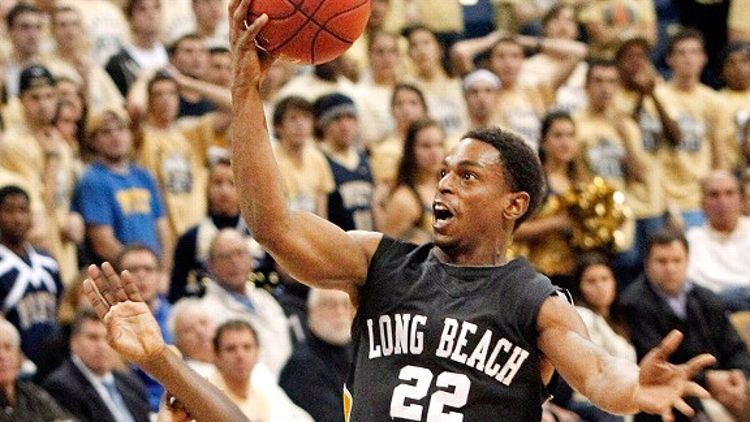 You need to know about Casper Ware.

Ware’s NBA hopes are gaining steam at the same time, particularly after outplaying an All-American candidate such as Ashton Gibbs on his home floor.

With upcoming tests against top teams with top guards in North Carolina (Kendall Marshall), Kansas (Tyshawn Taylor), Louisville (Peyton Siva), and Xavier (Tu Holloway) still in store, Ware will have plenty more opportunities to show he can hold his own against the best guards in America.

While the typical NBA scouts’ initial reaction to watching him would be “he’s too small,” it might not be quite as simple as that.

Ware is as strong as they come, and possesses the type of jet-quickness and highlight-reel-caliber explosiveness needed to maneuver his way amongst the trees at the NBA level.

He also possesses a lightning-fast release, which should help him get his shot off against taller and longer guards, in addition to his deep range.

Best of all, he seems to be maturing as a playmaker, making a number of extremely unselfish and highly impressive passes in the win over Pitt. His teammates (particularly highly intriguing juco transfer James Ennis) aren’t chumps, and Ware has no problem using them. His proficiency running the pick-and-roll never looked better, as he was able to split through double-teams consistently and find the open man masterfully on the drive-and-dish.

Ware’s ball-handling skills, crafty footwork, and change of speeds put a tremendous amount of pressure on the defense, and that coupled with his shot-making ability pulling up off the dribble and willingness to make the extra pass will earn him plenty of NBA looks all season long.

Defensively is where Ware’s size might give NBA coaches the most cause for pause. There just haven’t been that many 5-foot-10 players drafted through the years, and that’s because they are very hard to hide on that end of the floor.

To Ware’s credit, he puts the work in, moving his feet well and showing great toughness. Rarely do you see players who are forced to shoulder such heavy scoring loads and play as many minutes as he does put in that kind of effort — but he does, which should help his cause considerably.

Ware still has his work cut out for him at this point. It will likely be a long, hard grind to the NBA. But it will definitely be fun to watch him try.

So do yourself a favor and give Ware a look. This is a bandwagon you want to jump on before March.

Jonathan Givony is the founder of DraftExpress.com, a website providing scouting information and analytics on the top basketball prospects in the world outside of the NBA. His work has appeared in the New York Times, Sports Illustrated, Yahoo! Sports and NBA.com. Follow him on Twitter at @DraftExpress.