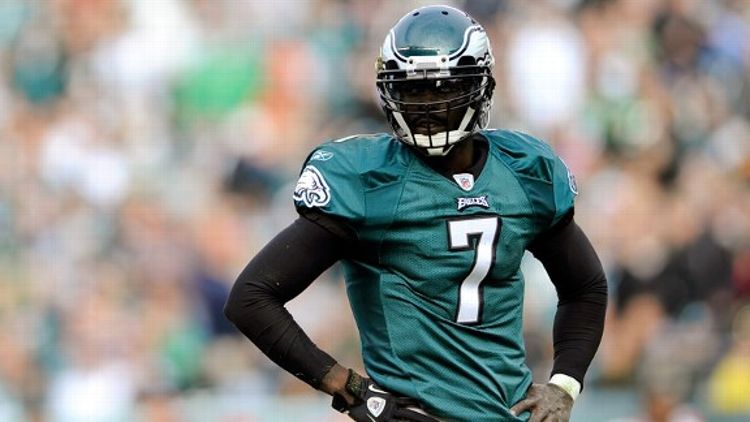 Michael Vick’s possibilities as a commercial pitchman these days are understandably limited, so it’s no surprise that he jumped at the opportunity to film a commercial on behalf of a Las Vegas car dealership.

The commercial, though … well, just watch it and we’ll talk about it after you’re done.

This ad appears to head in several different directions, most of which really don’t have anything to do with each other and virtually nothing to do with the act of selling cars. Let’s review these selling points.

1. “You could argue there’s no such thing as electricity.”

It’s a rather bold move to start an advertisement with a car dealership featuring a professional football player with a discussion of whether a natural phenomenon taken for granted for centuries actually exists. It isn’t even a bait-and-switch, because there was no bait; it’s a switch-and-wait-what-did-Mike-Vick-just-say? Perhaps Michael Vick is a juggalo.

Even the most fervent members of the electricity-denial community will have to admit that Vick’s explanation is crummy at best. “No one’s seen it, but you know when it’s on.” Doesn’t saying ” … you know when it’s on” imply that electricity actually exists? And hasn’t Vick ever seen lightning before? Actually, research notes that a Virginia Tech game during Vick’s tenure at the school was postponed by a lightning storm, so there really is very little basis for Vick’s argument.

Maybe “electricity” is shorthand for “a great 2011 Philadelphia Eagles team.”

2. “People say I have electricity.”

And, presumably, you tell them that there’s no such thing as electricity, and then they look at you funny and walk away. Unless you’ve harnessed electricity and are trying to pretend that it doesn’t exist so that nobody will ask you how you did it, in which case, that’s not very nice, Mike Vick.

3. “I make things happen. They haven’t all been good, but I believe God’s given me a second chance.”

Wait, wait, wait, wait, wait, wait. So the narrative of this commercial so far is that electricity doesn’t exist since you can’t see it, but Michael Vick has some and uses it to do things, and (it is strongly implied that) among those things has been killing dogs. This seems like the most awkward time possible to squeeze in an apology. Is the second chance to believe in electricity?

4. “Recently, [car dealership] invited me to teach football to kids. Thanks, guys. I had more fun than they did.”

Well, of course you had more fun teaching kids how to play football than the kids did, Michael Vick. You are incredible at football with a style that works only if you are Michael Vick. Learning how to play quarterback from him must be the worst. “So then if you’re under pressure, kids, backdrop the free rusher, extricate yourself from the defensive lineman who nearly has you horizontal to the ground, use your once-in-a-generation acceleration to sprint out past the hashmarks and beat a first-round pick at linebacker to the edge, and then, without stopping, fire a dart with your arm that was strong enough to serve as the basis for a sports-drink commercial. Oh, you can’t actually drop back for more than four steps without falling down, because you’re 7. Hmm.”

As Vick says this, the lightbulb in his hand literally turns on. He really has harnessed the power of electricity! We’re not ready for a world where we have to start adjusting our statistics for the amount of electricity a player is employing on a particular play. What is this, Super Baseball 2020?

Of course, we’re guessing that Vick doesn’t write his own ad copy. But how did this all happen? Did they edit four separate commercials into one crazy narrative? Is this some weird response to Vick’s more traditional spot for a Woodbury, N.J., dealership? Why is Michael Vick the lead in avant-garde commercials for car dealerships? And will we ever really find out if electricity actually exists? We hope there’s more to come.