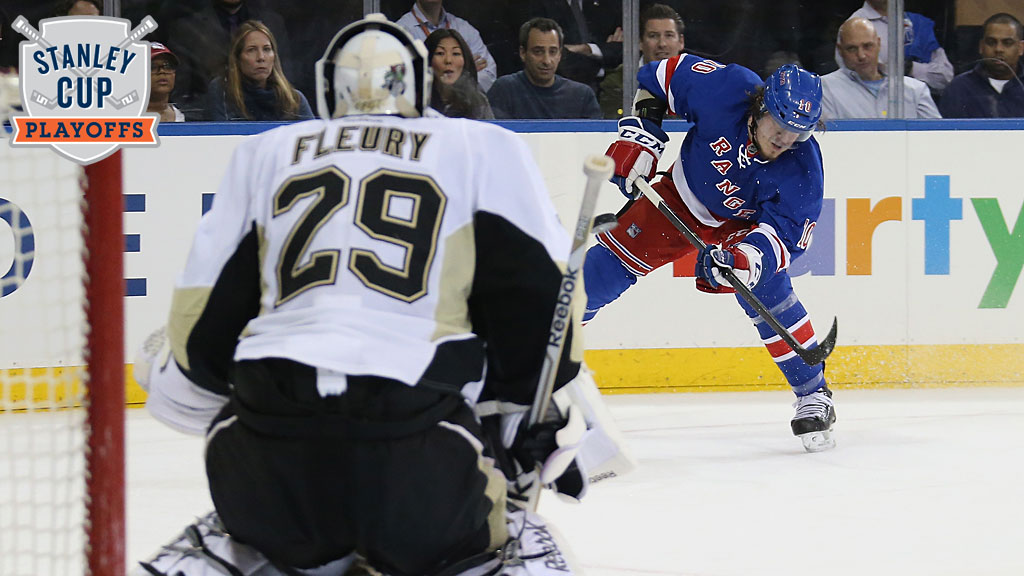 It’s a sacred relationship, the one between a goalie and his net. It’s a German shepherd and his bowl; a little rich girl and her pony; Wiz Khalifa and his bong. Which is why it wasn’t surprising to see Pittsburgh Penguins netminder Marc-Andre Fleury giving his crossbar a tender caress in the second period of Monday night’s Game 3 against the New York Rangers. Fleury made 35 saves on the night, and the iron behind him contributed another three stops — both of them stoned poor Mats Zuccarello in highlight-reel fashion — for the 2-0 shutout that gave Pittsburgh a 2-1 series lead.

“I was thanking it,” Fleury said after the game. “He was a good friend.”

It was far from the first time Fleury’s done this. Like Patrick Roy and many other goalies before him, he’s also been known to have little conversations with his net, the way tennis players chat with their rackets. But a friend in need is a friend indeed, and considering some of Flower’s playoff performances of late, many would argue he could use the help. (The crossbar wasn’t his only buddy; Penguins defensemen Paul Martin and Kris Letang both contributed sweeping stick stops in close to the net.) In these playoffs, though, Fleury has had a .950 save percentage at even strength, certainly a pleasant surprise.

The flip side of Fleury’s recent statistical flourishes, of course, has been the New York Rangers’ abysmal power play, which is now 0-for-34 — the Rick Nash of special teams. There were times Monday that the situation looked to have improved ever so slightly — or, as Pensblog put it, “They did make it into the zone and managed not to start humping the boards,” which is a start — but by the end of the game the MSG crowd was so frustrated they managed to coordinate a “SHOOT! THE! PUCK!” chant. This is an area in which the team really misses Chris Kreider. 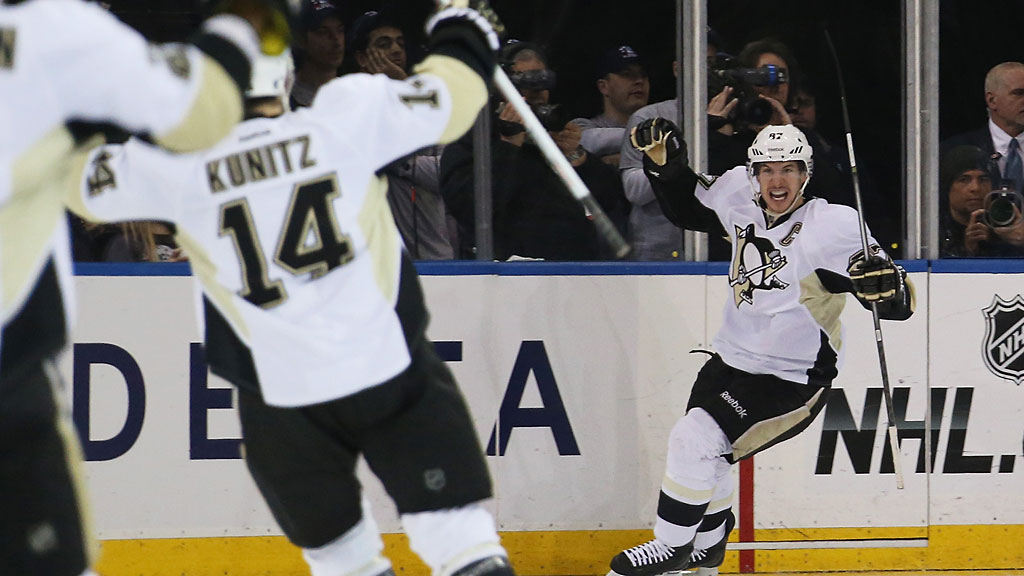 The two teams were playing their third game in four nights, already an oddly compressed playoff pace, but for the Rangers the schedule has been even more grueling: They played back-to-back Games 6 and 7 last week and had just one night off before the second round. There’s plenty of things to blame for this — the NHL’s shitty scheduling, Billy Joel concerts at MSG, the Rangers’ inability to win playoff series in fewer than seven games — but Alain Vigneault, before the game, used the phrase “big boy pants” and implied it wasn’t a huge deal. (After the game, of course, his tune changed.) Still, the Rangers outshot Pittsburgh 35-15. They just couldn’t beat Fleury, or his best pal.

I watched the game at Giordano Bros., a San Francisco knockoff of Pittsburgh’s famous Primanti Bros. deli that puts the fries and the coleslaw inside the sandwich and a place that has this on its website:

Needless to say, it was a small but festive scene, with the volume in the room rising with every Fleury save. (Crosby’s breakaway goal was the only thing that matched those cheers.) One bartender told me she wasn’t from Pittsburgh and hadn’t cared about hockey, but working at Giordano Bros. had converted her into a die-hard Penguins fan, much to the confusion of her friends. Contrary to what the website stated, the Pirates game was showing on one of the TVs — though that may have just been because they were playing the Giants.

After the game, a boozy lady approached the register. “You oughta send flowers to Flower!” she told the guy behind it, and he chuckled indulgently. “We should!” he said. “We should.”