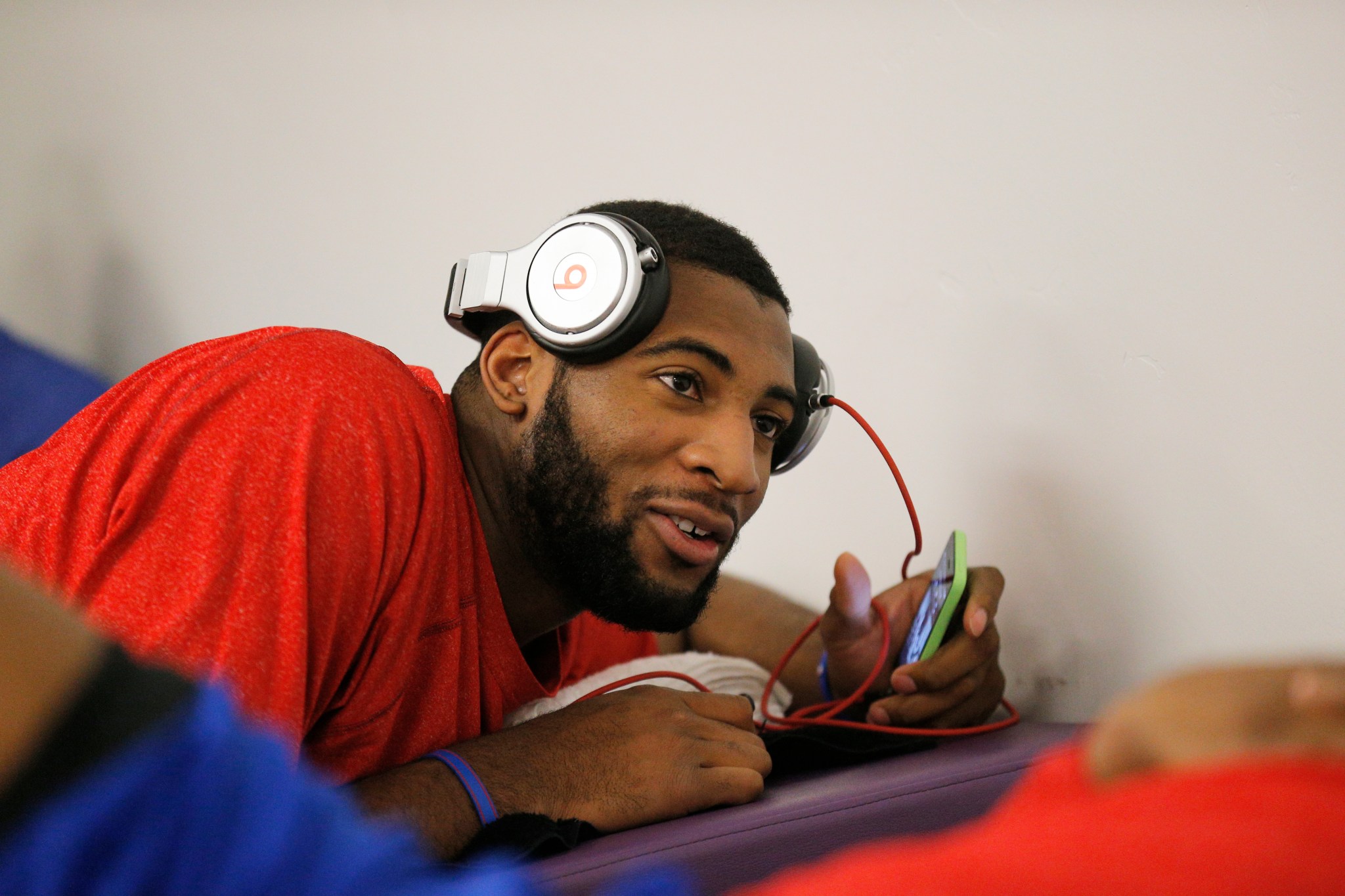 Sure, we can look at this week’s news and try to remember better days with Andre Drummond and Jennette McCurdy.

We can remember the dream.

But the dream is dead.

There’s no way to sugarcoat this.

Drummy the bear is facedown in a gutter somewhere.

We knew they weren’t dating anymore, but at least it happened. We could all take solace knowing that an NBA player used Woman Crush Wednesdays on Instagram to win over his favorite Nickelodeon actress and give us all a little more hope in this world. Then Jennette McCurdy went on a comedian’s podcast recently and she was asked about the relationship.

You can listen to it over here. Quotes include:

They broke up a week later. Because Jennette is heartless? Who can say for sure? If you listen to the podcast, McCurdy spends most of the time making fun of herself for ever getting involved in this. Meanwhile, Drummond told TMZ, “I found [Jennette’s comments] funny. There’s a lot of false info in there, but I’ll be the mature person about the situation and let it die out.”

It’s all terrible. It’s like Jennette’s Wall Street Journal op-ed about Internet romance never even happened. Yesterday, Drummond posted a somber Vine confessional: “Sometimes you gotta live and learn by the mistakes you make. It be like that sometimes. You gotta move on and keep pushing.”

But it gets even worse. Someone leaked NSFW-ish photos of McCurdy this week. Coincidence? Andre Drummond says yes, absolutely, this is all a weird coincidence.

For all the speculations about leaking anything, I have nothing to do with it. I'm focused on basketball. Thank you

To anyone disappointed: I sent those pics to 1 person. You can connect the dots. Shocked someone would stoop so low. I just speak w/ candor.

Who even knows? Maybe Drummond leaked the photos as revenge — an emotional move that would also be weak as hell.

Or maybe McCurdy leaked them as a way to frame Drummond and get a little more publicity out of all this while also reminding everyone that she’s not just a Nickelodeon actress. Maybe she’s been manipulating this from the start, and playing with young Andre’s heart like some of the free pizza dough they hand out to kids at Bertucci’s. At this point, I’ll put nothing past anyone.

All I know for certain is that there was a time when we could all look to Jennette and Dre as the beacon on the shore. The guiding light as we all navigate through the stormy waters of life and love.

That time has passed.

The world is cold and full of disappointment, kids. That’s what I learned this week. That’s what I’m here to tell you. There is no Santa Claus, the economy’s failing, and everything you thought you knew has been a lie all along. This is why we watch sports, because the real world is too heartbreaking to contemplate.

Forget all the drama in this world, focus on the dunks.

(Speaking of which … did you see Drummond last night? Seventeen points and 26 rebounds in a win over the Knicks. Bad kisser or not, this dude is a monster.)