Messi Money: Who Could Take the World’s Best Player Off of Barcelona’s Hands? 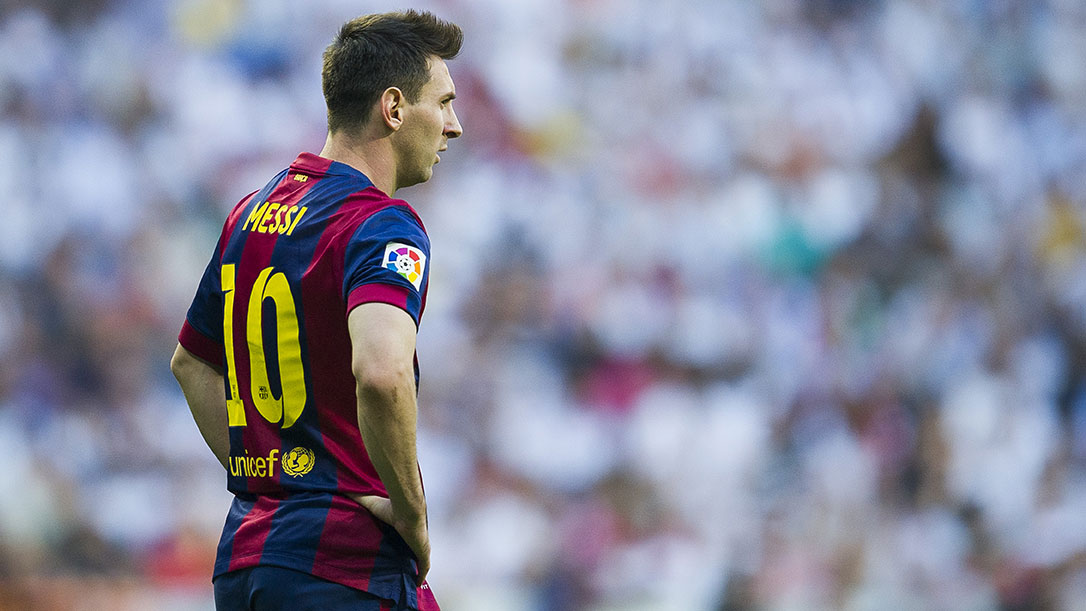 As far as being Lionel Messi goes, it’s been an up-and-down couple of weeks. This past Saturday, Messi broke the all-time La Liga scoring record with three goals against Sevilla. But just a week before he became King of La Liga, the Argentine made some particularly interesting comments about his future at Barcelona. At the Camp Nou: It was the best of times, it was the worst of times. Could Messi actually leave the club he’s been with since he famously signed that napkin 16 years ago?

“At the moment, I am living in the present,” he told the paper. “I am thinking about having a great year and winning the trophies we want at Barcelona — nothing else.

“Later, we will see. In football, things change all the time. Although I have always said I would like to stay there forever, sometimes everything does not always go as you want.”

These relatively benign-seeming comments set off blaring alarms throughout the Spanish media. Why? Well, because he could’ve said, “I’m going to be at Barcelona forever,” and he didn’t. If we take that bit of interview, run with it, and then make a chasm-spanning leap over to the version of reality in which Messi does want to leave Barcelona, where would he even go?

Any transfer for Messi, who signed a contract extension last season, would shatter the current record and probably bring into question our current conceptions of things like “money” and “value.” For comparison’s sake, here’s a brief collection of the world’s most expensive transfers.1

Notice anything about that chart? Only two teams appear twice on the list as buyers: One is the team Messi’s on, and the other is the team that Messi will never, ever be on. It’s hard to imagine a universe in which Barcelona would agree to sell Messi to Real Madrid. Although there is some precedent: In 2000, Barcelona sold Luís Figo to Real Madrid for a then-record-breaking fee of £52.8 million. It’s been only 14 years since, but it seems like ages. Also, if you attribute part of Messi’s (still, as far as we know, mostly imaginary) desire to leave to his tax problems, then staying in Spain probably doesn’t make much sense. 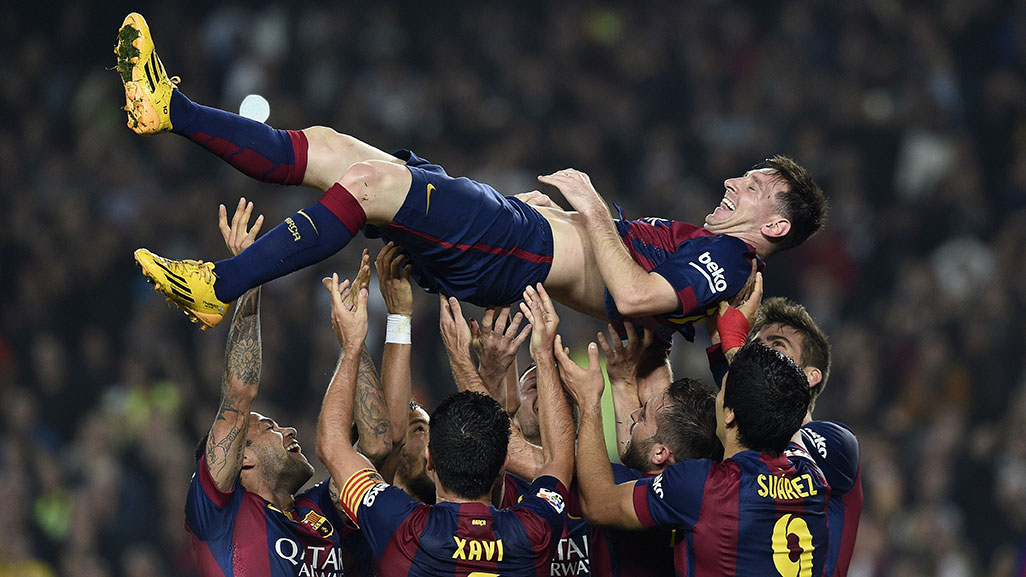 Eliminating the single biggest superstar purchaser in the world from the market makes it pretty hard to find a home for the world’s biggest superstar. Elsewhere, Monaco’s spending experiment has already ended, so the nouveau riche club is out. PSG is already struggling to navigate around financial fair-play requirements and was ultimately forced to abandon their pursuit of Angel Di María this summer because of that. FFP seems like it would be a stumbling block for Manchester City, as well. Despite never appearing in the superhigh reaches of transfer records, City have spent truckloads of money on players from La Liga like Sergio Agüero, Yaya Touré, and Jesús Navas. They’re also run by Txiki Begiristain, former director of football at Barcelona. If City and Messi decided they wanted each other, it would be the ultimate test for the FFP regulations.

What about Manchester United? They were actually willing to outbid Real Madrid for Gareth Bale. They paid obscene sums of money for imperfect solutions like Di María and a year’s worth of Radamel Falcao this summer, and seem to be all in on the “spend infinite amounts of money until we are good again” approach. (Plus, until they actually qualify for the Champions League, they don’t have to deal with punishments imposed under financial fair play.) Of course, the reason they’re spending all that money is part of why it’s so hard to picture Messi there. If Barcelona’s lack of recent trophies is weighing on Messi’s mind, then it’s hard to imagine him trading down to rebuilding (or at the very least reloading) Manchester United. Then again, money talks.

Finally, there’s Pep Guardiola and Bayern Munich. It’s possible that no team in history has ever needed a player less than Bayern needs Messi, what with Robert Lewandowski, Thomas Müller, Mario Götze, Arjen Robben, Franck Ribéry, and the gang. Then again, that didn’t stop Bayern from acquiring all of those pieces in the first place. Messi and Pep were rumored to be on the outs by the time Pep decided he’d had enough in Spain — a can of soda was prominently involved — but in the wake of Messi’s record-setting weekend, Pep was full of praise for his former star. Although some of that praise included saying he hoped that Messi would stay at home at Barcelona. Regardless, as long as Bayern have money (so: forever), if Messi rumors surface, they’ll be one of the destinations linked.

The fact is, it’s extremely hard to concoct a scenario that realistically ends with Messi somewhere else. If the superstar gravitational pull of Real Madrid were in play, then maybe, just maybe something crazy could happen. Without them, the sums of money are so huge, and the pieces so hard to line up that the chances seem vanishingly small. Even the slimmest of hopes gives everybody a license to dream, though.

Chatter from folks for touting #Messi via @LAFC. Here's the deal: We're fans of soccer. MLS, USMNT, EPL even beach soccer. We love it all.

Now, that doesn’t mean that Messi is necessarily thrilled with his current situation. He’s 27, entering the tail end of most players’ absolute peak. The freak-athletic exuberance is already morphing into a slightly more static kind of graceful excellence. His team, partially due to tragedy, partially due to politics, is on its fourth manager in four years. Last year, Barcelona went trophy-less and watched as their biggest rivals won the Champions League title while they were dumped out in the quarterfinals. Not to mention that Messi didn’t look all that happy after the World Cup final either.

Given the last 18 months, it’s easy to understand him being a little bit down, which gives those comments a little extra weight. It’s not that they really raise the chances of Messi moving; that’s still incredibly unlikely. Then again, a few years ago — when Barcelona were solving the sport, winning all the trophies, and scoring all the goals — the idea that the boy wonder might ever be going through a difficult, down period would’ve seemed just as far-fetched.