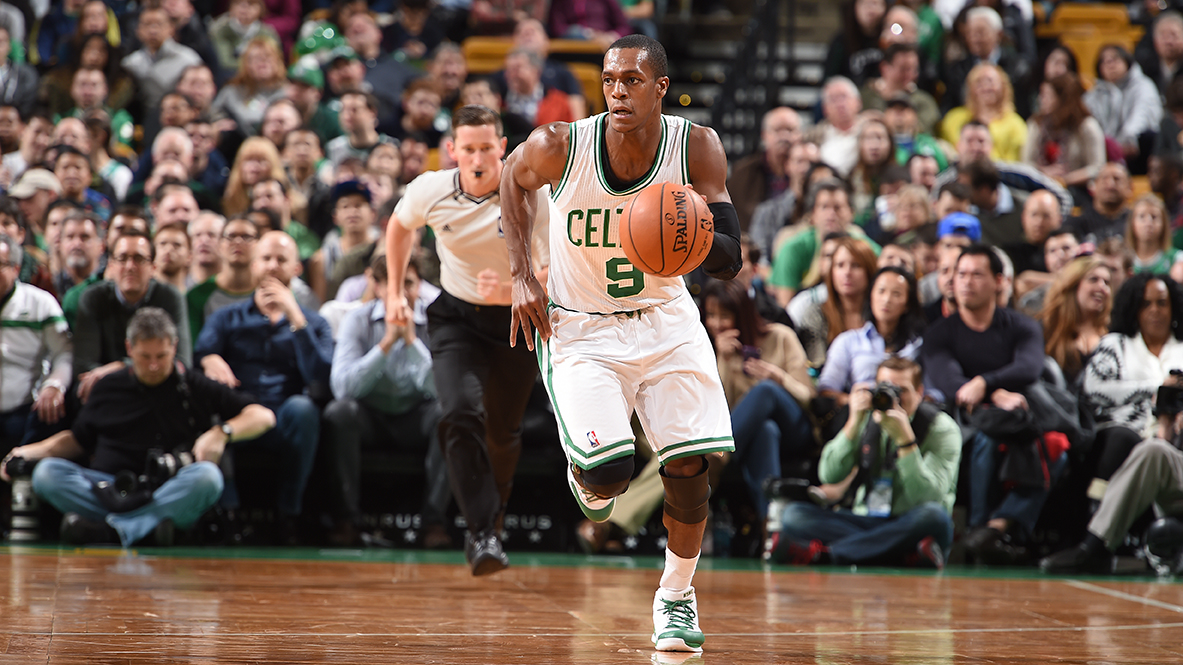 On Thursday, Rajon Rondo was traded to the Dallas Mavericks, along with Dwight Powell, for Brandan Wright, Jameer Nelson, Jae Crowder, and draft picks. Here are the first-glance reactions from the Grantland staff. 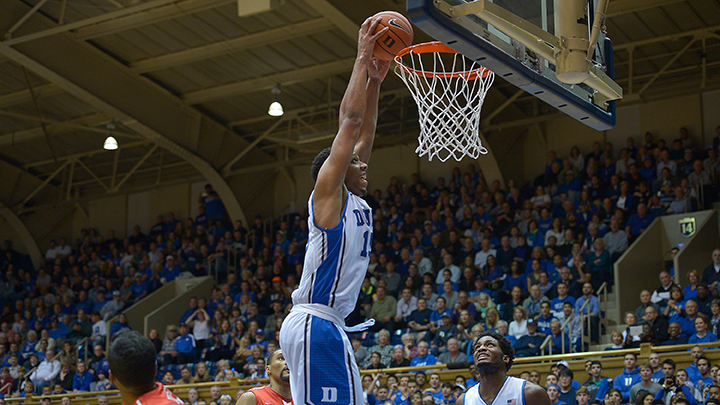 Jason Concepcion: My defining Rondo memory will always be how Dwyane Wade shattered Rondo’s elbow during the 2011 playoffs, only for Rondo to Terminator Taylor Swift shake it off, ending up with 11 assists and a Celtics win. I do wonder what this means for Raymond Felton’s future though.

Kirk Goldsberry: More than perhaps any other player in the league, Rondo reflects the value of his surroundings. When he’s amid Hall of Famers, he looks like one himself; when he’s hanging with average Joes, that’s what he appears to be. He amplifies the greatness around him, and in the absence of greatness, he’s just kind of weird. This trade reunites Rondo with greatness — at least potentially.

Throughout his career, Rondo’s been at his best when facilitating for great shooters. During the Ubuntu times, he delivered countless assists to Kevin Garnett beyond the elbows, Ray Allen behind the arc, and Paul Pierce in the midrange. He arrives in Dallas with a chance to feed Dirk Nowitzki beyond the elbows, Chandler Parsons behind the arc, and Monta Ellis in the midrange. The faces are different, but the spaces will be the same. The question is whether this wacky chemistry experiment will work well enough to best the ferocious competition in the West.

Time will tell, but the metamorphosis of Ellis provides us with reason to believe that Rick Carlisle is savvy enough to work it out. But whether it works is almost besides the point — it’s going to be absolutely fascinating to watch. 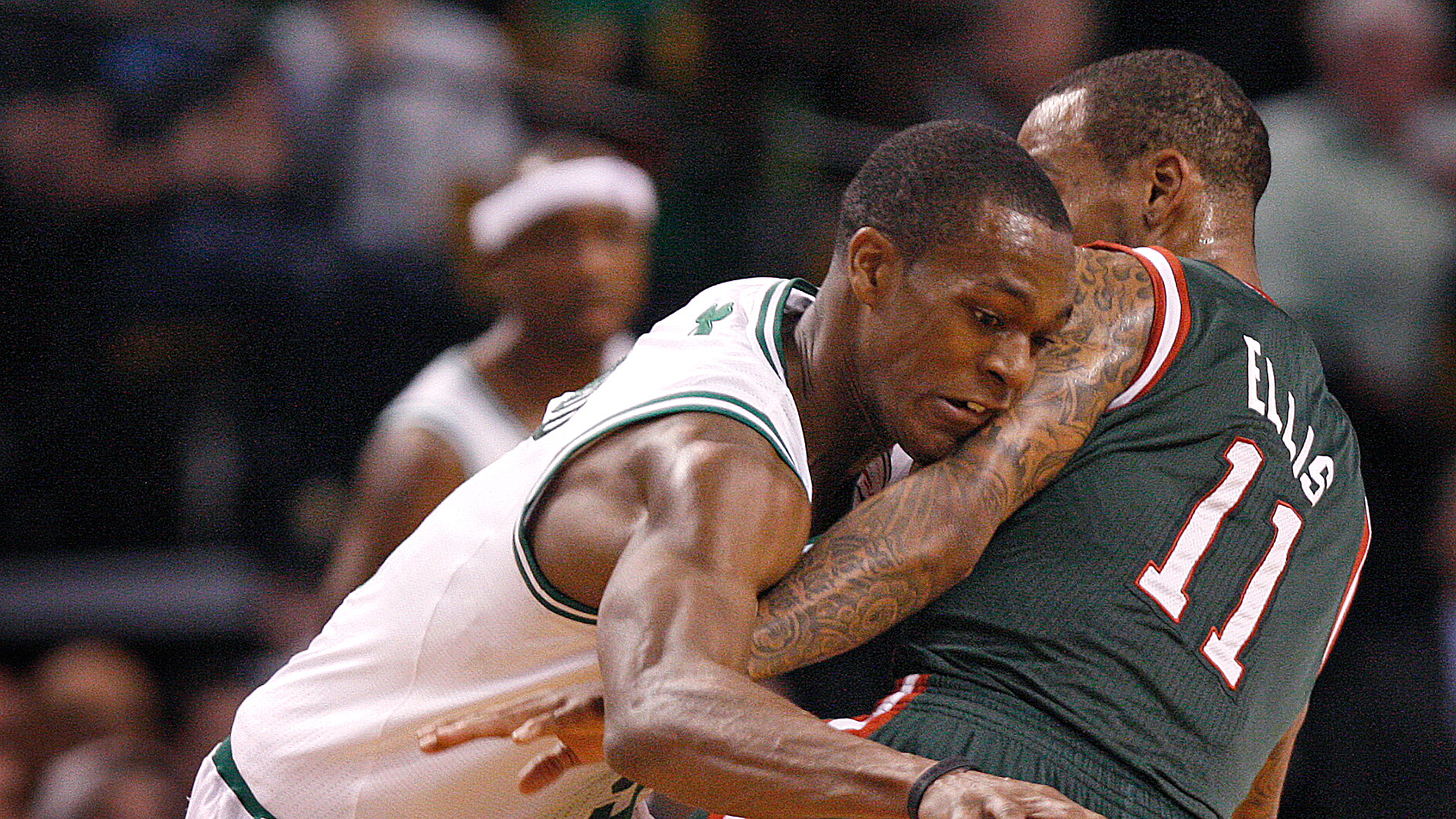 Juliet Litman and Chris Ryan: Who will Rondo get along with on the Mavs? Good question:

Danny Chau: One of the nine wonders of modern basketball has lain dormant for more than two years. As we learned yesterday night, that is soon to pass.

Barring an utter collapse from the Mavs, we will witness the return of Playoff Rondo, a player who until recently had casual fans at backyard parties asking whether he was the best point guard in the NBA. (He wasn’t, but he was good enough in the playoffs to give you that idea.) Rondo will be at the helm of what was already one of the greatest offenses in NBA history without his complex wizardry. He hasn’t been a part of a top-10 offense in five years. This feels like springtime in winter. It’ll feel like Christmas in … June?

I won’t go that far, but at the very least, this means we’ll be blessed with at least four games of Rondo-Curry or Rondo-Conley or Rondo-Paul or Rondo-Westbrook or —

4. That time I was covering the All-Star Game and every All-Star was watching the dunk contest and making room for each other on the bench, and Rondo was 50 feet away, standing by himself on the baseline.

#tbt when rondo was tiger woods for halloween pic.twitter.com/W9jwWfh9oc

Across from him were more than 100 children he had showered with bikes, Razor scooters and iPod Touches that he bought at Target and distributed from the back of a U-Haul. “I thought he might let us win,” said a 12-year-old named Olisa. “But he was so serious.” Rondo wore the requisite Santa hat with jolly red shoes, but through 22 consecutive victories he barely uttered a word or cracked a smile. He held each disk aloft for a solid 10 seconds before depositing it in his chosen column. He stared the kids down as if they were Knicks.

Olisa was the last challenger. He stared back at Rondo through wire-rimmed glasses. He clenched teeth covered with braces. He initiated what he called a trap, forcing Rondo to the right side of the grid, putting him on the defensive. When Olisa dropped the winning disk, Celtics officials started to shout. Meyersohn grabbed the microphone. “This has never happened!” he bellowed. Olisa rushed around the table to take a picture with the shell-shocked champion, who tried to curl up a corner of his mouth for the camera but instead bowed his head, resulting in a snapshot of his scalp.

Two hours later, hopped up on grenadine over lunch at a sushi restaurant in Boston’s Back Bay, Rondo looked as if he were still digesting a piece of bad shrimp tempura. “I can’t believe it,” he said. “But did you notice I played the guy five more times and won them all? I had to show him, ‘You beat me, but I’ll beat the s— out of you.'” 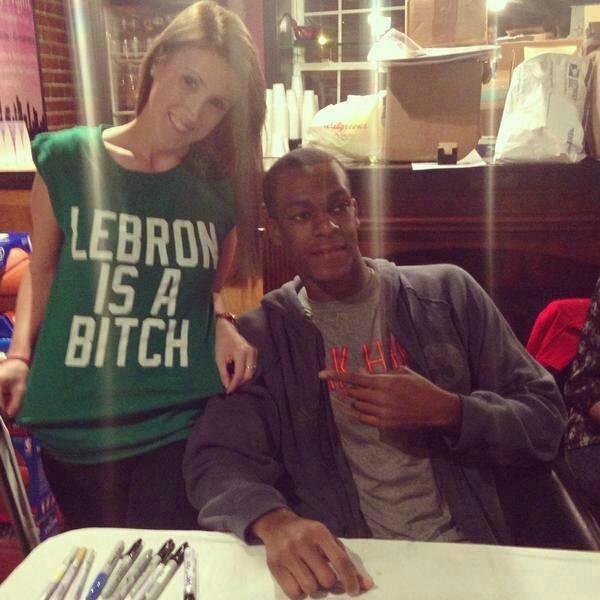 Amos Barshad: A few weeks back, when the Wizards were in Boston, Paul Pierce let it be known that “Rondo (and I), we still talk … We text all the time. We have a group text between me, him, Kevin, Big Baby, Perk. We all group text at least once a week.” It was a nice sentiment at the time, a tether between the 2008 championship dudes and the city in which they claimed their greatest glory. But now that Rondo’s been shipped out of town, too, that group text feels a little less comforting, and a little more like — and not to be overly melodramatic here or anything — some strange, floating, disembodied specter of a preemptive high school reunion?!!

Increasingly, Boston’s 2008 title is the most blip-like in recent memory. Kobe’s still in L.A. Dirk’s still in Dallas. The Spurs are still the Spurs. Even the besmirked Miami Heat have a full two-thirds of their Big Three to trot out for promo material. Meanwhile, Celts fans have said good-bye to their old core members so many times it’s numbing. Rondo’s been thrown into enough trade rumors over his Boston tenure that, counterintuitively, it felt like a trade would never actually happen. But now [chokes down sob] he’s really gone, and with him all ties to 2008. His return won’t be as emotional: He always kept himself at a distance, always had a thorniness to his game, always had an on/off switch. Also, the Mavs are in town in, uh, like two weeks. But for now, then, quickly, let’s toast to his unique, unforgettable Boston run:

“He was the black sheep. The permanent pariah. He asked no quarter of the bosses and none was given. He learned no lessons. He acknowledged no mistakes. He was as stubborn a Mick as ever stumbled out of the Northeast parishes to take a patrolman’s shield. He brooked no authority, he did what he wanted to do and he said what he wanted to say, and, in the end, he gave you the clearances. He was natural police.”

Jason Gallagher: And with this trade, the debt is finally settled between Dirk and his Mavericks.

If you recall, Nowitzki took the biggest pay cut in NBA history, all for the betterment of the Mavs, with the promise they’d commit to doing whatever it took to surround him with the best players possible, as soon as possible. Not next summer or the following trade deadline … we’re talking as soon as he signed the dotted freaking line, because he had just spent the last two years playing on some jank-ass Frankenstein teams starring Mike James and Chris Kaman.

Dirk’s pay cut was him saying, “I guess I gotta do this shit myself. You guys better get to work.”

“Get to work” is an understatement as far as this starting lineup is concerned. The Mavs front office did its job. Dirk’s payout is now justified. Also, I’m not sure I’ve ever seen a front office so committed to a player for his entire career. Dallas has thrown its future out the window to fulfill a championship promise to its aging superstar. It’s apparent that it will do ANYTHING to see Dirk win again. It’s like Dallas and Boston are parallel universes with their aging superstars …

And Rondo is the wormhole.