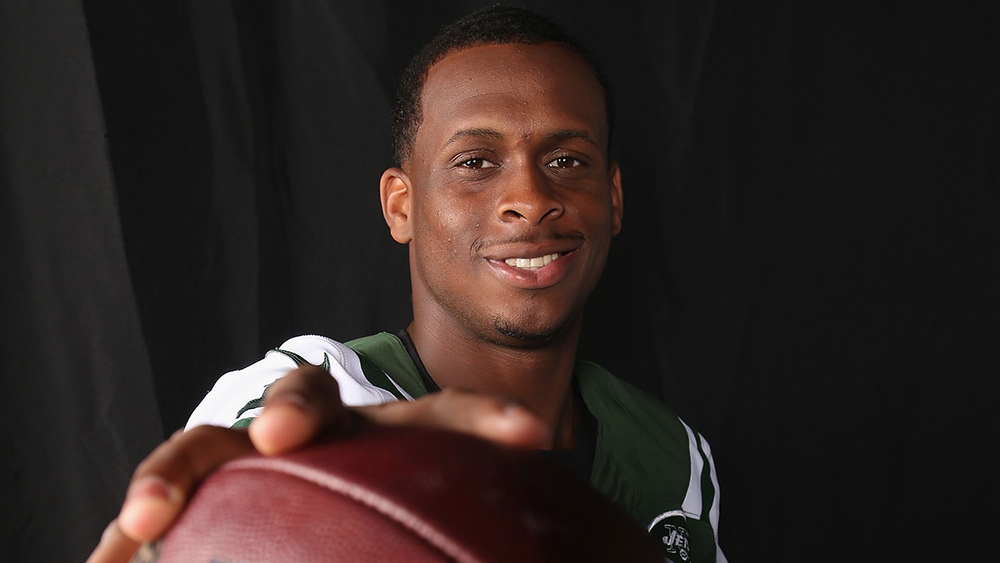 Earlier today, news broke that Jets quarterback Geno Smith suffered a broken jaw in an altercation with linebacker IK Enemkpali. Smith will miss six to 10 weeks, and Enemkpali has been cut from the team. We gathered some Grantland staffers — some Jets fans, some not — to break down this circus.

Chris Ryan: Let me start off by saying that if any team were going to take the mantle of most publicly dysfunctional NFL franchise from the Eagles, I’m so, so, so, so glad it could be the Jets. It’s hard to top “Is the coach maybe racist?” But “reserve linebacker breaking onetime franchise quarterback’s jaw with sucker punch” just might do it. On behalf of Chip Kelly, Brandon Boykin, LeSean McCoy’s party planner, and the abandoned mining town that was once the San Francisco 49ers, I’d just like to say thank you for Jetting, Jets.

Shea Serrano: It feels a lot like No Quarterback At All as a football strategy is only slightly more dire than Geno Smith At Quarterback. Also, the only thing I truly want to know about this is whether it was more painful than when Cameron Wake hit Geno with an 18-wheeler.

Ryan: The king stays the king.

Andrew Sharp: I had no idea who IK Enemkpali was, but some quick Googling takes us to NewYorkJets.com, where we find out that this is NOT the dude you want to pick a fight with: 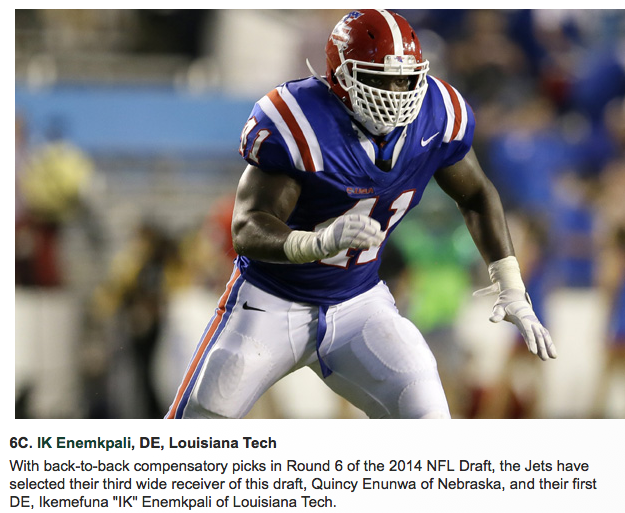 Ryan: Any guy who wears a face mask that could double as a Fury Road costume prop is not someone you want to scuffle with.

Serrano: This means that Ryan Fitzpatrick is likely the quarterback for the Jets, right? A quick sidebar: When he was with the Texans last season, his kids went to the same school as my sons. The Texans won the first two games of the season. After each of them, Fitzpatrick was there to drop his kids off at school in the morning. They lost the third game and he didn’t show up. I knew right then that I didn’t trust him.

Mallory Rubin: Forget about Ryan Fitzpatrick! This is your timely reminder that Bryce Petty once played WITH A BROKEN BACK. What do you think he’d say to a man who’s not willing to put a gigantic protective orb over his jaw booboo and hit the field? Like Geno, Petty can throw all of the interceptions that Jets fans are used to seeing. Unlike Geno, he brings one of those intangibles we’re always hearing about: TOUGHNESS! Give him the keys, Todd!

Ryan O’Hanlon: Spare Petty. SPARE HIM. I like him too much, and literally nothing good has ever come from being a Jets quarterback not named Joe Namath. Who’s the worst person in the world? Whatever the answer, let’s plop this Stonehenge-size, Woody Johnson–shaped millstone around his neck and watch him inevitably become, I don’t know, the first human being to ever get lost in space.

Sean Fennessey: This is the best news I’ve heard in weeks.

Let’s set aside, ever so briefly, the inimitable Jetsiness of this story. Things were already going terribly for Johnson’s merry band of ignoble dunderheads. They’ve already endured an offseason that has seen the team’s elite defensive tackle be suspended four games for substance abuse (and later arrested on drag racing charges), the returning hero appear in a boastfully satisfied Sports Illustrated cover story (pure jinx material), the monstrously gifted defensive leader grouse about his contract status, one of its promising young safeties be placed on IR after tearing his Achilles, and its routinely injured young cornerback go out another two months (no surprise given the FIVE surgeries he had while playing at Alabama). Put all of that information in a vacuum-sealed bag and fire it into space. Because Geno Smith is terrible. No good. A pox on all our houses. And he. Is. Gone. Here was my brother’s response to this news: 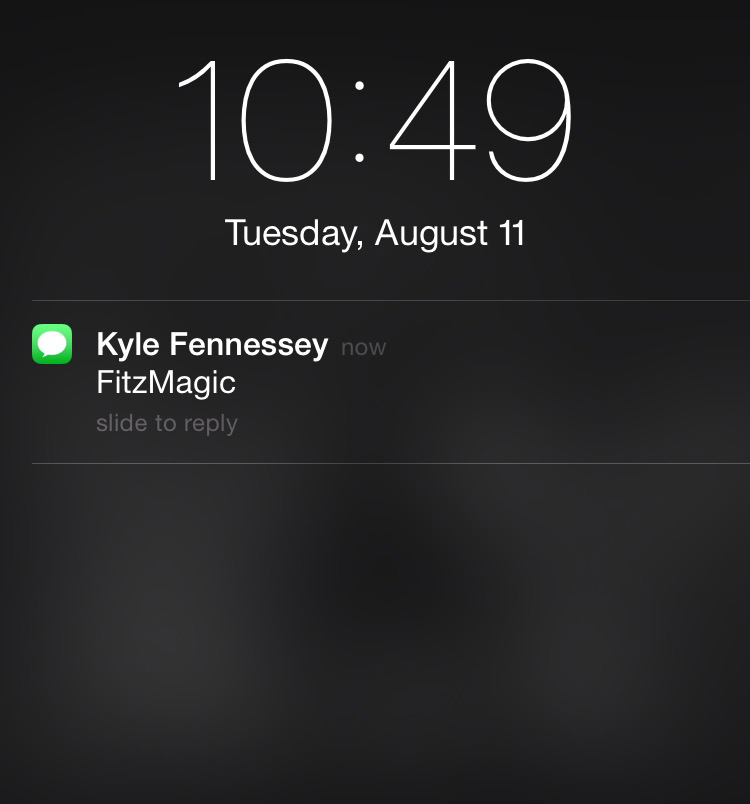 That’s right. The spread offense. Chan Gailey pulling the strings. Brandon Marshall and Eric Decker leaping to the heavens. Chris Ivory rumbling like a steam engine. Jace Amaro bullying his way down the seam. Devin Smith turning on the nitrous. And dear, precious Ryan Fitzpatrick, applying that econ degree from Harvard by SPREADING THE WEALTH. There will be no Bryce Petty, at least not yet. It’s FitzMagic. May Geno Smith’s dignity rest forever in peace.