Life After Tayshana: Coping With the Aftershocks of a Tragedy 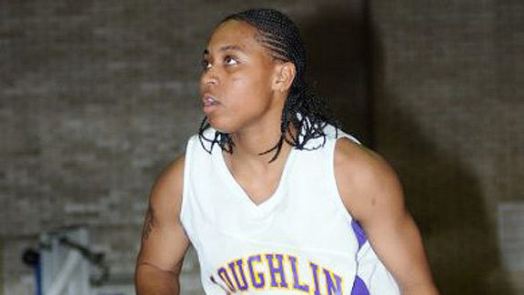 Tayshana Murphy would have just competed in the recent NCAA women’s basketball tournament. She’d be one step closer to a college degree. She’d be making a name for herself and ensuring her future. That was the future she had planned, the path Taylonn Murphy, her father, knows she would have followed.

Instead, Taylonn has been forced to visit courtrooms and not basketball courts in recent years. Tayshana, the baller with the wide smile who was affectionately known as “Chicken,” was gunned down on September 11, 2011, as part of a decades-long housing project feud that boiled over. She was 18, a senior at New York City’s Murry Bergtraum High School, and one of the city’s top-rated guards. “To me, it’s still like yesterday,” Taylonn said. “It’s still sleepless nights. Some days, it’s hard to eat, but I immerse myself in trying for peace and trying to reach some of these at-risk youth, just show them by example that there’s a different way of handling your anger and frustration. Yes, I’m frustrated. Yes, I’m hurt. But I try to take that energy and transform it into something positive.”

In separate trials, juries found Tyshawn Brockington and Robert Cartagena guilty of second-degree murder. Brockington received the maximum sentence of 25 years to life in state prison. Cartagena faces the same punishment and is set to be sentenced on April 28. It has not been established which one fired the three 9-millimeter bullets into Tayshana. “Listening to both verdicts, I don’t know if I can say that justice has been served, but I know accountability has been,” Taylonn said. “They were held accountable for their actions. When you do things that aren’t good and aren’t meaningful to people and hurt people, you’ve got to look for accountability. You’ve got to be held accountable for your actions.”

The violence between the two housing projects, Grant and Manhattanville, is still occurring. “It’s been an ongoing cycle of senseless violence,” Deputy Inspector Steven Griffith, the commanding officer of the 26th Precinct, told the Daily News in January. “We had five shootings with regards to these groups.”

Taylonn is trying to serve as a bridge between the two houses; he’s working with Arnita Brockington, Tyshawn’s mother.

“She was just so remorseful, very remorseful,” Taylonn said. “I think we both were kind of hesitant to see where each other was coming from, but after we started talking, we came to the realization that we both lost. She lost a son and we took a big loss with losing Tayshana, and the community took a big loss. She’s spoken publicly with me and showed that she’s really sympathetic. She doesn’t sugarcoat anything. She says her son was wrong and stands by that.” The pair united with Derrick Haynes, whose brother Eli was killed more than 40 years ago, the first victim of the housing project feud. Together, the three have organized peace rallies and helped locate jobs for underprivileged youths.

Taylonn is also committed to keeping the memory of his daughter alive. He’s still amazed by how many people she influenced in such a short amount of time, and he can always count on phone calls from women in college programs who tell him Tayshana inspired them. He has organized tournaments in Tayshana’s name and hopes to one day produce a documentary about her life.

“I always feel like the basketball world’s been cheated by not seeing her play, not seeing that crossover, not seeing that jump shot, not seeing the way she played defense and the way that she was able to steal the ball and just her drive,” Taylonn said. “Her last game, she wasn’t even cleared to play yet. She scored 35 points. That’s the type of player she was.”

The Year of the Sun Gods