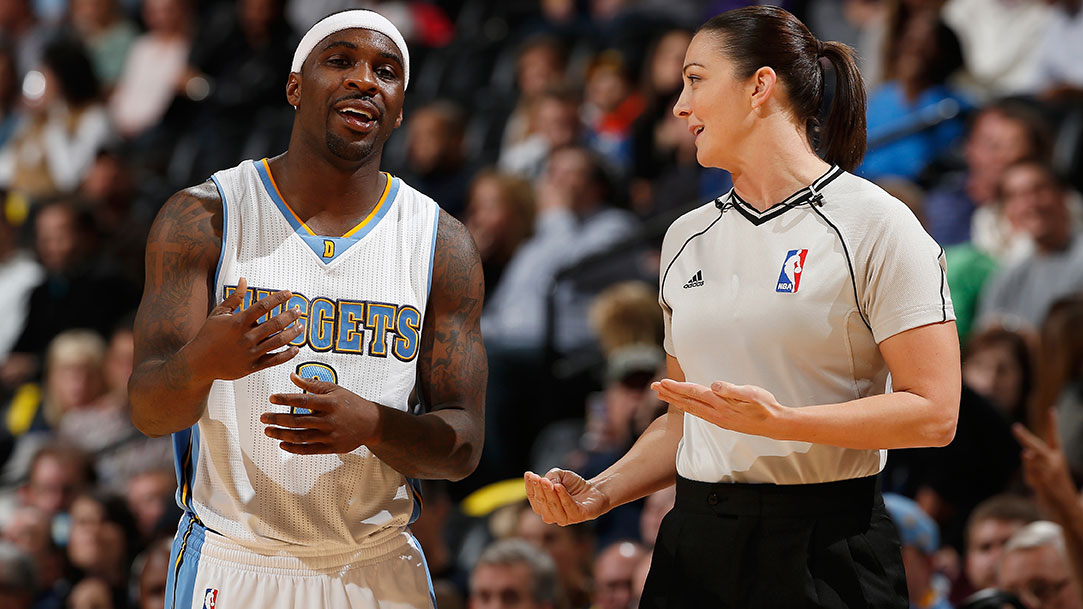 She showed up late and wore the wrong pants. For Lauren Holtkamp, that’s how it all began.

“I showed up in these Western-style, from the 1970s, old-school referee pants,” Holtkamp says. “I just remember showing up and going, ‘Oh my gosh. What have I gotten myself into,’ because I was like 30 years out of date with my uniform.”

This is back in 2004 — on a September afternoon in a middle-school gym in Springfield, Missouri. The Study Stars vs. the Pipkin Lady Pirates. Holtkamp, a former college basketball player then studying for her master’s in marketing and communications at nearby Drury University, thought she’d ref 12- and 13-year-olds to make some extra cash.

Eleven years later — 34 years old and the third full-time female ref in NBA history — Holtkamp is way ahead of schedule. 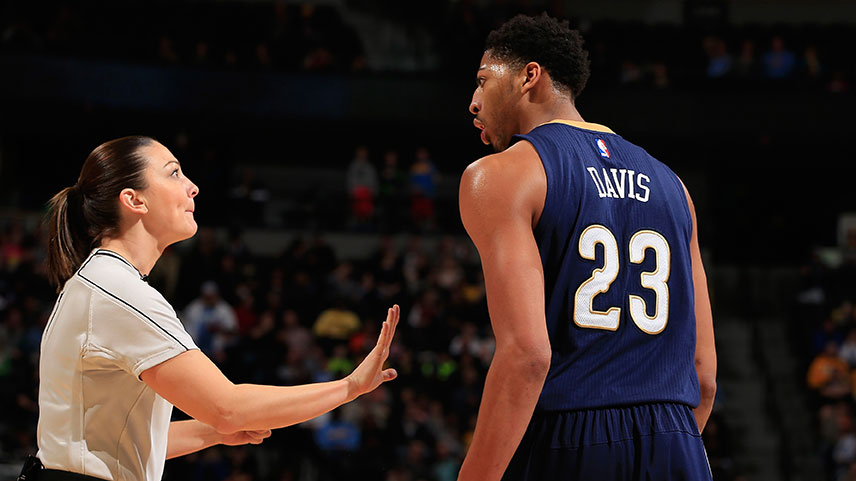 “You could tell early she was extremely poised, extremely intelligent, and had a desire to be good,” says Kelly Holt, who was head of the Southwest Missouri Basketball Officials Association while Holtkamp worked middle school and high school games in his area. Still, even as she shot up the officiating ranks in Southwest Missouri, Holtkamp had plans to attend Emory University to get her master’s in divinity.

Then, right before leaving for Atlanta, she met Dock Sisk.

Sisk and his wife, Nan — the two, seemingly plucked right from a scene in The Honeymooners — were both college officials who had WNBA experience, and Dock happened to be at an AAU tournament where Holtkamp was working.

“I said, ‘Dock, why don’t you come over here to this other gym? I want to show you something,'” Holt says. “I didn’t even tell him what he was looking at, and Dock said, ‘Who’s that girl?'”

Holtkamp moved to Altanta, but it just so happened that Sisk and his wife ran a college referee training camp in Georgia. So Holtkamp went, and the relationship grew from there. She began to ref games outside of Atlanta but close to the Sisks’ home so they could come watch. “They were family away from home when I moved,” Holtkamp says.

After an introduction from WNBA supervisor of officials and former NBA ref Dee Kantner, Holtkamp, as a growing number of current NBA refs have, started working D-League games in 2008.

“It is a farm system for us,” says Don Vaden, director and vice-president of NBA officials. “We basically try to bring in the best that we can find, regardless of where they are in their careers.”

In addition to D-League games, Holtkamp worked women’s college games in numerous conferences. She also reffed WNBA contests, which, considering the differing schedules, eliminated any offseason she might’ve had.

“I look at that and think, I had four years of year-round professional development that was incredibly helpful to getting me to this point,” Holtkamp says.

Then, after some part-time work as an NBA ref for the 2012-13 and 2013-14 seasons, Holtkamp received a phone call this summer from Mike Bantom, the league’s executive vice-president of referee operations, offering her a job as a full-time NBA ref.

“I was, oh my gosh, I was just excited,” she says. “It’s a once-in-a-lifetime opportunity, and how can I make the most of it?”

And what do you do after receiving a life-changing phone call? You call your dad.

“I thought it was cool that she would call me first,” Lauren’s father, Bob Holtkamp, says. “At the same time, who in the hell else is she going to call first but her dad?”

“He has this really great sort of ‘Woo!’ This cheer that he does. He did that,” she says. “He said that he was proud of me, never doubting that I would be able to do it if I was given the opportunity. And then we went right into the logistics.”

Even though she is, by definition, a trailblazer — one of the few women in a world, despite some recent breakthroughs, still dominated by men — working as an NBA referee, for Holtkamp, remains just that: work.

“I don’t feel pressure,” she says. “The pressure I feel as a new referee is no different than any other pressure that a first-year referee feels coming in.”

The NBA hired its first two female officials, Violet Palmer and Kantner, before the 1997-98 season. Kantner stopped working games in 2002, while Palmer is still going strong in her 17th year. But it then took almost two decades to hire the third.1

Holtkamp knows she’s in a position to become a role model for female officials of the future, just as Palmer and Kantner have been to her, passing on whatever lessons she’s learned. The most important bit of wisdom, she says, might have came back on day one in Springfield.

Fred Katz (@FredKatz) averaged almost one point per game in fifth grade but maintains that his per-36-minute numbers were astonishing.

This post was updated to correct the name of the Pipkin Lady Pirates.