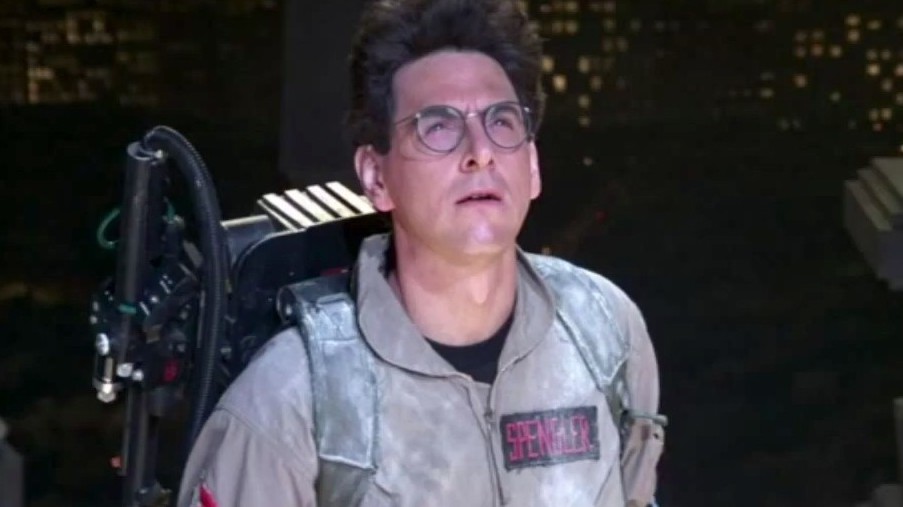 Sure, the part where the team sends him a bunch of gifts is nice, but the real gold comes in the video’s first section, when he gets a Sidney Crosby jersey for Christmas and immediately reacts like he just got a box of used toilet paper. Die-hard Flyers fans: born, not made.

The whole thing is awkward enough, but it’s the sarcastic ovation from the crowd at the end that really makes it.

This is the best Buffalo Sabres–themed rap since the glory days of Housley of Pain, Andreychuk D, and Salt-N-Puppa.

This week’s obscure player is Mikko Makela, for absolutely no reason other than his name is super fun to say.

Go ahead and try it: Mikko Makela. No, not softly to yourself. Stand up in your cubicle, on public transit, or in the middle of your lecture1 and yell “Mikko Makela!” Tell me if your life doesn’t immediately get at least 30 percent better.

Mikko Makela was a Finnish winger who spent most of his NHL career with the Islanders in the late ’80s. He could score a bit, topping out at 76 points in 1987-88, and he was also a pretty decent checker during a time when it was assumed every European forward was flashy and one-dimensional. He had short stops in Los Angeles and Buffalo before heading back to Europe in 1991.

He made a brief NHL comeback with Boston in 1995, and I can’t tell you how happy that made everyone, because it gave us all an excuse to say his name for a few more days.

Last week, Geneve-Servette defeated Salavat Yulaev Ufa, 3-0, to win the Spengler Cup for a second consecutive year, and I had to Google every detail in that sentence because I still have no idea what the Spengler Cup is.

I realize I should know this stuff. It’s a high-level tournament with lots of history, and plenty of hockey fans around the world clearly enjoy it. The level of play is decent enough, and the players always seem to care.

But here’s the grand total of things I actually know about the Spengler Cup:

• It happens every year right around the same time as the World Juniors, which is confusing.

• You’re not allowed to play in it unless you have at least 9,000 ads on your uniform.

That’s basically it. Oh, and it also features a downright eclectic mix of teams. It’s mostly European clubs, but occasionally you get an NCAA or AHL team randomly dropping in. And there’s always a Team Canada, which shows up every year with a bunch of guys you’ve vaguely heard of, usually coached by somebody trying to get an NHL job. (This year it was former Lightning boss Guy Boucher, who really seems to have mellowed).

So I’m aware of the Spengler Cup. I just don’t understand it, and never have. And I realize that’s on me, and I’m probably missing out. But at this time every year, I end up treating any mention of the Spengler Cup the way I treat one of my wife’s stories about something that happened to her at work: I force a smile, nod a lot, desperately try to remember if I should recognize any of the names, and then forget the entire thing five seconds later.

CapGeek emerged from the ashes of the 2005 NHL lockout, as the league and its fans tried to navigate their way through the confusing first few years of a salary-cap world. Detailed salary information had suddenly become crucial, but the league rarely bothered to make it available. So Wuest did it himself. Over time, the site evolved into an invaluable resource for fans, media, and even front-office employees, and while Wuest stayed behind the scenes and never got rich off the project, every hockey fan owes him a debt of gratitude.

So what happens now? CapGeek wasn’t the only site publishing salary info — NHLnumbers.com makes much of the same data available — but its creative tools and easy-to-use design had made it the default resource. Now it’s gone, which creates a great opportunity for the NHL itself to step up and create a replacement. After all, the league has access to all the data, and the demand among fans is clear. Doing its fans a solid by stepping in to fill the CapGeek void seems like an obvious step for the league.

Will it happen? Nobody seems to think so. After all, creating a league-sanctioned CapGeek equivalent would be the sort of thing the NHL would do if it placed any real value on the fan experience, and three lockouts have shown us where it stands on that issue. So instead, we’ll probably go back to the days of “terms of the deal were not disclosed,” because the only dollar signs the NHL cares about are the ones attached to your ticket and your team’s new third jerseys.

I hope it proves me wrong. I’m not holding my breath.

The World Junior Championship wrapped up this week, with Canada beating Russia in the gold-medal game to cap off an entertaining tournament. It was another chapter in hockey’s oldest international rivalry, as Canada and Russia/the Soviet Union have spent the last 40 years facing off in classic displays of breathtaking skill and sportsmanship that showcase the best the sport has to offer.

Today’s featured clip is not one of those displays.

• It’s January 4, 1987, and Canada (in white) is facing the Soviet Union (in red) in the final game of the World Junior tournament. The stakes are a bit complicated, but basically Canada earns the gold medal if it wins the game while the Soviets have little to play for. It’s the second period, Canada is winning, and things are about to go off the rails.

• We’re just coming back from commercial as we join the action. And by “action,” I mean everyone is suddenly punching each other. The key altercation features Sergei Shesterikov going after Everett Sanipass, presumably because he’s jealous of how cool the name “Everett Sanipass” is.

• Fighting is very rare in international hockey, which is why this one looks sort of weird. Half the players don’t know what to do, and the other half keep pausing to look around and think, Wait, I’m pretty sure this is a terrible idea.

• Also having no idea what to do: the officials. That will turn out to be important in a minute.

• Nice to hear that Ric Flair is in the crowd somewhere. Seriously, who responds to a hockey brawl by repeatedly yelling, “Woo!”? Did the guy get stuck between “whoa” and “boo” and just short-circuit?

• About one minute into the fight, the crowd suddenly comes alive, and anyone who watched hockey in the ’80s knows what that means: The benches are emptying. At this point, the whole thing gets legitimately dangerous, with various cases of stick swinging or two-on-one fights. Somebody really needs to take a stand for player safety here. Where’s Brendan Shanahan when you need him?

• Oh, wait, there’s Brendan Shanahan. He’s one of the guys in the middle of this. No wonder he was always the guy in those Red Wings/Avalanche brawls who had that look in his eyes that said, “I’ve seen so much worse.”

• Other future NHL stars involved in this brawl include Theo Fleury, Sergei Fedorov, Pierre Turgeon, Alexander Mogilny, and my personal favorite, a little-known Team Canada assistant coach and recent ex-cop by the name of Pat Burns.

• My favorite line from the Wikipedia page for this fight: “The brawl was violent at times.” Yes, I’ve heard that brawls sometimes have a tendency to get that way.

• We can see how badly things have escalated at 2:15, when it becomes apparent that Shawn Simpson has torn a Soviet goaltender’s head clear off.

• Speaking of terrible decision-making, let’s pause the video around the three-minute mark and play a game of What’s the Worst Possible Thing Anyone Could Do Right Now? Remember, we’ve got 40 out-of-control teenagers brawling on ice. How could we make the whole thing about a million times worse?

• If you said “shut the lights off,” congratulations! You’re a winner, and also very, very dumb.

• Oh, and the referees also decide that now is a good time to leave the ice. So, great job all around, grown-ups.

• I always liked the shot at around 4:00 of the one Soviet on the bench who gets up and heads for the ice. I’m assuming he was exhausted and/or injured from fighting, but as a kid I always assumed he was just really unobservant. “Hey, where’d everyone go … uh-oh.”

• We get a quick shot of Burns, who looks remarkably calm given the circumstances. Remember, this is the guy who once tried to strangle Barry Melrose during a playoff game. I guess nobody on the Soviet bench had a sweet enough mullet.

• We end with a few shots of the most awkward job in hockey: picking up all the gloves after the brawl. It always gets left to the guys who didn’t really end up fighting much. It’s basically the sports equivalent of the one quasi-sober guy after the party who has to go around and pick up all the red cups.

• The rest of the game was canceled and both teams were disqualified, allowing Finland to win its first ever gold medal. To this day, Canadians swear the Soviets started the brawl on purpose to cost them the gold. Also, you can make us all irrationally angry by saying the word “Piestany.”

If you have time to watch one more clip, I highly recommend this one of Don Cherry in the immediate aftermath of the brawl. This was back before Cherry transitioned into crazy-outfit guy — he was still in his “Canadian Frank Sinatra” phase back then — and he’s legitimately ready to murder someone. Also, his socks. You’ll just have to trust me on this one.

The Tale of Two Flaccos