Kobe Comes Back, and the NBA’s Crazy Uncle Is Home Again 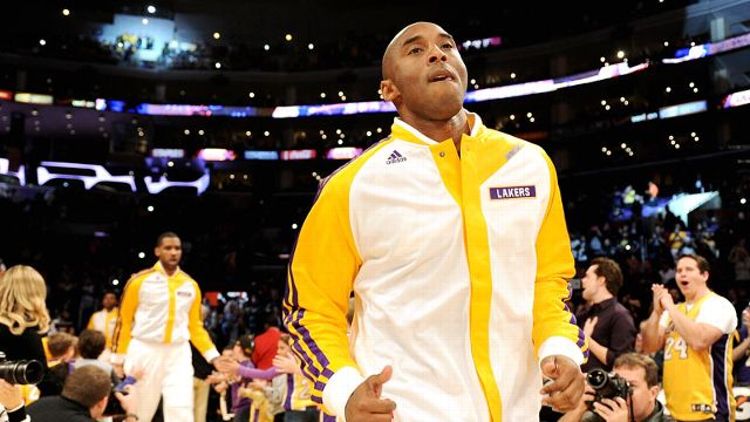 Because Mamba Mentality is immune to pressure. And injuries. And age. And all the other excuses other mortals fall back on.

That’s obviously not what happened at Staples Center on Sunday, but first and foremost I’ll remember Kobe’s comeback game for how high everyone’s expectations were. There’s no better testament to Kobe than how excited everyone was to watch a guy who by any reasonable measure should not have been playing basketball eight months after rupturing his Achilles. We should’ve known this would be depressing, but somehow Kobe convinces everyone to abandon logic. This is his greatest superpower.

Five other thoughts on the night Kobe rose from the ashes:

1. Beware the Inferno. Staples was full 10 minutes before tipoff, and everyone was ready to go nuts. Including me. This was as big an event as any regular-season game in December can possibly be, and the intros were always going to be the coolest part. I’ll remember the Nike commercial beforehand, with Ice Cube spreading the gospel to the masses.

If he never got up, he’d still be called a hero.

And if he hadn’t stepped back on the court, he’d still be a Hall of Famer.

And if he didn’t hit those free throws, he’d still go down in basketball history.

And if he never came back to the game, he’d be a living legend.

But he wouldn’t be Kobe Bryant.

Then came the Lakers pregame hype videos. In between highlights of Nick Young and Jordan Farmar we got helpful fire-safety tips projected against a massive curtain at center court.

A few minutes later, the other four starters were introduced, and then there was a pause. “The Imperial March” came blasting from the speakers, the crowd goes insane, and, “From Lower Merion High School …”

It was all so perfect. If you’d brought someone who had never watched a basketball game in their life, that poor clueless soul would have thought the Lakers were introducing some indestructible God of Destruction, back from the dead to rain fire on all the non-believers.

Then the game started.

2. Jordan on the Wizards. After a few minutes, it was obvious: Kobe was not quite right. He air-balled his first shot, he forced passes, he was slow. Either he was just rusty or the injury took something that he won’t get back. But two weeks after signing a $48 million contract to be the centerpiece of the Lakers for the next two years, he looked like Michael Jordan on the Wizards. The body looked the same, but the game was slower and more deliberate. Full of pump fakes and sadness.

He finished with 28 minutes, 2-of-9 shooting, nine points, eight rebounds, and four assists. Not to mention eight turnovers, which actually felt low when I saw the stats afterward. Either way, this wasn’t exactly the God of Destruction.

3. The Raptors. Having it happen against the Raptors was cruel for two reasons. First, because this is the team Kobe destroyed for 81 points seven years ago, so seeing him lumbering around and struggle to score against Landry Fields was really a whole new of level of sobering.

More importantly, a few hours before the game started, the Raptors traded Rudy Gay to the Sacramento Kings. Subtracting Rudy Gay’s black-hole shooting probably makes the Raptors better and more fun now, but it also means they’ve cleared $20 million in salary off the books next year, giving them all kinds of flexibility for the future. So while smart GMs like Toronto’s Masai Ujiri are tearing down their foundations to build smarter rosters, the Lakers spent $48 million to try to squeeze two more years out of the Kobe Generation. After his first game back — even if he’ll get better — this did not look like a smart play.

I mean, the Lakers must have known they were sacrificing sanity for two more years of Kobe that would make any real contender-building impossible. It’s not like this was news. But it didn’t have to be so obvious in his first game back.

On a night dedicated to purple-and-gold Jesus, it’s only right that Nick Young reminded everyone that Swaggy P is his own religion. Not only did he come through during the first half and spark the Lakers to make a run (Good Nick Young), but he also played his trademark matador defense in the second and uncorked possibly the greatest air-balled layup of all time (GREAT Nick Young). What a champion.

And this is where we remind you that as hard as it was to watch Kobe on the floor for the Lakers, when he left the Lakers were every bit as exciting and addictive as they’ve been all year. The atmosphere was memorable for all sorts of reasons, but it only felt fun for the stretches when the Lakers bench (Jordan Hill, Xavier Henry, Swaggy P) were bringing the team back to life. Or, to put it differently: The only times Staples got as loud as it did during Kobe’s introduction was when Kobe was on the bench.

5. A Few More Seasons of Legend. The tension between the chemistry of the Lakers’ role players and Kobe’s unstoppable ball-stopping will probably continue all year, partly because of the way Kobe plays and partly because Mike D’Antoni’s offense might actually work better with plug-ins like Jodie Meeks and Henry. So this will be a fun, progressively insane backdrop to everything that happens with the Lakers this year, and that’s the biggest reason I’m happy to have Kobe back. That insanity is part of the whole experience.

Short of winning a title, suffering the Achilles injury that ended his season last year and threatened his career is the best way for Kobe to enhance his already ridiculous legend. He’s built a myth on defying logic and rational thinking.

At the same time, logic and rational thinking are king in the modern NBA, which means that next to the Cult of Kobe are thousands of Kobe Truthers who would love to point out that even at his best, the legend of Kobe — the crunch-time assassin — was kinda bullshit, and even someone who works as hard as Kobe won’t be the same coming back from an exploded Achilles at 35 years old.

It doesn’t matter who’s right, because the tension between myth and reality defines Kobe as much as anything ever will. He’s spent almost 20 years in the NBA, and for most of that time he’s been one of the most polarizing players in any sport, at the center of a thousand arguments that will never be settled. After two decades, that’s home for him. Now he’s back at the center of everything.

Sunday, he graded his performance an “F,” and said of his rehabbing offseason, “I think the last time I had eight months off I was still in the womb.”

Let’s all take a moment of silence while we imagine baby Kobe in his crib, gettin’ shots up, working harder than you’ve ever worked in your life. Because that’s what Champions do.

That’s what Legends are all about.

“He’s coming back from a tough injury,” D’Antoni told a roomful of reporters in the press room afterward. “And he’s coming off eight months.”

He is. I think. A human we met as a cocky teenager, who then grew into a sociopathic superstar, and now into a crazy old veteran fighting off reality. It’s hard not to love this version. Everything about Sunday — the weeks of hype that preceded it, the insane video announcing his comeback, the intros, the game in which everyone in attendance was legitimately shocked to see him struggle after the most serious injury in sports — was as bizarre and ridiculous as Kobe himself. It was perfect.

Over the next few years the tension between actual Kobe and the legend of Kobe will bend closer to reality, and that started Sunday. But I’m excited to have him back. Old Kobe is better than No Kobe, and he might actually be the most enjoyable Kobe of all. The world is a better place when the most famous player in basketball is releasing Facebook videos to remind us he’s invincible to nature.

And no matter what happens, we’ll watch. That’s the point. That’s why the Lakers spent $48 million instead of turning into the Raptors. For a team addicted to the spotlight, it made sense. For us, it’s really easy to poke holes in their logic and debunk Kobe myths, but it’s more fun to just sit back and savor the last few years of the madness.

He wasn’t that fun to watch Sunday, but the madness was. That’s the biggest reason it’s great to have Kobe back.

The best players in sports become fixtures in our lives as sports fans, almost like family. And Kobe is our crazy uncle — reminding you what it was like in his day, refusing to yield to changing times, showing the current generation what REAL greatness is all about. You don’t have to buy into it to enjoy every second of it.