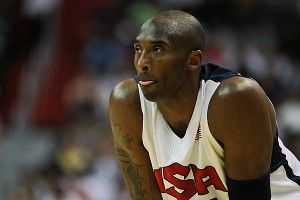 The order of events:

And then these events happened: 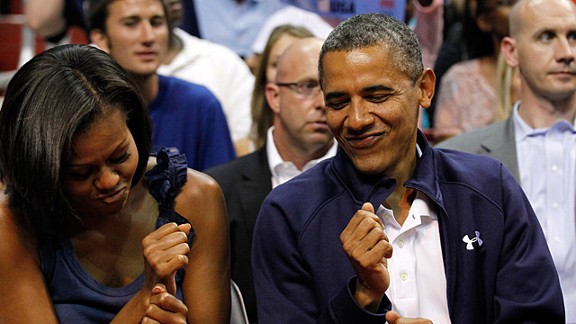 • Barack and Michelle land on the KISS CAM and then DON’T KISS, despite his seventh-grader-at-the-movies-arm-around-the-shoulder technique and ever-so-slight lean-in.

• Barack and Michelle land on the Kiss Cam for a second time, but then KISS because daughter Malia gives Barack the signal to go for it and make out with her mom.

What does Kobe have to do with all of this? After the game, Mr. Bryant was asked about the Kiss Cam debacle and the President of the United States of America:

“PDA is not for everybody, you know what I mean?”

He attempted to save face by following this statement with, “But he makes the important decisions, so it’s all good,” but the real Kobe had already spoken.

You have to respect a guy who will take on anyone in the free world, from Michael Jordan to Barack Obama, and subtly dis their abilities to do things like be the ultimate champions and make out with their wives in front of the entire world.