Jalen’s Fab Five: Advice to Everyone Who Just Got Drafted 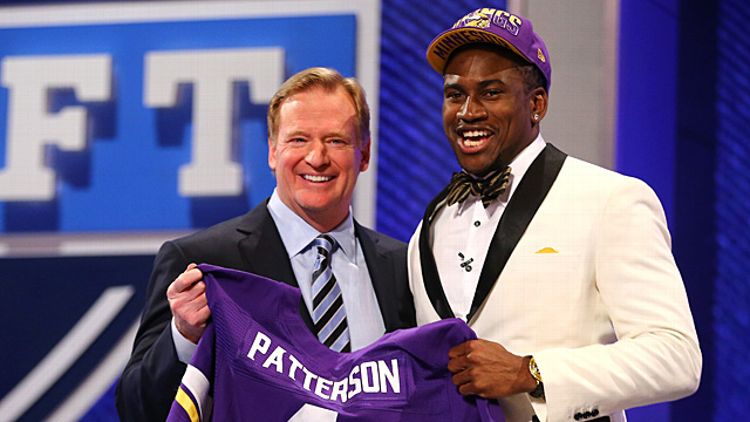 From time to time, our friend Jalen Rose will drop by to give us five quick takes on whatever’s causing a ruckus in the world of sports. Welcome to Jalen Rose’s Fab Five. This week, Jalen has some advice for the newly drafted NFL rookies.

1. Have Friends, Not Dependents

You’re gonna realize that your entourage (if you have one) is going to get upset with you for only two reasons: your time and your money. There’s a difference between a friend and a dependent. A friend truly cares about your best interests. A dependent only sees fame and dollar signs; that’s it. You’re living your dream. That’s not enough for a dependent — a dependent now wants you to fund their dream. That’s when you get in trouble. Like Biggie said, money and blood don’t mix. Think of it like fishing. Maybe you’ll help them catch the first few fish, but ultimately you want them fishing on their own. Staking their clothing line, or their record company, or their seafood restaurant — you’re still fishing for them. You have no idea if they can even hold their own pole. You’re not a suppressed college kid anymore. You’re a professional. It’s time for you to grow, and if the people around you aren’t ready to grow, then you need new people.

(Remember this: If you’re the smartest, richest, and most successful person in your crew — by far — then maybe you need a new crew.)

You know the saying “Don’t let that money burn a hole in your pocket”? As we learned from Broke, many athletes spend so much, they don’t even have any pockets left. This is the most money you’re ever going to earn in your life. If you’re lucky, you’ll play six to 12 years. Think about your life 25 years from now — what do you want to have? Do you want a nice house? Do you want nice schools and maybe even a trust fund for your kids? Or do you want to be looking at pictures of the three cars, four bracelets, and five dependents that you haven’t seen in 15 years? (And by the way, those five dependents don’t even like you anymore.) Even before you play a game, you have to be thinking, What am I gonna do if my career ends right now? Don’t be a dumb jock; be a professional. Because that’s what you are now.

You have to pay attention to your spending pie. Let’s say you’re making $5 million over the next four years. Between Uncle Sam and your agent, that’s an automatic 50 percent off the top. Now you’re down to $2.5 million. Total! You haven’t bought a thing yet! Here’s what you don’t need: a second, third, or fourth car; a second, third, or fourth baby mama; a 100-foot plasma; or the biggest house you can find. Wait until your second contract for that dream house. Because guess what happens if you buy it now: You have to decorate it, maintain it, insure it, hire a contractor, buy furniture for every room, hire a gardener and a maid … it never ends. And the more rooms you have, the more family and friends you’ll have living with you. When I got drafted by Denver, I bought a five-bedroom house and had three friends kicking it with me. And I was paying for everything. Dumb move. You know what else happened? I got traded after two years! I was playing for Indiana for two years before I finally sold my Denver house. My “dream house” turned into “my dream is to sell this house.”

4. You Can Only Trap Yourself

Simmons told me “don’t get fired,” so I’m tiptoeing my way around this one. But there’s a reason Robert Kelly sang, “Now slowly, lady, can we go half on a baby?” It’s a half-and-half thing. Make sure you control your half. And if you can’t control your half, make sure you take care of the result. Don’t whine about it, don’t blame other people, handle it like the professional you are. And don’t forget: Multiple baby mamas will definitely become the second-most expensive item on your spending pie (behind your least favorite uncle, Sam).

5. Concentrate on Your Staying Power

Your goal as a young player? To become a veteran. That means you’ve been banking checks, you found success, and you have a pension. Doesn’t matter if you’re Tom Brady, Ed Reed, or some backup offensive guard who bounced around for 12 years. Get those years in. You want to stick around. You want staying power. And if you can make five All-Pro teams and tens of millions, even better. You want people to say about you someday, “That guy’s a seasoned vet.” That means you competed at a high level for a long time, took care of your body, and handled your business. I played in the NBA for 13 years. I’m more proud of that number than just about anything. You have some catching up to do. So good luck, snot-nosed rookies!

Jalen Rose is an ESPN/ABC analyst and executive producer of Fab Five, the highest-rated documentary in ESPN history. Keep up with him at JalenRose.com and JRLADetroit.com.

See all from Jalen Rose