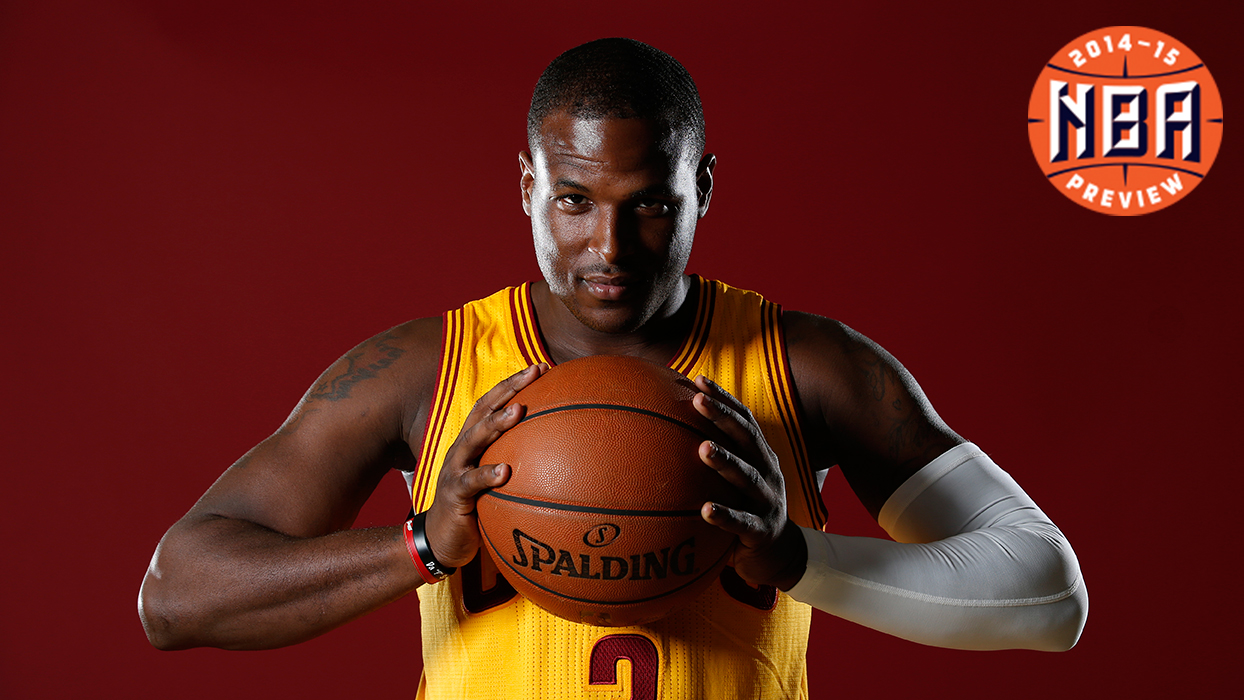 “I told him, with every team there is a guy they want to kind of place the blame on, and it will be Dion on our team.” —LeBron James

To make a career in the NBA, confidence is essential. Humility is a fine and noble trait for you and me, but humility is relative. The first step toward making the league is believing you can make the league. Tim Duncan is held as the platonic ideal of the humble superstar, but we’re judging him on a scale whose active polestars are guys like Kobe Bryant and LeBron. I’m willing to bet that what we perceive as Duncan being humble is really just Duncan not talking all that much about his bone-deep belief that he can kick anyone-who-has-ever-lived’s ass on a basketball court when he has to. Tim Duncan is one of the greatest players to ever put on a pair of sneakers. There’s no way he doesn’t know he is. He just didn’t nickname himself “King.”

For those players who are lower on the NBA food chain — the journeymen, the specialists, the rookies and young guys — some amount of humility, which we broadly refer to as “knowing your role,” is useful within the team dynamic. It keeps teammates from going at each other’s necks. But those players still have to have the confidence that they belong on the floor.

It would’ve done the Big Three Heat little good for Mario Chalmers to look around at his glittering constellation of teammates and go, “What am I doing here?” even if we were all asking the same question of him while watching Chalmers dissolve under the bright lights last spring.

So, confidence is essential, yadda yadda, but it also must be commensurate with a player’s realistic abilities and constrained within the context of his team.

This brings me to Dion Waiters, who is quickly setting himself up as the unintentional Mario Chalmers of the Cleveland Cavaliers.

Dion Waiters, a talented offensive player whose not-really-that-behind-the-scenes feud with two-time All-Star Kyrie Irving played a large part in the Cavs’ disappointing 2013-14 season, is extremely confident. More to the point, he is quite happy to tell people how confident he is.

He has made it abundantly clear, for instance, that he would like to start. He has let it be known, quietly backing a bus over Matthew Dellavedova, that he can play point guard. You know, in case the Cavs need him to play point guard. No word yet on if he can jump center, but camp has only just started. This week, after Bradley Beal proclaimed himself and John Wall to be the best backcourt in the NBA, Waiters responded with,“That’s nonsense,” which Wall in turn swatted away.

The “You gotta be a starter first” line in particular seems aimed with the accuracy of a sniper shooting downrange in low wind. One imagines Dion opening his mouth, his vocal cords cranking into action to emit the first syllable of a response that is cruelly clipped off somewhere south of the tongue as the bullet strikes home.

Waiters then responded by tweeting “Men lie buckets DNT” along with a YouTube video of his offensive highlights from a February 7 win over the Wizards. Dion had 24 points on 11-of-18 shooting, many off long, contested 2s. Off the bench. Dion, it seems, is not content to merely feud with his own teammates.

Full disclosure: I like Dion Waiters’s game, his moxie, and the cut of his jib. I fully appreciate the role his 100 percent emoji confidence plays in relation to his career trajectory. I also have a thing for dudes with somewhat irrational swag and kind of enjoy it when players feud with each other. There’s a “Are you not entertained?” aspect to my appreciation of Dion that may not fully jibe with what’s best for his career and the Cavs. Clearly, he’s the most talented shooting guard on the team. If talent were the only reason to start a player, he would start.

Except that he didn’t manage to smoothly coexist in that taxonomic unit known as a “backcourt” with Kyrie Irving — a two-time All-Star, and also a max contract player, and the owner of a freshly minted FIBA World Cup gold medal. Waiters and Irving both want the ball in their hands, and both are more effective — better shooting percentages, dishing more assists — when the other guy sits. About the best Waiters-Irving news from last season was when it became clear that Waiters didn’t punch Irving in the eye. With four of five Cavs starters essentially locked in for next season, Dion’s best role is probably — judging from his past chemistry with Irving and the fact that there will be even less ball to go around now — to come off the bench and drop bombs on unsuspecting second units.

All of which makes it hilarious for Dion to insist that he and the guy to whom he didn’t give a shiner are, together, the best backcourt in the league. Confidence is essential, but, to paraphrase Morpheus, Dion’s weakness is not his technique.

LeBron’s advice in the above quote should have Dion thinking about pumping the brakes on his outside voice just a bit. Post-“Decision” LeBron knows something about being a punching bag. He was one himself. And he’s seen, up close, what happens when guys with Mario Chalmers–level abilities get Big Three–level egos. LeBron worked constantly at keeping Mario in his own lane, and it seems like he’s trying to do the same thing with Dion. At some point, when even your teammates think you need to focus on doing your talking on the court, maybe you should think about doing that. Otherwise, you’re just giving out a résumé without any references.