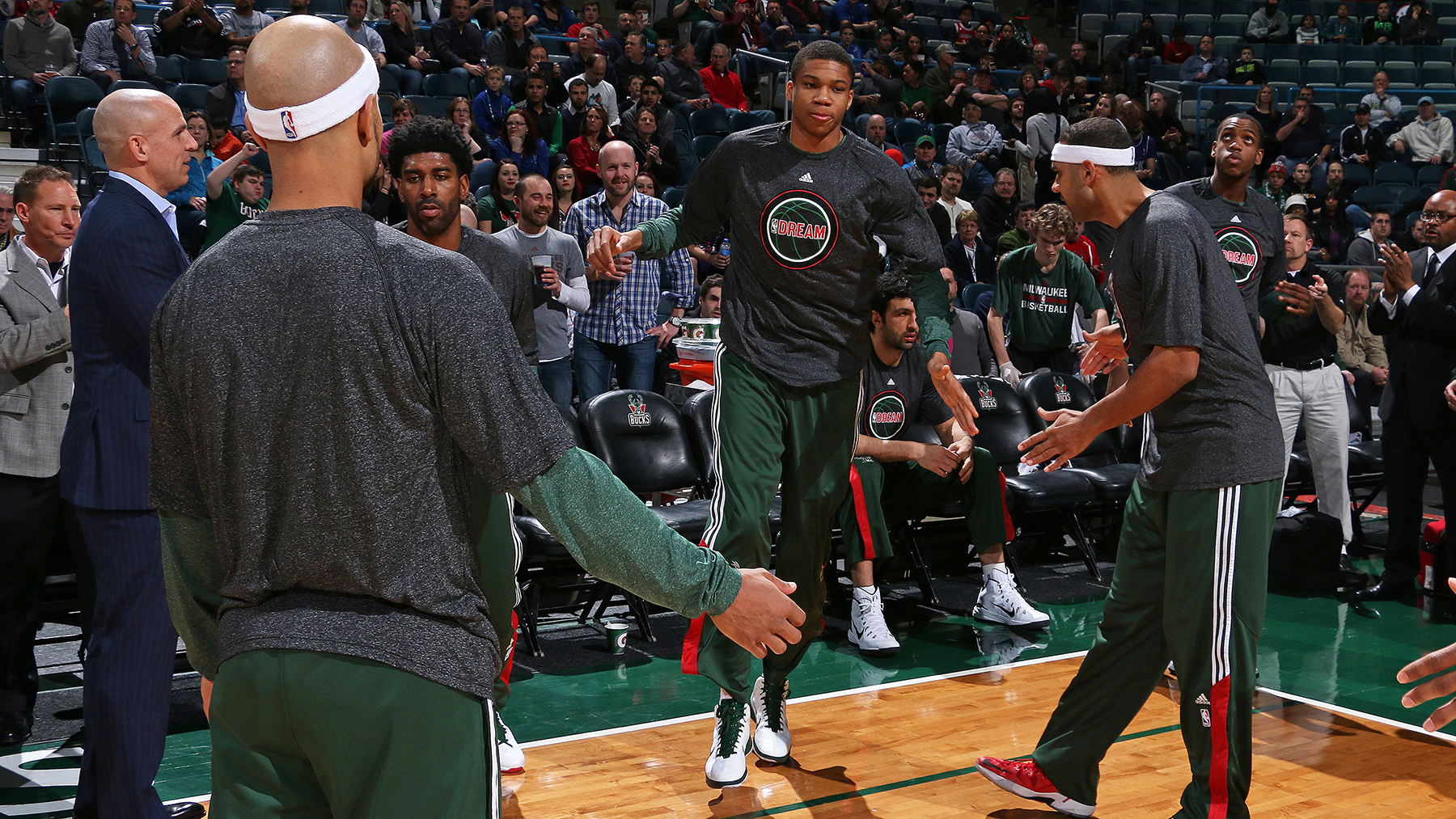 Even before the lower end of the Eastern Conference playoff race devolved into a slap fight among a group of broken, sub-.500 franchises, the Milwaukee Bucks were looking like a legitimate playoff contender, especially if things broke their way. But Milwaukee has instead found itself on the wrong side of the rabbit’s foot, with injuries and off-the-court issues leaving core contributors in street clothes instead of NBA uniforms.

First out the door was no. 2 overall pick Jabari Parker, lost for the season with a torn ACL. After that, the Larry Sanders saga began to unfold. Topping off this misery cake was yet another unfortunate ACL injury, this time to reserve guard Kendall Marshall, a plus/minus darling on his way to carving out a permanent spot in the team’s rotation thanks to his playmaking and newfound post game. In between those larger issues was a smaller rash of injuries that hit the Bucks frontcourt, forcing big men Zaza Pachulia, Ersan Ilyasova, and John Henson into extended stints on the sideline.

With their locker room looking like a MASH unit, you wouldn’t expect much from a team that won just 15 games last season. Yet Milwaukee enters its game against Sacramento tonight at 29-23, and, barring an epic collapse, the Bucks are a virtual lock to participate in the postseason.

This turn of events leads us to ask what in the name of deep-fried butter is going on in Wisconsin.

After his brief stint in Brooklyn ended in ugly fashion, no one had any idea what to make of Jason Kidd. The Nets team Kidd worked with last year was stocked with established veterans who — in the eyes of critics at least — probably could have coached themselves. But now that he’s more than halfway through his second season patrolling a sideline, both Kidd’s efficacy as a head coach and his vision for how he wants the game to be played are becoming quite apparent.

As Zach Lowe explained in December, Kidd has implemented an aggressive defensive scheme. After finishing 29th in the league in defensive efficiency last season, the Bucks are ranked second (no, that’s not a typo), behind only the Warriors (that’s also not a typo!). It’s a remarkable leap and damn near inexplicable when you consider the absence of Sanders, who was one of the most impactful defenders in the league.

Kidd has navigated the loss of his defensive stalwart by relying on the emerging Henson and steady, assignment-sure Pachulia to anchor the middle. But what has really made things click is Kidd’s use of his collection of Swiss Army knives: Giannis Antetokounmpo, Khris Middleton, and Jared Dudley. These three players, particularly over the team’s recent stretch of eight wins in 10 games, have been helping their head coach dial up a variety of lineups capable of causing problems on both ends of the floor. 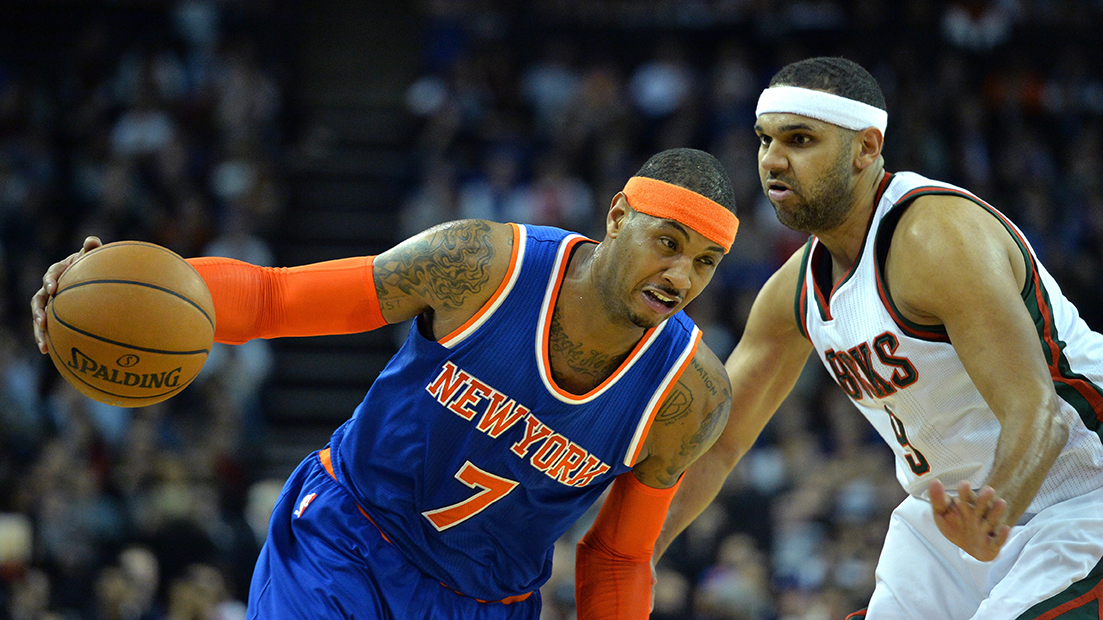 Picked up in a salary dump this offseason, Dudley has been a revelation for this young Bucks squad. This season the veteran has played and defended three positions — shooting guard and both forward spots — while helping open up the Bucks offense with some outstanding 3-point shooting (44.1 percent from beyond the arc). Dudley’s performance against the Nets on Monday night epitomized what he’s been doing all season.

During that game, he guarded four different Brooklyn players — Kevin Garnett, Cory Jefferson, Joe Johnson, and Bojan Bogdanovic — while scoring 19 points on 5-of-5 shooting from 3. Garnett and Jefferson are power forwards (with different skill sets to boot) who set screens and cause problems in the paint. When marking them, Dudley is like an NFL linebacker, calling out pick-and-roll coverages and rotating into help positions to stop opponents who have gotten past the initial line of defense. When guarding the likes of Johnson and Bogdanvoic, Dudley’s role is more akin to that of a cornerback, responding to his teammates’ calls while navigating screens and doing his best to win individual battles on the perimeter.

Dudley — whose Western Conference finals appearance with the Suns in 2010 qualifies him as the most accomplished player on this young roster, with the exception of the recently signed Kenyon Martin — has clearly taken a vocal leadership role on the court. With a flurry of activity happening on any given possession, the ability to communicate things like what play call is coming, what direction a screen is being set from, or where an on-ball defender can funnel a talented perimeter scorer to help is a vital aspect of elite defensive teams.

Good team defenders are diligent about communicating these things. Great ones, like Dudley, take this verbal synchronization to a whole new level, pointing out what’s going on even when he’s not actively involved in a play. In this play against the Nets, you can actually hear Dudley calling out the play direction despite being tucked away in the corner.

Thanks to Dudley’s chameleonic defensive abilities, Kidd can unleash the long-limbed Antetokounmpo onto whatever opposing player poses the greatest threat. However, the young Greek rarely ever spends his evenings guarding just one player. Against the Nets, Antetokounmpo spent quite a bit of his night squaring off against Joe Johnson. But on occasion, he switched his assignments and made life difficult for Brooklyn.

Over the course of the season, Antetokounmpo has guarded every position on the floor for extended stretches except point guard. During the frontcourt injury rash that left the Bucks scrambling for healthy bigs, Antetokounmpo even spent time defending centers. While he helped Milwaukee stay competitive doing so, Antetokounmpo isn’t nearly as effective guarding 5s as he is locking horns with opposing swingmen.

With his athleticism, it’s not a stretch to think that once the second-year pro gains a little more experience, he will earn a reputation as one of the league’s premier stoppers. Right now, however, it’s hard to see his impact in the data. Per most general advanced metrics — ESPN’s real plus/minus and NBA.com’s team ratings — Antetokounmpo grades out as a middling defender. But these numbers are misleading when it comes to the value he brings to the team’s defense.

Early in the season, Antetokounmpo spent a fair amount of his time playing alongside Parker. Due to his youth and effort level (though the latter was getting better before the injury) Parker was, to put it bluntly, a total mess on the defensive end of the floor. In the 416 minutes Antetokounmpo shared the court with Parker — nearly a quarter of all the young Greek’s minutes this season — the Bucks’ defensive rating was a disastrous 107.5, per NBA.com. In the 1,116 minutes without Parker, we get a clearer picture of what Antetokounmpo does for the Bucks defense. Milwaukee has posted a defensive rating of 97.7 with Antetokounmpo on the floor during those minutes, a number that would fall just short of Golden State’s league-leading mark if it held up over an entire season.

What’s even more shocking to find out — and more promising for the Bucks — is that that number wouldn’t qualify for the best defensive rating on the team. Instead, that title currently belongs to Middleton, whose 95.1 defensive rating leads Milwaukee by a wide margin. Though he’s primarily known for his offense, Middleton, at 6-foot-7, is another long, versatile defender, capable of swapping assignments with his fellow wings. When Kidd pairs him with Dudley and Antetokounmpo, it gives the coach a lineup very similar to the Joe Johnson–Paul Pierce–Shaun Livingston trio that turned around Brooklyn’s disappointing campaign last season.

For the past seven games, six of which Milwaukee has won, this trio has joined Henson and Brandon Knight to form Kidd’s 17th starting lineup this season. Of all the groupings Kidd has put forward, this quintet is arguably the most potent combination of athleticism, skill, and perimeter shooting. And while it lacks the size to handle some of the league’s more physical front lines, just look at what all that length can do to opposing offenses.

After watching that video, you will not be shocked to learn that during the 113 minutes that lineup has played together so far this year, it has outscored opponents by more than 11 points per 48 minutes, according to NBA.com. They’ve also been gangbusters on offense, posting an offensive rating of 112.1 — a number that would lead the league if it held up over an entire season.

On an individual level, Sanders, Parker, and Marshall all bring great value to a franchise. Losing three players like this could be a crippling blow to any number of teams. It should be! But thanks to Kidd and his three-headed monster of versatility, the Bucks are not just surviving, but thriving.