I Still Hate Rick Fox … So What? 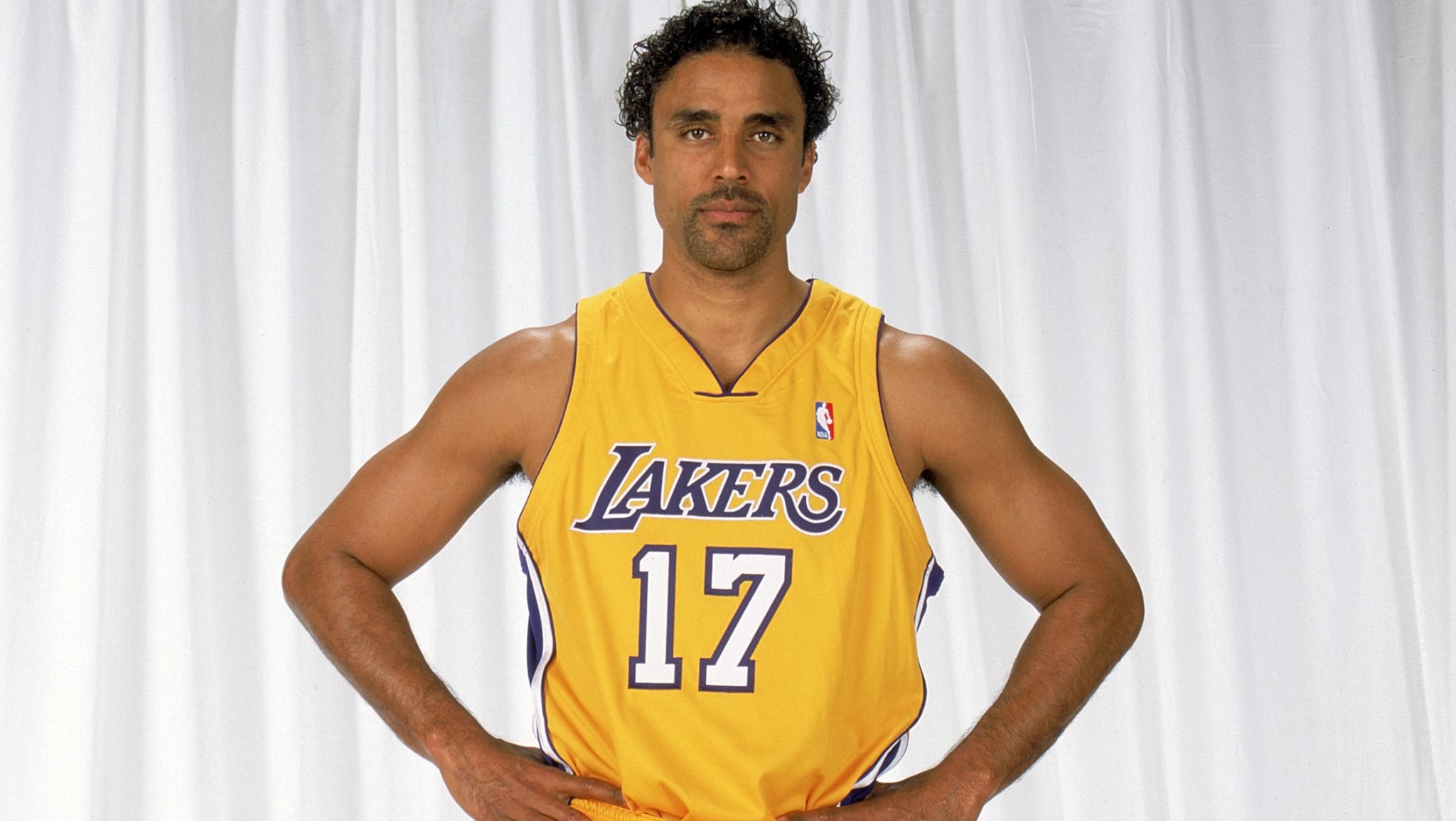 I do not hate Christian Laettner, even though everyone else seems to have hated him. There have been basketball players I do not like or have not liked, but there is only one basketball player I’ve hated.

I don’t like James Harden. I don’t like how sleepy-eyed and sad his face is, and I don’t like that infuriating arm-rake foul-bait move he’s perfected these last three years. I actually ran into Harden at a Toys R Us in Houston the first year he got there. It was right around Christmastime. He was there with a bunch of other Rockets players helping kids get toys. It should’ve been a cool thing, or at least a thing that made you say, “Maybe he’s an enjoyable dude after all.” But it wasn’t. He looked 100 percent miserable and uninterested. Chandler Parsons was there and even Parsons was likable in that moment, and he looks like the bad guy from a season of Real World/Road Rules Challenge. But not James Harden. Harden looked like he’d been interrupted during an especially important game of Candy Crush Saga, and there’s no way you can ever convince me Harden isn’t super into Candy Crush Saga.

I don’t like Dirk Nowitzki no matter how hard I try to make myself like him, and that’s unfortunate because he does really seem like a nice, fun, sweet person. (This most recent All-Star Game when he caught that alley-oop on his tippy toes and then dunked it and then did the 2000 dunk contest Vince Carter tribute move — that was especially charming.)

I never cared for Shaq’s whole Wacky, Wacky Goofball shtick, and I will never stop campaigning for there to be a bronze Chris Dudley statue erected in front of Staples Center right next to Magic Johnson’s, commemorating the time Dudley threw the ball at Shaq after Shaq obliterated his soul in front of all of America:

Those players I didn’t like. But none of them were truly hateable.

The angry version of Shaq, the one who demeaned and degraded his opponents, was a lot of fun.1

So, to sum it all up … Dirk’s 2011 championship run was true mastery and beautiful to watch and very easy to appreciate. Kobe is an all-timer, so even if you don’t like him you at least have to acknowledge that there have only ever been, like, maybe nine people in the history of the world who were better at basketball than he was, so he escapes hate by default. Dwight poses zero threat to anyone’s hopes of winning a title (except for the Rockets) and is also zero percent dastardly, so it’s not worth hating him. And Harden, most likely to become hated, hasn’t yet ascended to true villain, so he’s not fully transitioned from dislike to hate status.2

More specifically: Rick MotherF*$%@#! Fox from when he was with the Lakers. I suspect that at least a portion of the reason I hate him is because of jealousy. He is tall and rich and has exceptional teeth and a powerful bone structure, while I am short and borderline poor and have ordinary teeth and if you catch me at the right angle it looks like my neck has swallowed up my jawline altogether. But it’s more than that.

REALLY look at him:

I mean REALLY, REALLY look at him:

When I look at him it just feels like how can you even, because I can’t even.

There was one game that I halfway remember watching — I think it was Lakers vs. Sixers and I think it was 2003 or 2004. It was a regular-season game. The Lakers were down by one or maybe two or maybe three and there were just a few seconds left or maybe 10 seconds or maybe 20. They had the ball and were running this play where Fox sets a screen near the left elbow and then slips the screen and catches the ball for an easy, wide-open layup or maybe a hook shot or a short jumper. I don’t know. Those parts aren’t important. What’s important is I was watching the game and feeling sick seeing the play develop, knowing he was about to win the game because he was a winner, but then the pass came to him and it was too high and just a little too far behind and so instead of catching it he bobbled it and then dropped it out of bounds. It was the best moment of my whole life.

Fox was a bit player for the Lakers. He was a harasser and an intimidator and his role rarely ever extended beyond that. He wasn’t super important (but he wasn’t unimportant either). There weren’t a lot of moments when he had the chance to win the game, and even fewer still when it was actually drawn up for him to do so. So when that play happened, oh man, it was beautiful. The only thing I like better than something good happening to me is something bad happening to someone I don’t like because I am petty and insecure. So I was floating.

And do you know what happened after that? I’ll tell you what happened: nothing. He didn’t look terribly dejected or heartbroken or anything. He might’ve even smiled. He might’ve, at that moment, thought, I’m Rick Fox. I’m tall and rich and have exceptional teeth and a powerful bone structure, and then went to the locker room, took a shower, then drove to Vanessa Williams’s house and had sex with her. I don’t know. I just know I hated him. I hated him so much.

Fox is the only player I would’ve been upset about if he’d been acquired by my favorite NBA team. (Dwight is an eyelash behind him, though for different reasons.) That’s always the question of hated players, isn’t it? Would the fan bases that hate him or her still hate him or her if he or she played for their team? Deion Sanders is the best example, because he played for the 49ers and Cowboys, so he took turns being loved/hated by both.

What if Bill Laimbeer — instead of the Chief — was on the Celtics with Larry Bird? What if Nick Saban coached Auburn? What if Psycho T played for Duke instead of North Carolina? What if Derek Jeter played home games in Fenway? How big would Michael Irvin’s statue have been if he were in Philly? Michael Jordan in New York? Karl Malone in San Antonio? Tom Brady in Baltimore or, more dramatic still, Indianapolis? What if Joe Frazier was the loud one and Muhammad Ali was the quiet one? What if Ivan Drago was from Texas? What if Newman —instead of Kramer — lived across the hall from Jerry? What if Megatron weren’t in the Decepticons? OH NO:

WHAT
IF
CHRISTIAN
LAETTNER
HAD
GONE
TO
UNLV OR EVEN MICHIGAN

AND INSTEAD OF THE FAB FIVE IT WAS THE FAB FOUR + CHRISTIAN LAETTNER???

Oh, wow: What if everyone loved Christian Laettner?

Would that be insane? Is Christian Laettner the white Rick Fox? I don’t know.

Here’s a video of Doug Christie uppercutting Fox, though:

Blessed be you, Doug Christie.

The Burden of Versatility: What Is Wayne Rooney?