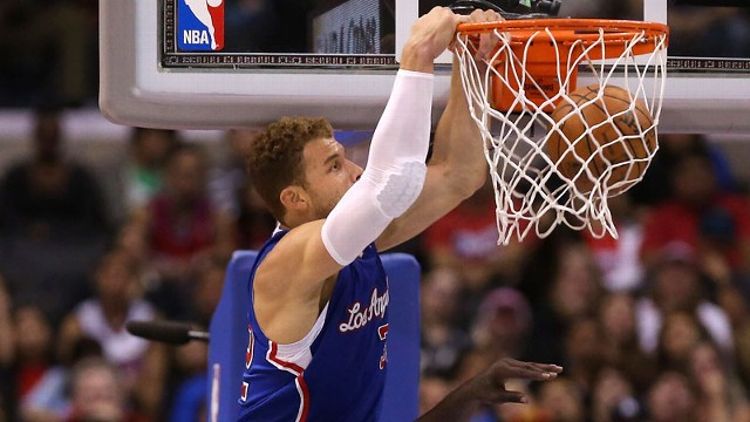 In the second week of last season, the Blazers went into Oklahoma City and worked to such a polished, smart road win over the Thunder that it felt like Portland was announcing itself as a legitimate threat in the Western Conference. LaMarcus Aldridge played like one of the 10 or 15 best guys in the league, Gerald Wallace bullied Kevin Durant in the post, and it wasn’t yet clear what a disaster Raymond Felton would be.

Two months later, the Blazers detonated themselves, and everyone who wrote glowing things about Portland’s future after that game rejoiced that nobody remembers anything anyone writes even 24 hours later.

Which is to say: I’m working hard not to go overboard in praising the Clippers’ evisceration of the league’s most polished team last night in Los Angeles. The Clippers’ defense, the team’s weaker half, still ranks right around the league average in points allowed per possession, according to NBA.com. Their shutdown of the Spurs did not cement a mini-trend of solid Clippers defense; it reversed a mini-trend of sieve-like play and awful defensive rebounding that did the Clips in against Cleveland and an Andrew Bogut–less Golden State team in their two prior games.

But this was one of those games that shows what the Clippers can become if DeAndre Jordan and Blake Griffin defend at a B-plus level consistently. They were better than that last night, and the Clippers morphed into a destructive force as a result. This is the league’s sleeping contender, with two top-20 players (that Portland team had just one) and a half-dozen serious issues to resolve through the season. If half of those issues flip the right way, the Clippers’ ceiling will jump a level in a Western Conference that is suddenly unsettled. There is an opening for both the Clippers and the Grizzlies, who also looked fantastic on Wednesday in brutalizing a solid Milwaukee team on the road.

Defense at the NBA level is really hard, especially for big men. Griffin has been slowly improving since the day he entered the league, but he has short arms, so-so fundamentals, and a heavy scoring burden; he’s never going to be a stopper. But he has progressively grasped complex NBA schemes — how to force ball handlers to the baseline on side pick-and-rolls, how to play the Point Guard X/Big Man Y combination on a high pick-and-roll, when to switch assignments on the fly with Jordan, and how to rotate behind the play in concert with his teammates. He’s not perfect at it, but he’s learning all the time.

Jordan has had a rougher time, and some of the difficulties have come in partnering with another young big in Griffin. They’ve miscommunicated often, rotating to the same opposing big man because each thought the other was going someplace else. There have been slow rotations, confused looks, and much head-shaking. Jordan’s post defense has looked epic one night and weak the next, and, like all springy young bigs, he has been prone to chasing blocks at the expense of sound positioning.

But he’s evolving, and the Clippers’ brass was quietly optimistic before this season that Jordan would show improvement quickly on both ends of the floor. Last night, he was (mostly) sliding to all the right places, in sync with the movements of San Antonio’s spread pick-and-roll offense, rarely sliding too far or getting himself out of balance. Jordan seems to be developing an understanding of when he’s helped just enough and it’s time to return to his original assignment — the economy of movement that separates the soundest big-man defenders from the pack.

It’s not always there, of course. He can still be an overeager helper on the pick-and-roll, and smart point guards can draw him into unfavorable switches by stringing the play out to the sideline. He went flying after a contested (by Griffin) Boris Diaw runner last night, letting Diaw off the hook for a drop-off pass to a wide-open Tim Duncan. Jordan and Caron Butler got confused on a simple curl play for Manu Ginobili, with Butler assuming Jordan had switched from Duncan onto Ginobili, while Jordan hung in no-man’s land, leaving Ginobili for a wide-open 3.

The Clippers, with so many young guys, are never going to be systematically perfect. The Spurs, perhaps the favorites now in the West, are systematically perfect. But the Clippers bring athleticism these Spurs will never have. The Thunder proved in the conference finals last season that superior individual talent and athleticism can overcome the Spurs’ rehearsed brilliance, provided the systematic coordination begins catching up to the talent. The Clippers are never going to get an A for their tactics and on-a-string cohesion. But they’ve got A talent and athletes, and that, combined with a B system, can be enough.

There were back-to-back Spurs possessions in the second quarter last night in which it appeared the Spurs had easy run-out opportunities. The first featured Kawhi Leonard dribbling up the left wing in transition as Tony Parker ran free down the middle:

The second featured Parker streaking down the left side as Danny Green filled the opposite lane for what looked like a potential lob attempt:

But the Spurs hit the brakes and reset both times. Leonard isn’t yet a dynamic transition passer, and Parker in that first clip does not look like he has much interest in fending off a potential Eric Bledsoe chase-down block. Green is a very nice complementary player, and he might have finished a Parker lob in that second clip. But he’s not exactly LeBron James on the run.

The Clippers, with Bledsoe and Griffin and Jordan? They would have turned those plays into emphatic fast-break dunks, or at least drawn fouls. The Spurs scored on both of these possessions anyway, because they are the Spurs, and their half-court offense is an awesome machine. But they had to work for it; the Clippers would have turned these chances into fun.

The Spurs always have to work for it; they just make it look easy. The Thunder in Game 3 of the conference finals year began using a more aggressive defensive style designed to clog the lane and force San Antonio to swing the ball to options two, three, and four on every possession — even if all the scrambling and paint-clogging might leave some of those options fairly open. The Thunder’s length and athleticism allowed them to make those options difficult enough of the time; the Spurs still scored at a league-average rate over those final four losses, but league average was a huge victory for any San Antonio opponent, and the scoring plays just required so much precise effort — four whip-smart passes leading to a Stephen Jackson pump-and-drive or a twisting Diaw up-and-under. Even the brilliant Ginobili struggled to score consistently against Oklahoma City. The Spurs are hoping their young guys, especially Leonard, can assume a bit more of the creative burden this season as Ginobili and Duncan age. Leonard is already featured in more pick-and-roll plays, and he looks more comfortable off the dribble. Green is turning into a more dynamic off-ball cutter, and the other younger guys — Tiago Splitter, Patty Mills, Gary Neal, etc. — will all continue developing.

But the Clippers have the ingredients to build something like the Oklahoma City blueprint, and Jordan holds the key.

Let’s not get ahead of ourselves. Jordan has to play this way all the time against top teams. Same for Griffin. The rest of the big-man rotation is a complete question mark. Ryan Hollins and Ronny Turiaf are nice fillers, but like Kenyon Martin and Reggie Evans before them, they are not the kind of players you want logging huge minutes in a playoff series. Lamar Odom was supposed to be the third two-way big man, but he is out of shape and unprepared for the second straight season. He’s shooting 25 percent (5-of-20) and he can’t finish anything in the lane; it is depressing watching this Odom try to do things the old Odom did just two years ago.

The Clippers can compensate for this deficit by going small more, with either Butler, Matt Barnes, or (assuming he’s healthy at some point) Grant Hill serving as the nominal power forward. Vinny Del Negro didn’t go that route much last season, but he has turned to it a couple of times already this season. It’s not ideal, since it means removing one of the Griffin-Jordan duo from the floor, but it might become a useful stop-gap.

There are other questions — health, consistency, and finding the balance of minutes and offense-defense in the backcourt once Chauncey Billups rejoins a crowded guard rotation. Will Del Negro place too much trust in veterans Willie Green and Jamal Crawford?

We’ll see how these issues resolve themselves. Last night’s win proves only that the Clippers have it in themselves to play like a championship team. Doing so in four straight playoff series is a much different matter.