How The Big East Became The Reclamation Conference 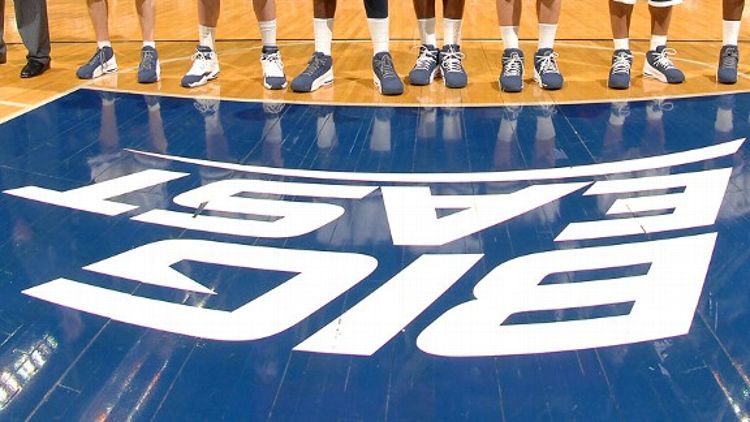 For the first dozen years of its existence, the Big East was a basketball conference, and yea, it was a glorious thing to behold. At most Northeast schools (outside of Pennsylvania), football was a secondary concern, and the Big East established its identity through the hard-ass persona of John Thompson’s Georgetown teams and the thrilling and undisciplined playground antics of Pearl Washington and Walter Berry. In a sport where conference affiliation often means very little come tournament time, the Big East distinguished itself through prodigious talent and sheer physicality. Which is something it could never do in football over the course of two decades, no matter how hard it tried.

I don’t know what the Big East is now, at least as a football conference; it’s certainly not anything resembling the “Big East.” Never mind that old saw about the Big Ten and its 12 teams and the Big 12 and its ten teams, and never mind the notion that Colorado is somehow a Pacific state and Texas is now part of the southeast; there cannot ever be a more disingenuous attempt to trade on tradition than if this new conference refuses to change its name and tries to convince us that San Diego is actually the always sunny version of Philadelphia. There cannot be a “Big East West,” and yet there is, and the strangest thing of all is that the people who orchestrated this managed to sweep up Boise State with that pitch.

Let me say this: I don’t know how or why I became Grantland’s resident Boise State advocate in the first place. It is not something I planned; it’s a stance I felt I need to adopt out of necessity, which is also why this bastardization of the Big East took place.

We live in an era when corporations are considered people, and going by that definition, I presume athletic conferences and athletic programs are people, too, and people do what they have to do to facilitate their survival. That’s how the Big East has become the Reclamation Conference, and that’s how Boise State has both fallen into the system and yet still remains outside of it.

Boise had to do something; I understand that. But what they’ve done may not amount to much of anything. They’ve joined a conference rife with neophytes and also-rans, and it has the potential to marginalize their program even further. Ah, you might say, but at least the Big East is part of the BCS! Doesn’t this mean Boise has become part of the system, rather than existing outside of it?

Well, kind of. However, a high-ranking BCS executive told SI.com’s Stewart Mandel that “almost everyone” wants to do away with the automatic qualifying bids for BCS conferences. (Of course they do, because it’s a way to make like they’re somehow “fixing” the system without acknowledging that the system itself is hopelessly screwed.) I’m sure that a great deal of this enmity toward automatic qualifiers has to do with the Big East, which sent an 8-4 Connecticut team to the Fiesta Bowl to get throttled by Oklahoma a year ago, and will advance a middling West Virginia team to this year’s Orange Bowl against Clemson.

By 2014 at the latest (when West Virginia is currently scheduled to depart, along with Syracuse), unless you consider Boise (enrollment: 20,000) a big university, there will be zero Big East teams that could be considered “large schools with passionate fan bases and a tradition of success who value football over basketball.” (Possible exceptions: Central Florida and South Florida, which both have the potential to become such a thing, but have failed to do so up now.)

And so what’s to stop the BCS, if it eliminates AQs and maintains its cockroach-like existence, from inviting an 8-4 Tennessee team with a massive alumni base to play in the Orange Bowl ahead of an 11-1 Boise State team? What’s to stop an 11-1 Alabama team with a loss to LSU from being ranked ahead of a 12-0 Boise team with wins over SMU and Louisville? Nothing that I can see. Nothing at all. East may be West and West may be East, but the world is still the same cruel place.