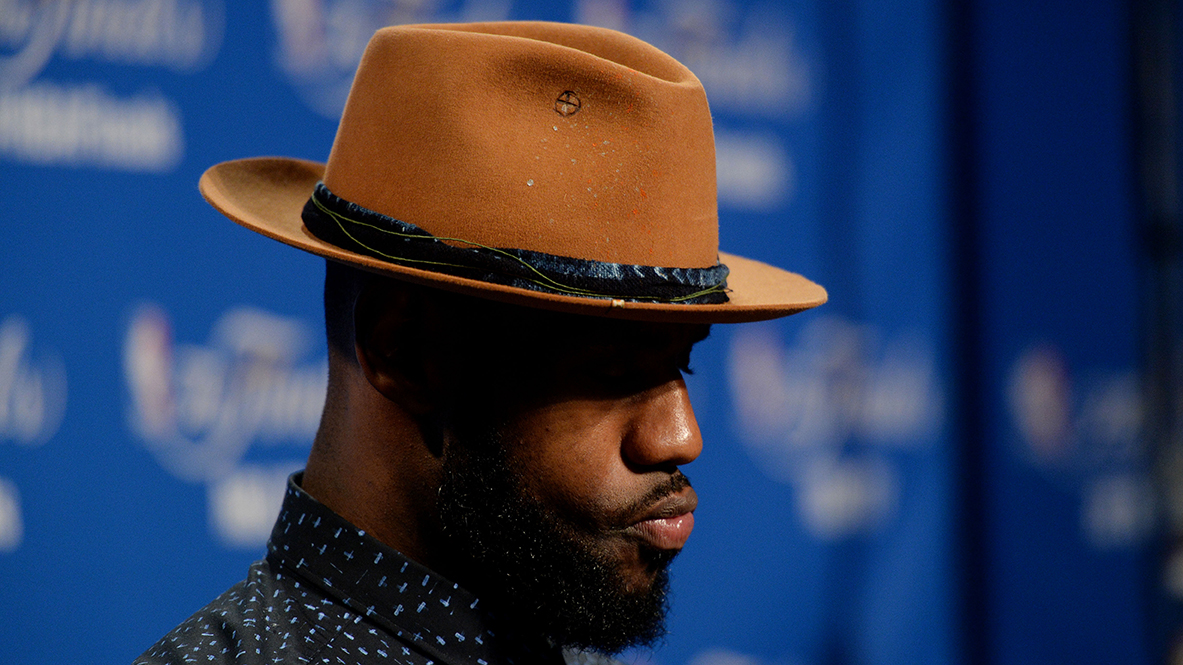 LeBron James is taking a break. A passive-aggressive break. The greatest basketball player in the world is an unrestricted free agent for the third time in six years. And, yet, somehow we’ve become so inured by the clamor of bells and whistles from the summer’s annual player movement circus that we barely notice how amazing this is. LeBron James, the best player in the world, in the thick of his prime, has now hit the open market three times in the last six years.

James’s latest foray into free agency illustrates an ignored detail about his career: Off the court, he is the most powerful player the NBA has ever seen. What separates LeBron from the other granite heads carved on the NBA’s Mount Rushmore is that he has managed, through a confluence of factors beyond just the normal deference afforded a star player, to leverage his greatness into influence. LeBron, as much as anyone else in the Cavs organization, is shaping the direction of the team.

1. His greatness. Nothing else is possible if LeBron isn’t the best player in the world, a one-man exemplar of the NBA’s positional revolution.

2. The canny way he’s structured his contracts. Without the threat of leaving, a player is just an employee. In 2006, when he was all of 21 years old, James signed a three-year, $60 million extension with the Cavaliers, with a fateful player option for a fourth year. If things went well in Cleveland, awesome. If he didn’t like the direction, he had an out that just happened to coincide with similar deals inked by Dwyane Wade and Chris Bosh. Cue the stench of smoldering Cavaliers jerseys. After “The Decision,” James inked a six-year, $110.1 million deal with the Heat. That deal contained an early termination option not after the first, not second, not third, but fourth year. Cue the mass purchasing of new, non-charred LeBron James Cavaliers jerseys. This Cavs contract was for one year with a second-year player option. That structure allowed him not only to evaluate the team’s direction, but to cash in during the looming mega-cap big bang.

3. His particular importance to Akron, Ohio, and therefore, by the transitive property of homegrown messiahs, to the city of Cleveland and its famously tortured sports history. James taking the Cavs to a title would exorcise decades of bad luck and bad karma, including the depressing post-“Decision” interregnum of his own design, and result in a statewide emotional explosion of such force that it would be felt by Jedis in faraway galaxies. Statues would be built. Songs would be sung. Children would be named.

4. His relationship with his agent and longtime friend, Rich Paul, of Klutch Sports Group. Paul also represents Cavs restricted free agent/LeBron’s personal rebounder Tristan Thompson. Plenty of stars have influenced personnel decisions for their teams. LeBron may be the first superstar to coordinate his own free agency, in part, to get a contract for a role player teammate.

5. Dan Gilbert’s epic thirst for a title and font redemption. Just reading the words “Comic Sans” unleashes a flood of memories, most of them a variation of “Whoaaaa, dude, chill out.” Gilbert’s post-“Decision” harangue was pure red meat for the masses. But the letter looked only worse as time went on. It’s something the Cavs clearly realized, as they finally banished the clown-fonted and bilious screed from their website mere days before James would rejoin the team. A really terrible hair metal band once sang, “You don’t know what ya got till it’s gone.” That makes it no less true. Gilbert realizes what he has in LeBron, just as he knows that expecting James to stay based solely on “there’s no way he could leave” is a mug’s game. That torrent of curdled post-“Decision” recollections would disappear overnight if the Cavs win the title. As such, Gilbert is putting his money where his font is, to the tune of … well, we don’t quite know yet, but large. Like, maybe approaching a quarter-billion dollars in pure salary before the tax even kicks in.

Stars get all the blame in the public discourse. The failures are theirs. The smaller details — the play calls, who was in the game, who was hurt — fade away. All that’s remembered is “this guy won no titles.” LeBron understands that it’s his name on the marquee, no matter what anyone else does, and so he’s molding the team the way he wants.

LeBron left Cleveland in the first place because, as bad as the fallout from “The Decision” was, the potential impact of joining the dreaded Greatest to Never Win a Title club would’ve been way worse. Did LeBron want to keep selling shoes with his name on them into middle age, or did he want his post-career branding prospects to be limited to self-deprecating Foot Locker commercials?

For players, it’s a no-win situation. Owners get to treat their teams as a business while invoking “loyalty” and “family” to cajole fans into agreeing that players should take less money. Meanwhile, no one will ever heat up a stove and put on a pot of “Dan Gilbert never hit shots in the fourth quarter.” Don’t get me wrong: Taking less is a virtue. But it’s a virtue that’s reasonable only in places like San Antonio, where the front office and coaching staff are clearly as good, if not better, at the things they do as the players are at playing the games. Very few teams can make that boast.

Most players look to get paid first; then, as the peak years start to wane and a whiff of desperation sets in, they cast around for that elusive title. LeBron short-circuited that trajectory, understanding that a player of his stature, who came into the league as the anointed next great one, couldn’t afford to wait to fill his jewelry box. If James didn’t get a ring, some voices surely would whisper that such-and-such owner never spent enough, or so-and-so GM never got him help, or that one coach never used him correctly. Those are — and forgive the mixed sports metaphor — inside baseball arguments, though. Most people would just say “LeBron choked.” His legacy would be eternal crying Michael Jordan heads.

Look at Wilt Chamberlain. He averaged 50 points per game for an entire season. He scored a legendary and perfectly rounded 100 points in a single game (shouts to my New York Knickerbockers). He caused the league to change the shape of the lane. It seems like an unimpeachable résumé. And, yet, what’s the knock on the iconic titan? If he’s so great, why did he win only two titles? Well, Wilt might’ve won three if Lakers coach Butch van Breda Kolff hadn’t kept him on the bench with two minutes left in Game 7 of the 1969 Finals. With the Celtics leading by only one point and Wilt begging to get back in the game, Breda Kolff reportedly told him, “We don’t need you.”

That’s what I thought of when the story broke about LeBron vetoing (rookie NBA coach) David Blatt’s Finals play calls. Should James have been more diplomatic in dealing with Blatt? Maybe. But losses in big spots indelibly color the way we think of superstars. Blatt would get some flak, sure, but he’d essentially be a footnote in the story of James’s failure.

LeBron is using the leverage created by his free agency to get the moves he wants made. It’s up to Cavs GM David Griffin to figure out how to fit the Tetris pieces, and up to Gilbert to supply the cash. “It’s never been in LeBron’s M.O. to demand, like, ‘Trade this guy, trade that guy, fire this guy, fire that guy,’” Brian Windhorst recently said on Zach Lowe’s podcast. “That’s not who he is. But if he plays his passive-aggressive game with his free agency, which is just his way of exerting power, I can’t predict what will happen.”

And, frankly, LeBron has been immensely successful at getting guys paid (and getting at least one dude fired) just by sitting back in free agency, waiting for his team to figure out how to make him happy. Shouts to Shabazz Napier being drafted by the Heat, Iman Shumpert’s new four-year, $40 million contract, Mike Miller’s continuing role as LeBron’s emotional weed carrier, and, one imagines, Thompson’s outsize contract.

And, so, LeBron waits. Until, one way or another, he gets what he wants.

Praise the Lloyd: Carli and Team USA Put on a Show in Vancouver