How Good Can Green Bay Be If It Can’t Stop the Run? 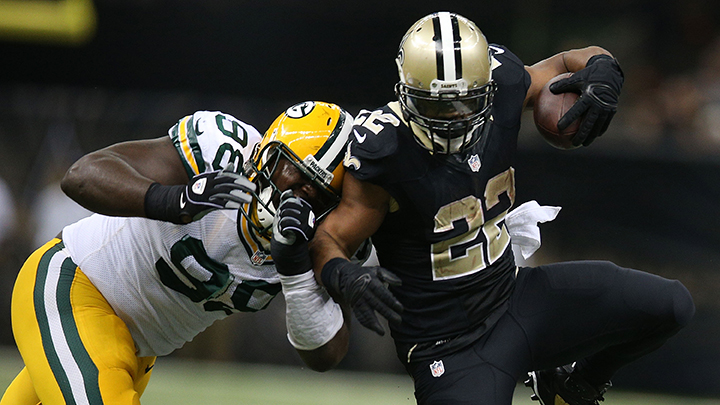 Sleight of hand fooled the Packers early in last Sunday night’s game, when rookie receiver Brandin Cooks ran a jet sweep for a short touchdown on the Saints’ opening drive. No trickery was needed late, though. Green Bay knew exactly what was coming and still couldn’t stop it. With about five minutes left and New Orleans trying to eat up time to preserve a 14-point lead, Saints running back Mark Ingram carried the ball on five consecutive plays, capping the drive with a 21-yard touchdown.

Ingram finished with a career-high 172 rushing yards, often behind three tight ends or a fullback, and the Packers were left asking more questions about their run defense. There might be a problem when the high-flying Saints decide to run the ball one less time than Drew Brees passes it.

The Packers are the only NFL team this season to allow at least 100 rushing yards in each game, giving up a league-worst 153.5 yards per contest. The Saints, Bears, and Lions each have reached their season highs in rushing yards against the Packers. Seattle’s Marshawn Lynch ran with the power of the rainbow while the Packers tackled as if distracted by a double rainbow.

With 1,228 rushing yards allowed in eight games, Green Bay is on pace for the franchise’s worst mark since 1983. If it played Dallas this season, I’m pretty confident that DeMarco Murray would break the 2,000-yard barrier — in that game. Yet the Packers are somehow 5-3 (hint: It’s Aaron Rodgers) and firmly in the playoff race, only one game behind the Lions for the NFC North lead.

It might be tempting to think that run defense doesn’t really matter anymore, that what’s important is how well a team can limit passing attacks. But the Packers are going to have to prove it. Only one team in NFL history has made the playoffs after allowing at least 2,500 rushing yards, a mark Green Bay is a hairbreadth away from joining at its current pace. Unsurprisingly, that team was able to compensate with an all-time great quarterback: Despite an abysmal run defense, the 2006 Colts finished 12-4 behind a Peyton Manning–led offense, ultimately finishing with Manning’s only Super Bowl victory. 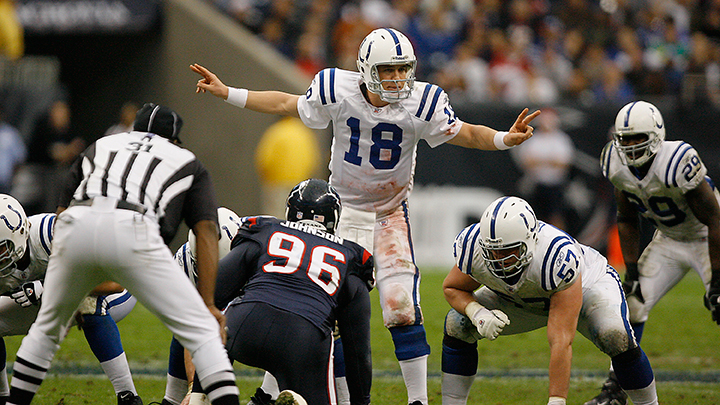 For that reason alone, Rodgers actually might be Green Bay’s most important run defender. When he is consistently leading the offense on touchdown drives, opponents must eventually abandon the running game in an effort to quickly close the deficit. If the game is close, opponents have a huge incentive to call clock-draining runs and limit Rodgers’s number of drives.

The actual defense certainly still has to do its share. The biggest problem for Green Bay has been bringing down ball carriers in a timely fashion, and after the Saints game, coach Mike McCarthy was succinct: “We need to tackle the damn ball carrier and put him on the ground.”

Part of the dilemma is that the Packers have allocated their finances on defense with the intent of slowing quarterbacks. The defense’s four highest-paid players are cornerbacks Sam Shields and Tramon Williams and outside linebackers Clay Matthews and Julius Peppers, who operate like traditional pass-rushing defensive ends. Because general manager Ted Thompson rarely signs free agents, it’s notable that the Packers grabbed Peppers from the division rival Bears this offseason on a three-year, $26 million contract, a hefty payday for a 34-year-old. There’s no doubt Peppers was signed because of the 119 career sacks he compiled before this season, not because of his run defense … or his pass catching.

There are better ways than that to impersonate J.J. Watt, like dominating against both the pass and the run. That’s been difficult to accomplish, though, with Green Bay in formation limbo. The Packers opened the season in a 4-3 after years in a 3-4, but the experiment didn’t last long, partly because forcing Matthews to drop back in coverage was wasting the pass-rusher’s potential.1

There have also been significant changes in personnel. Ryan Pickett, Johnny Jolly, and B.J. Raji were last year’s starters on the defensive line, but none is on this year’s active roster.2 Green Bay decided not to re-sign Jolly and Pickett, two aging veterans, but the loss of Raji was unexpected. Hopes were high for Raji to regain his early-career form at nose tackle after his skill set (i.e., occupying blockers) was wasted at defensive end the past three seasons. Then he tore his right biceps in the third preseason game and was placed on injured reserve.

Although Green Bay is ostensibly back to running a 3-4, it’s actually largely morphed into a 2-4-5 to help combat the league’s spread offenses. Finding two capable defensive linemen — at this point, the distinction between tackles and ends is murky — to line up inside doesn’t seem that tricky, but the Packers have been hurt by some recent draft misses. Last year’s first-round pick, Datone Jones, has played less than 30 percent of the available snaps in his career, and Jerel Worthy, a second-round pick in 2012, was traded during training camp.

Mike Daniels has been a pleasant surprise in run support and Letroy Guion, who spent five anonymous seasons with the Vikings, is making contributions, but neither is a penetrating defensive tackle like those seen elsewhere in the NFC North. Without its own Ndamukong Suh or Sharrif Floyd, Green Bay is forced to rely on its inside linebackers to stop ball carriers.

And that hasn’t gone so well. You know that Thanksgiving dish your family makes every year (probably the cranberry sauce, but maybe some vague vegetable) out of tradition even though nobody actually eats it? That’s A.J. Hawk starting for the Packers. The former top-five pick is consistently on the field (he has missed only two games in his eight-plus-year career), but he makes few big plays and isn’t even a solid London Fletcher type in run support. It’s been a revolving door alongside Hawk — after Brad Jones played poorly in the opener, Jamari Lattimore lasted for three weeks before being replaced by Sam Barrington — and the Packers are starting to use first-round rookie safety Ha Ha Clinton-Dix as an extra defender in the box.

The Packers can’t be afraid to try anything at this point. After this week’s bye, they will immediately be put to the test with home games against Matt Forte and LeSean McCoy. With their potent offense, slowing down those talented backs isn’t the only path to victory — and, ultimately, a playoff berth — but the frozen tundra isn’t meant to be so accommodating.

The Brady-Manning Main Event: A Comprehensive Breakdown of a Season's Worth of Showdowns