How Does Someone Bet on the NFL Preseason? Glad You Asked 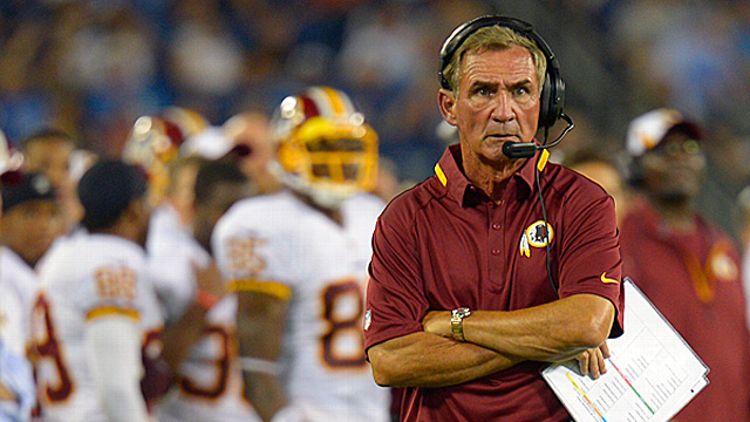 The average bettor, though, is not overly interested in exhibition games. Sportsbooks report up to 20 times the action on an average NFL regular season game compared to an average preseason game. Obviously entertainment comes before profit for the average bettor. The trend line, however, points strongly upward: MGM’s Jay Rood tells me his preseason betting handle has doubled compared to five years ago.

How do wise guys beat the preseason? By getting the information that matters first. Often sportsbooks cannot wait to know for sure what the exact quarterback rotation will be or how long the starters will be playing before posting odds on a game. If such key factors turn out differently than expected, point spreads can move a full touchdown or more at lightning speeds.

Who gets this key information first? Occasionally the market will move before the information is publicly available, but instances of “inside info” like this are the exception. More often, the moves are driven by bettors who are first to act upon publicly available information. There’s no magic formula to being first other than hard work: following team beat writers, reading the local newspapers, and watching Internet streams of coach’s press conferences. The professionals who act first bang the books for limit bets till the adjusted spread no longer offers value. More often than not, the sportsbooks simply do not have the resources to get the information first. No wonder they are scared.

What’s left for the bettor with a regular job who can’t grind 20 hours a day on Twitter? Start by keeping in mind that preseason handicapping is often unrelated to how good the team is projected to be in the regular season. Resist, for example, thinking there’s automatically value on a superior team like the Patriots over the Lions. Week 3 of the preseason is most similar to a regular-season game, but still a far different handicap than the games that count.

Coaching history is a good place to start with exhibition games. Some coaches simply care more about winning in the preseason than others. Mike Shanahan, during almost 20 preseasons, has covered the spread in 57 percent of preseason games. Pete Carroll has only 31 preseason games under his belt, but has covered almost 70 percent of the time.

The motivation level for many coaches is not consistent week to week. Pro bettor Steve Fezzik likes backing teams inspired by an embarrassing loss the prior week. Along the same thinking, handicapper Scott Spreitzer notes the last 150 preseason underdogs off a straight-up loss have covered at a 62 percent rate when playing favorites coming off a straight-up win.

Pro bettor Krackman likes to bet against teams with a key injury. Typically, the betting market overreacts to injuries; but in the preseason, the coach will likely be protective of the backup, meaning the team will be down to the third-stringer (and beyond) for a troubling portion of the game. Pro bettor Bryon Leonard attributes increased preseason scoring to the new collective bargaining agreement: less contact during practice resulting in poorer tackling.

The biggest syndicates — organizations of professionals betting monster sums — are left out of the preseason party. With even the most aggressive sportsbooks allowing “only” $10,000 bets, syndicates cannot bet enough to turn a profit once their significant overhead costs are accounted for. Bookmaker Mike Colbert notes that the subjective assessments required when handicapping the preseason are unappealing to syndicates, with their strong reliance on computer modeling. Computer models are most predictive when as many factors as possible are certain, including who is playing for how long and at what effort level.

As a final example of the depth of detail that grinders focus on in the preseason, consider that more than one stressed the importance of shopping for +1 when the game spread is around pick ’em. Few games during the regular season end with a one-point victory, so +1 is not typically a valuable spread number (three is the most valuable number in pro football; a team favored by about three points wins by exactly three points nearly 10 percent of the time — more than four times more often than a team favored by about one wins by exactly one point). However, preseason teams will often go for two late rather than kicking the extra point to force overtime, making the spread of +1 extremely valuable in preseason games.

Some readers are probably thinking that the bettors take exhibition games more seriously than the coaches. That might be so — and perhaps the coaches are making a mistake. Entering this season, only five active coaches (i.e., coaches with a job) had career preseason records below .500 against the spread. Maybe Vegas is right: Winning always matters, even in the preseason.

The All-22 All-Stars: Michael Roos, the Rock in Tennessee