How Basketball-Reference Got Every Box Score 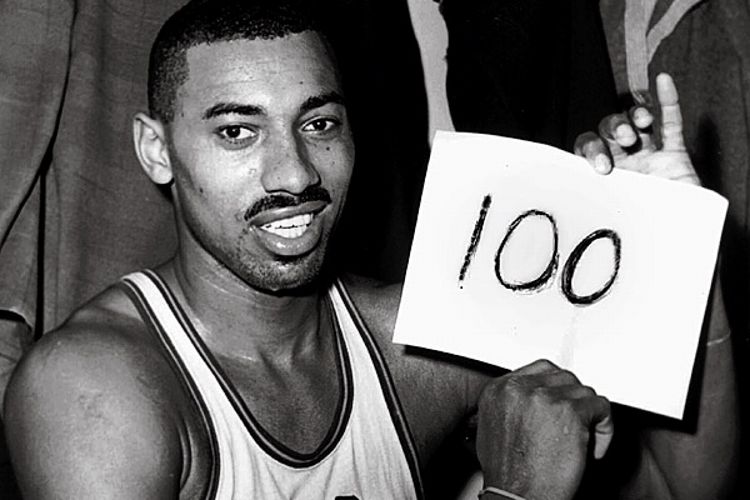 Last week, Justin Kubatko made an announcement that, on the first reading, didn’t make much sense. Kubatko, of Basketball-Reference.com, wrote that the site now had the box scores for every game in NBA history — from Wilt’s 100-point game, to when Havlicek stole the ball, to everything in between. Visitors to the site could search for every game from 1946-47 to the present day through its database.

The question that beckoned was: “How?”

“A few years ago, someone had pointed us in the direction of this guy named Dick Pfander, who lives in Michigan,” Kubatko said. “They said, ‘You’ve got to get in touch with him. He’s undertaking a personal project going through old microfilm and making scans of every box score in NBA history.’ Of course, we were intrigued by that.”

Dick Pfander is a 77-year-old Department of Defense retiree who splits his time between Michigan and a doublewide near Winter Haven, Florida. He started collecting box scores while in grammar school in the late 1940s, he says. After a friend’s father finished with his copies of the Sunday New York Times, he would pass along the sports section to Pfander. “I read the articles,” Pfander said. “But what I really liked, were the box scores.” The hobby continued into high school. When a teammate learned of Pfander’s interest in statistics, he asked his grandmother, who lived in Minneapolis, to start sending box scores from the local papers. The Minneapolis Lakers were the dominant team of the time, and with her help, Pfander began extending his collection past the local papers and large national outlets.

While in college, Pfander started visiting the campus library at Western Michigan and searching through the various newspapers on file. Most papers in the early to mid 1950s had coverage limited to local teams, but some — the Baltimore Sun and a Milwaukee newspaper, mostly — covered the entire league. By the late 1950s, Pfander says, the Times and Sporting News had enough national coverage to make things a bit easier. Eventually, the search moved to microfilm. Back then, prints of microfilm were available for about a nickel. Each box score was about half the size of a playing card, and once clipped, would be glued to 8.5- by 11-inch sheets in chronological order. An entire season could fit on about 18 or 20 sheets.

The challenge was finding the games from pro basketball’s early years, when teams like the Knicks were still members of the Basketball Association of America. For the games played from 1946 to 1948, local papers were the sole source for accounts, and starting in the 1960s, Pfander would occasionally use vacations with his wife as a chance to visit local libraries. He searched through microfilm in Pittsburgh, Philadelphia, Cleveland and Toronto, and found scores in each that he hadn’t found in Michigan. He even managed to convince the library in Providence to loan his local library reels of their film.

Throughout the ’60s and ’70s, Pfander says he would spend about 10 to 15 hours a week going back through and touching up the collection. Most of the work was done late into the night. It wasn’t until the early 1980s, when Pfander retired, that he decided to make a concerted effort to track down each of the ones he was already missing. The search went on for a few more years until, eventually, just one box score remained — a game during the first season of the BAA between the St. Louis Bombers and Detroit Falcons. Traveling with his wife on business to Lansing, Pfander used a bit of free time to make his way to a state library. He can’t remember the paper, but while cranking the dial of the microfilm viewer, he scrolled just past what he knew was a box score. Like that, almost half a century’s worth of work was done. To date, his collection includes nearly 54,000 games including the regular season and playoffs.

As the technology became available, the sheets of paper were scanned onto computers, and for a long time, that’s where they sat. Then, about four years ago, Pfander and Kubatko got in touch.

“We had a nice synergy there,” Kubatko. “He had done such a great job in compiling them, but he really didn’t the expertise to get it out to a large audience. It was really a perfect storm.”

Filed Under: Robert Mays, Things On the Internet, Things We Made Robert Mays Write