#HotSportsTakes: There’s No True Love in the LeBron Era 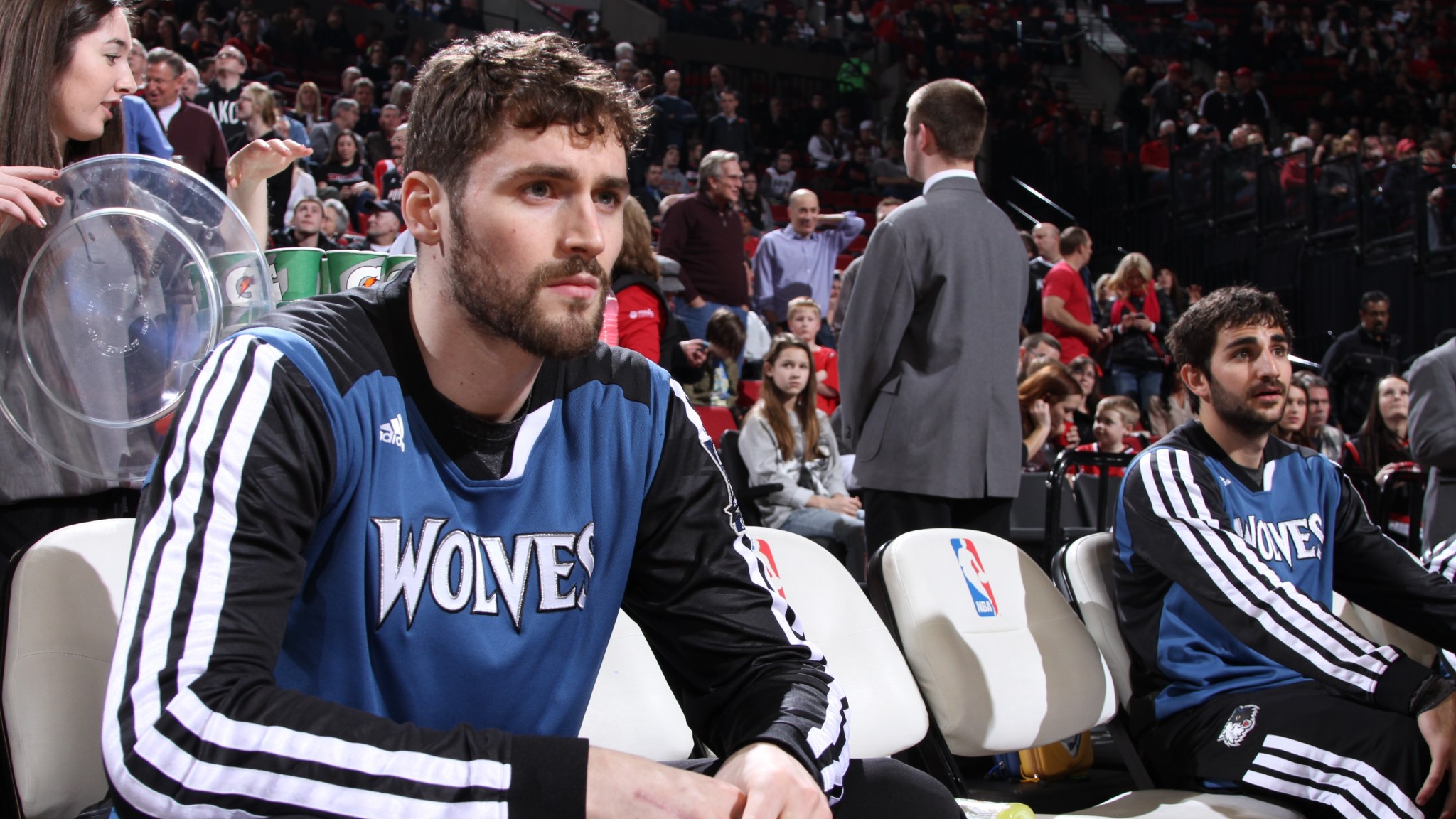 Every now and then, we will attempt to write the worst sports column on earth. Today: Let’s talk about the league that ruined Love.

Not all love stories have a happy ending.

We should have seen it coming. Every year he’s been in the NBA, Love has had a different excuse. First it was Al Jefferson who was holding him back. Then it was coach Kevin McHale. Then it was GM David Kahn. Then the team fired Kahn, went out and spent a bunch of money. Now it’s Ricky Rubio and a Wolves team that just isn’t good enough.

He’s the boy who cried T-Wolf.

Just ask Rubio. This week the little guy gave an interview in Spanish, and it was translated for the rest of us. “He is a special player, his numbers are incredible,” Rubio said of Love. “But maybe our leader must be other. He is our leader in points and other things, but in voice he is not the player he can be or wants to be. There are different types of leaders. Perhaps he shouldn’t have been our leader.”

Doesn’t matter what language you speak.

Now Love wants a trade, or he’ll leave in free agency next summer and leave the Timberwolves with nothing. The Celtics, Warriors, and Bulls are reportedly interested, along with the Lakers, New York, and half the other teams around the league.

The Lovefest is just getting started. Love don’t come easy, and Love don’t come for free. Love is a battlefield for the next month, and all’s fair in the war for Love. You won’t be able to escape it, folks.

Love actually is all around us.

Sports editors all over the country are ready to crank up the Zeppelin.

But whatever you do, don’t blame Kevin for this. He didn’t start the music here, he’s just dancing along with everyone else.

Before all this drama, he was a stand-up guy coming out of college. A kid who played the right way, said the right things, loved to set his feet and give you a free lesson in the lost art of the outlet pass. The sort of guy who made you proud to be a sports fan.

Then he joined the NBA.

That’s when he learned how this league does business in the 21st century. It’s not about the fans anymore, it’s all about the brands.

This started with LeBron James. The “King” set the standard for superstars today. When the going gets tough, who cares about your hometown and a whole city of kids that bought your jersey? Go to a better team, win with someone else’s teammates, and the whole country will buy your jersey.

That’s what happens when brands take over. Everything’s a marketing opportunity. When your team starts losing? It’s time to get moving.

Call me old-fashioned, but it makes me miss the days when guys like Jordan played. When guys committed to a team and actually meant it. They didn’t run to a contender, they didn’t make excuses, they just planted the seed of excellence and watched it grow. But it’s a different generation now.

After all this talk about Love this week, I can’t stop thinking about this new HBO show Girls I saw recently. If you haven’t seen it, it all centers on a girl named Hannah Horvath. She calls herself an aspiring writer.

That’s great, I thought during the first episode. The world needs more people out there asking the right questions.

She’s not staying up deep into the night learning the craft, studying the legends, wondering what it takes to be great.

She’s caught up in a bunch of drama every episode.

It’s never a superstar’s fault. When things go bad, it’s time for the superstars to move on, because clearly they can’t be the problem. It’s a league of Hannah Horvaths now. The men play in San Antonio, and everywhere else we get a bunch of spoiled little girls.

Even Kevin Love is getting swallowed up by the new culture in basketball. That should tell you a lot about this league.

Love was one of the good guys; he wanted to be loyal, he wanted to bring a winner to the people of Minnesota. But the LeBron League changes people. The LeBron League forces everyone to play along. If you can’t compete with the superteams, you end up looking super-lame. Just ask Carmelo. Ask Chris Paul. Ask Dwight.

Or, better yet, ask all the cities they ditched when they went off to go chase championships with a bunch of hired guns.

I thought Kevin Love was different than all of them, the guys who couldn’t take responsibility for their own failures in life.

I thought Kevin Love was better than all that.

But now, I guess I see what LeBron’s legacy really is.

Yeah, he can win a bunch of championships. He can film a bunch of commercials, he can go everywhere with a police escort, he can even get his own “app” to dominate Generation Hashtag a little more. But when it’s time to remember him one day, I’ll think about how he changed a guy like Kevin Love. How he took a good, hardworking guy and made him as selfish as everyone else. That’s what the LeBron League does to people.

Now we’re getting ready to usher in a whole new class of superstars into the NBA. Jabari Parker! Andrew Wiggins! Joel Embiid! A whole new class that’ll be demanding a trade in five years.

Get excited if you want. The NBA lottery starts tonight at eight.

But from where I’m sitting, this league’s already bankrupt.