#HotSportsTakes: It’s Heart vs. Hype, and Colt McCoy Is Winning

Every now and then, we will attempt to write the worst sports column on earth. Today: Let’s talk about a born winner.

He got another chance to live his dream Monday. He got a chance to do it right there in his home state. But there was no burnt orange this time. Just a whole lot of burgundy.

Did you see the game last night? Colt went back to where it started and turned America’s Team into Texas Toast. 25-30, 299 yards, a touchdown, and a W. Not a bad homecoming party.

“I grew up as the game went on,” he said afterward. “I started seeing the defense right, and we made some plays down the stretch that good teams have to make to win games.”

Did someone say there’s a quarterback controversy in D.C.?

I see two quarterbacks, but I don’t see much controversy.

Just look at the reality of the situation. D.C.’s a political town, but unlike Congress, the NFL’s a results-oriented business.

For two years now, the Redskins offense has been sputtering away with RG3 in charge. You can game the numbers however you want, but they haven’t been winning games. Commercials don’t count on the scoreboard in this league. It’s what you do, not what you say. Close only counts in horseshoes, and hype only matters in the offseason.

Frankly, the people of D.C. deal with enough broken promises during the week. They deserve better on Sundays.

What Colt McCoy’s doing on Sundays (and Mondays) is making plays down the stretch to win games. In the past two weeks, he’s been as good as anyone in football. And the Redskins are 2-0.

The defining sequence Monday night came in the fourth quarter. The Cowboys had just tied it up, and Colt McCoy walked his team down the field to respond. Down in the red zone, the pressure was on to make a play.

The Redskins called a quarterback draw.

So the Redskins quarterback put his head down, sprinted through the line, and dove for the finish line. He went airborne, he took a hit. It didn’t matter. Touchdown. Put six on the board.

In the end zone, you could hear his teammate Roy Helu telling anyone who would listen, “That’s heart! That’s heart!”

It sure wasn’t hype. It was a telling moment, to me. This quarterback doesn’t have the biggest arm, but he’ll get the ball through the window when it counts. He doesn’t run like a track star, but he’ll get you that first down when it’s time. He doesn’t have a bunch of endorsements, he’s not a millionaire. But he’s got the respect of his teammates.

As the old saying goes, they make everything bigger in Texas.

You hear announcers talk about the “It” factor, and it’s a horrible cliché, but you can’t deny that Colt McCoy has it. Colt McCoy is it. He waited his turn until someone said “Next man up!” and now he’s proving he belongs in that huddle full-time.

It’s a beautiful thing. It’s even more impressive when you look at his peers Monday night. RG3’s the runner who will wow you in workouts and then pull up lame when it’s time to race. Tony Romo is the hundred-million-dollar man who’s always a dollar short in crunch time. Colt? He’s just the winner.

He’s the kid who just grew up wanting to play quarterback. No hype, just heart. No frills, just thrills. 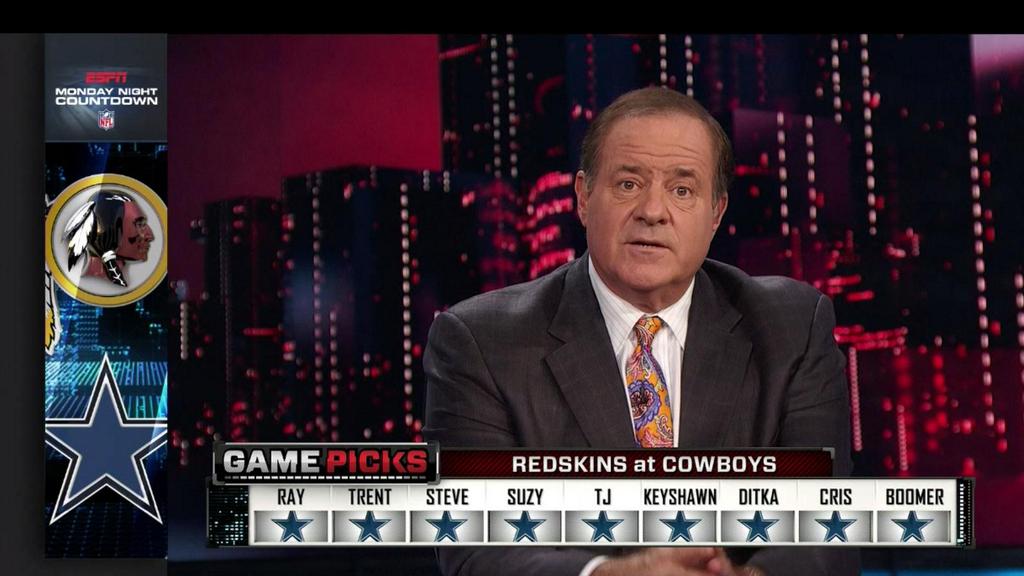 Washington wasn’t supposed to have a chance in this game. The experts said D.C. didn’t have the horses.

It turns out, all they needed was a Colt.

Dallas tried to lasso him early on, but this Colt kept going till he hit the winner’s circle. He’s not a thoroughbred, but this Colt’s got no quit in him. The critics said “neigh,” but today they can all eat hay. This Colt proved he can run with the Philly’s of the world. Robert Griffin III may be the mayor, but this Colt’s a stud.

The Cowboys learned a hard lesson Monday. When you play Colt and these Redskins, there’s no horsing around.

Nobody’s saying we send RG3 to the glue factory just yet, but maybe glue him to the bench for the rest of the year.

Let Colt take this team for a ride.