#HotSportsTakes: In a World of Wrong, the Hall Always Gets It Right 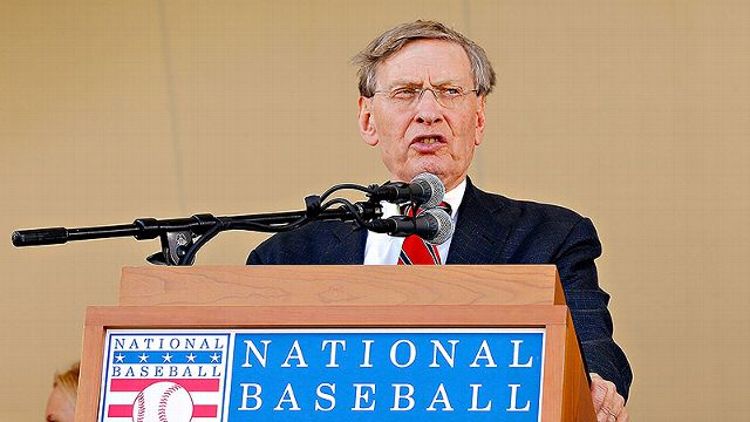 Every now and then, we will attempt to write the worst sports column on earth. Today: Let’s talk about Cooperstown, and everything that makes it so remarkable.

COOPERSTOWN, NEW YORK — There’s a special kind of poetry to the game of baseball. A rhythm. It’s slower than many other sports, and that’s the point.

Baseball lulls us to sleep, and takes us to a dream. A place where unwritten rules still matter, and we don’t stop the game every 20 minutes to watch the latest end zone dance. Celebrate too much on a baseball field, and you can expect some chin music a few innings later. What’s more poetic than that?

It’s the poetry that was on my mind Wednesday, when the Baseball Hall of Fame announced this year’s inductees. Not everyone understands poetry, you know. Not everyone can appreciate what makes it special.

Especially in this hip-hop era, not everything that rhymes can stand up to time.

That’s why we leave it to the Baseball Writers’ Association of America to be our critics every year. When it’s time to decide which players get to live forever, we trust the experts.

This year there was a big uproar because some hotshot radio windbag from South Florida wanted more Twitter followers and decided to give his Hall of Fame vote to a blog site. A lot of folks were upset, a lot of folks felt betrayed. Me? I loved it.

Wednesday was a great day for the game of baseball.

After all the controversy about outsiders shaking up the baseball establishment, it turns out all those renegades in their parents’ basements didn’t make a difference. The results speak for themselves.

Biggio? Too much baggage.

Edgar Martinez? We like you Ed, but we’d rather play the field.

McGwire and Sosa? As “cool” as it is to say we should all just look the other way and vote them in, warts and all, the Hall still knows better. Because warts fester. Warts spread.

You don’t want a Hall of Fame full of warts.

Look, this doesn’t have to be complicated. You can remember the stars of the steroid era forever, but there’s no place for them next to the greatest players to ever play the game. They did this to themselves. They made their choice a long time ago. Does the United States give the Medal of Honor to troops who shoot themselves in the foot?

These guys had a responsibility to the game and to the fans to set an example we could all believe in. That’s what sports are all about. We bought in, and a generation of con men breached the contract. Should baseball make ’em pay, or just keep on getting swindled?

The Hall answers that question loud and clear every year.

The Hall won’t compromise its principles, even if everybody else in the world already has.

It reminds me of a film I’ve always loved, Trouble With the Curve. In the movie, there’s an old baseball scout for the Atlanta Braves named Gus Lobel (Clint Eastwood), and everyone thinks he’s done. The times have passed him by, and it’s time for the Braves to hand over control to some twerp with a calculator (Matthew Lillard).

But when Gus heads out on the road to scout the Braves’ top pick in that year’s draft, he doesn’t like what he sees. Or what he hears. The numbers say this phenom’s a Hall of Famer in the making, but Gus doesn’t hear the ball crack when it comes off his bat.

The kid has all the stats in the world, but he doesn’t have the sound.

The poetry’s off a beat.

When Gus tries to convince the Braves that this kid’s a mistake, they tell him he’s going blind, he’s too old, and that the advanced stats speak for themselves. They tell him to go see the daughter he’s been ignoring for the last 30 years. Well, guess what?

When the Braves draft the big-fish prospect out of his little pond and drop him into the ocean of Turner Field, the hotshot can’t hit a curveball. In the end, they never should have doubted Gus Lobel.

It’s a subtle metaphor for what so many of us baseball purists struggle against every year. We also find out that Gus killed a man for molesting his daughter, and that’s why he’s been ignoring her for the past few decades. It was for her own good. He does what it takes, he makes the sacrifice. As that old warhorse Nolan Ryan once said, “One of the beautiful things about baseball is that every once in a while you come into a situation where you want to, and where you have to, reach down and prove something.”

But sometimes you have to reach down and prove something.

That’s what baseball writers do every year when they ignore the noise and vote their conscience. Vote other people’s conscience, too. Because that’s the responsibility.

In a funny way, all this week did was remind us why baseball writers and the Hall of Fame are both so important next to everything else in sports today.

We live in a world full of wrong, where people will sell out their integrity for a little extra attention, a little more fame. It happens every day. This week was the most extreme example yet of the me-firsters selling out and trying to lower the bar for everyone, but then at the same time, it was a reminder how little those people matter. A bunch of Internet creeps tried to throw baseball a curveball, sure.

But baseball writers didn’t have much trouble with it.