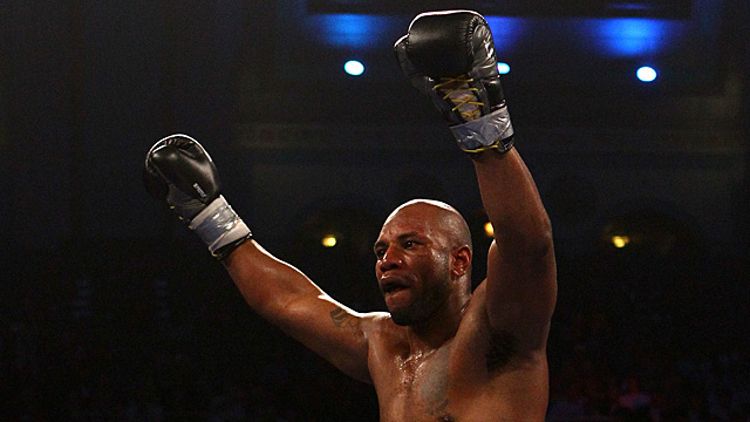 Our century-long search for the Great White Hope is over. We found him. Two of him, in fact. And we can’t wait to be rid of him.

The pronouns in play here could probably use some clarification. The “our” of the first sentence refers to a racially charged segment of America. The “we” of the second sentence is the sport of boxing and its fans. The “hims” are Wladimir and Vitali Klitschko, the fair-skinned Ukrainian brothers who, together, have ruled the heavyweight division since Lennox Lewis retired in 2004. And the “we” of the final sentence refers to the millions of fight fans who find no pleasure in watching the Klitschkos ply their trade.

Just last weekend, Wladimir took part in the most entertaining fight either Klitschko has had since 2005. He hammered chin–tastic Mariusz Wach for the entirety of 12 rounds, got wobbled momentarily in the fifth to create a rare moment of drama in a Klitschko fight, and spent the eighth round emptying every chamber in pursuit of a knockout. It wasn’t a great fight, but it held your interest for 47 minutes. That alone made it an anomaly in the Klitschko age of heavyweight championship boxing.

There’s an oft trotted-out cliché that claims, “As the heavyweight division goes, so goes boxing.” It isn’t really true. When the heavyweight division dips, the spotlight simply shines brighter on non-heavyweight stars, as it did in the 1980s on Sugar Ray Leonard, Roberto Duran, Marvin Hagler, and Tommy Hearns, and as it has in the 2000s on Oscar De La Hoya, Floyd Mayweather, and Manny Pacquiao. Even with the heavyweight division at arguably an all-time low right now, the sport is in reasonable condition for the condition it’s in. Boxing doesn’t get much mainstream media play, but the turnstiles keep spinning and the pay-per-view numbers keep exceeding expectations and the fighters’ names keep trending on Twitter, so apparently someone’s watching.

Still, all boxing fans can agree: Life would be more enjoyable if heavyweight boxing was entertaining again. Wouldn’t it be fun to gather around the TV set with your friends and watch a heavyweight brawl that conjured up memories of the Riddick Bowe–Evander Holyfield trilogy, or spot an up-and-comer who stirs a fraction of the sensation you felt when Mike Tyson first caught your eye?

If that’s how you feel, then here’s some good news: It’s coming. In fact, it’s already happening. A heavyweight revival, at least a small-scale edition, is underway. There is hope. It’s just not of the “great white” variety. It’s arriving in various forms and colors, and none of the individuals involved are necessarily capable of beating a Klitschko. But heavyweight excitement is making a comeback.

Two fighters in particular stand out. Seth Mitchell, the Great American Hope, and David Price, the Great British Hope (it’s more about nationality than skin color in a Klitschko-ruled world), are the guys with ceilings worth daydreaming about.

Mitchell fights Saturday night in Atlantic City. He’s the heavyweight about whom Louis C.K. was raving on the B.S. Report back in June (though C.K. couldn’t think of Mitchell’s name). At the time, Mitchell was fresh off his second HBO appearance, and both were successes. He blew out Timur Ibragimov last December, and then in April Mitchell suffered the indignity of getting badly rocked in the opening round by a guy named Chazz, only to show huge stones and pass a crucial mental and physical test via third-round knockout. That, in particular, was the performance Louis C.K. — and everyone else watching that night — latched onto.

Mitchell is in some ways the modern-day American heavyweight prospect prototype. He was a promising middle linebacker at Michigan State whose NFL dreams were derailed by knee injuries. In 2006, he discovered boxing. He went 9-1 with nine knockouts as an amateur and turned pro in ’08 at age 25. He came to the sport late, but he has athleticism, natural ability, and as we learned against Chazz Witherspoon, guts.

He also has the right attitude. In an interview this week with ESPN.com’s Brian Campbell, Mitchell spoke like a man who fully grasps why he’s being positioned as a solution to the Klitschkos: “I understand that this is a business and it’s entertainment. I’m in the position that I’m in because of what I have been doing. I’m an exciting heavyweight fighter. I put my punches together well. I have speed and I have power. I think that excites the people, and that’s why my style resonates and that’s why I am back on this stage. I don’t want to leave this stage, so I definitely want to continue to impress.”

He has every opportunity to do that this Saturday against former cruiserweight contender Johnathon Banks, who is most definitely not a Klitschko, but who does train a Klitschko. Banks has taken over for the late Emanuel Steward in Wladimir’s corner. Mitchell vs. Banks is not a particularly competitive piece of matchmaking, unless the first round of the Witherspoon fight was truly indicative of Mitchell’s shortcomings and he’s all hype. More likely, Mitchell will win easily and create an intriguing “I beat your trainer, now I’m coming for you” plotline for an eventual fight with Wladimir. According to Mitchell’s stated timetable, we’re looking at late 2013 for that ultimate test.

For those eagerly awaiting the post-Klitschko era, the unfortunate truth is that, even with another year of development, it’s nearly impossible to envision Mitchell beating either Klitschko.

But for Price, the Great British Hope, it doesn’t seem as far-fetched.

Price’s boxing background is more traditional, with a lengthy amateur career and an Olympic bronze medal. Also, the 6-foot-8 Price seems to match up better with Wladimir or Vitali than the 6-foot-2 Mitchell. And he does match up better with them, but it’s not because of size. It’s because of skill. Price, as best we can tell 14 fights into his pro career, can really fight. Twelve of his 14 contests have ended early, including six in the opening round, thanks mostly to the best right hand we’ve seen since Lewis retired.

Price isn’t young. He’s 29, just one year younger than latecomer Mitchell. But he’s seven years younger than Wlad Klitschko and a dozen years younger than Vitali. Heavyweights tend to peak later and last longer than smaller boxers. In other words, Price is in perfect position to take his time and develop as a fighter, and if there’s anyone who seems capable of beating a Klitschko in 2014, it’s the behemoth from Liverpool.

I insisted several paragraphs ago that heavyweight excitement is already making a comeback, which means this is not all about the future. In the present, the heavyweight division is loaded with action fighters — most of them a good bit smaller than the Klitschkos, and therefore more mobile and fluid. It has been my opinion in recent years that if we removed the Klitschkos from the equation, we’d be sacrificing a couple of all-time greats in favor of thrilling parity atop the division. With the Klitschkos still in the equation, that parity exists one level below the top of the division. David Haye, Alexander Povetkin, Tomasz Adamek, and Chris Arreola are all action-oriented veterans. All but Povetkin have tried and failed miserably to dethrone a Klitschko. But when they fight fellow B-level guys, they consistently deliver the sort of violence we crave.

There are others worth keeping an eye on. At 6-foot-9 and just 24 years of age, Tyson Fury is an intriguing work in progress, though he might want to work on slipping his own uppercut. Kubrat Pulev is the Great Bulgarian Hope; earlier this year, he knocked out Alexander Dimitrenko with a jab. Denis Boytsov, an aggressive, smaller heavyweight, might turn out to be what insiders once hoped Povetkin would be. Offense-minded Magomed Abdusalamov is as intriguing as any fighter who’s been knocked down by a 42-year-old Jameel McCline could be. Bryant Jennings and 2008 Olympic bronze medalist Deontay Wilder are a couple of undefeated Americans who’ve shown flashes of potential.

Am I getting carried away, projecting my hopes on a mediocre lot of big men? Perhaps, to an extent. But these are legitimately exciting fighters. Even if none of them pan out in terms of carrying the championship torch, there currently exists an extremely deep collection of heavyweights capable of producing a stirring series of fights in a Klitschko-free subset of the division. And who knows, based on last weekend’s Klitschko-Wach fight, we even might be entering a new phase in which the Klitschkos aren’t mind-numbingly boring every time out. Most boxers do get more exciting as they get older and their reflexes begin to dull, after all.