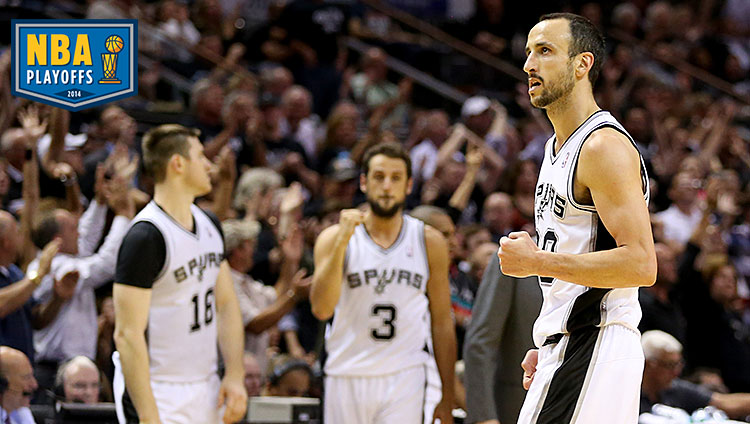 There are no superheroes, but last night Danny Green sure looked like one. He made seven of his 10 shots from beyond the arc. But Green’s success is not just individual in nature; more often than not, his long-distance looks are merely punctuation marks at the end of long, beautiful basketball sentences, commissioned by his coaches and crafted by his teammates.

Such was the case both last night and throughout the regular season.

Ninety-two percent of Green’s 3s during the regular season were assisted, as were six of his seven in Game 2, last night. The Spurs pass the ball more than any other team in the NBA, and all of that passing facilitates the kinds of wide-open looks on which spot-up shooters like Green thrive. Wednesday night, the cohesive beauty of the Spurs offense was on full display, and perhaps the most striking example came late in the second quarter.

The most remarkable pass of the evening was a lefty baseline fastball thrown by San Antonio’s creative southpaw, Manu Ginobili. The pass spanned almost the entire width of the court before landing squarely in Green’s red-hot mitts. Making the shot was just a formality.

That particular bucket came off of San Antonio’s well-known hammer action, which is engineered in part to create corner looks for Green and others. Brett Koremenos described the play perfectly for us last June:

“The Spurs’ ‘Hammer’ action, in which a ball handler drives toward the baseline on one side of the floor in order to make a pass to a shooter floating toward the opposite corner with the help of a back screen, is a classic example of San Antonio sleight of hand.”

Different year; same Spurs. In Game 2, it was Tim Duncan picking off Kevin Durant that enabled Green to slide into the weakside corner unattended. Here’s another gorgeous example of the play from Game 3 of the series against Portland. In this case, Boris Diaw finds Patty Mills “open” in the opposite corner.

I say “open” because the crazy thing about this example is that if you look closely, Diaw fires that baseline pass well before Mills is even open, let alone even in the corner. It’s some classic Brady-Welker stuff, only with a big, round, orange ball.

While Green and the rest of the Spurs shooters deserve loads of adulation, it’s also important to remember that many of their open looks derive from the precision of the offense’s actions and the cooperative grunt work of their teammates. Unsurprisingly, in both examples above, it’s Duncan doing the unheralded screening labor that frees up the corner shooter.

"@Whataburger: Now I know where @DGreen_14 gets his super powers pic.twitter.com/kRDLEGmIFh" lmao

While it’s obvious that Green has emerged as a spot-up superhero over the past two years, it’s also important to consider his favorable environmental context; he has become one of the best wing shooters in the game in part due to his own gifts and dedication, but don’t forget he also gets to live in a thriving rain forest where guys with wet jumpers often blossom into playoff legends. 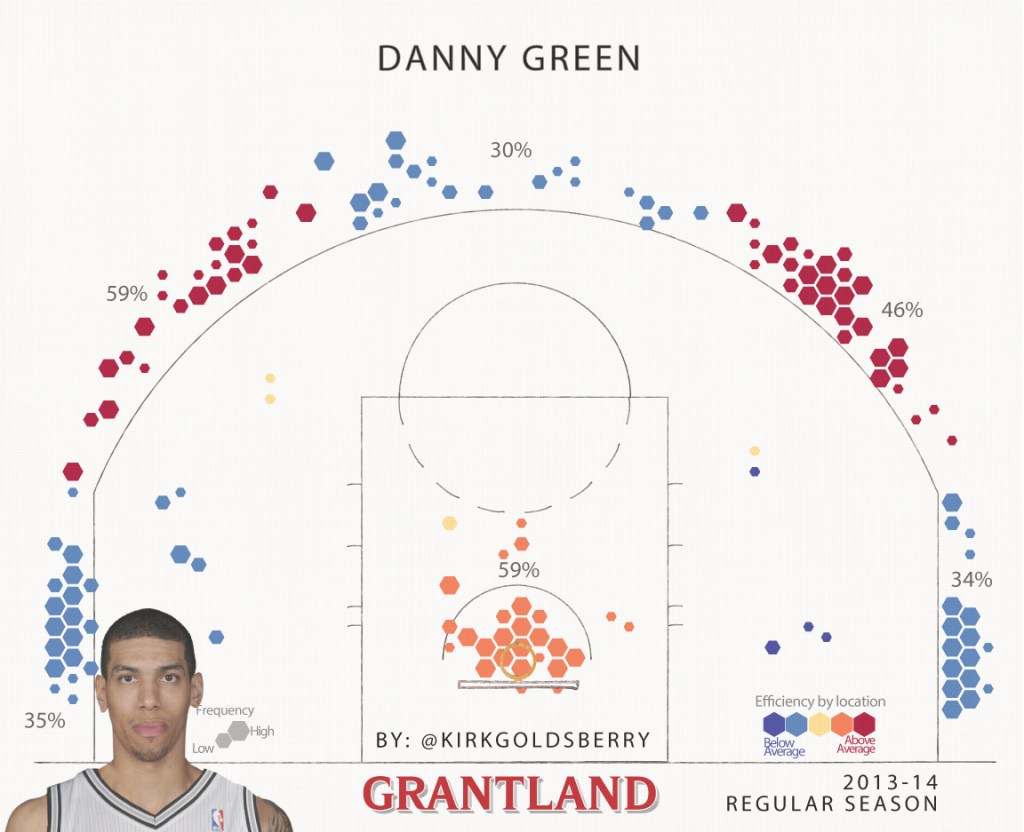