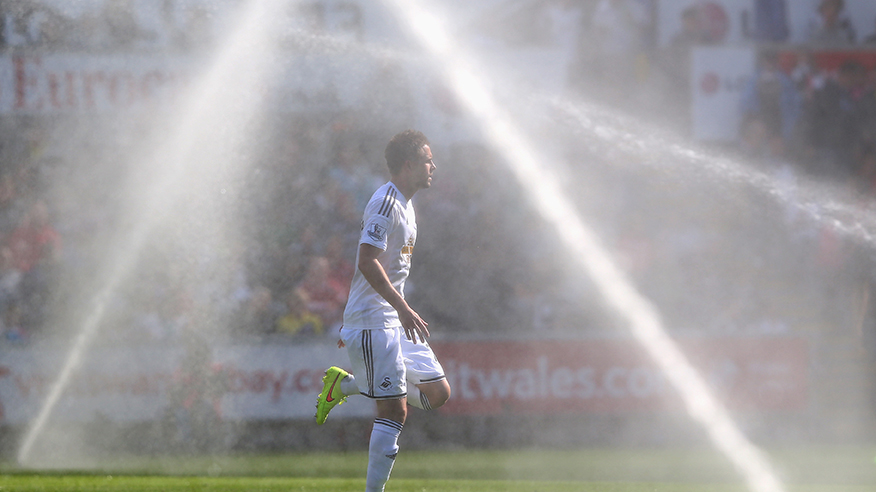 Gylfi Sigurdsson has had a very good couple of months. He nearly got Iceland into the World Cup. He returned to Swansea after a stint with Spurs, and has promptly led the Swans on a great run to start the season. Swansea are currently eighth in the table, three points off the top four, and Sigurdsson is third in the Premier League in assists. As a bonus, he’s helped Iceland to the top of their Euro qualifying group, which makes him Iceland’s talisman, which makes him sound like a Game of Thrones character. After a few years as a small fish in a big pond, Sigurdsson seems like he might have returned to the appropriate-sized body of water for his skill set.

Sigurdsson first made waves with Swansea in the second half of the 2011-12 season. Sitting behind the striker, he scored seven goals and notched three assists over the last 18 games of that campaign. He also racked up a goal scoring rate of 0.4 goals per 90 minutes, which is pretty eye-catching for a non-striker.

Sigurdsson’s exceptional start to the 2014-15 season might not be notable had he not spent a couple of years in the pseudo-wilderness of North London. It wasn’t like he didn’t play. Over two seasons at Tottenham, he played 58 games, sixth most of any other Spurs player over that stretch. And it wasn’t like he didn’t get opportunities to attack — only Gareth Bale and Jermain Defoe took more than his 90 shots over that time span.

But things never quite clicked for Gylfi at White Hart Lane. His non-penalty goals per 90 halved to a more pedestrian 0.2. And he had a grand total of four assists (two fewer than he’s already has this year).

Check out all of our coverage of England's top competition.

At the time, it was reasonable to think that maybe Sigurdsson simply wasn’t good enough for Tottenham. After all, being the most skilled player on Swansea isn’t the same as being the most skilled player on Spurs. Maybe Sigurdsson just wasn’t built for a supporting role. That would mean that he wasn’t good at doing the off-the-ball things — movement, defensive pressure, and positioning — that have an increased importance when you spend more time without the ball at your feet. 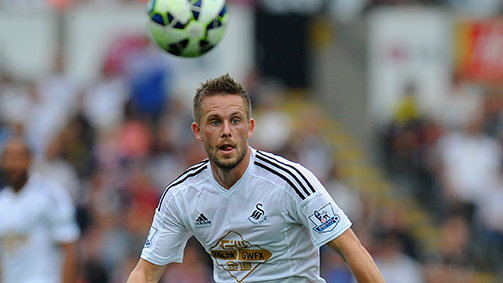 He spent a year playing wherever Gareth Bale didn’t. The soon-to-be Galactico was evolving from left winger to roving, attacking midfielder to right winger. After Bale left, Sigurdsson continued to be relegated to the wing, for reasons that are locked deeply inside the darker places of Andre Villas-Boas’s brain. Realistically, it probably had to do with wanting Sigurdsson, and his dangerous right foot, to cut in off the wing and ape the scoring prowess that Bale had provided (and if we dig deeper into AVB’s origin story, Hulk at Porto as well). Later, after AVB was fired, Tim Sherwood, as part of his continuous effort to keep soccer writers the world over entertained, tried to play everybody everywhere. Somehow he failed to play Sigurdsson at his preferred position.

In retrospect, was it really the case that Sigurdsson wasn’t good enough? Or was he a victim of the chaotic, confusing, tactical circus in effect at Spurs over the past couple of seasons?

Whatever the reasons, it’s not like Sigurdsson’s obvious talents disappeared overnight. And now that he’s back with Swansea, he’s been responsible for some amazing stuff. The team has scored nine non-penalty goals; he’s assisted on six and scored another. That’s virtually all of the attack running through him.

Swansea’s strong start to the season has slowed down somewhat. They’ve taken only two points from their last five Premier League matches (although there was a nice League Cup win over Everton sandwiched in there). Realistically, this team isn’t good enough to compete at the top of the Premier League over the course of the season. That’s at least in part because they don’t have very many other options like Sigurdsson when it comes to creating chances. Still, the fact that they’re here is a testament to exactly how good he has been.

The arc of his young career — he’s still only 25 — is testament to something else. A player’s relative success isn’t always up to him. Oftentimes, it has as much to do with his teammates and managers around him. Sigurdsson is the same player he always was. It’s just that after two years in the tactical ocean, he’s learning to swim again.

Rich Rodriguez and Arizona, Playing From Minute One