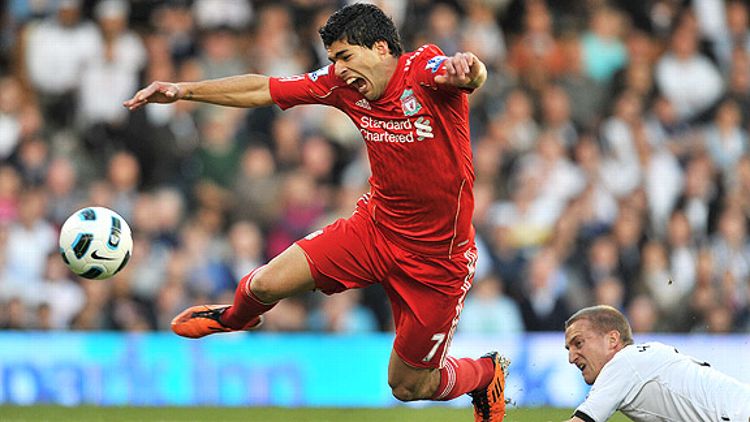 It was all about the derbies in England this past weekend as traditional local rivals endeavored to once again smite each other. Michael Davies and Roger Bennett discuss the biggest Premier League storylines, including the virulent three-part harmonies of supporter groups, the evil malice of Luis Suarez (better known as Liverpool’s Anne Hathaway), and the David Copperfield-coined phrase “anticipointment” surrounding iconic Arsenal.

The Men In Blazers are then joined by Simon Kuper, a bona fide, grade-A genius, and author of Soccernomics: Why England Loses, Why Germany and Brazil Win, and Why the U.S., Japan, Australia, Turkey — and Even Iraq — Are Destined to Become the Kings of the World’s Most Popular Sport. He helps shed light on the art of sportswriting, France’s distaste for concession stands, and which nations are poised for future glory (think GDP, population, and a lack of scurvy).

Michael Davies and Roger Bennett host Men In Blazers on SiriusXM Ch. 92/207, Mondays and Fridays 9 a.m. EST. Follow them on Twitter at @embassydavies and @rogbennett or check out meninblazers.tumblr.com.