Good-bye to All Cats: Watching Charlotte in the Torture Chamber 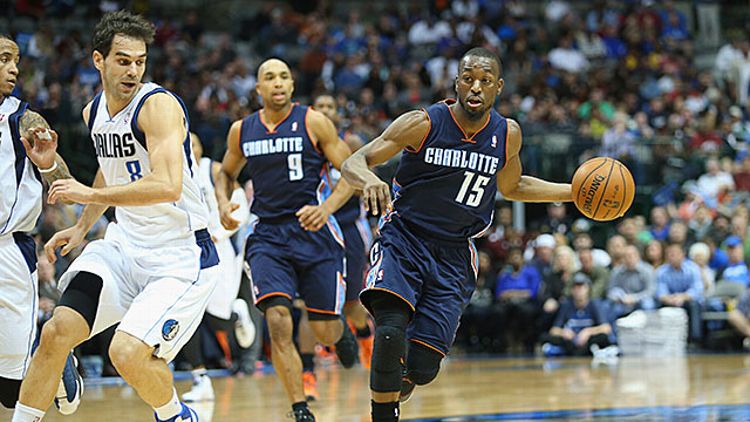 Though the transition back to being the Charlotte Hornets in the 2014-15 season is purely superficial, it still leaves this year’s Bobcats in a strange situation. On one hand, the best thing the Bobcats can do to usher in this new era is suck. Selecting one of the many potential stars at the top of the upcoming draft is exactly what the team needs to complete its makeover. It helps that Charlotte could potentially have three first-round picks in 2014 — Portland’s top-12-protected pick, Detroit’s top-eight-protected pick, and its own first-rounder, which goes to Chicago if the Bobcats fall out of the top-10 range. On the other hand — and maybe this is a bit too romantic a notion — wouldn’t it be neat if the Bobcats’ last hurrah led them into the postseason? For the first time in nearly four years, it’s a possibility. The East is in ruin. Why not try giving this novel “winning season” concept a shot?

If the Bobcats ever had a player as adored as the greats of the Charlotte Hornets era, it was Gerald Wallace, maybe the only man to ever play basketball as though he were an NFL safety. Through concussion and collapsed lung, he set the tone for a tone-deaf franchise and emerged as one of the most unique players in the modern NBA. As his aging soul rots on the Celtics bench, he might be pleased to know that the ghost he left in Charlotte seems to have possessed this new generation.

The Bobcats had the league’s best defense in 2009-10, Wallace’s lone All-Star year and the franchise’s only winning season. So far this season, with rookie head coach Steve Clifford at the helm, they have the third-ranked D in the league, allowing a touch under 98 points per 100 possessions, per NBA.com. This is crazy; it’s crazier still when you remember the Bobcats were the absolute worst defense in the league last year, and that the only major change made to the roster was adding a plodding, score-first big man with a nonexistent defensive rep.

So, about Al Jefferson: The Bobcats are a better defensive team with him around, allowing three and a half fewer points per 100 possessions when he’s in the game than when he’s not. He’s being active, cutting off the baseline and making good use of his quick hands instead of using his slow feet as a crutch. As a whole, the team has been attentive and full of effort.

Gerald Henderson and Michael Kidd-Gilchrist are one of the best defensive duos in the league, giving the Cats a defensive rating of 89.8 when the two are on the court together. While MKG’s offense has remained a nonfactor, the Gerald Wallace force is strong in him when it comes to his impact on the Bobcats defense, with on/off numbers that come close to Larry Sanders’s with the Bucks last season (he’s also Sandersesque in his foul magnetism).

In theory, it’s heartwarming to see the Bobcats excel in a very important aspect of the game. In reality, it makes Bobcats games completely unwatchable.

I’ve taken to calling Bobcats games “torture chambers.” Like in 2009-10, the only objective these Bobcats have is to make the game as painful for both teams as possible. Charlotte plays stout team defense, but also mucks up the flow of the game making a living at the free throw line. The team is third in free throw attempts per game, and it’s largely because there seems to be an unspoken rule that every single player who touches the ball is required to use at least one pump fake or ball fake before proceeding with the offense. Fake the ball enough times and teams will start fouling you out of boredom.

Unfortunately, with MKG leaving last night’s game with a fractured left hand, it looks like the one thing that kept the Bobcats in games will lose its luster. For a team without any hope of becoming even a below-average offensive team, the slight dip from an “elite” defense to a “very good” one is enough to make the near future pretty damn bleak.

The depressing thing about the Bobcats (aside from everything) is they are willing participants in the torture chamber they’ve built. If it weren’t for all the self-inflicted wounds the Bobcats give themselves on offense, there would be no question about this team being a playoff contender. To sum up the offense: Josh McRoberts is the team’s best passer and most reliable 3-point shooter. Outside of McRoberts and Anthony Tolliver, not a single soul on the roster can be trusted to make a shot beyond 19 feet, and that includes seldom-used Ben Gordon, a career 40 percent 3-point shooter. Henderson takes 57 percent of his shots from midrange (most in the form of fadeaways) and converts 36 percent of them. Jefferson is still ol’ reliable, but without any perimeter help Big Al is stuck with an unbearable load. Kemba Walker can make the memorable, picturesque plays, but isn’t consistent enough for those plays to matter, and they don’t happen that often anyway.

It appears I’ve misplaced the optimism I came in with. Maybe checking your adorable hope at the door is a prerequisite to following the Bobcats in any capacity.

Next year, they’ll try to give that hope a place to live. They’ll dye themselves purple and teal and reabsorb a familiar moniker and ethos. They’ll try to accomplish what two uniform overhauls in the past four years could not. They will be Charlotte Hornets once again. The nest — once home to men like ‘Zo, Grandmama, Muggsy Bogues, Eddie Jones (yes, his one full season with the team counts!), and a young and electric Baron Davis — will be reformed. The hope is these signifiers will be enough to help you remember, to help you forget.

The Bobcats were up by 12 at one point in the third quarter last night, but the lead eroded gradually after Kidd-Gilchrist left the game. MKG, arguably the most vital piece to the Bobcats’ success this season, will be out for an undetermined amount of time. He’s collecting all of these injuries, just as Gerald did before him. Clifford’s puzzling lineup choices in the fourth signaled a white flag. They were going to lose, and they knew it. That’s their identity, and it always has been. Maybe the thought of them riding off into the sunset in a rah-rah, underdog fashion is too romantic. Maybe there’s just no escaping the Bobcats as they were, as they are.