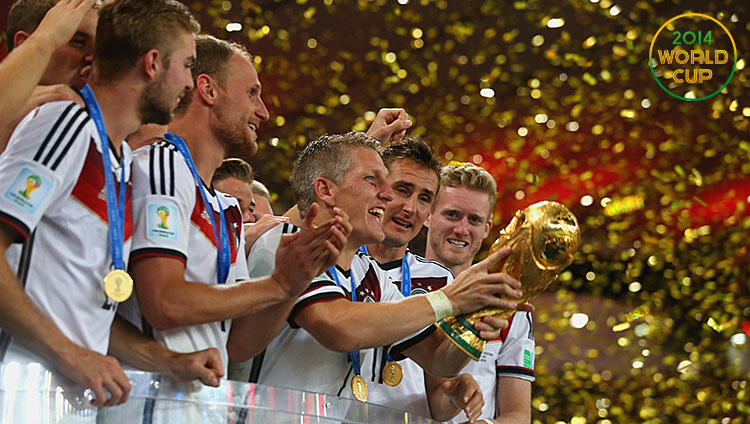 Watching sports is, among other things, a special way of experiencing time. Sport is like music or fiction or film in that, for a predetermined duration, it asks you to give it control over your emotions, to feel what it makes you feel. Unlike (most) forms of art, though, a game has no foreordained plan or plot or intention. The rules of a game impose a certain kind of order, but it’s different from the order of an artwork. A movie knows where it wants to take you; no one can say in advance where a game will go. All of its beauty, ugliness, boredom, and excitement, all of its rage and sadness emerge spontaneously out of the players’ competing desires to win. For however long the clock runs, your feelings are at the mercy of chance. This happens and then this happens and then this happens. You’re experiencing, in a contained and intensified way, something like the everyday movement of life. 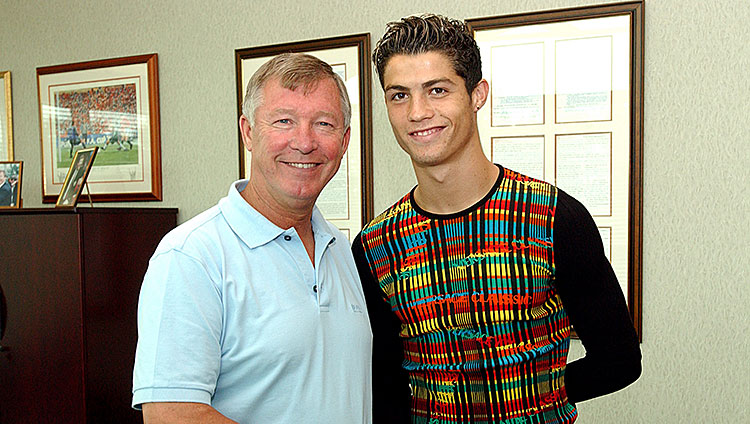 Yesterday, for instance, Germany beat Argentina, 1-0, in the final of the World Cup. Before the match, while I was watching the players sing the national anthems, I started thinking about how terrified they all looked. I mean, the paradox of that — that they were sick with dread and yet exactly where they wanted to be in life, playing in the World Cup final. Going to pieces inside and yet standing in the Maracanã, a place they’d dreamed of reaching. They could feel that way, of course, precisely because nothing in sport is foreordained, because at that moment all the possibilities of the match were still open. Germany could win by six goals again or Lionel Messi could score a hat trick and rewrite the history of soccer. Someone could be a hero or someone could score an own goal in front of hundreds of millions of people and never be the same again. 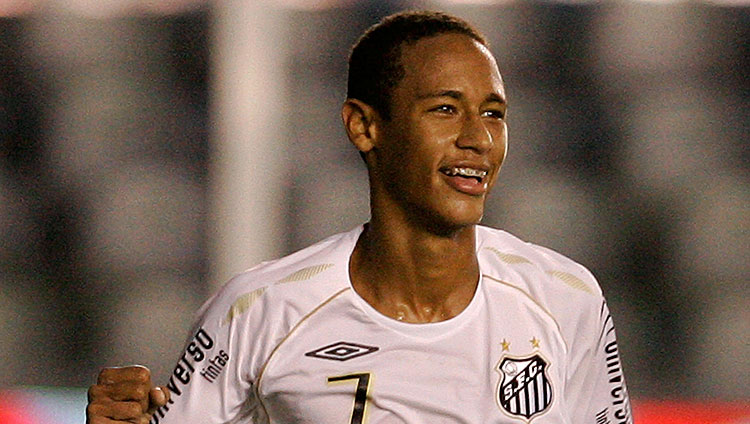 We obsess over narratives in sport. We groom them. We rehearse them. We decide in advance how they’ll develop based on the outcomes we expect. If Messi wins the World Cup, he becomes greater than Maradona, the greatest ever to play the game. If he loses, the dragon eats the prince with the silver shield. It’s a strange thing, though, that so much of our concern with narrative involves anticipating events before they happen. A story, when it’s about real life, is usually a way of ordering memory. The reality of everything that happens is too immense to hold on to, so we take the highlights and arrange them into an order that at least feels plausible. In sport, though, we’re constantly setting out the stakes ahead of time. If the prince with the silver shield takes the black castle, he has a chance to be the greatest king in history. We tell stories with no endings. We tell stories that may not come true. 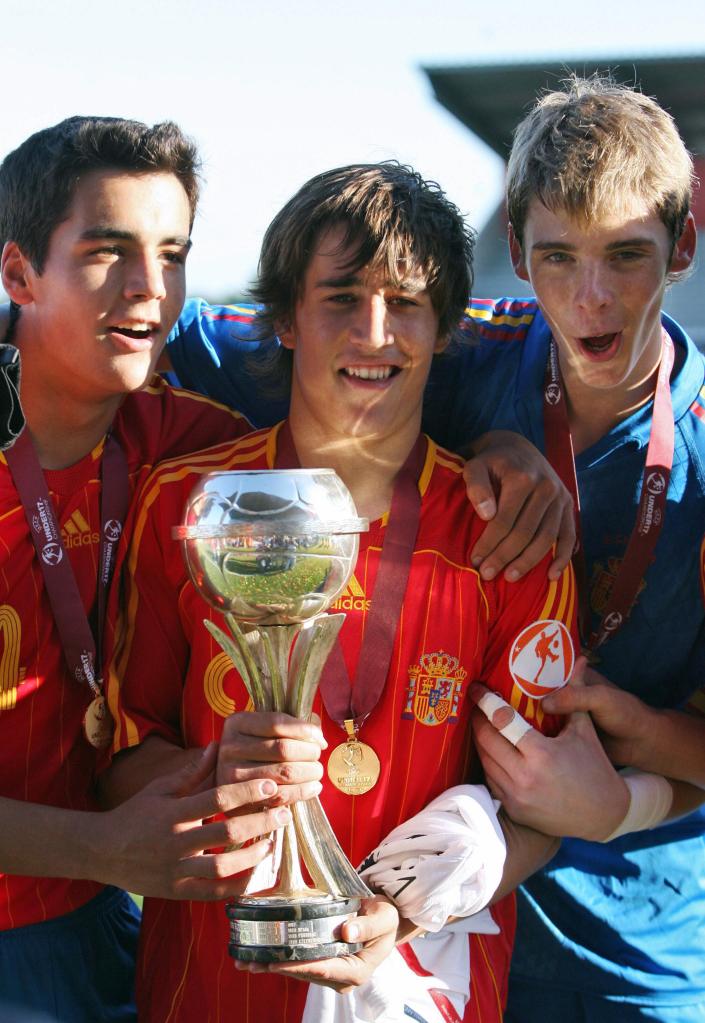 Partly we do this as a way to manage our excitement before a big game. But partly, I think, we do it for the same reason the players glare so fiercely and sing so loudly during the prematch anthems. We do it because uncertainty is awful to live with — much more terrible in many ways than disappointment. Writing narratives in advance is a way to treat the future as if it were a memory, a way to gain a small measure of control over the unbearable open-endedness of things. Because an event like the World Cup is both long-running (it lasts a month, an eternity for a tournament that occupies the whole world’s attention) and intensively finite (it builds toward a climactic last match), it’s a perfect vehicle for confronting unpredictability. It’s a perfect vehicle for turning possibilities into stories that we can tell. 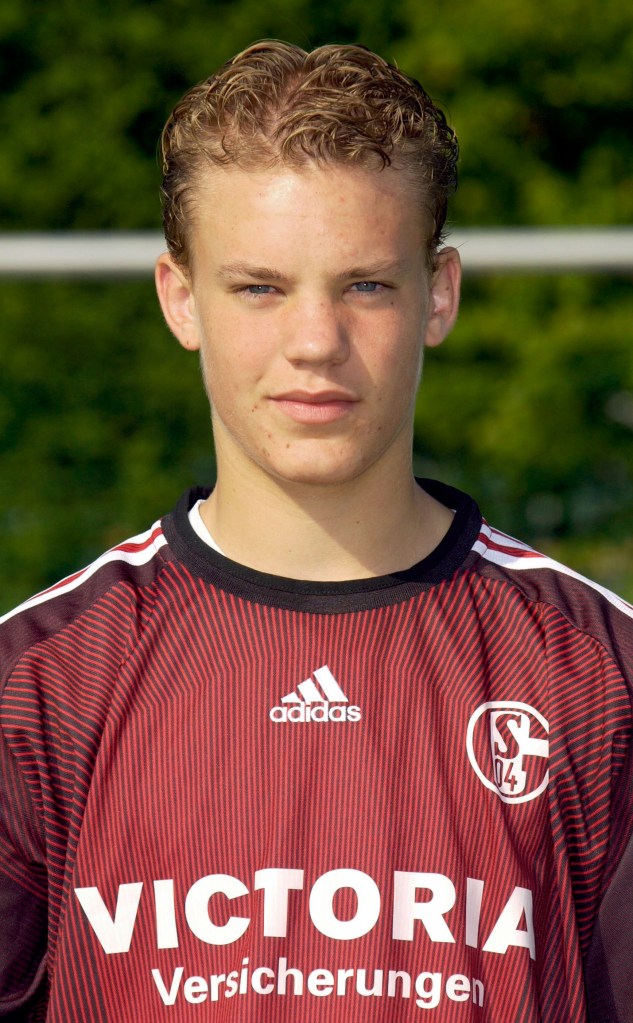 I made a list of the moments during the past month that stood out the most to me. I thought about Robin van Persie battering in that header from hell against Spain. James Rodríguez celebrating his goal against Brazil with the giant locust on his sleeve. Júlio César sobbing after blocking two penalties against Chile. Neymar being carried on the stretcher off the pitch at Fortaleza. I thought about the huge moths in Manaus, about the savage rain before the USA played Germany in Recife. I thought about Tim Howard’s 16 saves. About John Brooks’s goal against Ghana. Luis Suárez belting the ball past Joe Hart to beat England in the 85th minute. Suárez biting Giorgio Chiellini. I thought about Louis van Gaal subbing in a new goalkeeper before penalties against Costa Rica. About Tim Cahill’s volley against the Netherlands and Messi’s long-range winner against Iran. I thought about the stunned silence on Copacabana after Silvestre Varela leveled the match in stoppage time against the United States. I thought about watching the second half of Brazil-Mexico at a little TV on the beach at Ipanema, surrounded by civil police. I thought about 7-1, the astonishment of that. About Miroslav Klose breaking Ronaldo’s scoring record. About Miguel Herrera losing his mind. 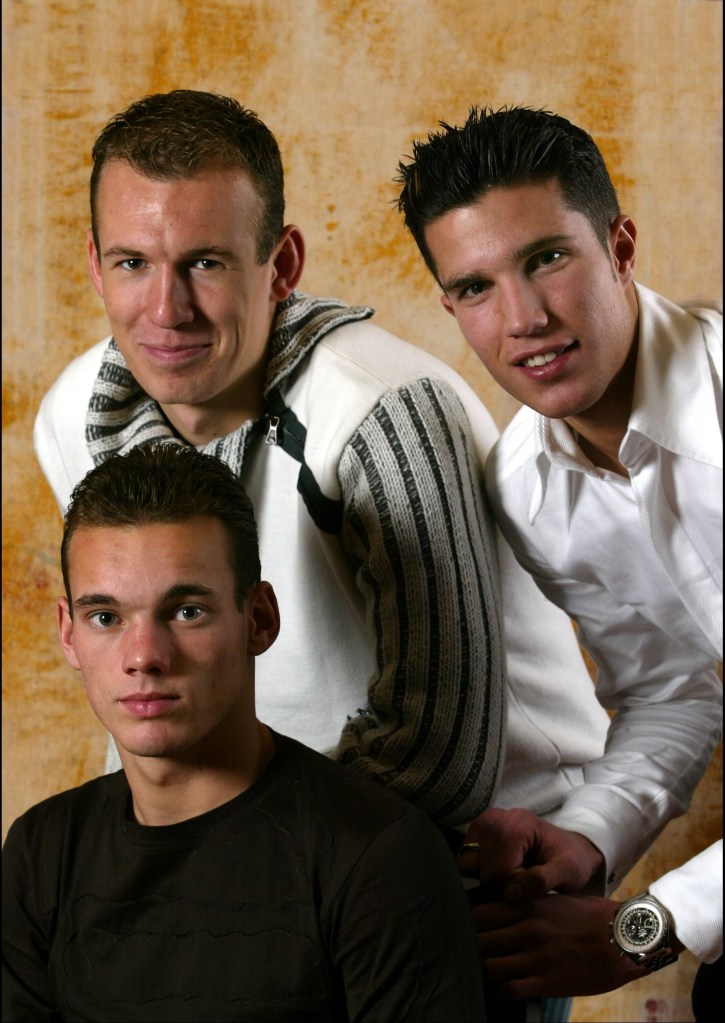 It’s so obvious it seems stupid to say it, but a month and two days ago, all of that was mere potential. It’s strange, at the end of an event like the World Cup, after everything is known, to look back at the beginning when nothing was. In the same way, it must be strange for the Argentine players to remember that just a day ago, they did not know that Gonzalo Higuaín would miss an easy chance, that their organized, counterattacking game plan would create opportunity after opportunity that they would fail to convert, that they would take Germany to extra time, that André Schürrle would go tearing down their left flank with the ball in the 113th minute, that his cross would slip between two defenders and find Mario Götze in the middle of the area, that Götze would somehow control the ball with his chest just well enough to strike it with his left foot, strike it as he was sliding and before it ever touched the ground, and beat Sergio Romero for the winning goal. A day ago — no time at all, but a day ago they could still have been world champions. A day ago, so many things were possible that are not possible now. 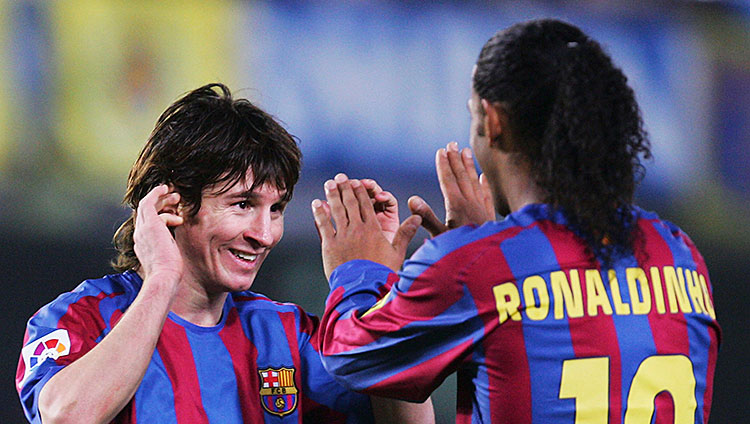 Championships don’t change anything tangible. What they change is stories. Messi is, by any objective measure, as good a soccer player as he was yesterday morning, or a month ago. Given a thousand iterations in some time-transcending one-on-one test against Maradona, he’d win or lose the same number as before. The only thing that’s worse now is his story. He played one so-so game in front of a global audience, and if Higuaín had converted his chance, Messi could have played the same so-so game and still be radiating triumph today. But Higuaín didn’t, and Argentina lost, and players’ legacies are determined by the outcomes of big moments because we’ve decided that that’s what determines them. Messi won the Golden Ball, but he didn’t escape the no–World Cups asterisk he’s saddled with because he happens to come from a country that’s won World Cups in the past.

If a player identical to Messi hailed from Iceland — a country that wouldn’t be good enough to qualify for the World Cup regardless of the talent of its best player — could he never belong in the conversation about the greatest of all time? 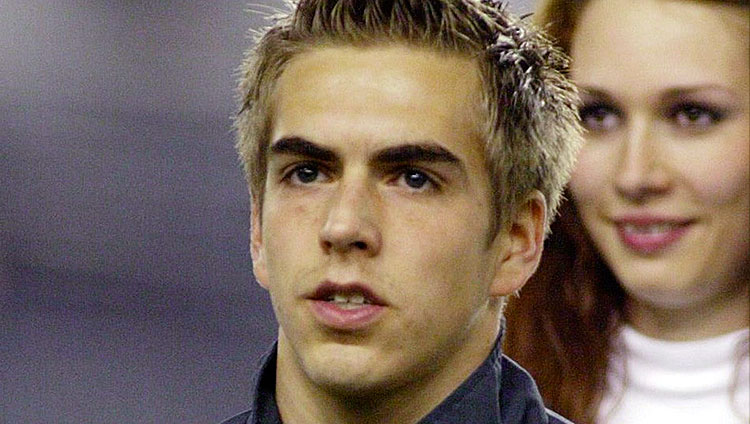 Germany, too, is the same team as yesterday morning. But it won the story. It slew the green dragon on the curtain wall. World Cup finals are inevitably tactical lessons for the teams that aren’t playing in them. Tiki-taka changed the look of world football, even though only Spain and Barcelona ever figured out how to play it. Now Jogi Löw’s tactics will be studied and copied and analyzed for their weak points, and things will change again. It’s not unreasonable, really. Germany was the best team in the World Cup by just about every standard. It scored the most goals; it conceded just four times in seven matches, the same number as Argentina. But had Götze’s toe caught the ball half an inch to the left, the story might have been different, and Alejandro Sabella’s defensive scheme might be the one popping up on blackboards all over the world. 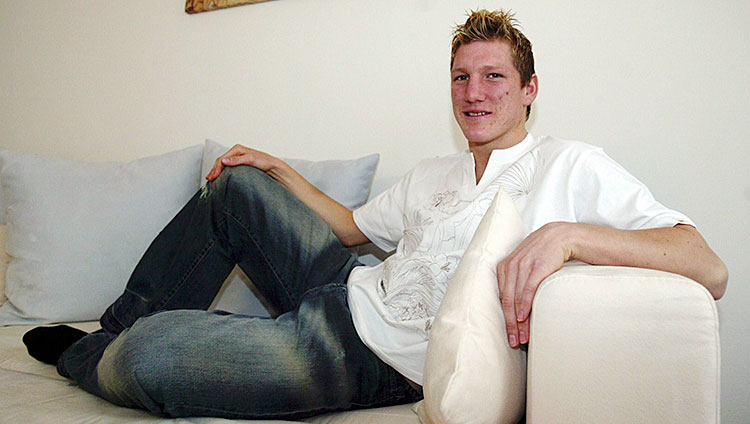 I don’t mean to imply that Germany shouldn’t have won the World Cup; it should have. I just can’t stop thinking about how fragile it all is, what strange currents of contingency carry teams through these tournaments. The clock stops just once before the end of a soccer match, which means the moments you remember emerge, sometimes out of nowhere, from the this-and-then-this of continuous play. The World Cup produces a lot of this-and-then-this. But it’s a month whose rhythm is set to those sudden bursts of amazement. Like a clock that chimes left-footed volleys; like a clock that chimes sobbing in the rain. But when you string those moments together, when you knit them into a narrative — I don’t know. Sometimes the moment before the beginning seems more magical than the moment after the ending, because watching sports is a special way of experiencing time. 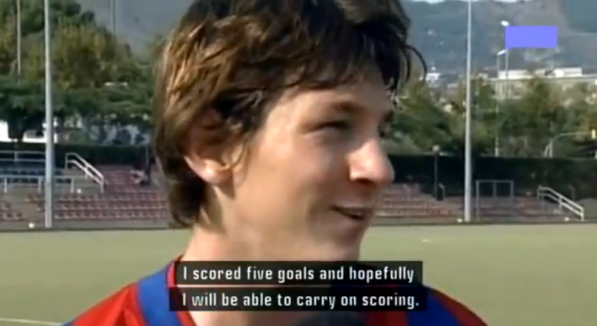 (via The Original Winger)

Something I’ve noticed since I entered my mid-thirties is that no one ever looks the right age anymore. When I see friends I’ve known for years, they’re always a little older than I expect, a little different from the images I’m carrying around in my head. But when I see old pictures of them, pictures from the time when those mental images ought to originate, they look astoundingly, impossibly young. No one was ever as young as they look. They look like elves with goofy hair. So what am I picturing when I think of them? Something that never really existed, probably. Something both finished and unfinished, a story I’ve told myself. We tell ourselves stories to make time bearable. But the World Cup is over now, for all that it meant and all that it didn’t mean. 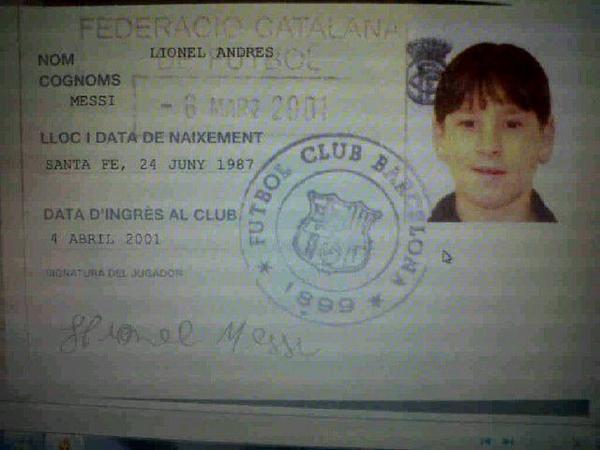