Forget Cabrera vs. Trout: Put This Bit of Crazy in Your Bottomless MVP-Debate Pipe and Smoke It 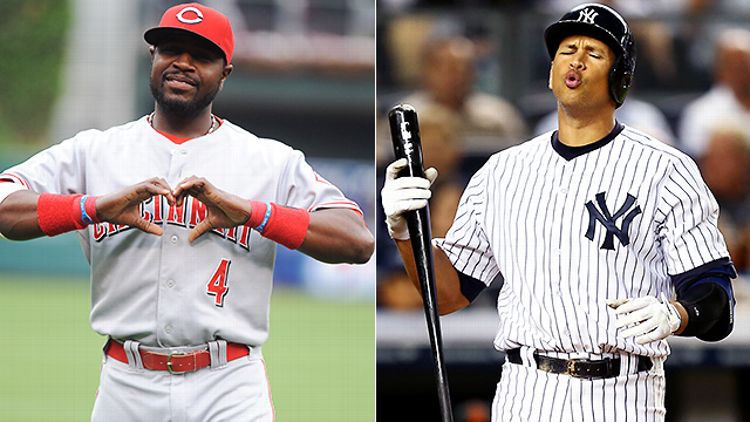 If baseball’s MVP voters allowed objective criteria to guide them, we wouldn’t have much of a debate about which two players deserve to win the award. But without debate, why bother caring about sports? Often, the empirics are so overwhelmingly in favor of one conclusion that the rest of us have to make up retorts in order to argue, or reconcile an individual’s performance with his team’s performance, or simply tell a better story.

After last year’s voters convinced themselves that Miguel Cabrera and David Price had better MVP and Cy Young claims than Mike Trout and Justin Verlander, respectively, I became certain that it’s possible to argue any case as long as you do one thing: Instead of starting with evidence and using it to draw a conclusion, you have to start with a desired conclusion and then cherry-pick the evidence that supports it. You can pick and choose your data, ignore context, and, if necessary, contradict facts altogether. You just have to hope no one calls you on it.

Cabrera and Price were bad awards picks, but we regularly elect people to high office who make crazier arguments than “David Price should win the Cy Young” and nobody bats an eye.

Later today, Cabrera will likely beat out Trout for AL MVP honors for the second year in a row. That’s stupid — but so is once again trying to explain why that’s stupid. Instead, it’s time to sharpen our debate pistons and test the limits of our logical and rhetorical creativity. Because there’s an argument to be made — “there’s an argument to be made,” by the way, is the lifeblood of people who make inane points to get attention — for a couple truly outrageous MVP candidates.

Brandon Phillips Should Be the NL MVP

The hallmark of a great player is his ability to win. Winning is the objective in all sports, and you want guys on your team who know how to win. The MVP is a regular-season award, and the objective of the regular season is to make the playoffs. Paul Goldschmidt and Carlos Gomez were great in 2013, but the MVP isn’t about being great — it’s about being valuable. The Diamondbacks didn’t make the playoffs with Goldschmidt; they wouldn’t have fared any worse without him. The same goes for Gomez and the Brewers. These players’ value is nil.

Phillips, however, was the vocal leader of a Reds team that made the playoffs despite competing in baseball’s toughest division. The Reds didn’t have the benefit of the inexhaustible farm systems available to the Pirates and Cardinals, who — it seemed — could pull key pitching help out of thin air at any time. But the Reds had Phillips.

A position player like Phillips needs to produce runs, and Phillips did: He drove in 103, the fourth-highest RBI total in the league. But he didn’t care about stats. In August, the media questioned Phillips’s performance by citing on-base percentage, an individual metric that’s part of the latest wave of contrived, newfangled stats that don’t measure the player’s contribution to the team. Phillips defended himself like a man does: face-to-face and with heels dug in. He battled someone who wasn’t supporting the team, and he brought that someone in line. So you can talk about OBP, but Phillips’s actions required a level of devotion to the team that’s best captured by another bit of alphabet soup: BAMF.

Ever the team player, Phillips even volunteered to move out of his favored no. 3 spot in the lineup to try to kick-start the Reds’ offense, which, again, was the third-most productive unit in the NL in large part because of Phillips’s run-producing ability. Phillips displayed intangible benefits alien to guys like teammate Joey Votto, who passively took pitches instead of producing runs, inflating his OBP while driving in only 73 on the season.

And Phillips did all this while playing second base. You can find a run-producing first baseman or right fielder anywhere. But Phillips is a middle infielder, and more than that, he’s a Gold Glove winner, the best defensive second baseman in the game.

Phillips’s MVP case rests on a combination of vocal leadership, defensive ability, playing a position of scarcity, and contributing to a winning team under difficult circumstances. Guys like Andrew McCutchen, Brian McCann, and Yadier Molina check three of those boxes … but nobody checks all four like Phillips.

You can disagree, but I know what my eyes tell me: Brandon Phillips is this year’s NL MVP.

Alex Rodriguez Should Be the AL MVP

How’s this for value: Thanks to Alex Rodriguez, the New York Yankees very nearly made the playoffs despite being embroiled in their most disappointing season since the strike. A-Rod trumps Trout, Cabrera, Chris Davis, and others by virtue of the Big Yellow Taxi Theory: You don’t know what you’ve got till it’s gone. The Yankees were 57-54 when Rodriguez made his first appearance of the season in August. That appearance, by the way, came despite overwhelming opposition not only from the league and the media, but also from the franchise itself. No other player demonstrated such a fierce will to help his team. To get back on the field and contribute, A-Rod defied not only the odds and the critics, but his superiors as well.

And his contributions couldn’t have come soon enough. The Yankees, so long defined by their star power, were without Derek Jeter, Mark Teixeira, and Curtis Granderson for most of the season. CC Sabathia delivered the worst year of his career. The Yankees might have been better off if Ichiro had gotten hurt, too — so dire is the impact of getting 555 plate appearances from a corner outfielder with an OPS+ of 75.

A-Rod replaced Jayson Nix in the lineup and made an immediate impact. As expected when replacing the worse Nix brother with one of the best players of all time, the Yankees took off, going 20-13 in Rodriguez’s first 33 games back. That 20-13 record nearly brought the Yankees back into the playoff picture, and you can hardly fault A-Rod for the .500 ball the team played in the first 100 games of the season. Trout couldn’t do that for the Angels. Davis couldn’t do that for the Orioles, even with more help. And if the Tigers had replaced Cabrera with Nix, they’d probably have made the playoffs anyway.

Plus, Rodriguez resurrected his club despite playing under a cloud of media scrutiny that placed all the pressure on him and took it off his teammates. No other MVP candidate overcame adversity the way Rodriguez did.

And remember, the MVP isn’t the “best player” award. It’s the “most valuable player” award. America is a capitalist society, which means we measure the value of a commodity in financial terms. A baseball player is exactly as valuable as the market will bear, and no player’s market bears more cost than A-Rod’s.

For his contribution to winning, his perseverance in the face of adversity, and his bearing out of the simplest and most understandable conception of value, A-Rod has to be this season’s AL MVP.

Our society cannot understand any other choice.