Wait, What, and How: An Abbreviated Encyclopedia of the NFL’s Junk-Pass Masters 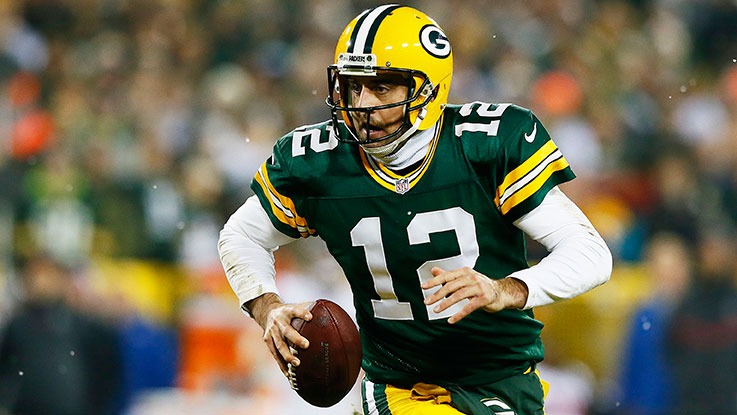 There’s no term for the ball that Tony Moeaki caught from Russell Wilson in the second quarter on Thanksgiving. It’s a “reception” or a “completed pass,” but not all completions are created equal and only a select few are the clear product of legitimate magic. Watch Wilson do his famous reverse pivot to the left before sprinting all the way back right and lofting a ball to his tight end on the sideline.

Today, we’re coining a term: “junk pass.” It refers to plays that shouldn’t happen, that get pulled out of asses, that no one in the stands or on the opposing defense believes. Above, we see Antoine Bethea, mouthguard in hand, looking back in the direction of both Wilson and his defensive line. He offers a raise and drop of the hands that simply says, “Are you fucking kidding me?”

Depending on where you’re sitting, the junk pass is either the most fun or most backbreaking play in football, and 2014 has been a golden year for the form.

Wilson may have a claim to the junk-throw throne, but every time he pulls that spin, he owes royalties to Tony Romo. Romo’s been driving defensive ends insane for nine years now. He leads the league in whiffed sacks1 since 2006, and his best one this year came on a throw that ultimately beat Wilson in Seattle. The natural laws of the junk-pass universe have a way of evening things out.

Romo’s throw to Terrance Williams had all the elements of his junk-pass Hall of Fame résumé. There’s the spin, a flailing defender, a point at a receiver. But the best part: I’m almost positive Williams isn’t the guy he was throwing to. This ball really looks like it’s meant for Jason Witten; for historically good junk throwers, the magic knows no limits.

Williams is clearly a key ingredient of Romo’s current alchemy. The low point of J.J. Watt’s world-ruining season was missing Romo after coming untouched off the edge in Dallas. But that’s the extent of Romo’s power. He can clown a guy who’s looked like an actual superhero against everyone else in the league.

On the tree of junk-pass lineage, Andrew Luck sits closer to Wilson than he does to Romo. Both Luck and Wilson have this preternatural ability to scramble and then gather their momentum just enough to launch a rocket downfield. While Wilson’s arm strength is the most underrated part of his game, it still doesn’t compare to Luck’s. Then again, not many do.

Luck’s most ridiculous plays come in the midst of traffic — either when he’s about to get hit or while he’s dealing with desperate pass-rushers clawing at his feet. (I’m still saying the missile that Luck launched to T.Y. Hilton against the Seahawks last season is the craziest throw I’ve seen him make.) When he combines that cannon with his unreal elusiveness, this happens:

As good as these plays look on the broadcast feed, they’re always better when seen from behind the quarterback. You know, just as a reminder that you could never, ever do this. Seriously, I have about 50 questions about this play.

Philip Rivers: HE BUILT THE BOOKCASE

What the Luck and Romo collections have in common is that these plays look great. The throwing motions are perfect, the ball spins beautifully — it’s the way a coach would teach all of this … if that were actually possible. None of that is true about Philip Rivers. Not a single bit. If Luck’s junk passes look shot out of a Jugs machine, Rivers’s look like he hit them with a rusty 9-iron.

The junk-pass run that Rivers went on early in the season was the best in recent memory. He got throws off from every conceivable angle, with every conceivable trajectory. The future humans who helped Matthew McConaughey save mankind in Interstellar? Actually just Philip Rivers. He’s not bound by space and time.

You could pick any of about five throws from Rivers to Antonio Gates in the Chargers’ win over Seattle. There’s this one:

As much as Romo appears to draw power from Williams, no connection proves the supernatural nature of junk passes like Rivers to Gates. None of those throws exist within the laws of our universe. Science explains none of that. Rivers isn’t limited to Gates, though. Dump-offs to running backs have been a Rivers bullshit special since the Darren Sproles days, and even with Danny Woodhead done for the year, the Chargers have found their share of “Um, what?” plays out of the backfield. Enter Branden Oliver.

Still, for as good as Rivers, Luck, and Wilson have been, this year’s junk-pass MVP has been this year’s actual MVP. The Aaron Rodgers junk-pass highlights from this year are endless.

His across-the-body touchdown throw against the Falcons on Monday night was actually a sequel to a ball he threw against the Dolphins earlier this year, and there are plenty of others just like it. While the throws from Wilson and Luck may be defined by technical perfection, Rodgers’s are defined by nonchalance.

Of all the throws, though, this one still stands out as the best. It came in Green Bay’s throttling of the Bears in Chicago. On a third-and-7 — it’s an unspoken rule that these have to happen on third down — the Bears sent a blitz that forced Rodgers to step up in the pocket. In the course of one second, he manages to avoid three pass-rushers before blindly chucking the ball to the back corner of the end zone — where it lands squarely in the hands of Davante Adams.

It’s fitting that nothing about that play looks real, because according to the record books, it isn’t. The Packers were called for holding, and just like that, maybe the best throw of the season faded into the ether. It makes sense that the best junk pass of all basically never happened, though, because the rest of them probably shouldn’t have either.